A look at Philadelphia hospitals that have closed their doors since 1977.
By Harold Brubaker | Staff Writer

Hahnemann University Hospital, which discharged its last inpatient in late July but is still the subject of an intense legal fight in bankruptcy court, is the 10th Philadelphia hospital to close in the last 20 years.

Each closure is an economic blow, typically costing hundreds, if not thousands, of jobs. Hahnemann, for instance employed 2,500 people in Center City. Closures, like that of Hahnemann, typically uproot patients and families, who sometimes rely on the same community hospital for generations, from familiar ground.

Despite a 33% reduction in the number of licensed acute-care hospital beds since the late 1990s, according to Pennsylvania Department of Health data, the city has always adjusted — in large part because health care is inexorably moving toward a world in which more care is provided outside of the hospital. 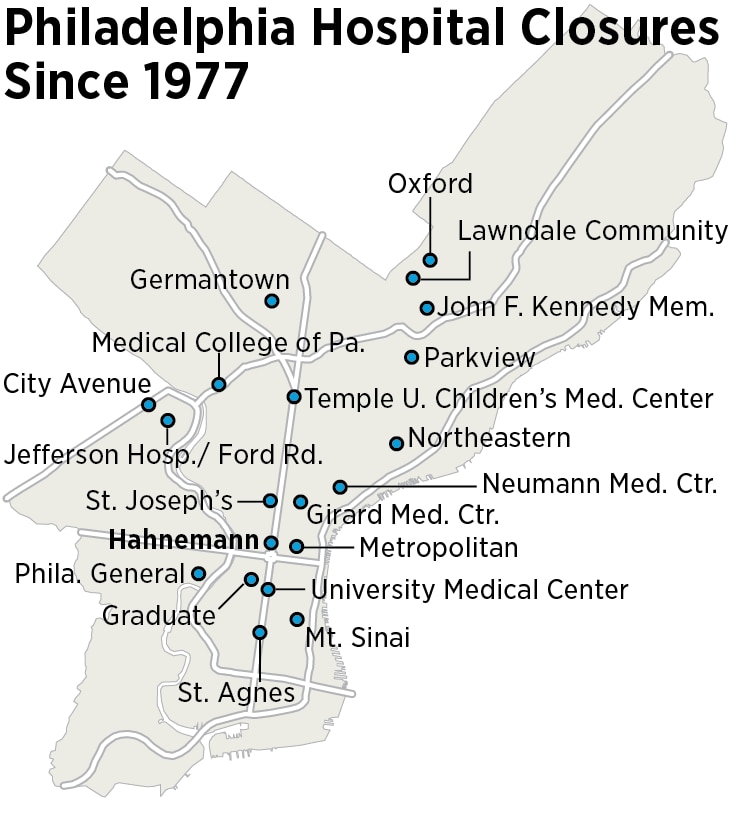 Elective surgeries, such as joint replacements, that 20 years ago required a multi-day hospital stay can now be done on an outpatient basis for some patients. In 1970, mothers spent an average of four days in the hospital for a vaginal delivery, according to the Centers for Disease Control and Prevention. Now, it’s not unusual for them to go home 24 hours after giving birth. That trend means fewer hospital beds are needed.

What’s happened to the hospital buildings? Some, like Mount Sinai in South Philadelphia, have been demolished, others reused as specialized health-care facilities, such as Girard Medical Center, which closed as an acute hospital, but is now used for behavioral health. And, yes, some have been turned into condos or apartments.

As for the 496-bed Hahnemann hospital, some cling to hope that it could reopen, but turning it into a long-term success will be a hard road because many staffers and all the patients have already dispersed to other hospitals. And, given that the hospital had operating losses for the past 15 years, any attempt at finding a path to financial sustainability is bound to be fraught with challenges.

Below is a gallery of historical photos of closed Philadelphia hospitals, dating back to the closure of Philadelphia General in 1977. The closure list is restricted to general acute-care hospitals. 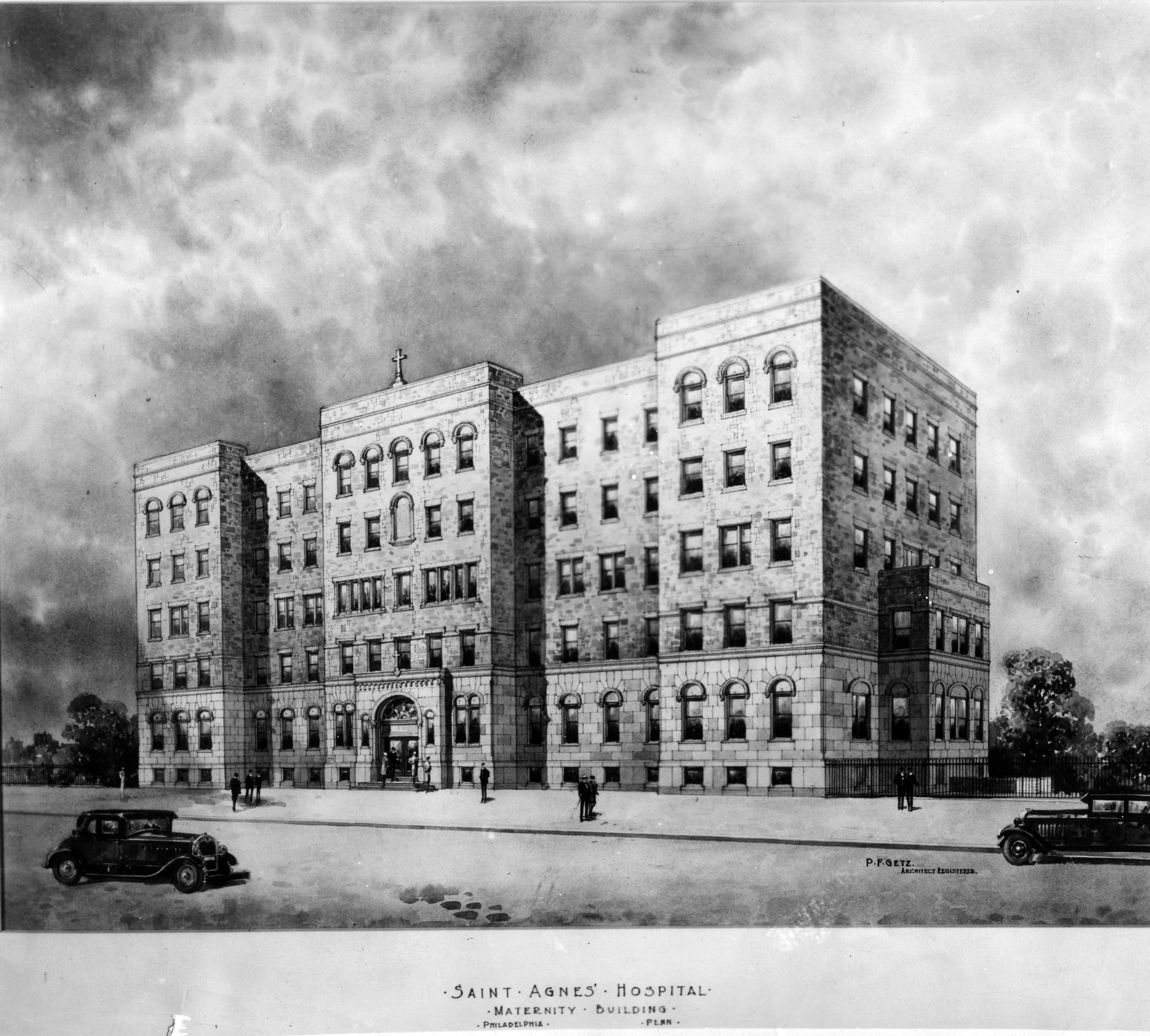 Inquirer archives
Nurses Linda Flannery and Karen Cassidy check out a monitor in the burn unit in 1974.

Current use: Site of new buildings for Children's Hospital of Philadelphia and the University of Pennsylvania Health System 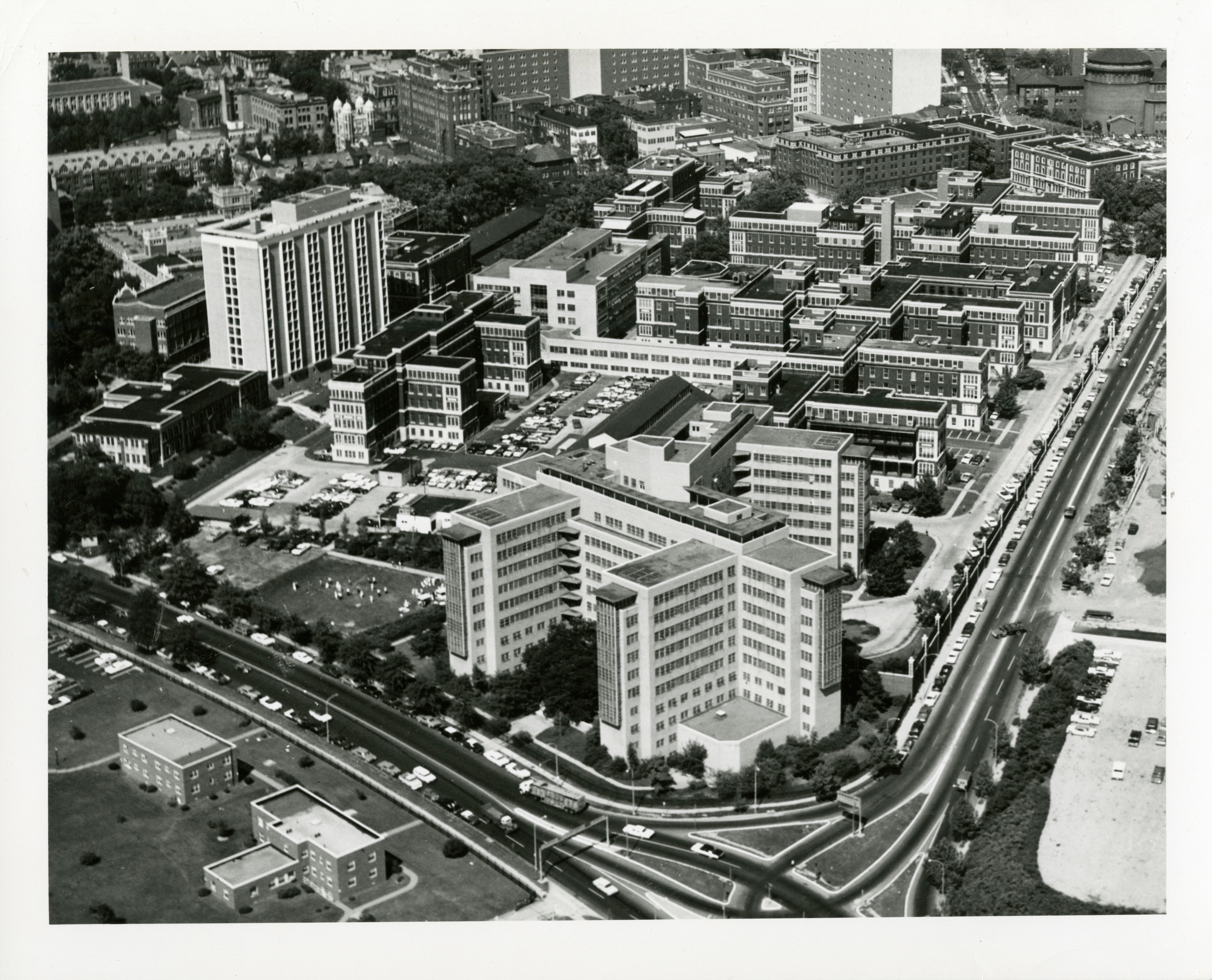 Barbara Bates Center for the Study of the History of Nursing, School of Nursing, University of Pennsylvania
Philadelphia General Hospital, circa 1967, a decade before the hospital closed. 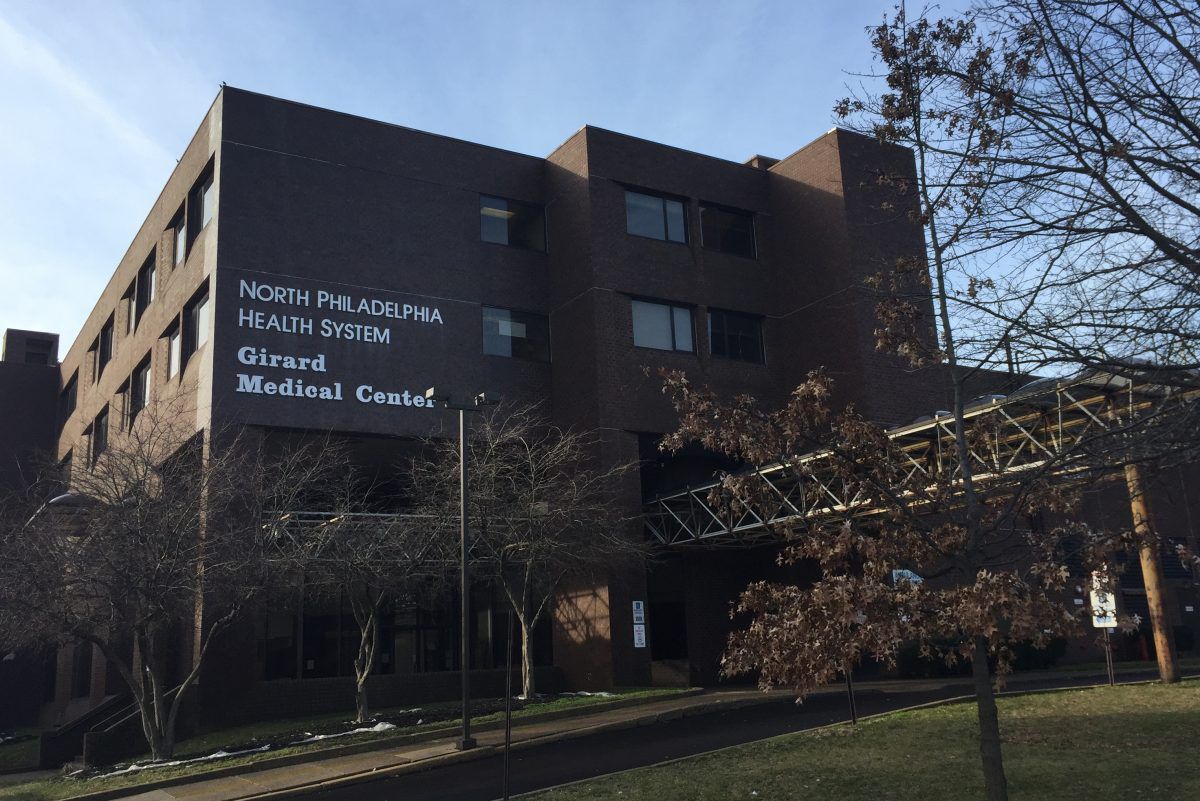 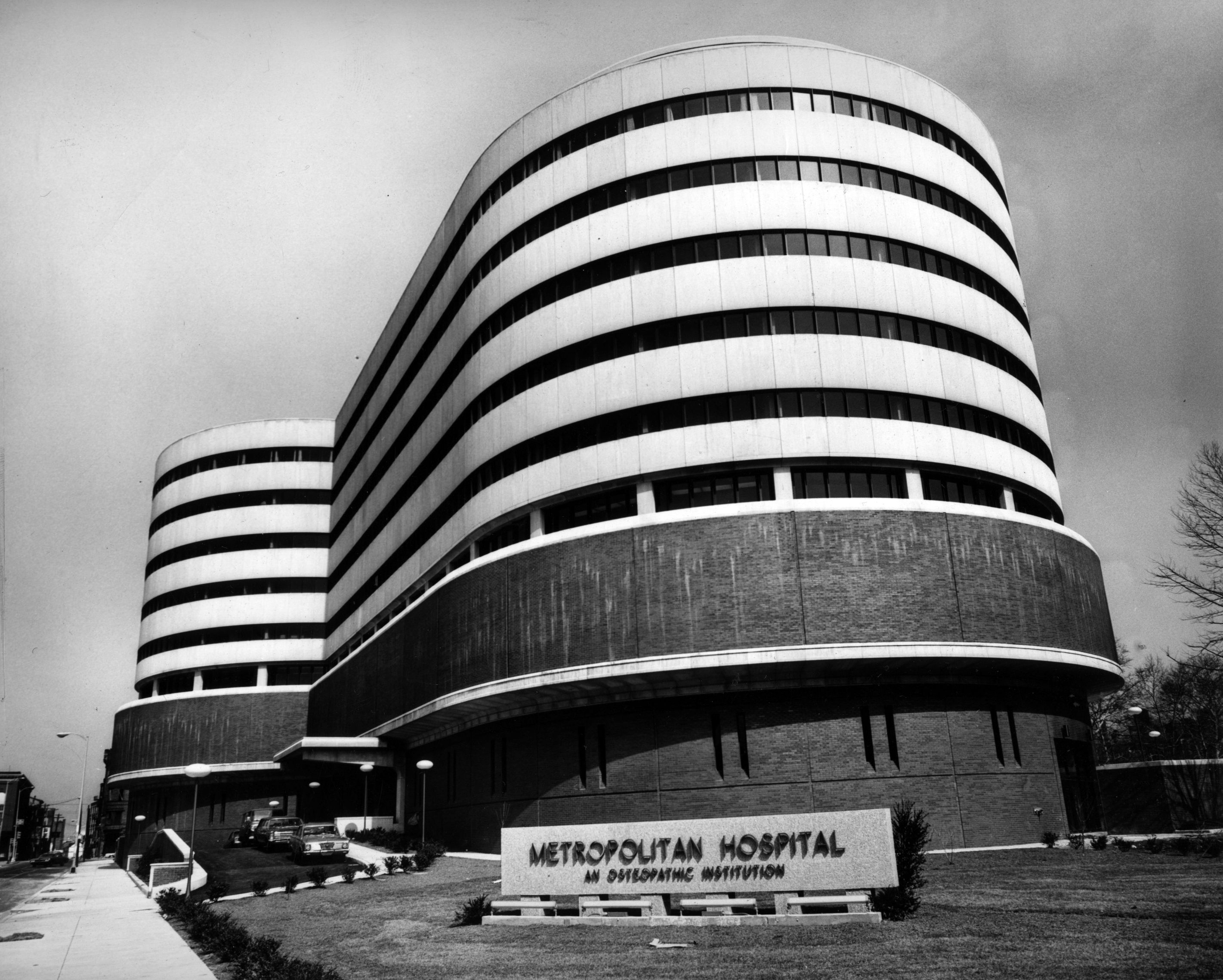 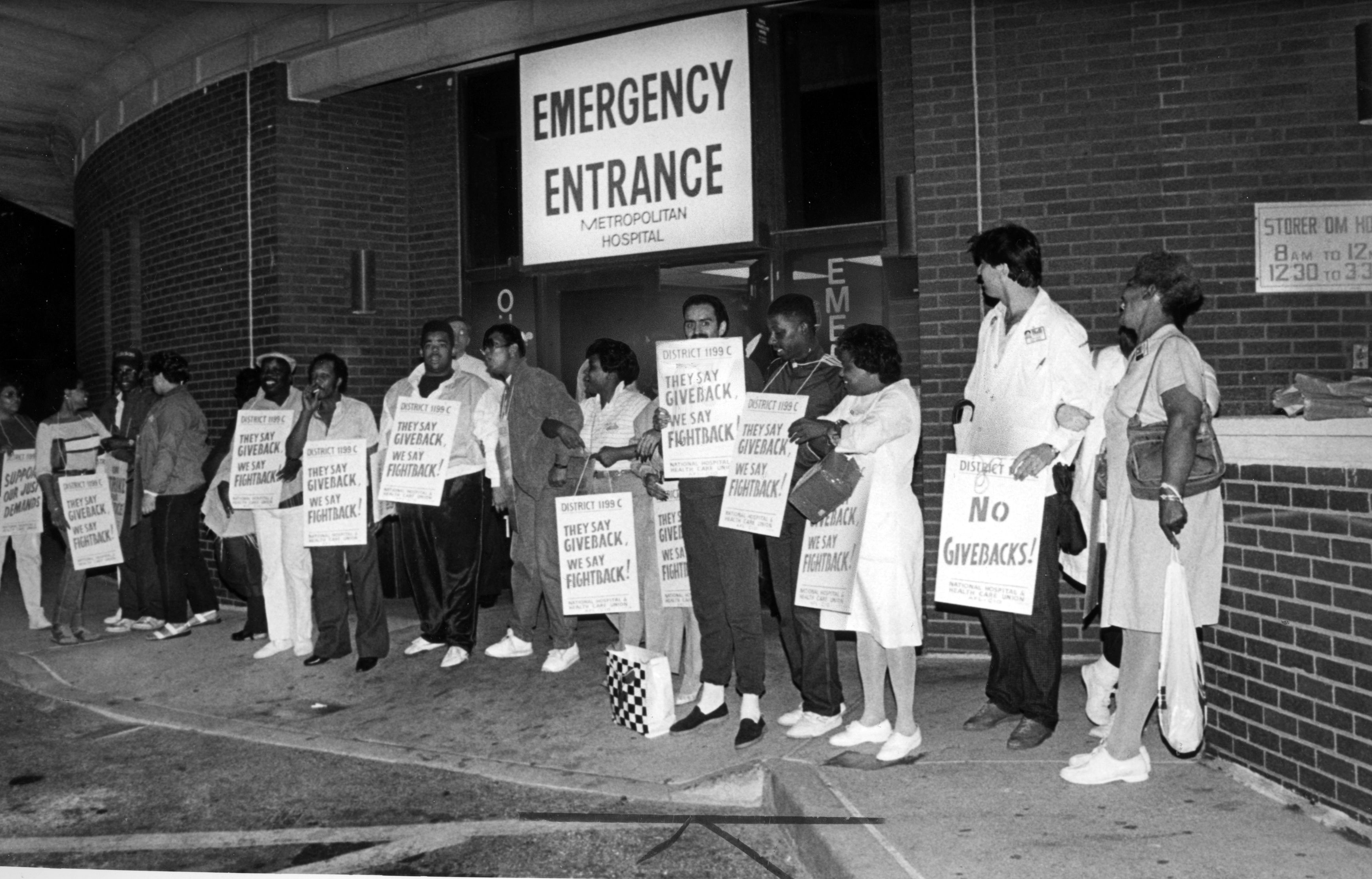 Inquirer archives
Union members picket outside of the accident ward of Metropolitan Hospital in 1986.

Current use: Building demolished in 2016; now the site of a townhouse development 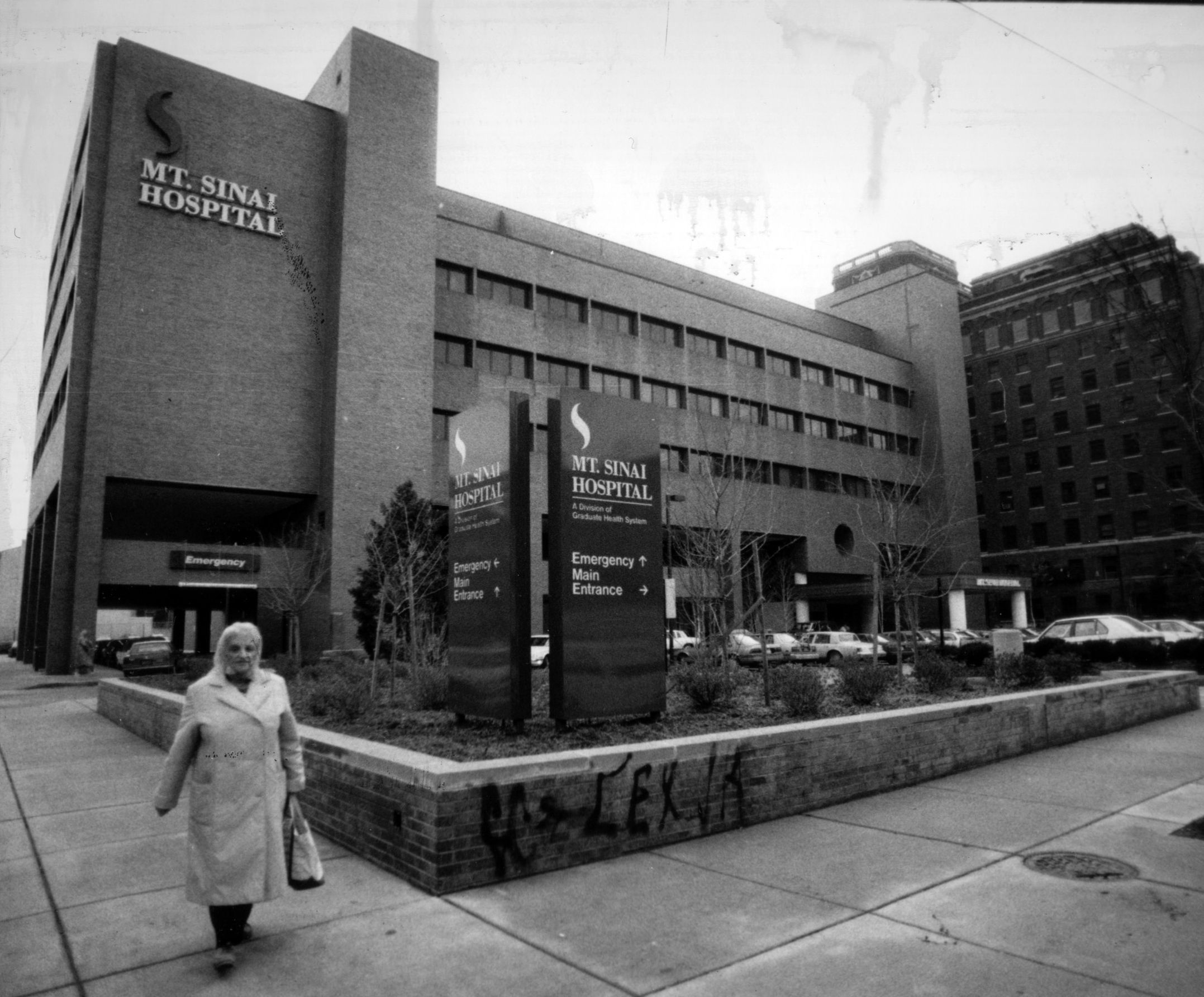 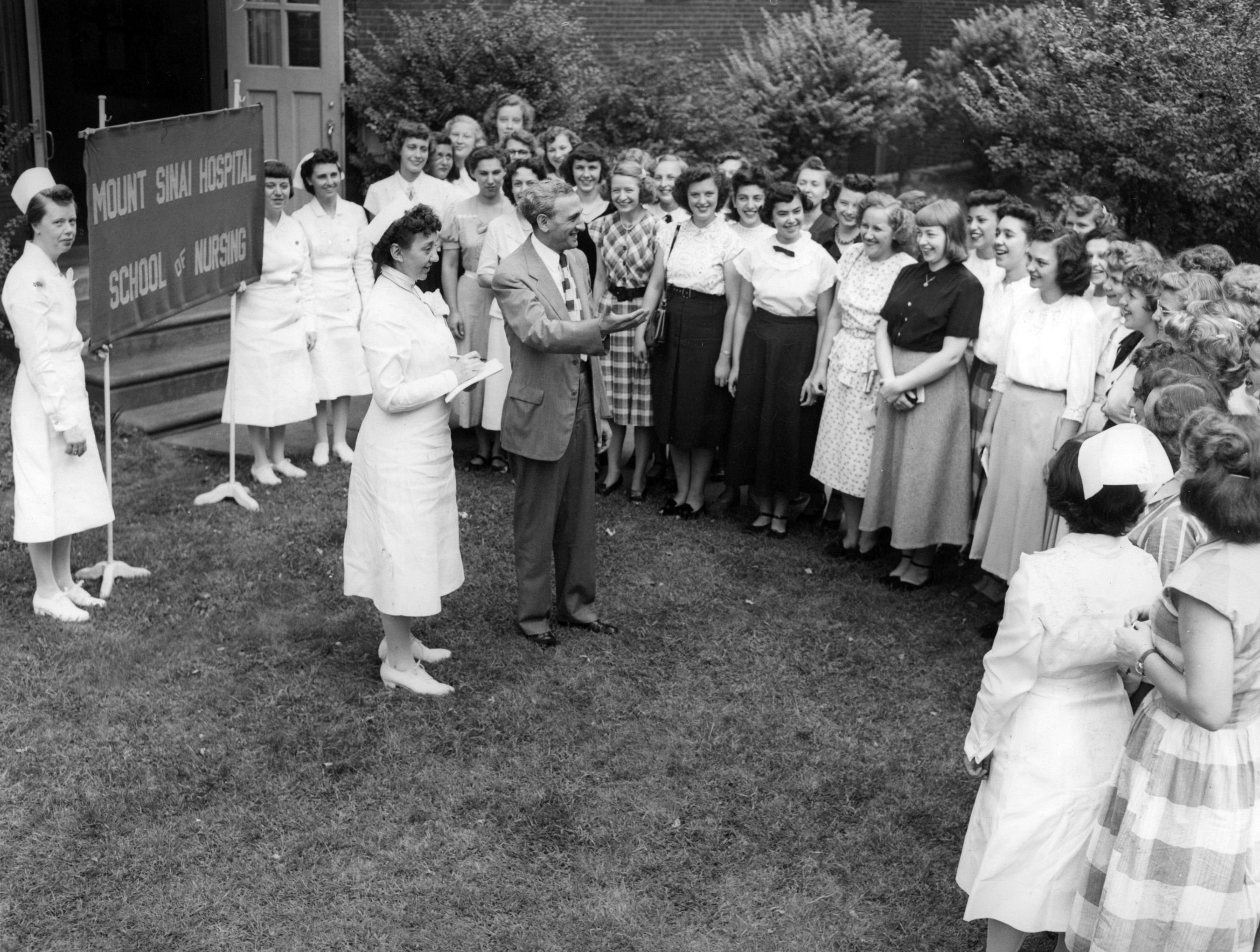 Inquirer archives
A record-breaking class of 43 nurse-trainees are greeted by Clara M. Konrad, Mount Sinai’s director of nursing, and Harry S. Benjamin, hospital director, in 1948, a year in which a critical nursing shortage hit the city. 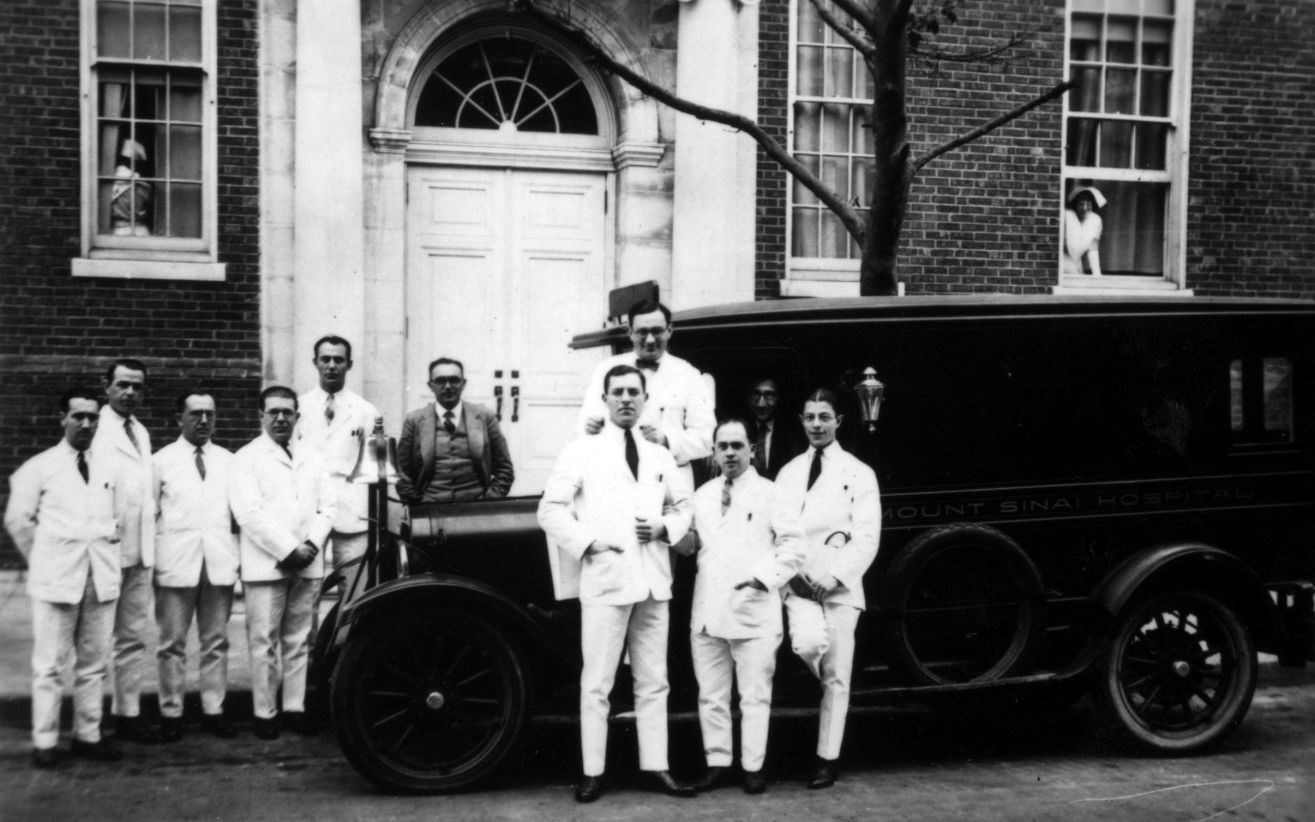 Inquirer archives
Mount Sinai Hospital staff in front of the main entrance on Fifth Street around 1925.

Current use: Nursing home and other medical offices 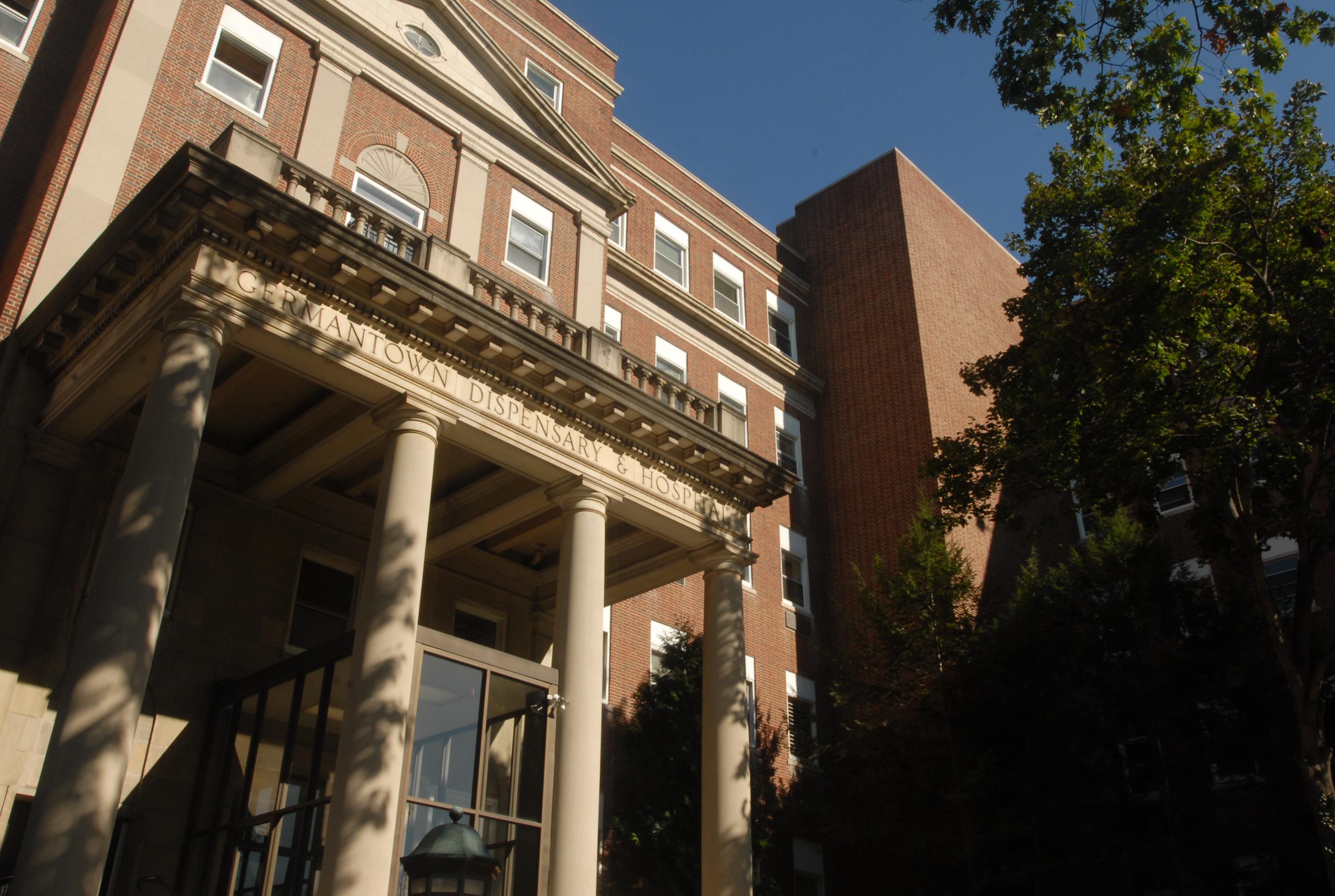 Current use: Site of Cancer Treatment Centers of America 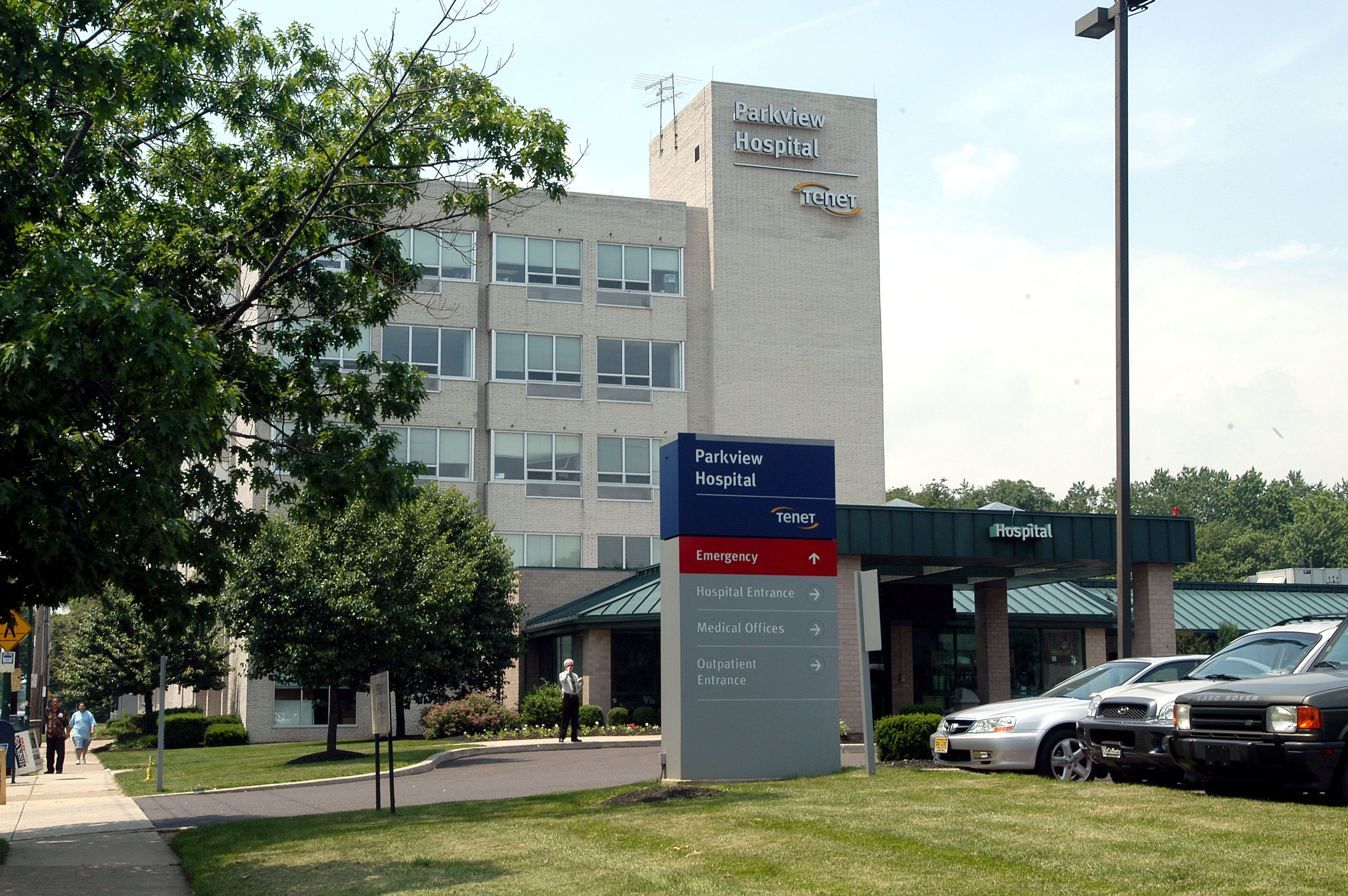 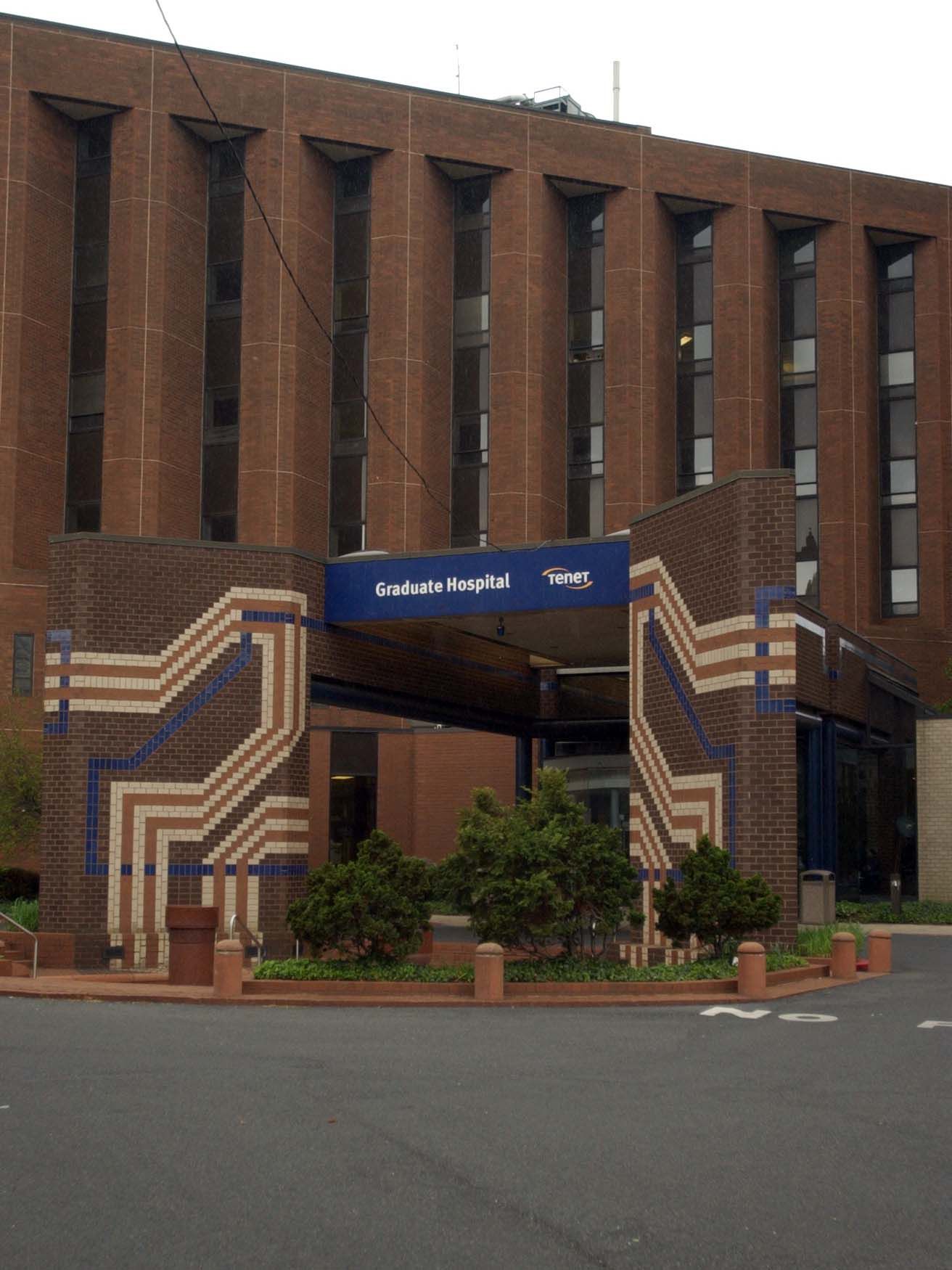 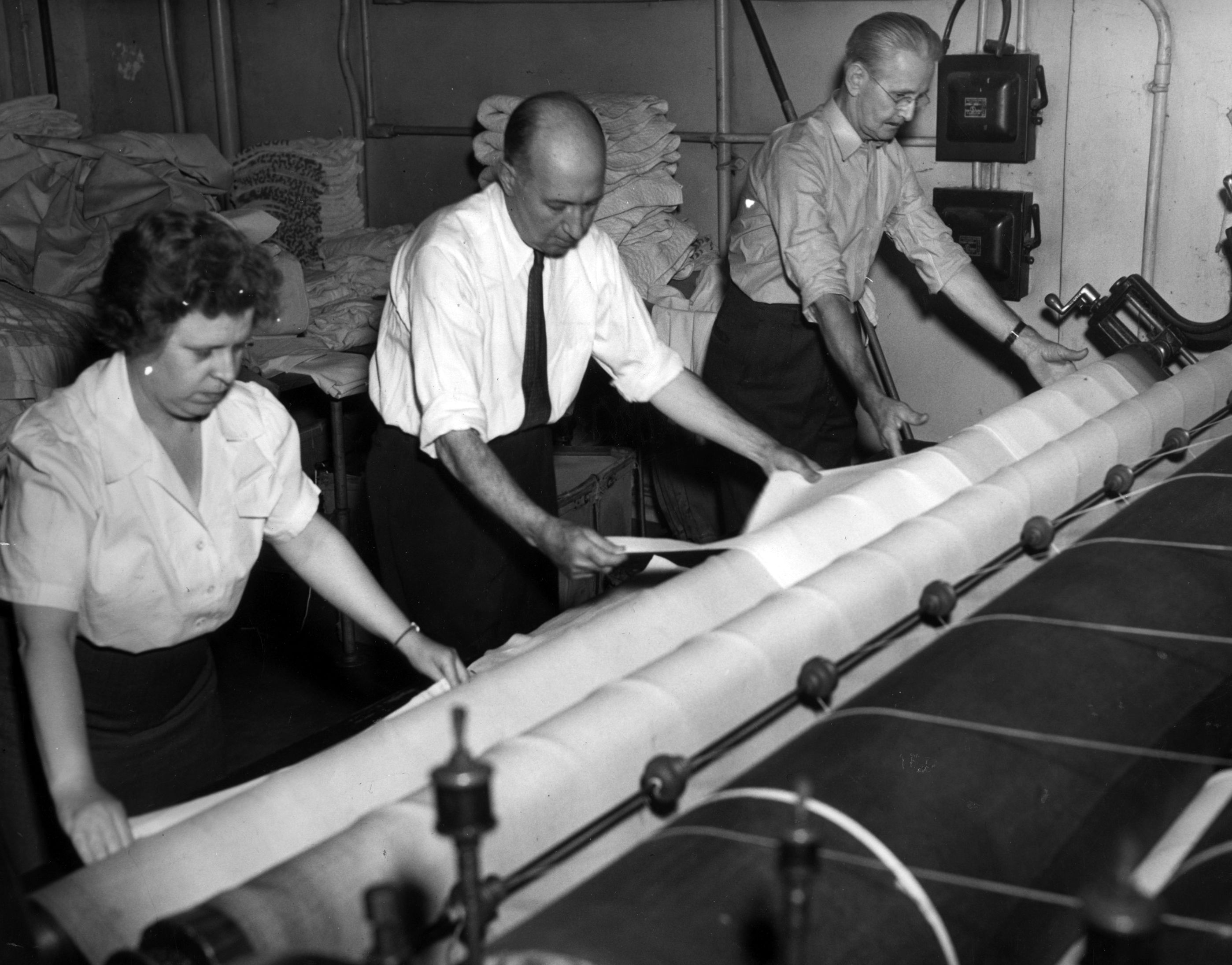 Inquirer archives
Volunteers do laundry at Graduate Hospital in 1943. 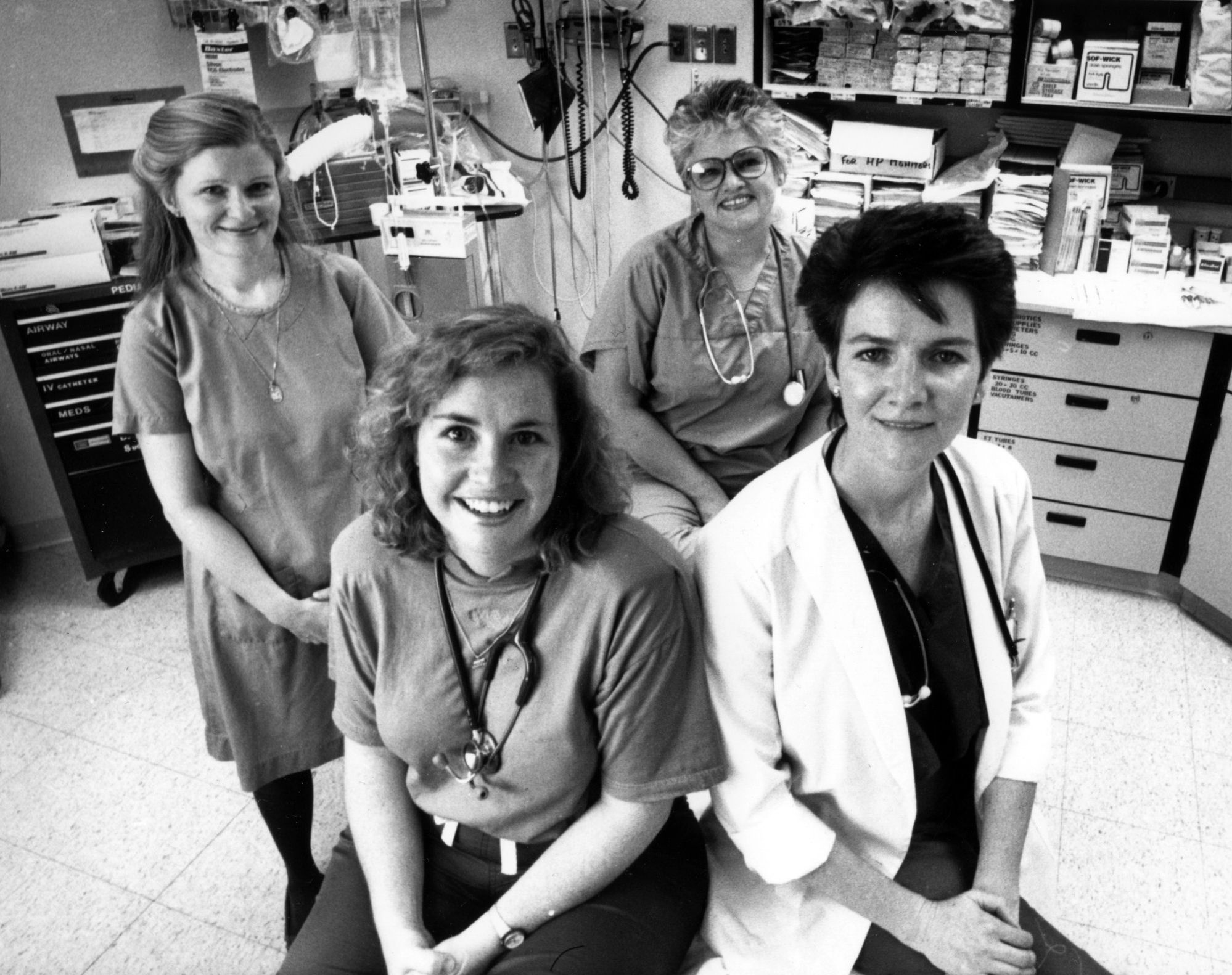 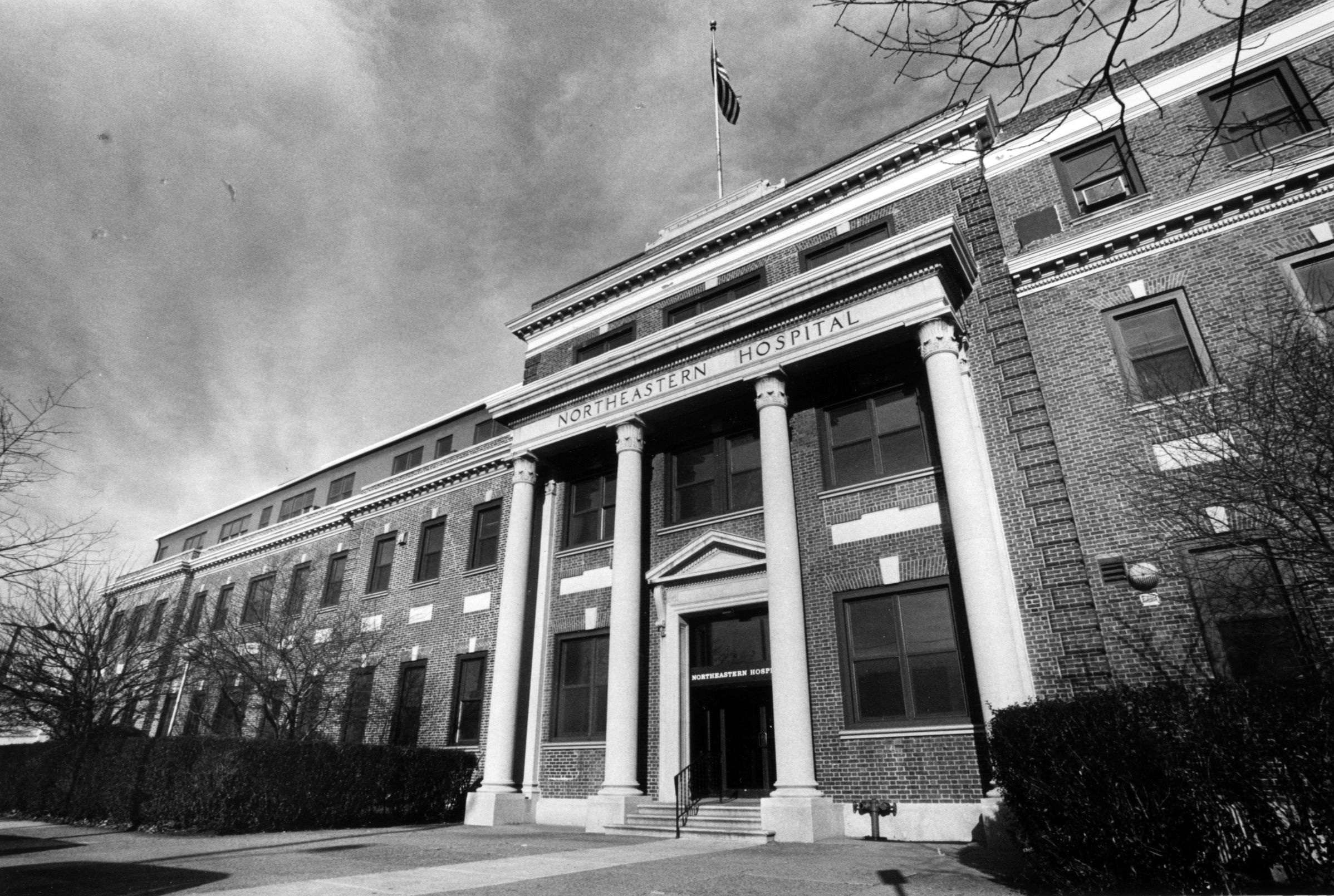 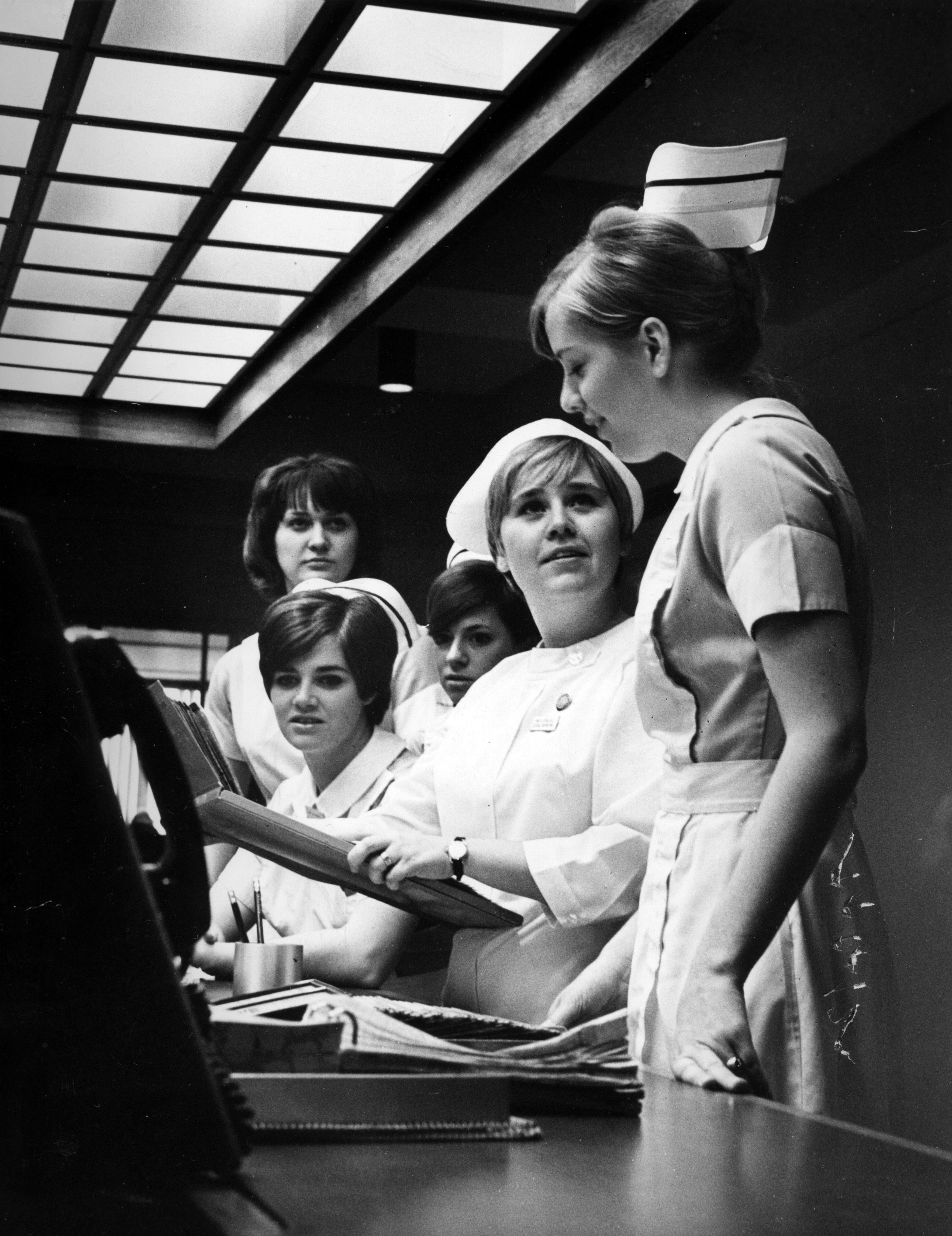 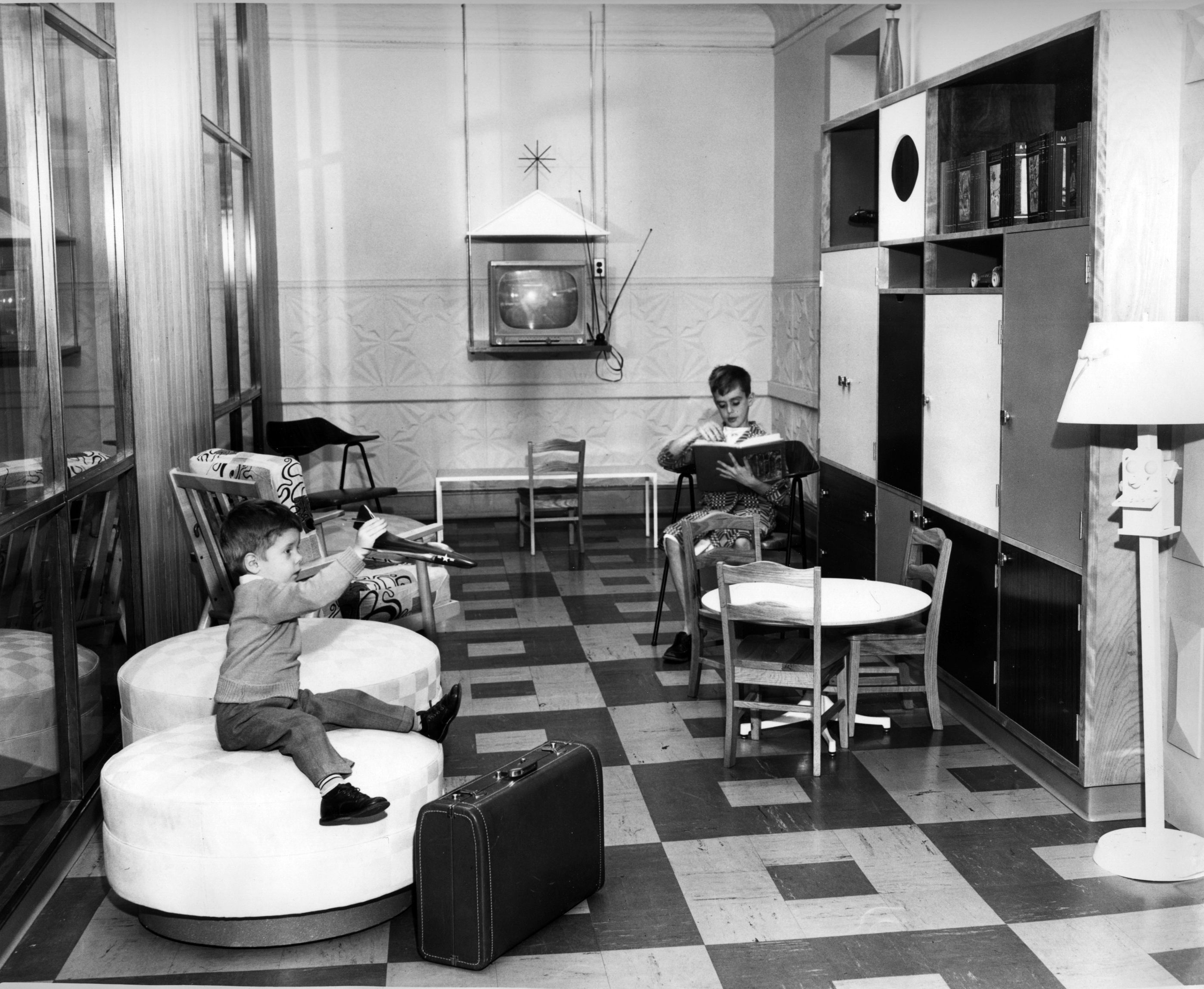 Inquirer archives
A section of the play room in the children’s ward of St. Joseph’s Hospital in 1956. Inquirer archives
Sister M. Jolanta in the library of St. Joseph’s Hospital’s School of Nursing with students prior to the school's 80th graduation exercise in 1975. 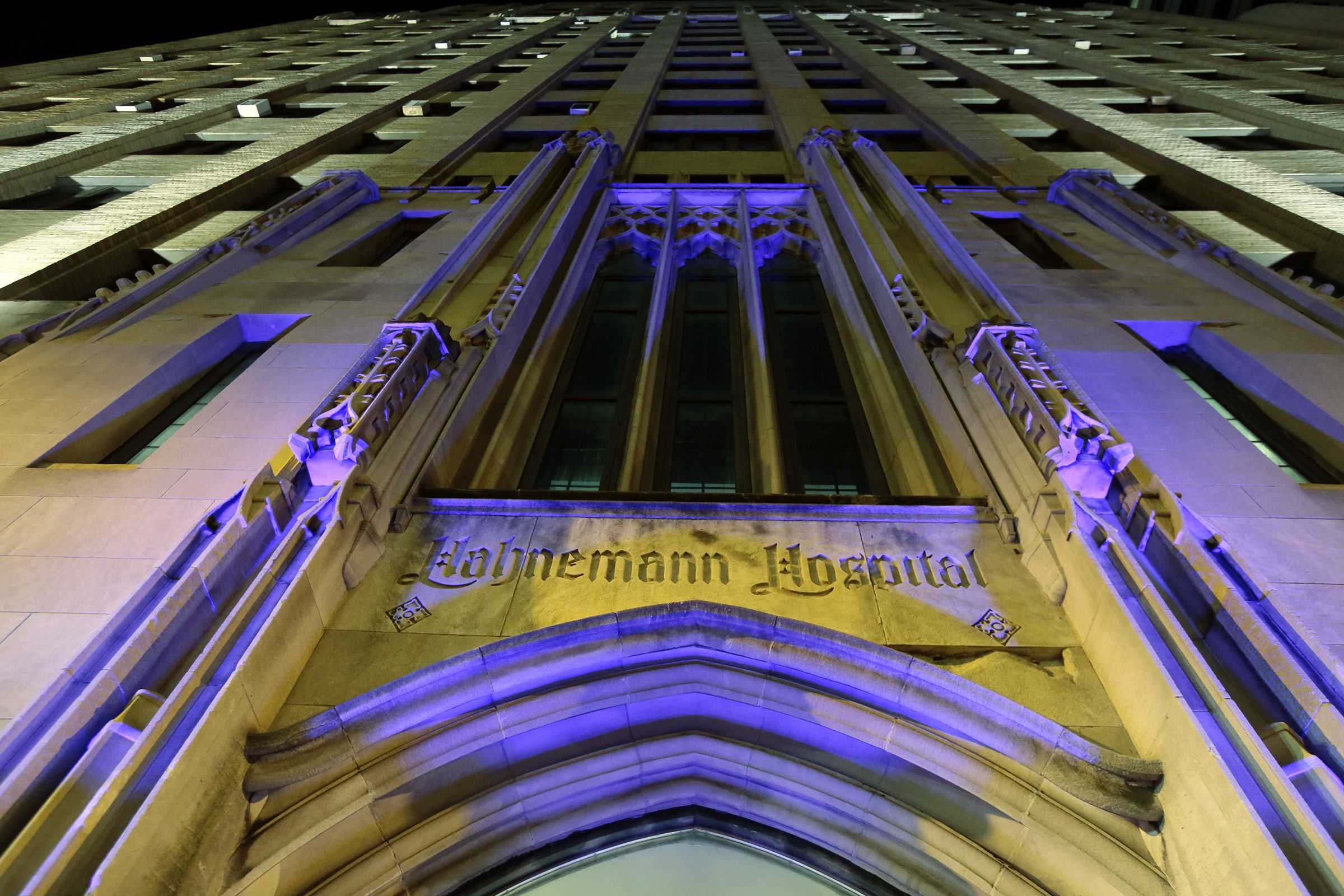 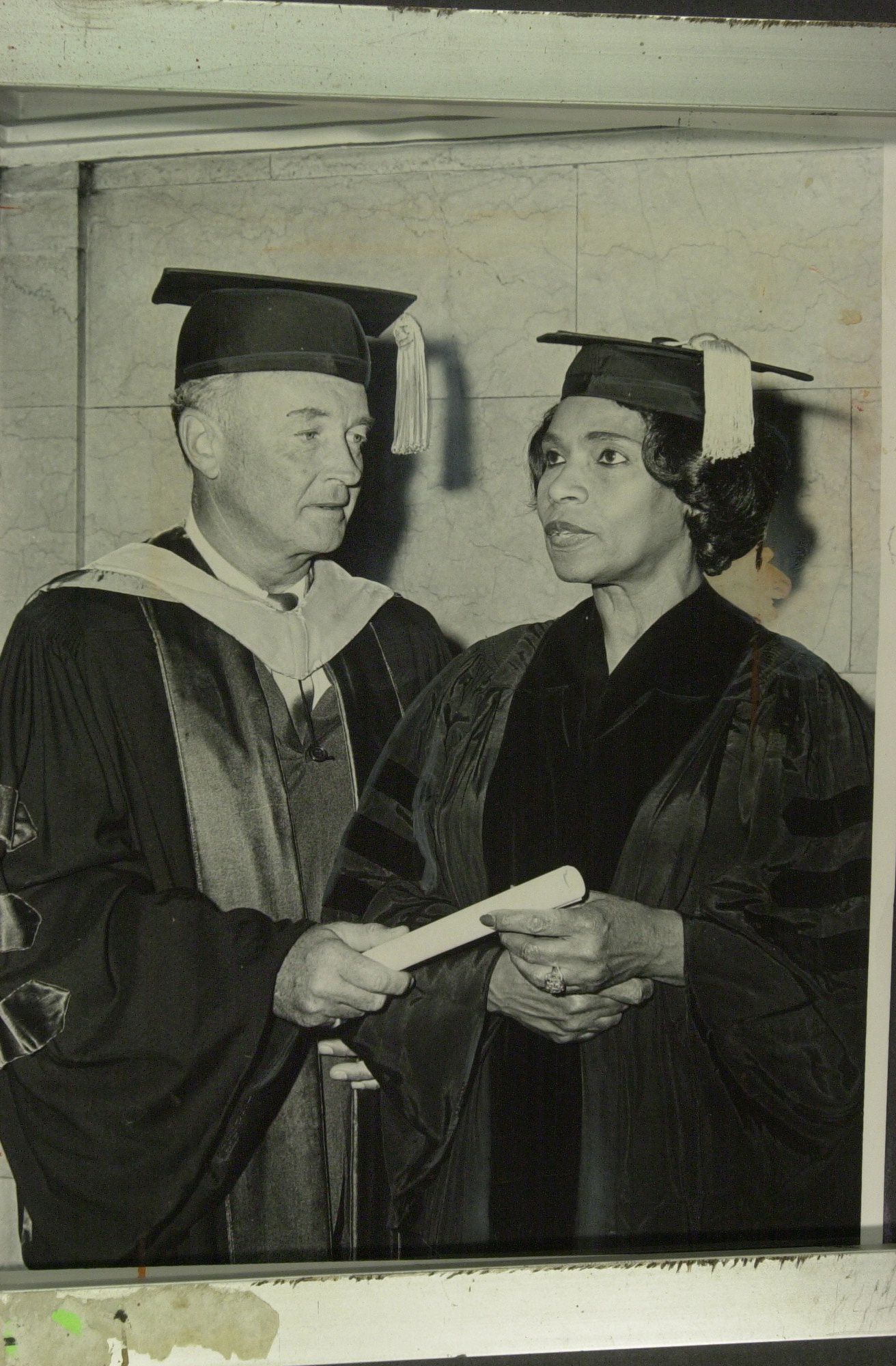 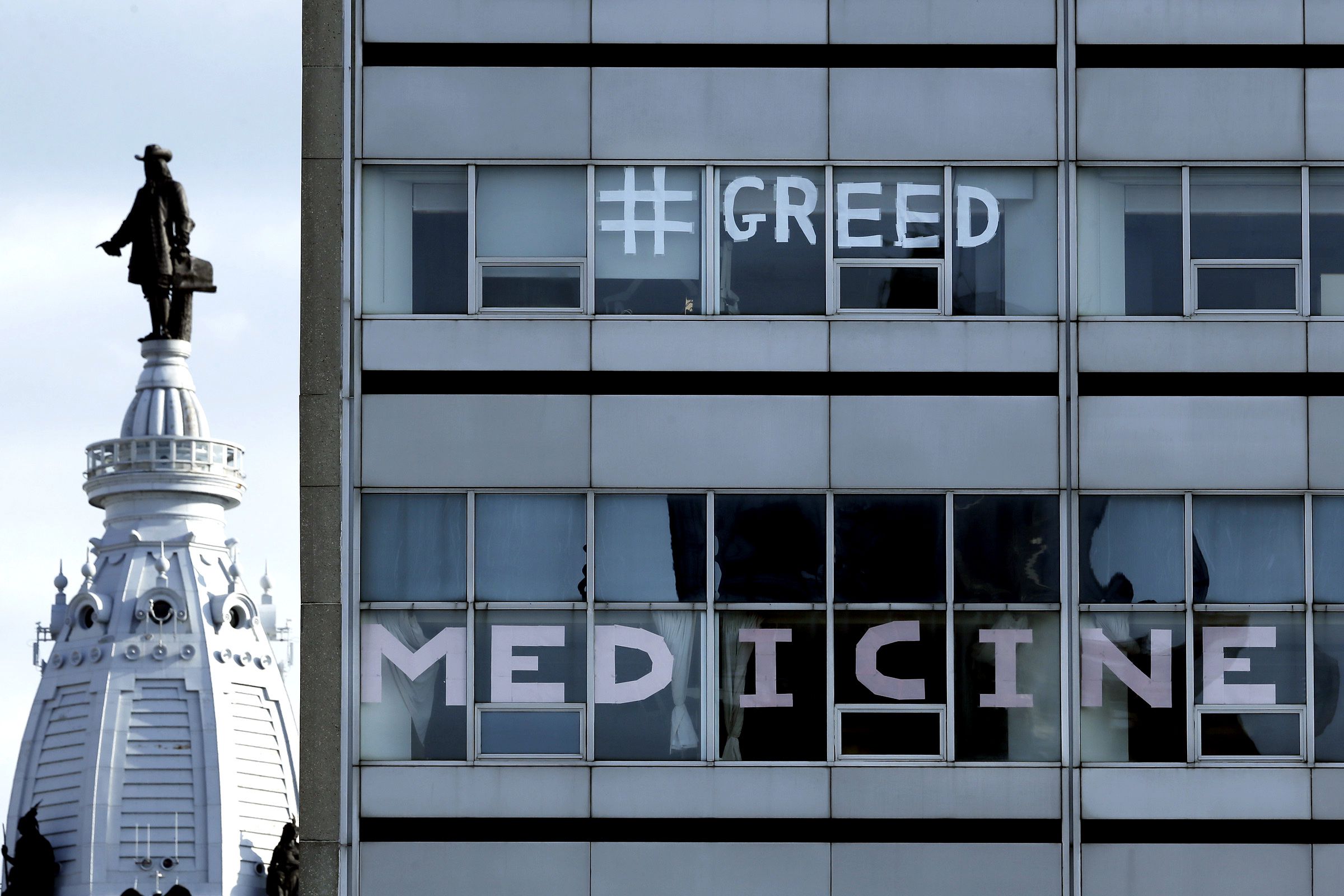 ELIZABETH ROBERTSON / Staff Photographer
Messages appear in some of the windows at Hahnemann University Hospital in July, after medical residents and staff of the hospital were informed that their residencies would end soon and that they were now released from the hospital.