Samantha Melamed / Staff Writer, smelamed@philly.com
There were two key witnesses who placed Johnny Berry at the scene of the 1994 murder of Leonard Jones. Both of them also subsequently said he wasn’t there after all. Here’s a timeline of how 24 years of raised hopes and near misses have left Berry right where he started: in a Graterford prison cell. He’s hoping Philadelphia’s new District Attorney Larry Krasner will take the lead in setting him free.
READ THE STORY:

Two teenagers decide to rob two people sitting in a parked van in the city's Parkside section. One held the passenger-side door shut while the other went to the driver's side, ordered 73-year-old Leonard Jones to get out, and then shot and killed him. The two teens ran away, but Michelle Brooks, who'd been in the van with Jones, saw the whole thing. 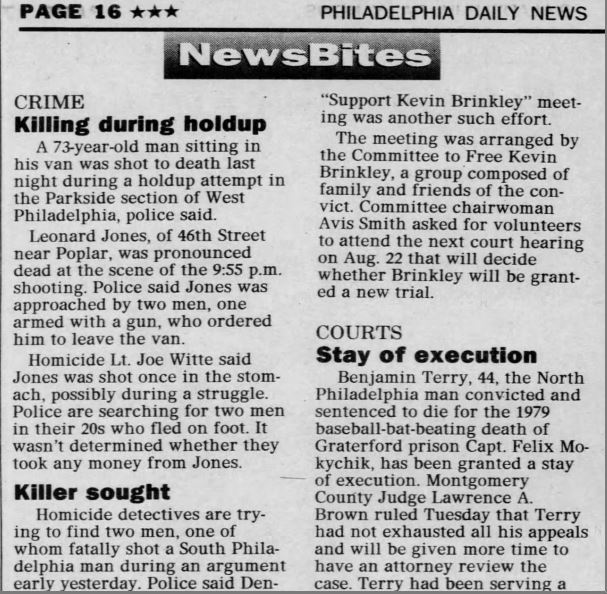 After Michelle Brooks picked Johnny Berry out of a photo array as the teen who'd held her door shut, police arrested him. But at an Aug. 31 preliminary hearing, she said he was the wrong man, and he was released. 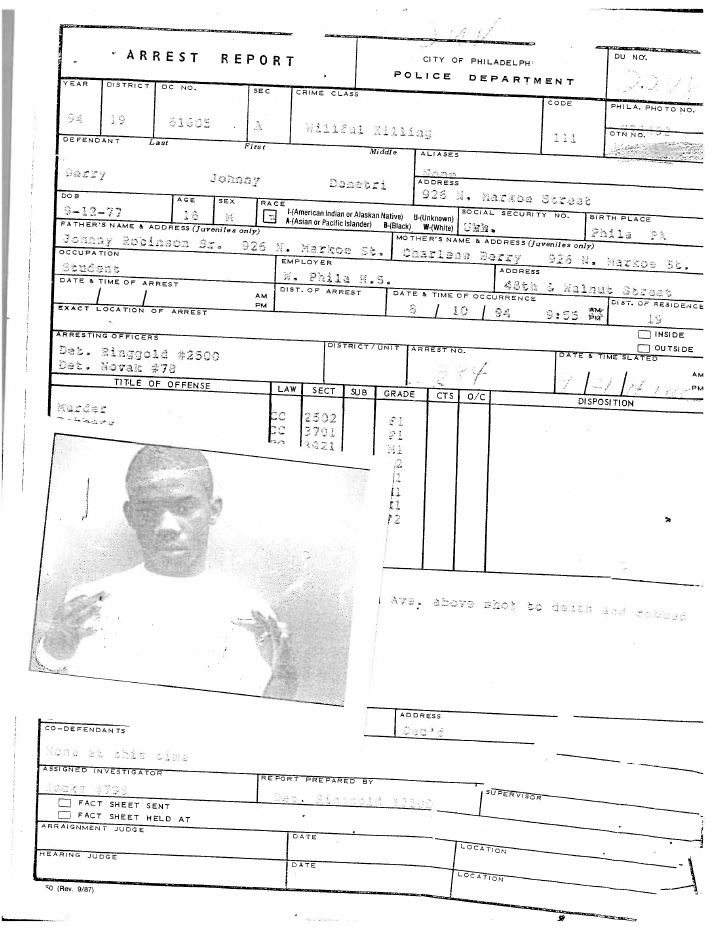 Berry is arrested a second time. At a second preliminary hearing, the charges against Berry -- robbery, murder, gun possession -- are held for court.

Lloyd is arrested and charged as Berry's codefendant. Only, he makes a deal: He'll testify against Berry and, instead of a life sentence, he'll get 15-and-a-half to 37 years.

Lloyd tells police that the robbery was Berry's idea, calling him by his nickname, "Nose." Brooks had picked out Berry as the accomplice, but, according to Lloyd, Berry is the shooter. 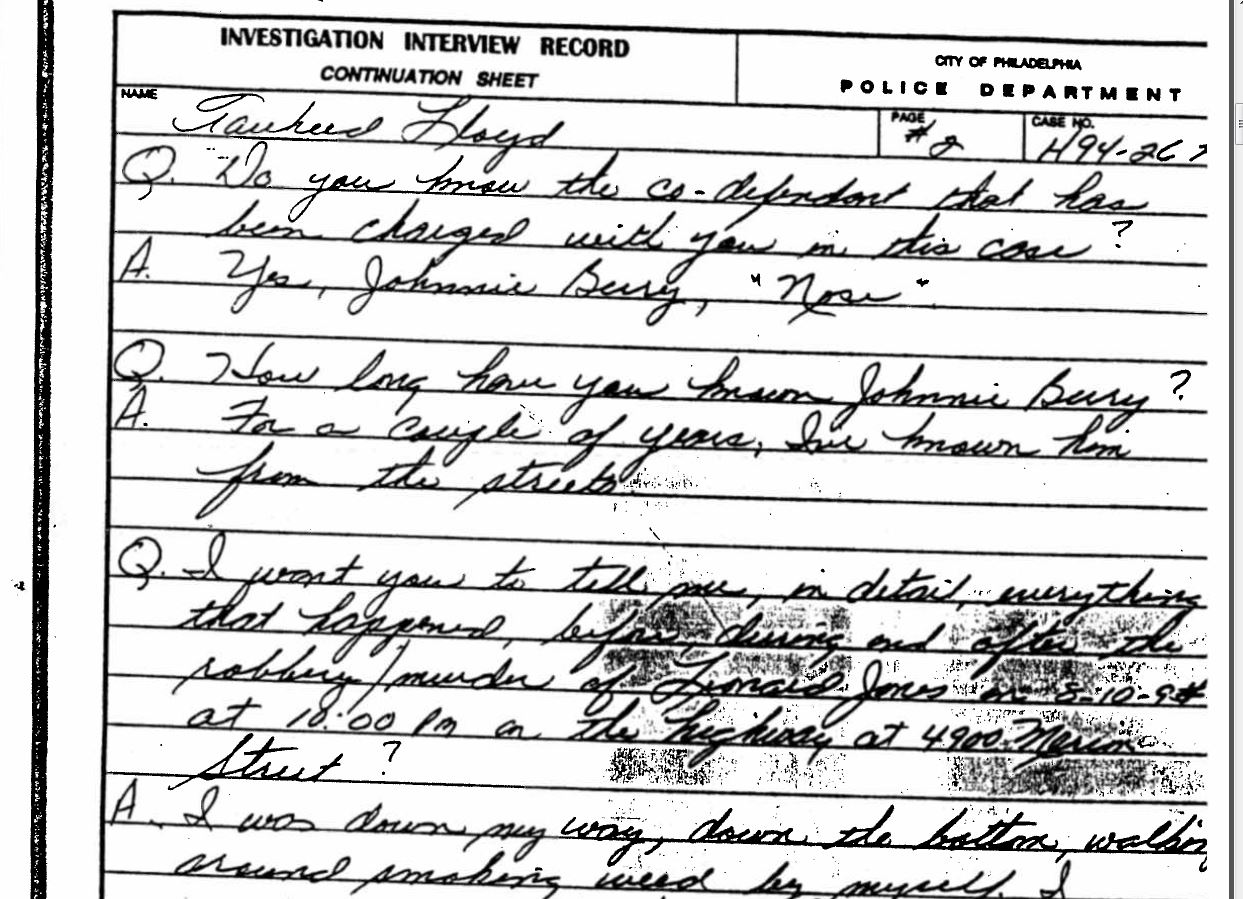 There are two key witnesses called to testify against Berry. First up is Michelle Brooks, whose testimony wavers. At times, though, she is adamant on the witness stand that Berry did not do it, and that she told police and prosecutors they had the wrong man. 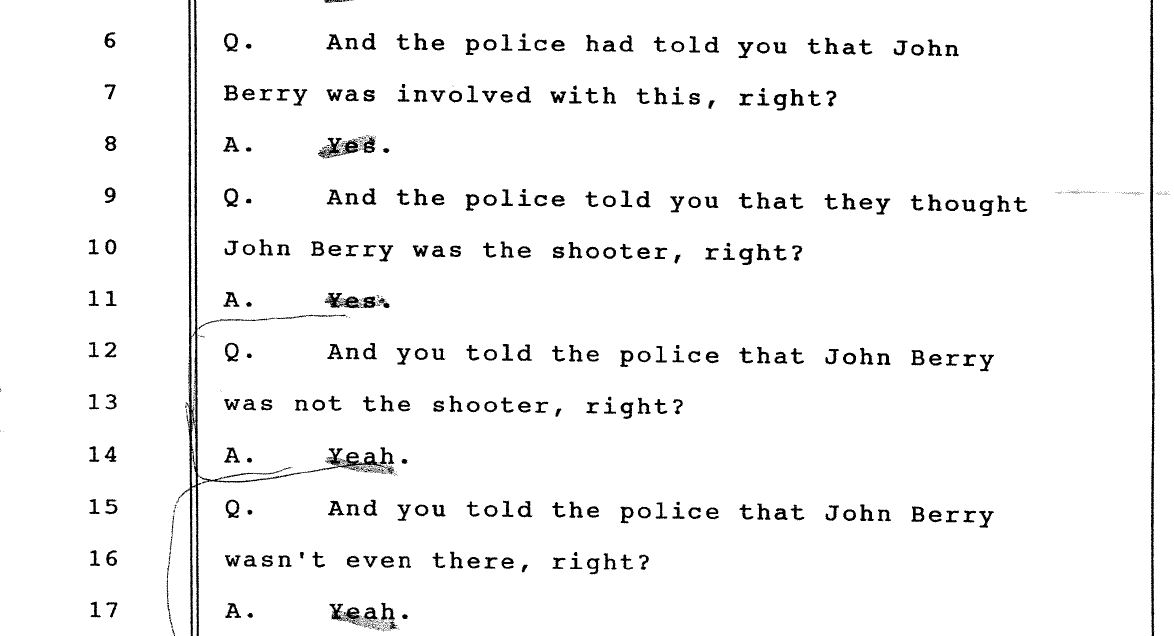 Tauheed Lloyd's testimony that Berry was the shooter convinces the jury. Berry gets a sentence of life in prison. 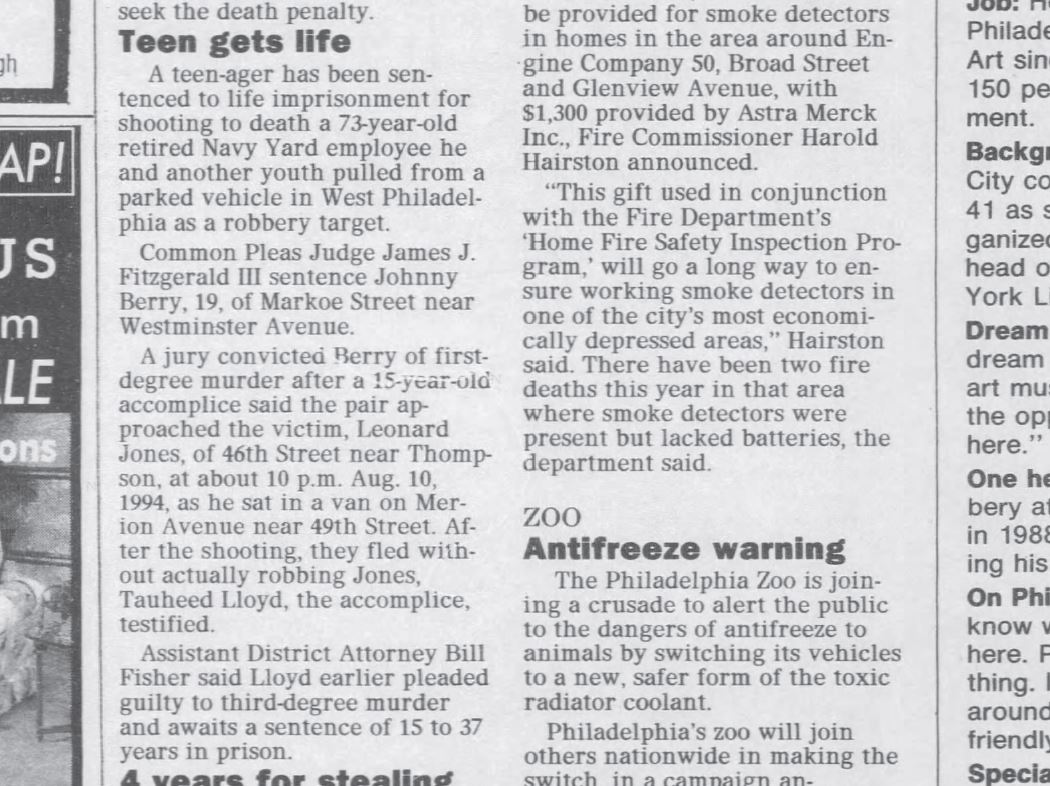 In a letter to Berry's father, Lloyd recants his confession and even offers Berry advice on how to contact the Innocence Project to clear his name. 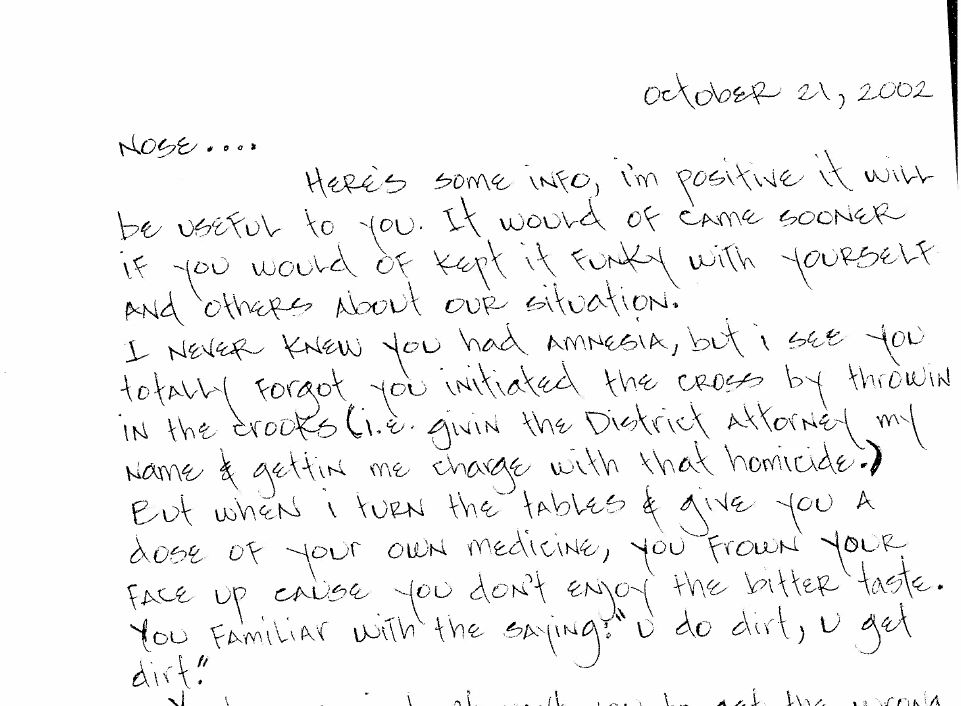 Two years after the initial letter, Lloyd finally agrees to sign an affidavit that Berry needs to get back into court.

Berry finally has his day in court. Lloyd testifies via videoconference from prison, but the judge advises him to consider the consequences of his testimony, and ultimately appoints a lawyer to represent him.

Lloyd decides not to testify after all. The assistant district attorney on the case warns him in court that recanting could trigger perjury charges, as well as a new trial for second-degree murder.

A U.S. Supreme Court decision makes retroactive the court's 2012 decision in Miller v. Alabama finding that mandatory life-without-parole sentencing schemes are unconstitutional when applied to juveniles. Philadelphia, which has more juvenile lifers than any other city, undertakes the massive project of resentencing 300 men and women serving life.

Berry has declined an offer of 30 years to life, hoping Judge Barbara McDermott will give him less time in prison. She instead surprises him by asking the District Attorney's Office whether its Conviction Review Unit will take up the case. 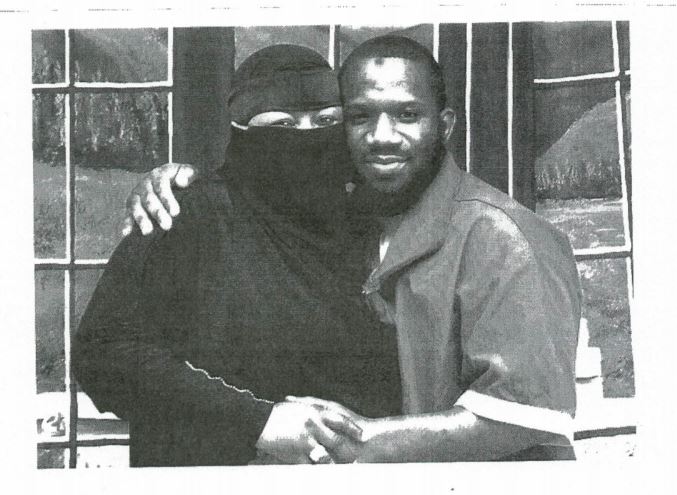