Get the backstory and inside tips for visiting
The Museum of the American Revolution, at Third and Chestnut Streets, opens April 19, 2017.
The making of the $120 million Museum of the American Revolution took far longer than the conflict it commemorates, and it's centered on a collection of artifacts assembled a century ago.
Stephan Salisbury / Staff Writer, ssalisbury@phillynews.com

There was no Revolutionary War battle fought at Valley Forge.

In fact, Valley Forge is remarkable for one thing: Gen. George Washington and his ill-equipped Continental Army straggled in after being pummeled by the British, set up camp in December of 1777 – and survived.

In war, as Washington well knew, survival is what counts most of all. And the making of the $120 million new Museum of the American Revolution, opening April 19 in the heart of Philadelphia’s historic district, is a survival saga of its own.

“At long last, the nation finally has an institution entirely dedicated to the struggle of its birth,” said John Jumper, the retired Air Force general who became chairman of the museum’s board of trustees in December.

The museum, he said, “will present the facts of history in unique and compelling ways but, more importantly, it will teach us about the frailty of the Continental Army and how close we came to disastrous defeat. 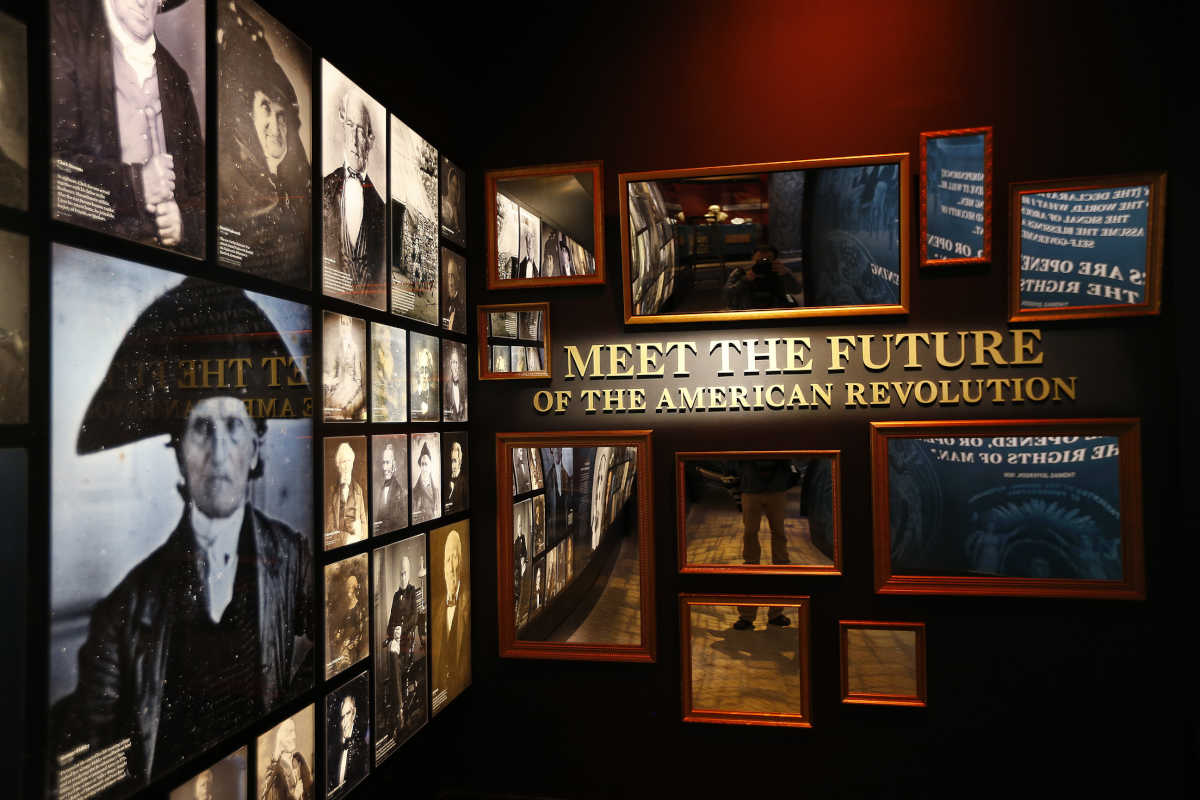 “This museum is for all Americans to relearn the power of selfless dedication to a higher purpose – the founding virtue of our nation.”

All begins with W. Herbert Burk, patriotic history enthusiast and Episcopal minister, who considered Valley Forge to be sanctified ground and General George Washington almost divine. Burk, who died in 1933, scoured the nation for memorabilia, beginning in 1909 with the purchase of the general’s field tent, followed by Washington’s battle flag, and a cascade of uniforms, weapons, cooking utensils, furniture, books, paintings, and documents. 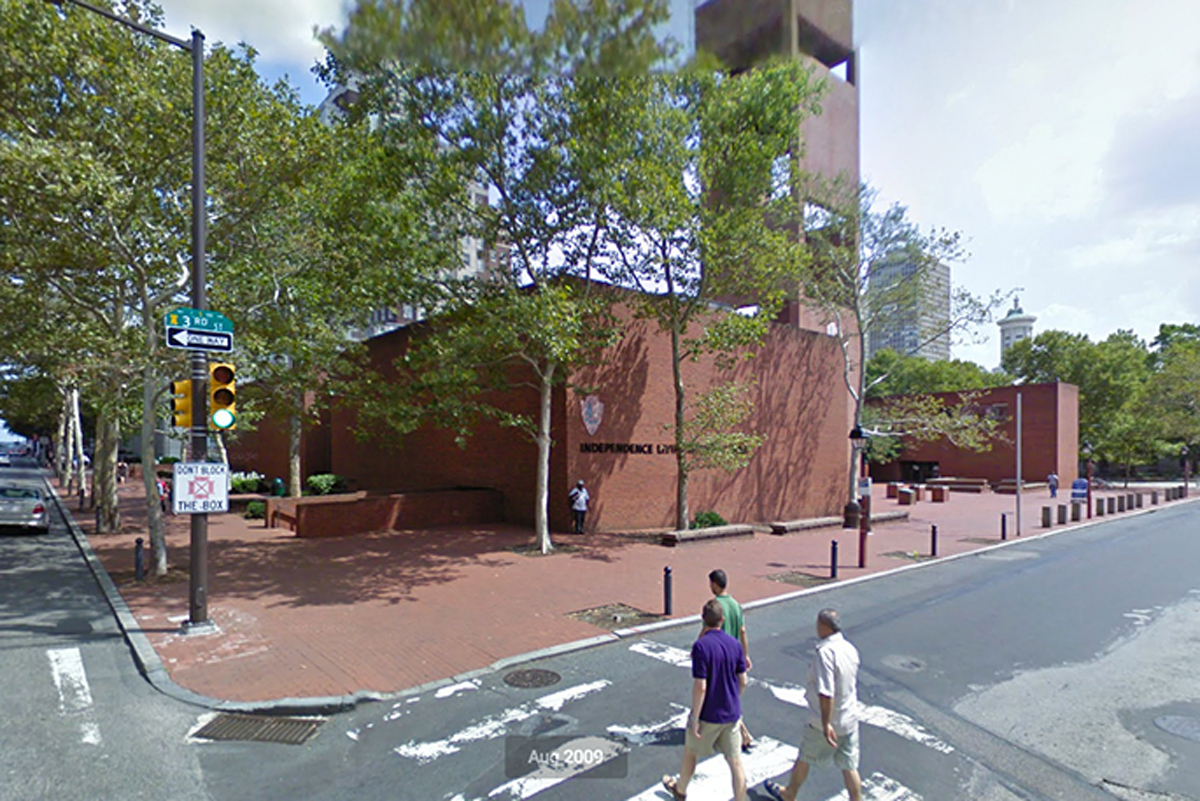 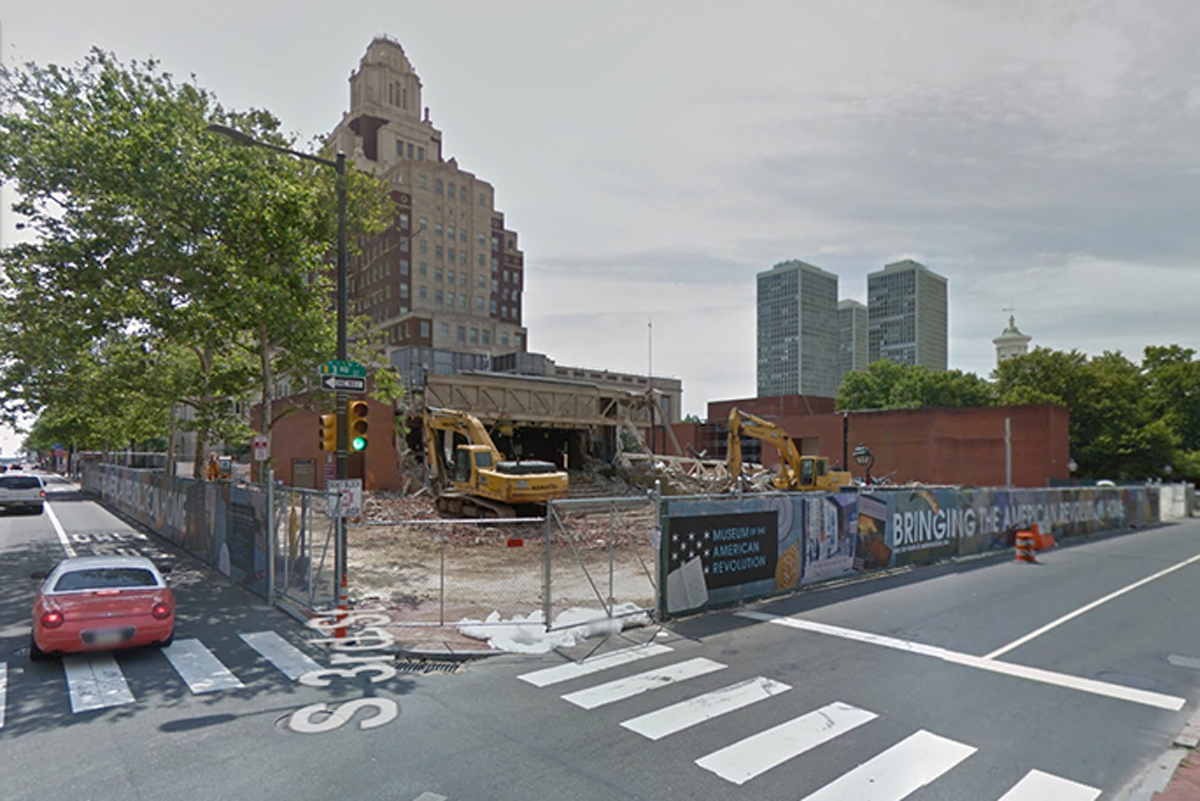 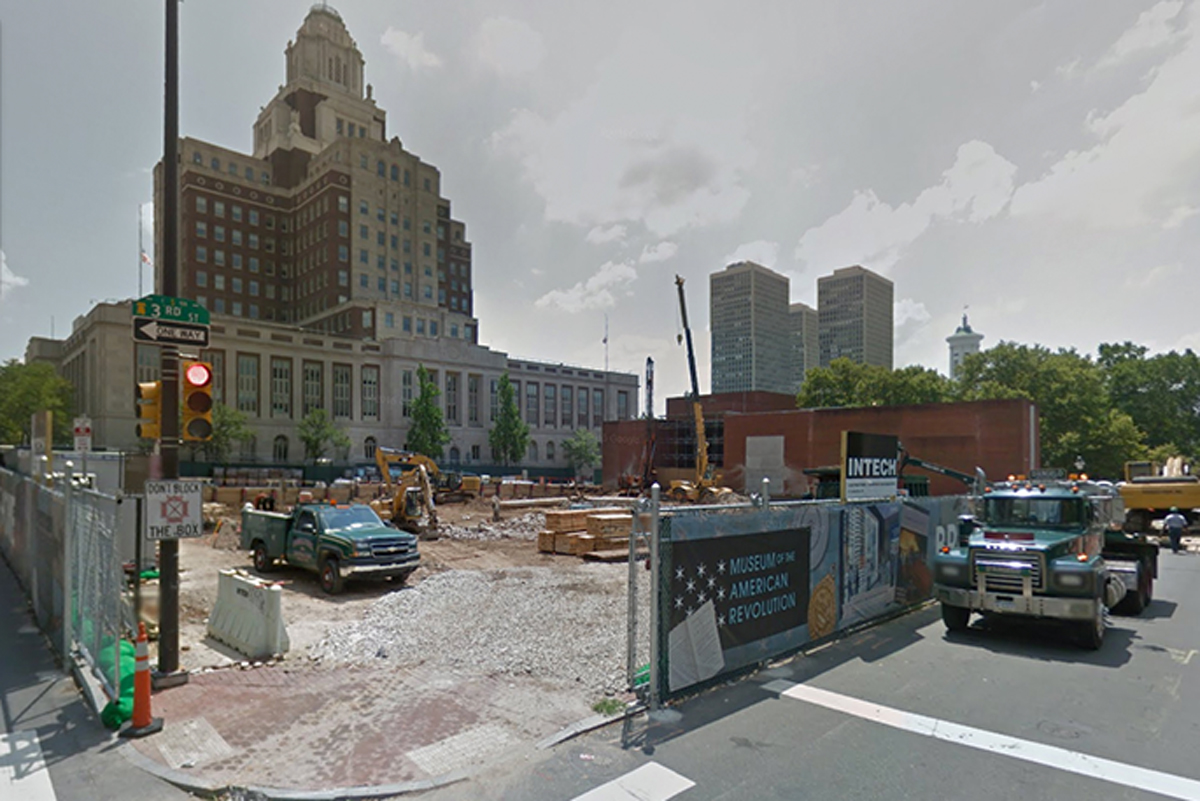 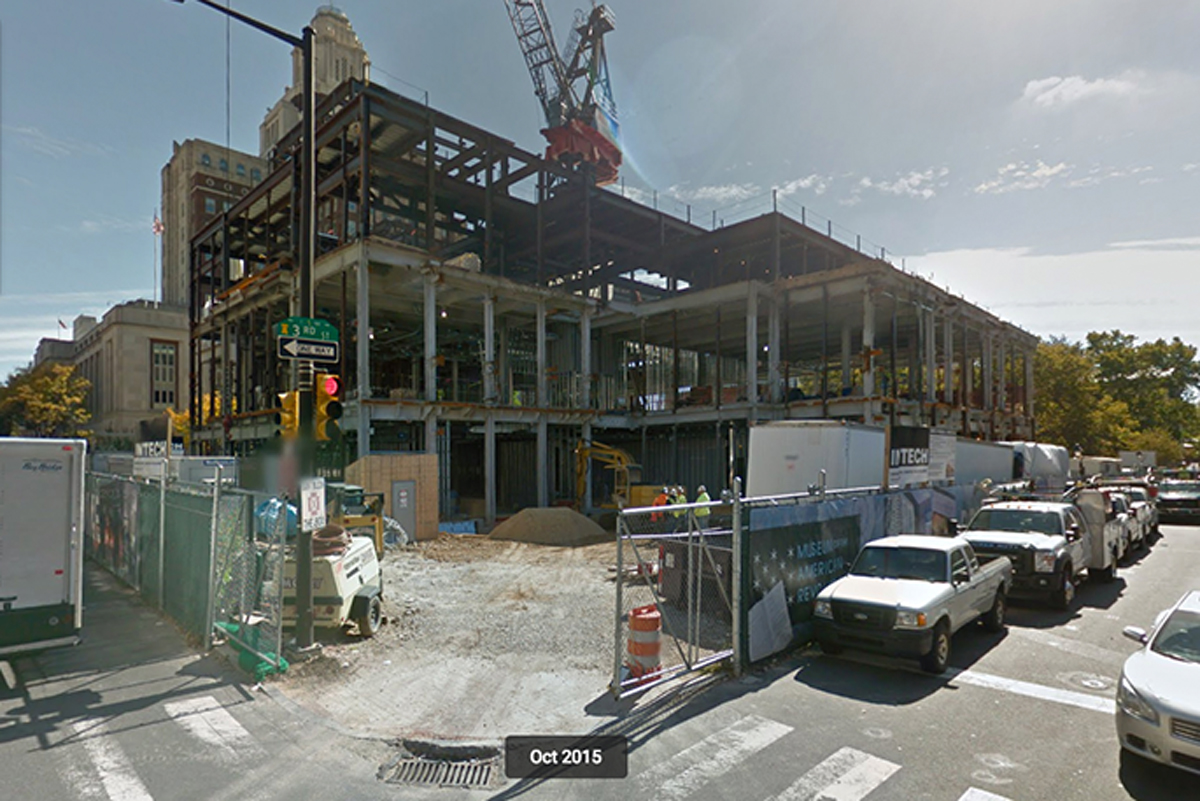 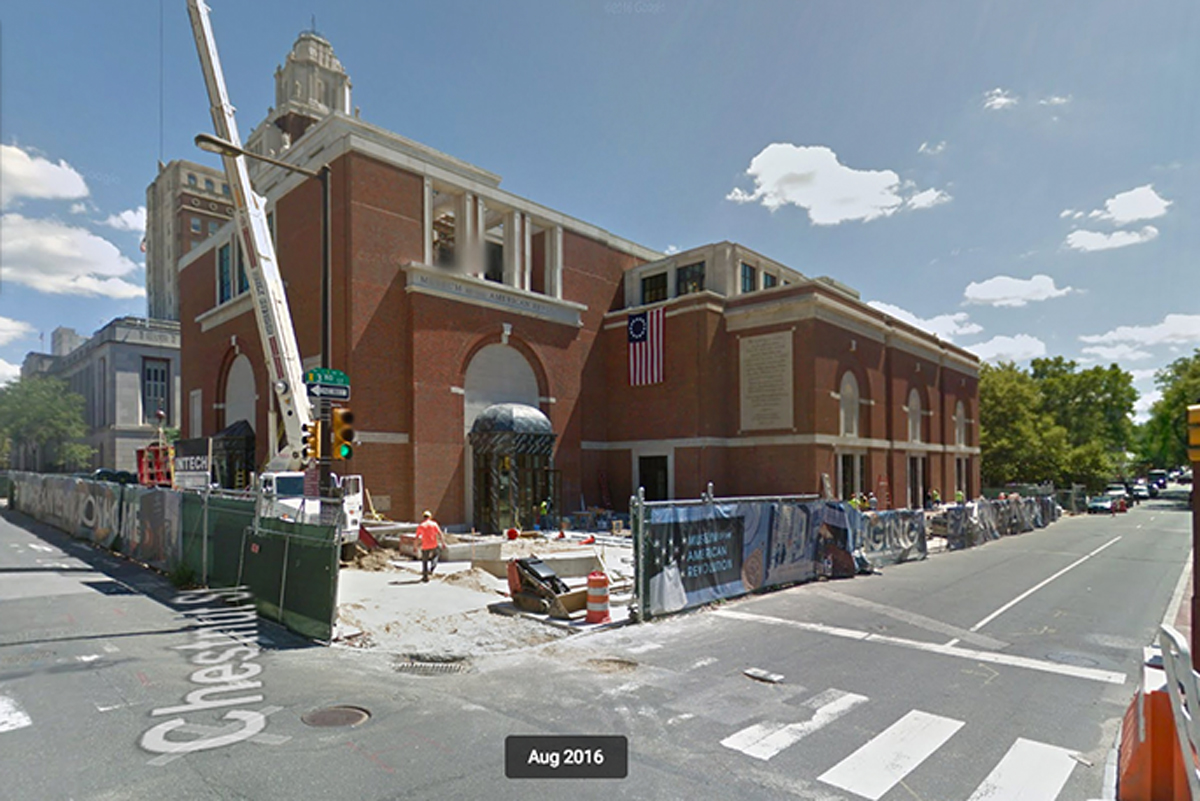 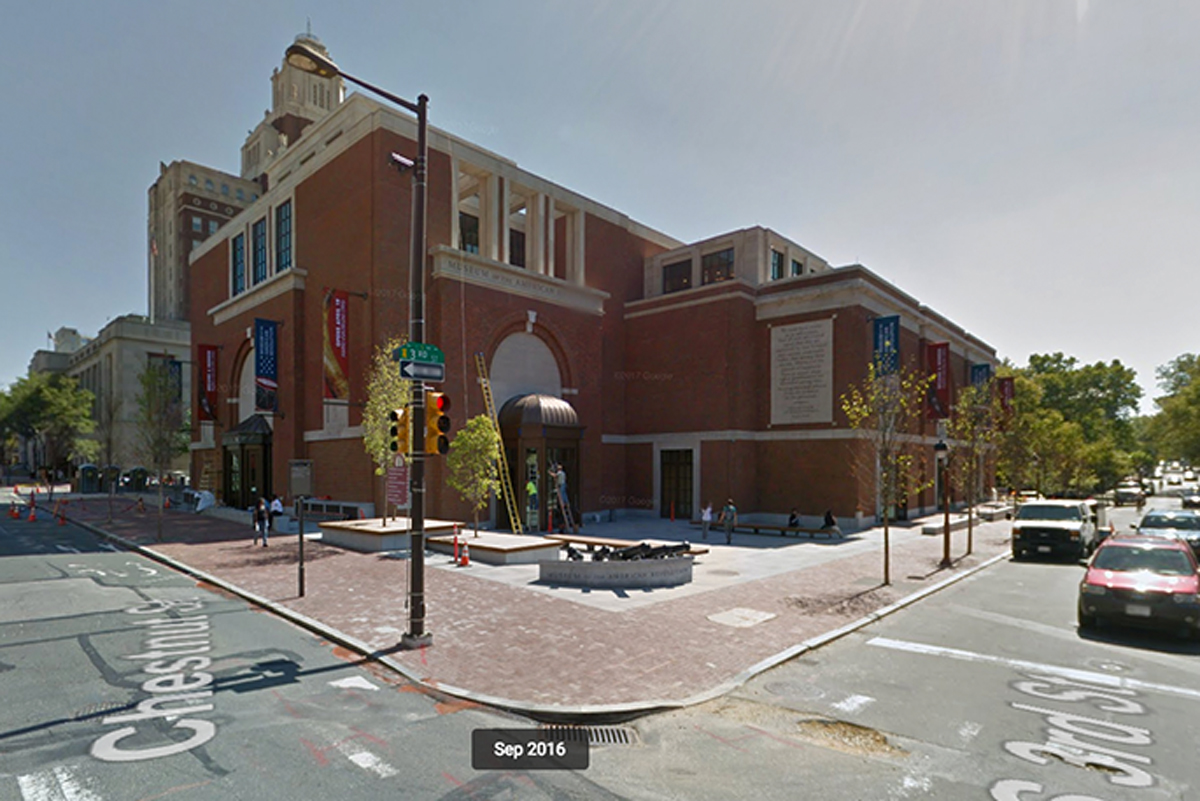 How these 3,000-plus artifacts – including Washington’s tent, or “marquee,” as it is formally termed – found their way from Valley Forge to Philadelphia, where 400 plus of them will be on display, is a modern saga of political and civic muscle that began in the 1990s. Traveling the 22 pot-hole pitted miles from the old historical society digs to Philadelphia’s historic district took far longer than the Revolutionary War itself, which lasted a mere eight years, from 1775 to 1783. 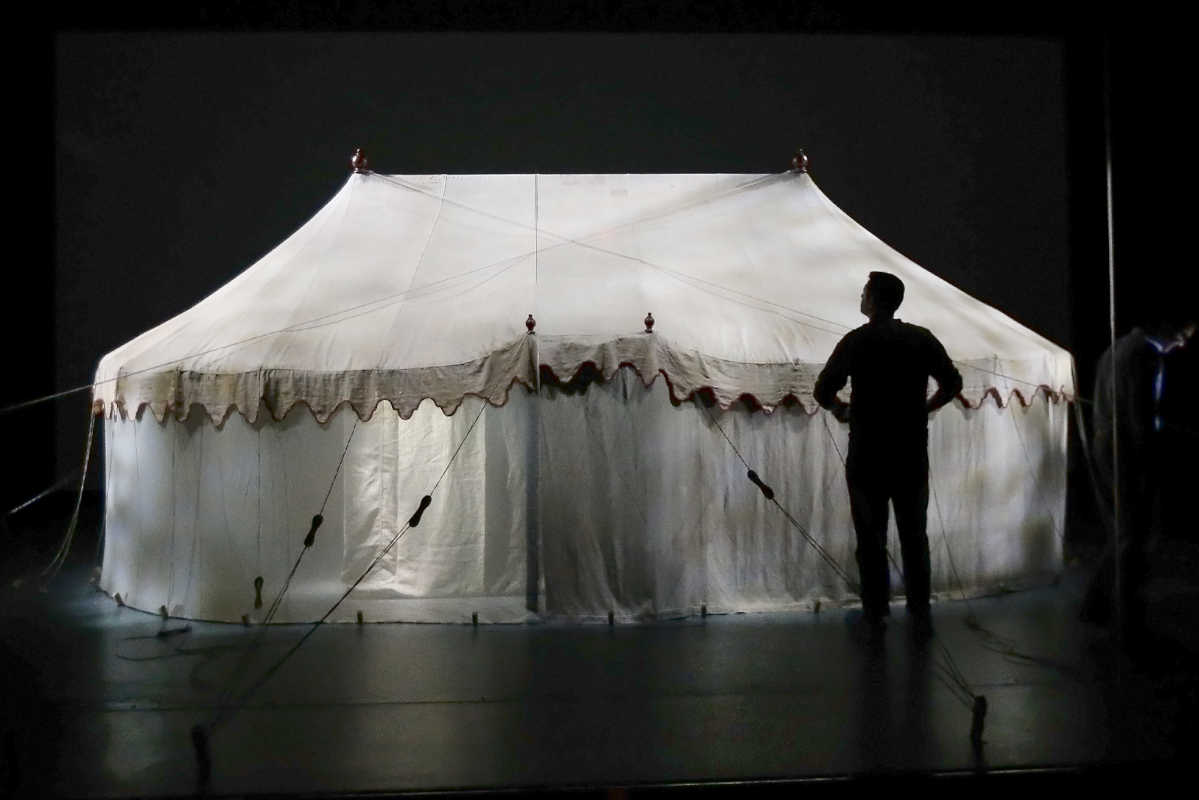 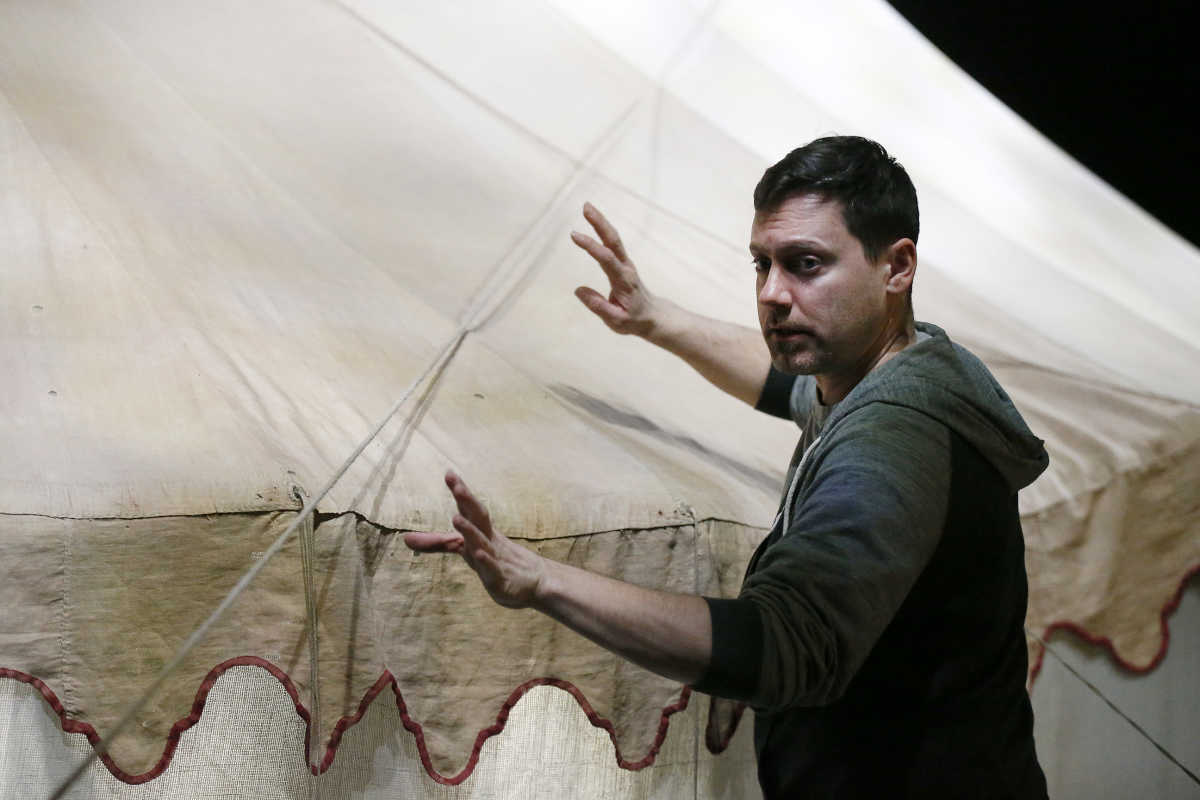 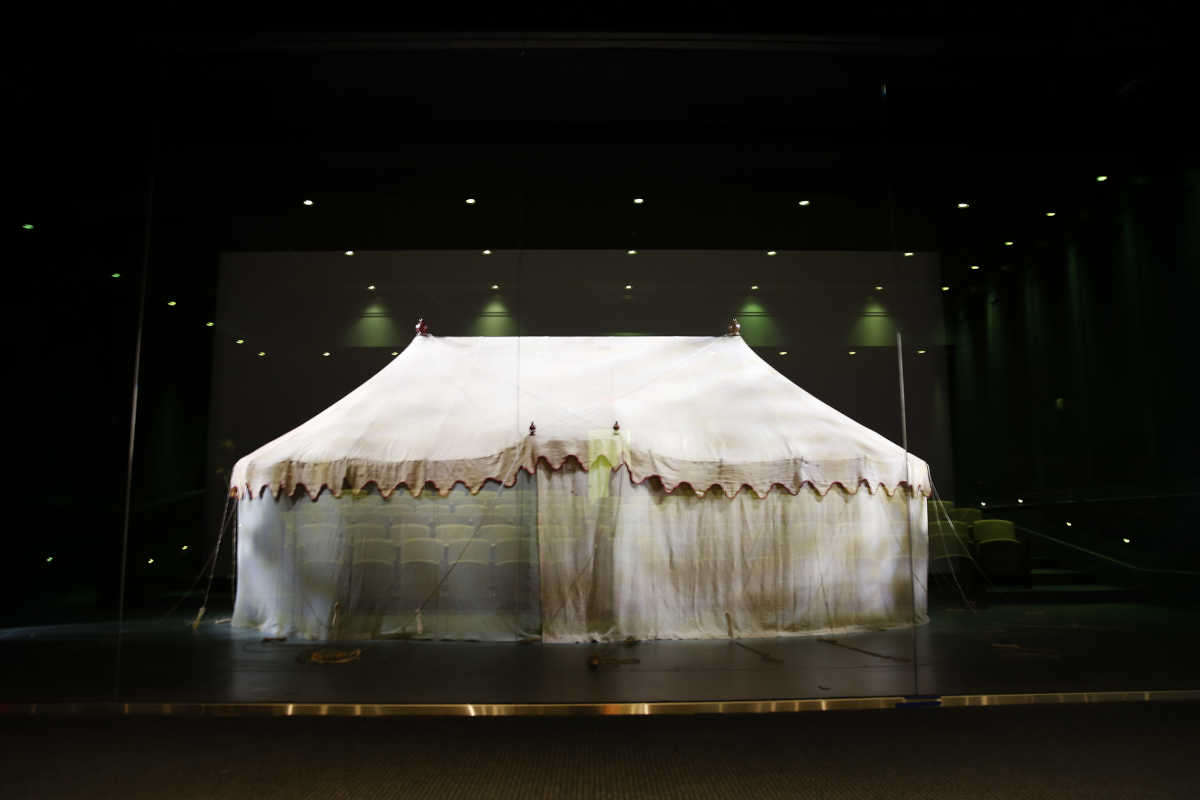 ‍ Previous ‍ Next
See George Washington's battlefield tent at new Museum of the American Revolution
The field tent used by Gen. George Washington as home and office for much of the war is the main attraction at Philadelphia's new Museum of the American Revolution, where it's displayed behind glass in an auditorium all to itself and dramatically presented for visitors' consideration accompanied by a 11-minute video.

“It’s a tortured road,” allowed former Governor Edward G. Rendell, who played a major role in bringing the collection to Philadelphia. “I gotta tell ya.”

But long before Rendell, there was Burk, the minister who was convinced that the American Revolution was a spiritual event played out on sacred ground – none more sacred than the high plateau of Valley Forge, which became a state park in the late 19th century.

At the nation’s bicentennial in 1976, the state sold the 3,500-acre park to the federal government for $1, giving birth to Valley Forge National Historical Park.

But the National Park Service, like the state before it, proved unable to maintain the land and the decaying buildings. In 1999, Congress mandated a public-private partnership: Valley Forge National Historic Park and the National Park Service would join with the Valley Forge Historical Society and create a new museum within the park under the auspices of the American Revolution Center, a newly created private nonprofit.

“The question is: How do we show the collection and remain sufficiently independent without being absorbed by the government?” Jean-Pierre Bouvel, historical society president, said at the time.

The question proved problematic to say the least. 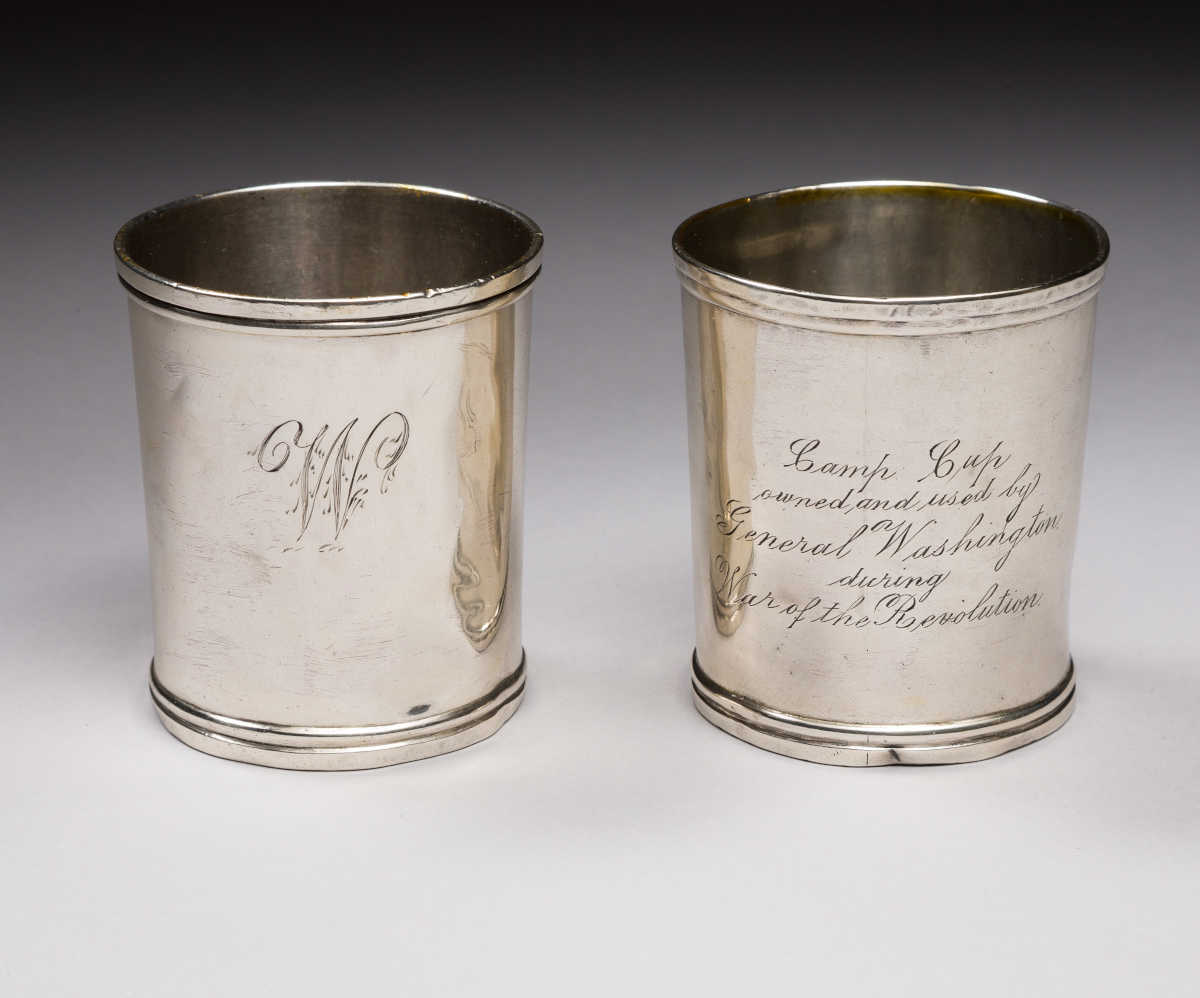 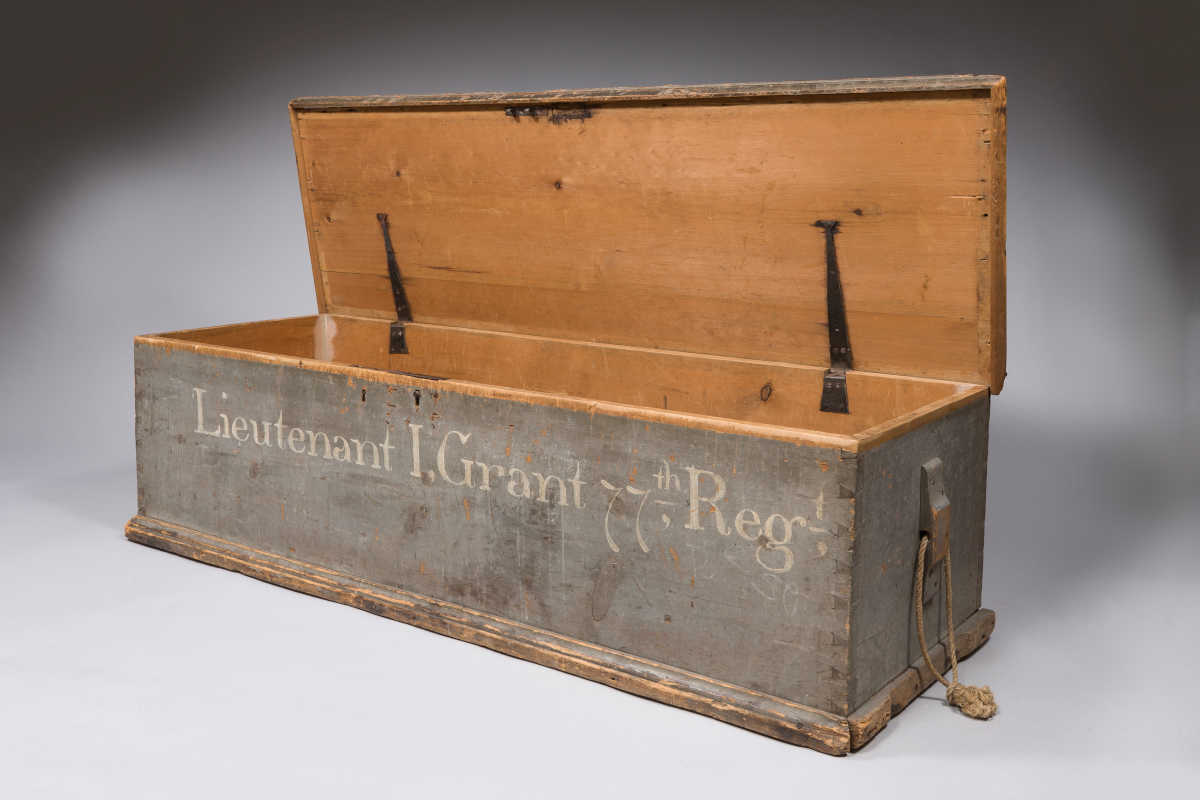 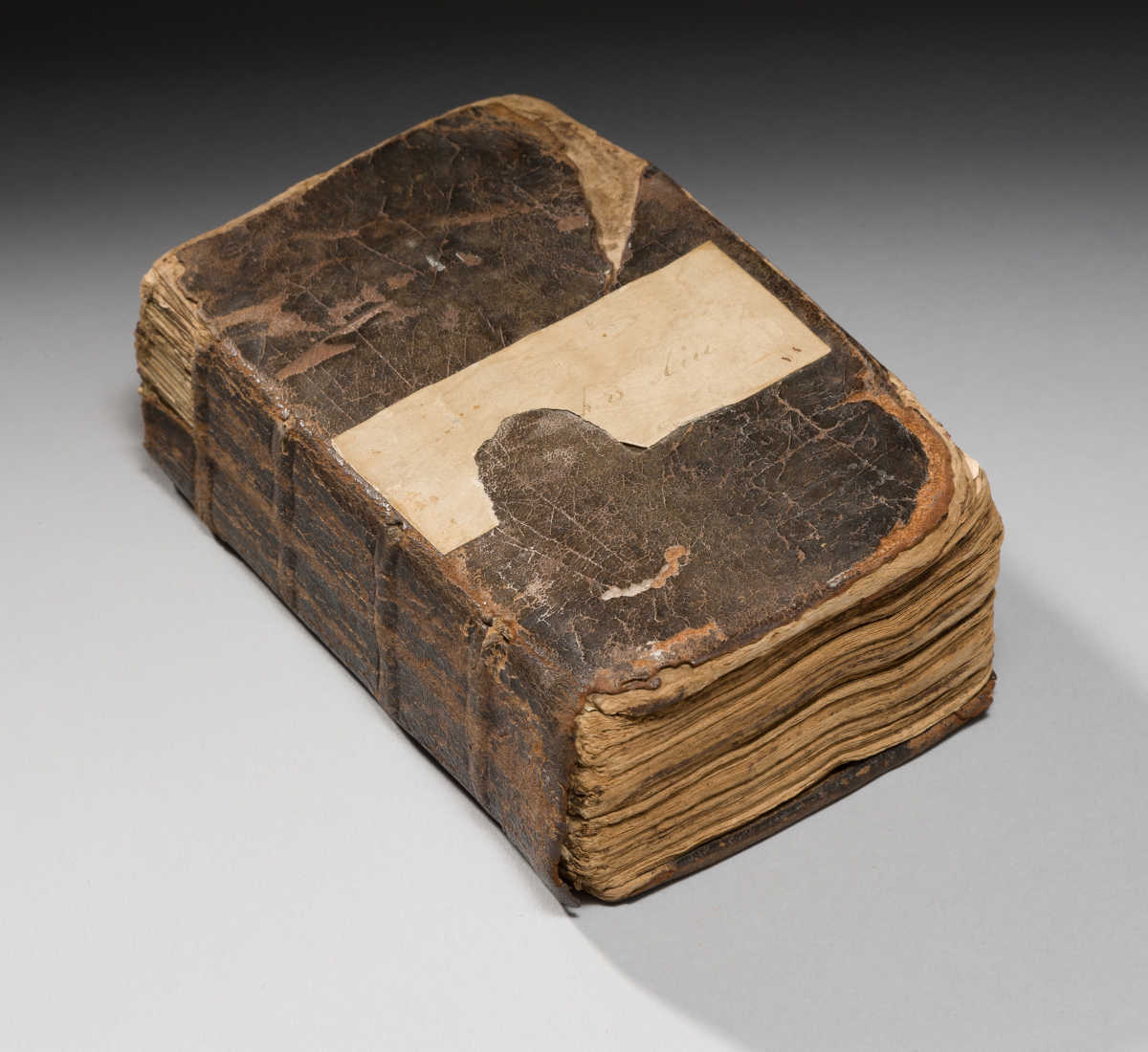 By 2002, the center had unveiled plans for a $100 million, 20-acre complex that one official described as “the place to go for a full understanding of the American Revolution. ”

Tom Daly, head of the center, dropped in on the newly elected Rendell.

“Tom Daley contacted me as governor, and said there’s a museum on the drawing board up at Valley Forge,” recalled Rendell, who had not been aware of the project. “I said, ‘That’s great! You’re going to build it in the park itself?’ He said, ‘Absolutely.’ I checked into it and the park had no intention of letting them build it in the park.”

Within a couple of years, that became abundantly clear to all. There were environmental concerns, size concerns, funding concerns. The revolution center could not seem to find a way to move forward.

Perhaps the most prominent of these early flubs came in 2004 when the park service decided that language in an appropriations bill would not allow a museum at Valley Forge larger than 50,000 square feet.

Not only did that undercut the revolution center’s whole effort, but it came on a day when the Oneida Nation, representatives of the country’s oldest Native American ally, were turned away from a Valley Forge ceremony, unable to deliver their promised $10 million contribution to the project.

“If you don't want the money, fine, don't take it,” said Oneida Nation representative Ray Halbritter. “But don't deny us the opportunity to honor the memory of both countries' patriots, whose blood hallowed this place.”

The park service said that it was simply responding to congressional concerns about the financial viability of large public-private partnerships. Such projects needed to be evaluated. 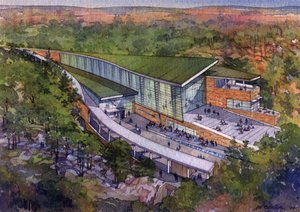 “We were told that all fund-raising activity has to cease until these evaluations are complete,” a park spokeswoman said. “Unfortunately, the timing is very sad, but we are under orders. ”

“The Oneidas arrived at the Welcome Center at the park and they weren’t allowed in!” said Warren V. “Pete” Musser, a very early supporter and board member of the museum. “It was a very poor way to welcome them.”

The Oneida withdrew their offer of $10 million.

The Oneida debacle seemed to epitomize the early problems for the center. New blood was needed to push the effort forward. In 2005, philanthropist H.F. “Gerry” Lenfest joined the board and was named chairman. 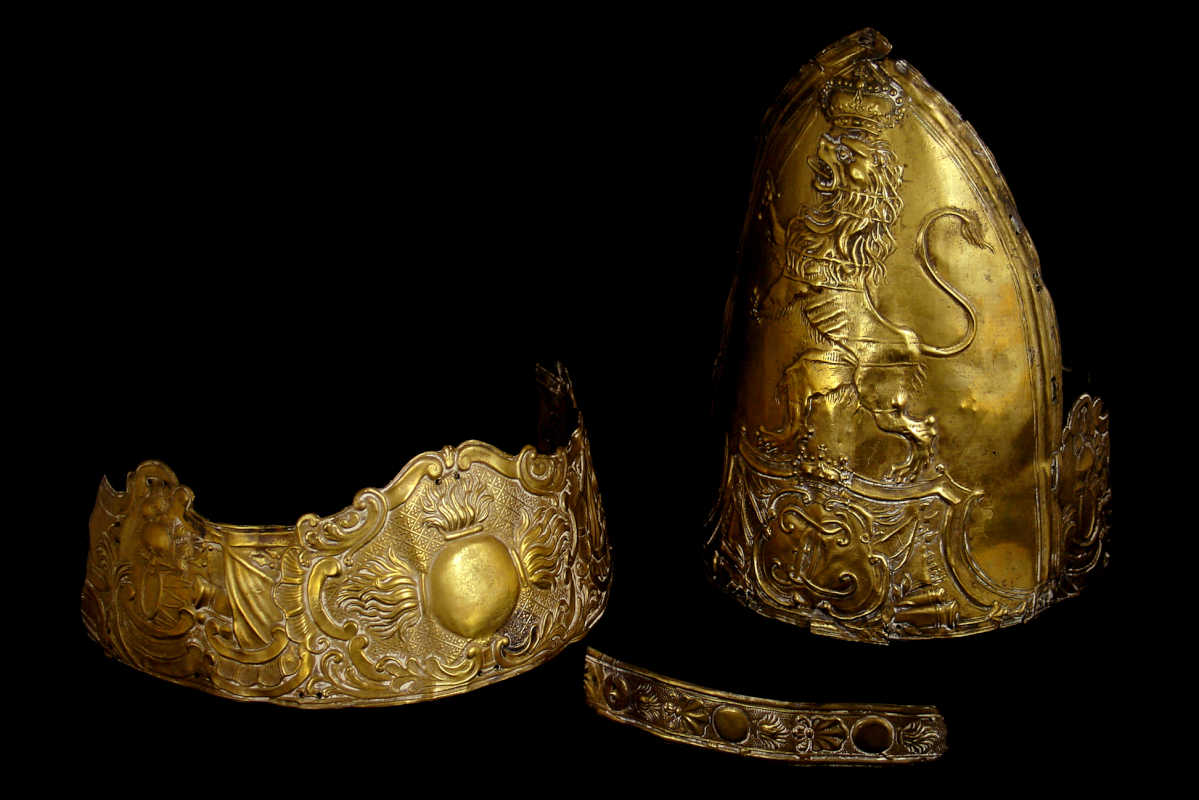 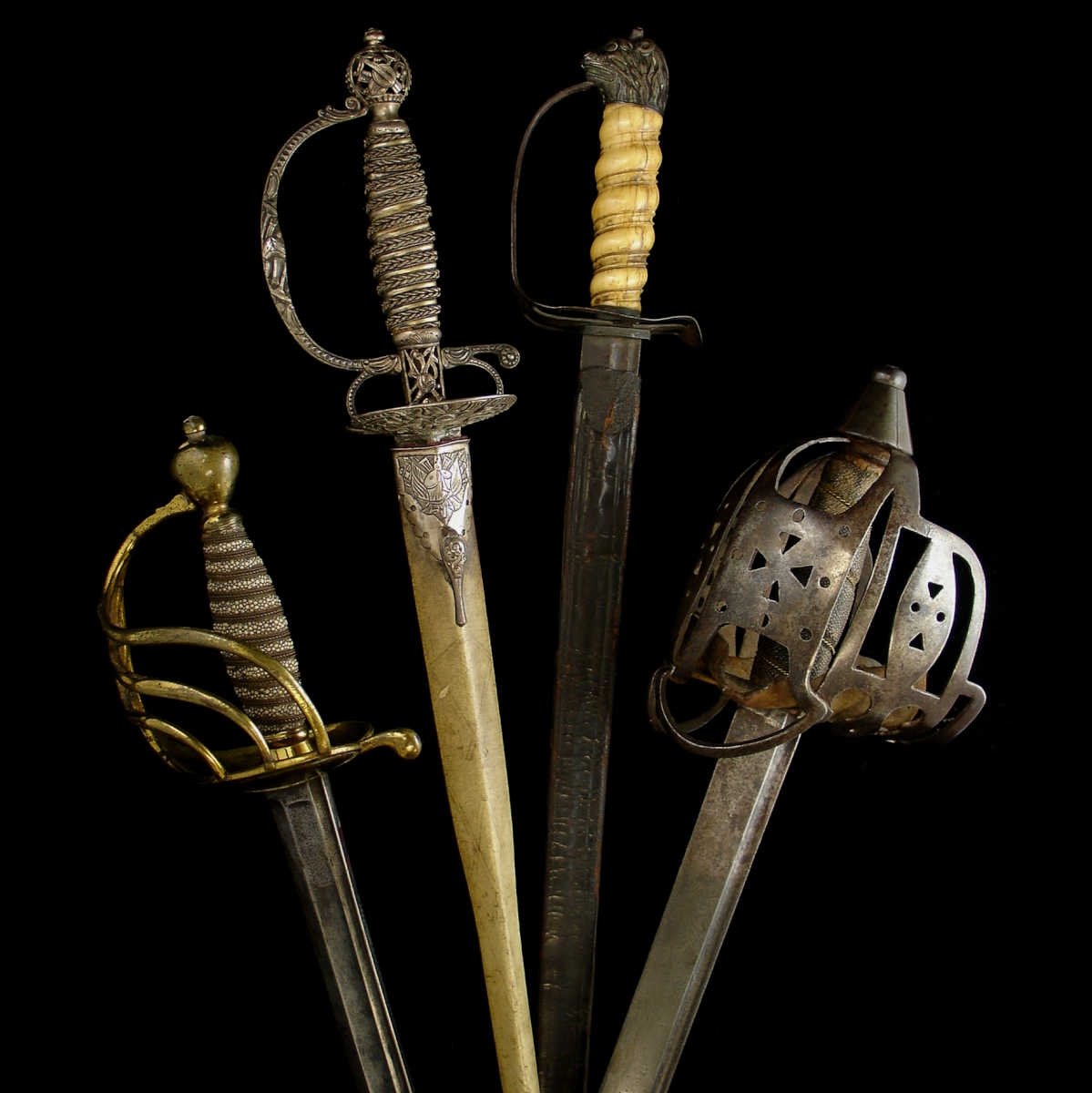 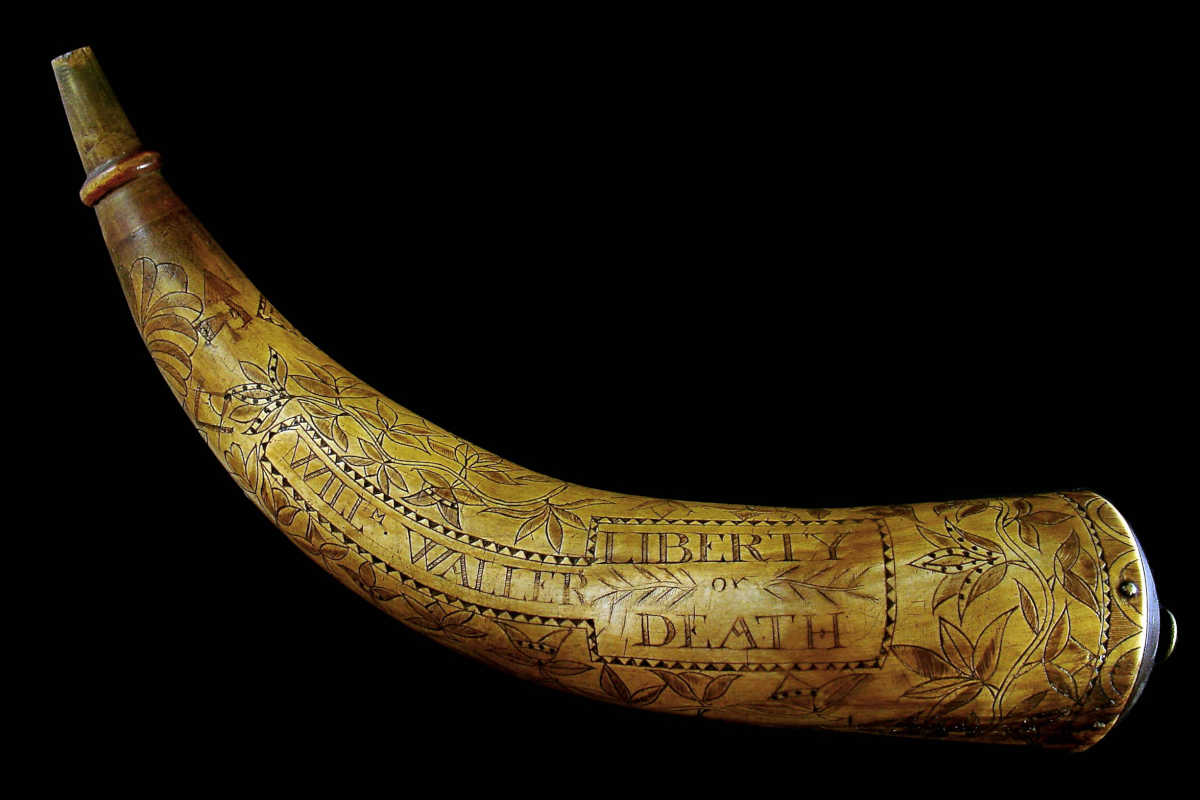 His experience proved frustrating, Lenfest said recently. The park service “wanted us to go within the park but there were so many odious provisions in doing so. We didn’t want to go in the park with those provisions. And they did not want us to go outside the park.”

Stalemate, but not checkmate.

Lenfest put up $4.1 million and acquired 78 acres of land within the boundary of the park, but not owned by the federal government. The center added a hotel, restaurant, and conference center to its plans.Conservation groups, park groups, and neighbors were aghast. Zoning petitions fell like rain.

In 2008, the National Parks Conservation Association and local residents brought a suit in federal court in an effort to block the whole proposal.

“Our concern is the impact of this museum development on the historic character of Valley Forge,” said Joy Oakes, senior director of the association’s mid-Atlantic regional office.

“I think our plans for the 78 acres were overly ambitious,” Lenfest, former owner of the Inquirer, now believes. “We wanted to create some commercial aspects to make sure it was economically feasible. These commercial aspects would help support the private museum. But that ran afoul of the local community’s interest. They did not want the 78 acres developed into commercial properties.”

In the face of the opposition, Rendell and Lenfest started looking for a place in Philadelphia to relocate. They found it at Third and Chestnut Streets, a couple of blocks from Independence Hall, the Liberty Bell, and other Revolutionary War-era sites.

When the museum opens its doors on April 19, it will have successfully completed a $120 million construction campaign and another $30 million for its initial endowment. Objects from its collection that will be exhibited include everything from guns to tents to dresses, books, bowls, and furniture.

“It’s a wonderful opportunity to educate Americans and visitors from abroad about how this nation had a birth of freedom, and how important that was, not just for this nation but for all nations,” said Bruce Cole, former director of the center.

Lenfest believes the museum is the right institution in the right place at the right time. 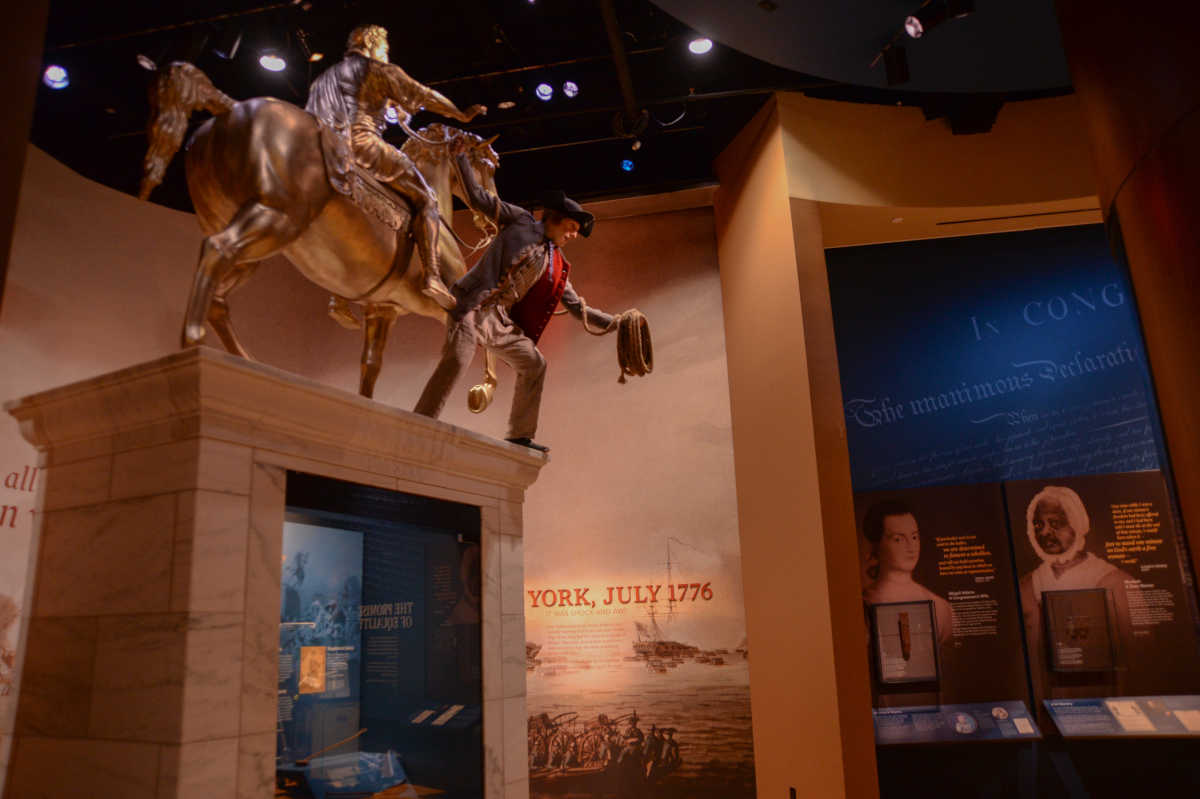 JARED WHALEN / staff
The Museum of the American Revolution