Your ultimate shore guide 2018
In the off-season 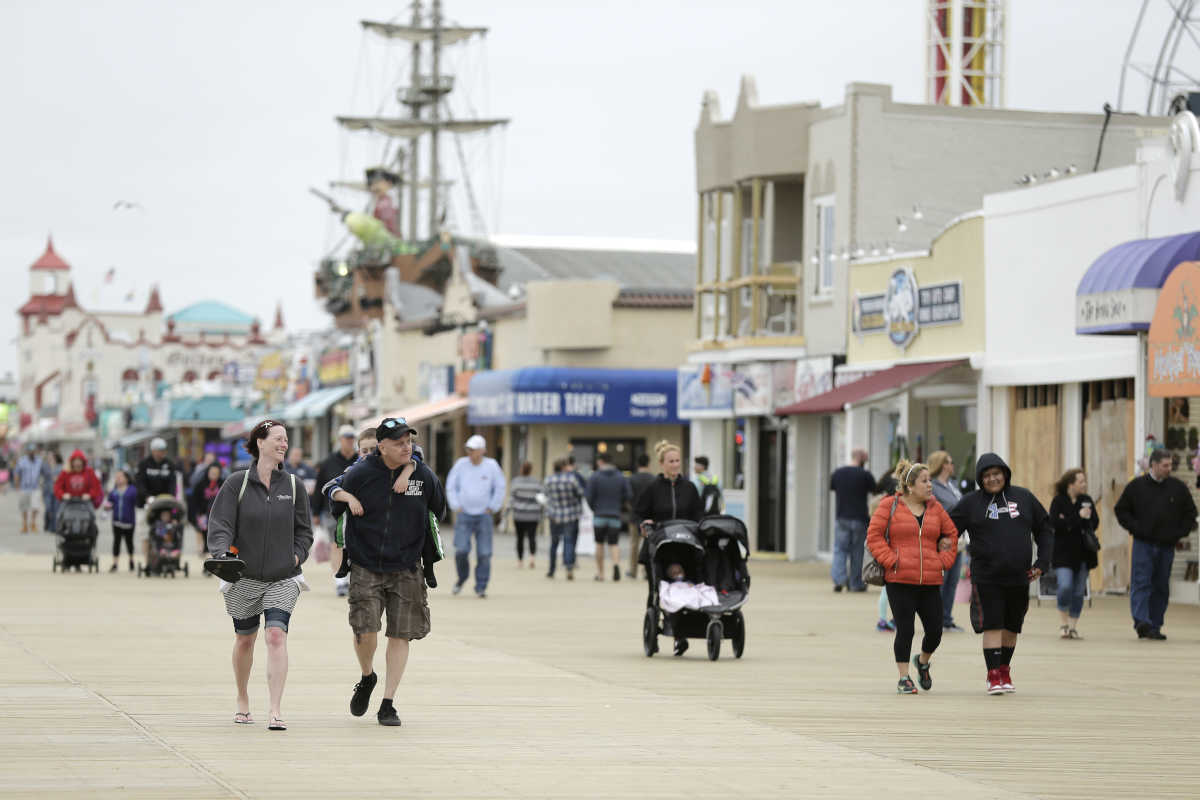 If schoolkids aren't part of your vacation picture, the off-season — April, May, September, and October — makes an excellent scheduling choice. Enjoy the perks, and avoid the crowds.

Between Labor Day and Memorial Day, it's not unlikely you'll find houses discounted by 50 percent. "In the height of the season, my place goes for $5,750 per week," says Cape May homeowner/Coastline Realty owner Carol Menz, who rents out a Victorian near the beach that sleeps 16. "In September, I go down to about $2,300, and October, it's closer to $1,950." In-season, she says, "you almost always have to book a place for an entire week." Once September arrives, "a lot of homeowners begin to allow for two- or three-night stays."

You can always drop into a hotel for a single night, but for much less in the off-season. Take the Biscayne Suites, a short stroll away from Ocean City's boardwalk: A Saturday night stay in July costs about $320 for a base-level room; in September, that room is more than $100 less. Book into October, and you can take away another Benjamin.

Beach-tag policies apply only in peak season. Head to Avalon, Stone Harbor, Cape May, and Sea Isle City before Memorial Day or after Labor Day, and the waves and sand are free. In Ocean City, no tag is required before June 2 and after Sept. 3. (Tags are never needed at Wildwood and Atlantic City.)

Often in the off-season, parking lots and meters are free. In many towns, though (Ocean City, the Wildwoods, Sea Isle City, and Stone Harbor), meter season runs roughly May 1 to Oct. 31.

Off-season puts some of the best restaurants on the menu with only three days' notice, as opposed to three months'. "It's crazy. We opened up our reservations to the public on the first day of spring, and people started lining up out front until we opened," says Cookie Till, owner of Steve & Cookie's by the Bay in Margate. "By the end of the day, nearly all of the prime dining times within July and August had somebody's name on them." During May and September, Till says, only a few weeks' notice is needed for a weekend night. In October, you may be able to call that week and get a Saturday night table.

Tables come easier at spots that don't take reservations, too. "The pace of life is much slower during the off-season, so it creates a quieter, more intimate experience," says Mark Kulkowitz, owner of Cape May's Mad Batter Restaurant, where breakfast is first-come, first-serve, and lines stretch out the door. "During the on-season, it's like rush hour in Center City — things are going full throttle."

The weather often hits that sweet spot: You can bike all day without sweating and still wear flip-flops at night. The National Weather Service says the average high in September for Atlantic City (and the other barrier islands) is a pleasant 77 degrees. September ocean temps match those of the warmer months, too, after soaking in the sun all summer. May's daily highs average 71 degrees. April (62 degrees) and October (67) are chillier.

Next article: A tide of new restaurants

Your Ultimate Shore Guide 2018
Getting to the Shore
When you don't want to drive
FAQs for first-timers
Things newbies need to know
Play, stay for less
You can have it all
New boutiques
A new generation of boutiques
Fun in any weather
Rain? Do this instead
See-worthy history
Historical sites
In the off-season
Come spring, come fall
Swimsuits for all reasons
Like bending, stretching, and dancing. Splashing, too.
Beachy-keen accessories
Chic accessories
Concerts at the Shore
Country, classic rock, comedy...
On stage: More to see
What's on stage
New now in Atlantic City
What's happening around Casino Town
Two states, two Shores
New Jersey and Delaware
Bethany Beach: quiet oasis
It's a sleeper resort than some of the Delaware Shore party towns located just a short drive away
The other Ocean City
It's not dry like OCNJ, and there's no shortage of dining, dancing, and lively fun for grown-ups.
A tide of new restaurants
A season of revival and re-creation
Favorite seafood finds
Fresh fish here
A bevy of boozy brunches
Toast-worthy breakfast spots
Fine dining picks
Five picks for a special meal
Casual eats
Where to get the goodies
Quiz: Shore Etiquette