Mayara Piñeiro was 17 when she left everything behind — luggage, family, country, a promising ballet career. She left in the middle of the filming of a documentary about her ballet school that centered on her.

Her journey began in 2009 in Niagara Falls, Canada, where she and her classmates from the illustrious Escuela Nacional Cubana de Ballet (Cuban National Ballet School) were on tour and eating dinner after a performance. Piñeiro gazed out the restaurant window and spotted two flags — Canada's maple leaf and the U.S. Stars and Stripes — and the nearby Niagara Falls International Rainbow Bridge connecting the countries.

In that moment, she decided to defect.

"I was like, this was my opportunity to just go, and I just did," said Piñeiro, now 24 and a soloist with the Pennsylvania Ballet. She will dance the lead role of Kitri on Thursday night, when Angel Corella's production of Don Quixote has its world premiere at the Academy of Music. 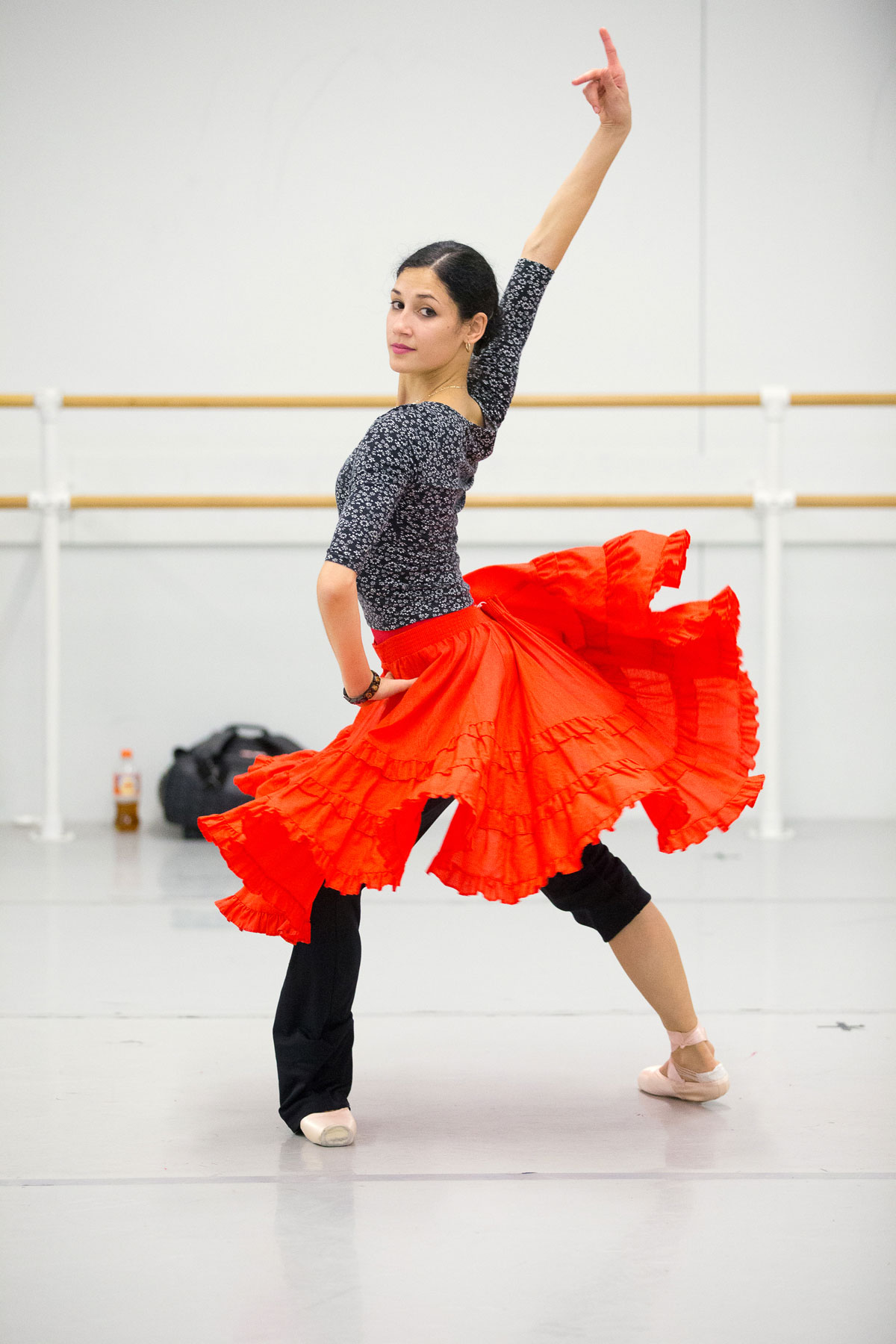 The love story of the ballet will be mirrored in the casting, as Piñeiro's fiancé, Etienne Díaz, 26, a corps de ballet member, stars opposite her as Basilio.

“I was like, this was my opportunity to just go, and I just did.”
Mayara Piñeiro

Their fiery jumps, fast turns, and passionate acting give them the right energy for the roles, and Piñeiro, with glossy dark hair and expressive eyes, looks a confident Kitri.

That night in Ontario, Piñeiro stepped alone into the unknown. She left her purse, went to the bathroom, recorded a video explanation for her mother, and slipped out.

She saw people walking across the Rainbow Bridge to the United States, she said, "so I tried to be one of them: I was taking pictures and enjoying the view, but I was walking faster to get to the other side."

In Cuba, people are as crazy for ballet as they are for baseball. On the diamond or on stage, those talented enough to pursue it for a living are revered. But like Cuban boys of summer, many ballet dancers seek chances to leave their fans and homeland for greater freedom, opportunities, and far better pay abroad. 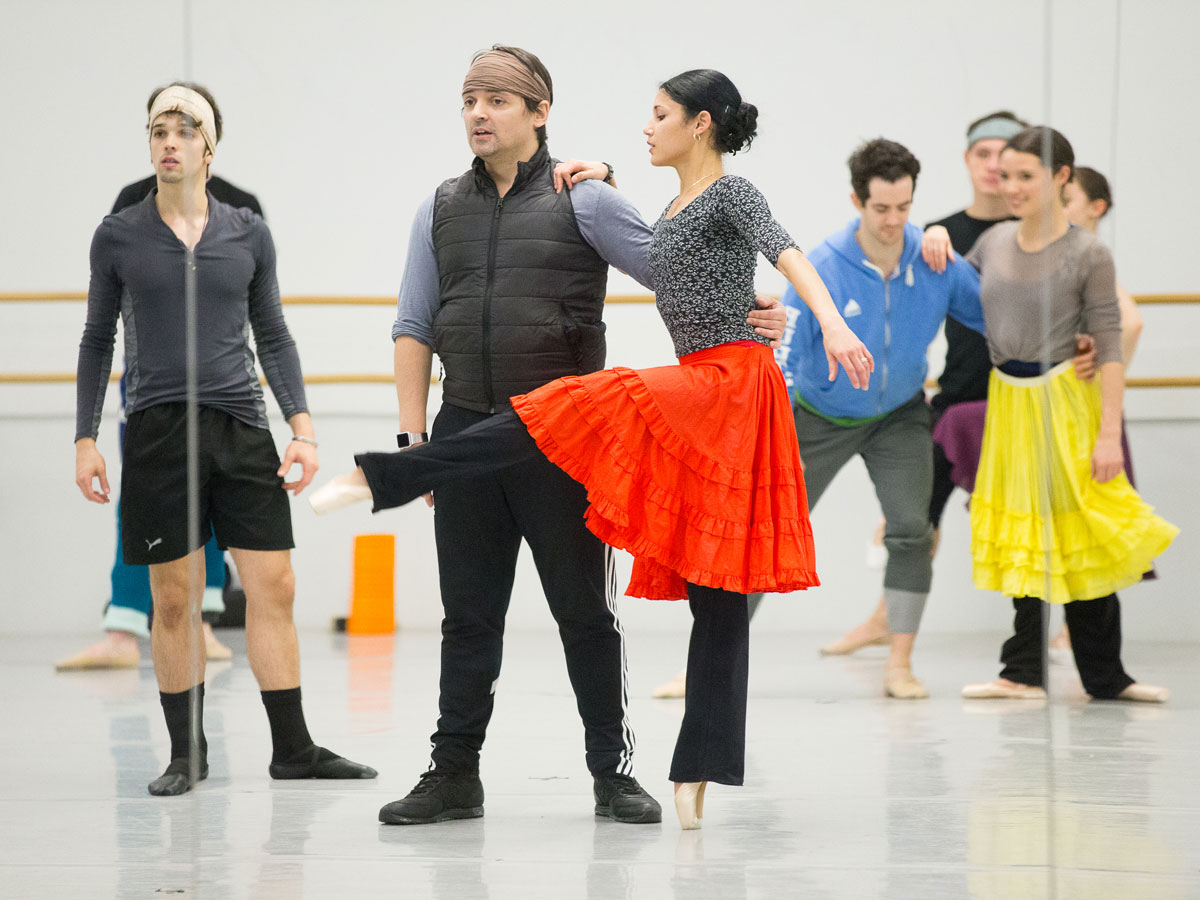 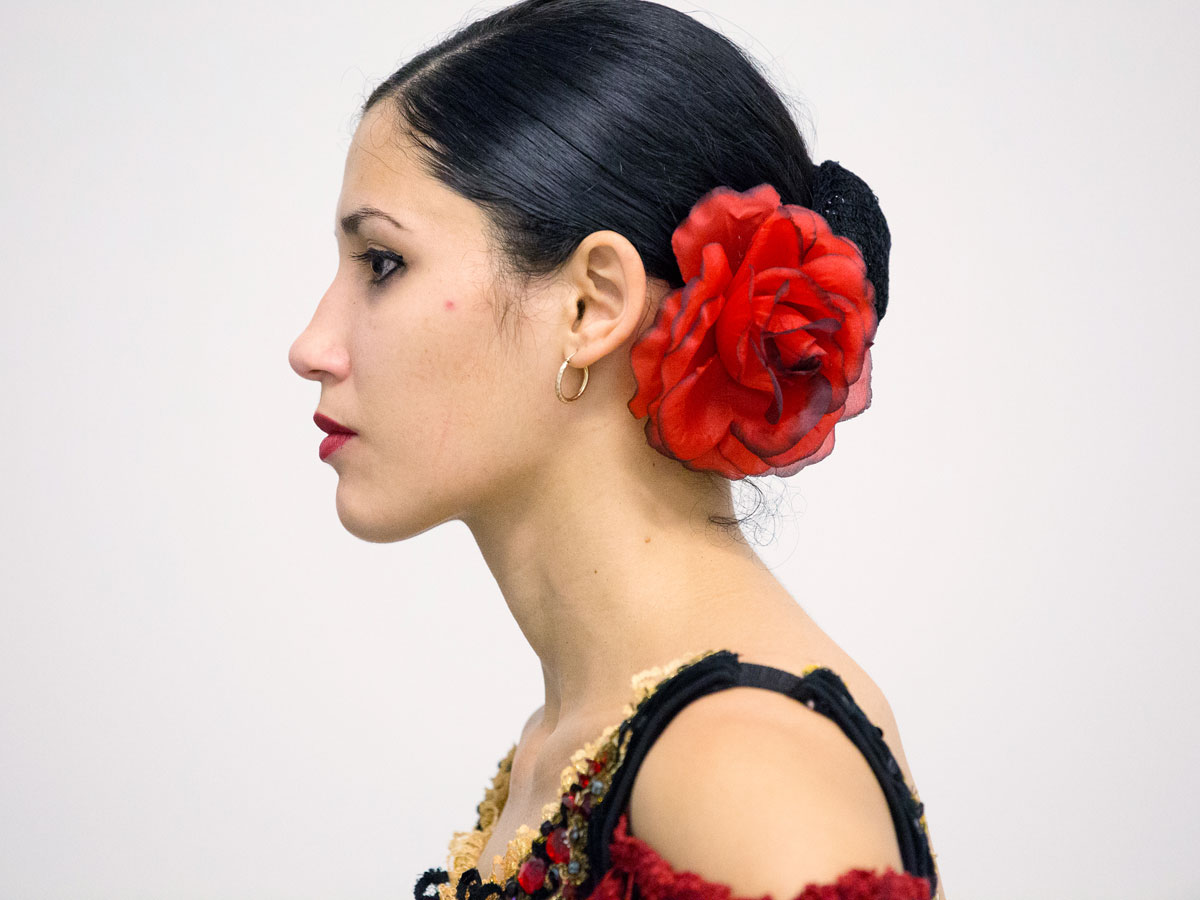 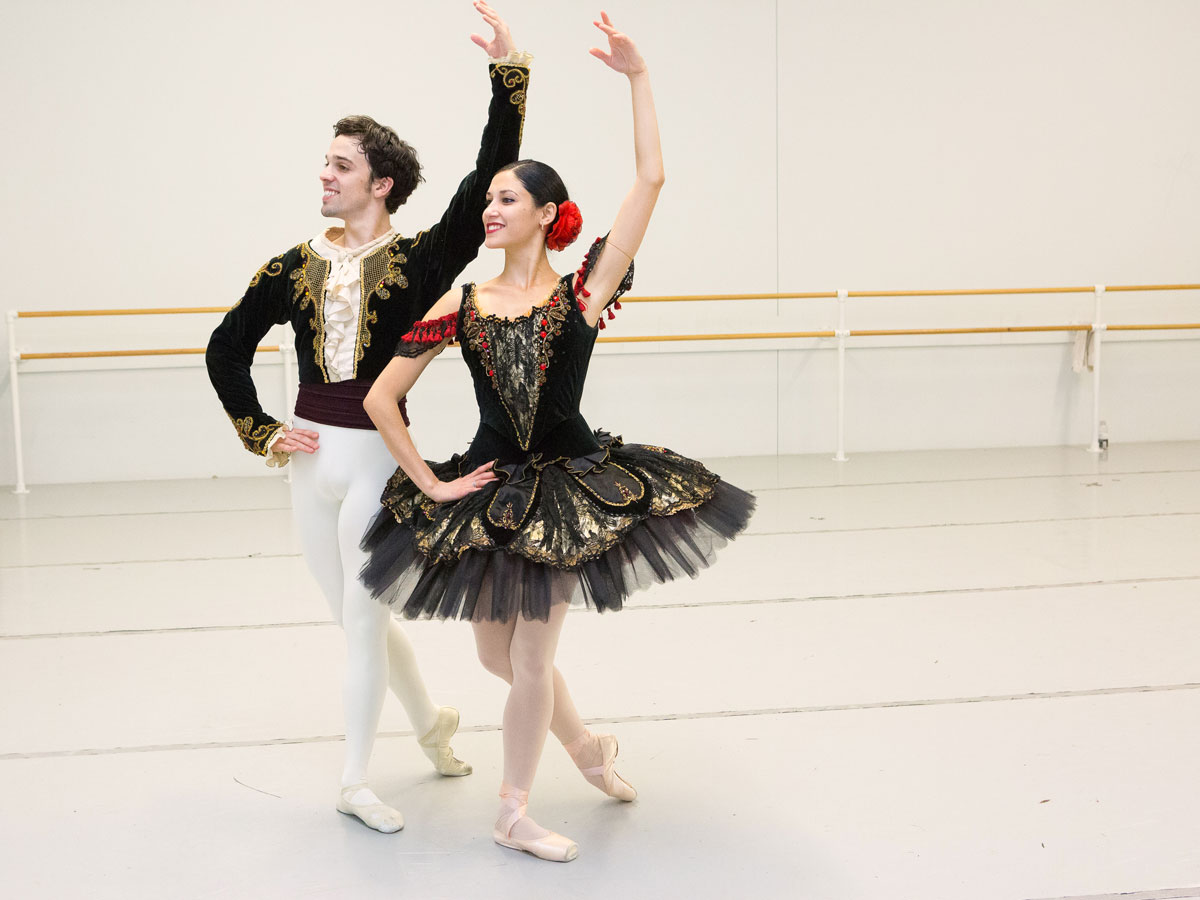 Mayara Piñeiro and Etienne Díaz rehearse in the studio with Angel Corella and others who will dance the roles of Kitri and Basilio in alternate performances. (JESSICA GRIFFIN / Staff Photographer)

Piñeiro said that for her, the financial angle was huge: "What made me decide was that I had to help my mother, my family."

Piñeiro grew up poor in a two-room house with her mother and younger brother, 90 minutes from the national ballet school in Havana. She rode four buses every day and couldn't afford to buy tights: Her mother made hers.

But in other ways, she was golden. American filmmaker Mary Jane Doherty came to shoot a documentary on the ballet school and focused on Piñeiro. The working title: Mayara. In 2014, it was released as Secundaria and shown at Lincoln Center's Dance on Camera and other prominent festivals.

"I was one of the best of my group, so I knew I will get into the company," Piñeiro said of the National Ballet of Cuba. "But I always wanted to be [in the United States], because of the repertory," since the Cuban company dances the same ballets over and over, rarely paying rights for works that would challenge young artists.

What made Piñeiro's defection unusual is that she was a student, a minor. Also that she defected at a northern border that doesn't get a lot of Cuban defectors.

"When I got to the bridge, I showed my papers to the officers, because I did not know how to say 'hello' at the time," she said. "They were very nervous, because I was a minor, and I was crying because I saw so many officers around me that I thought there was something wrong." 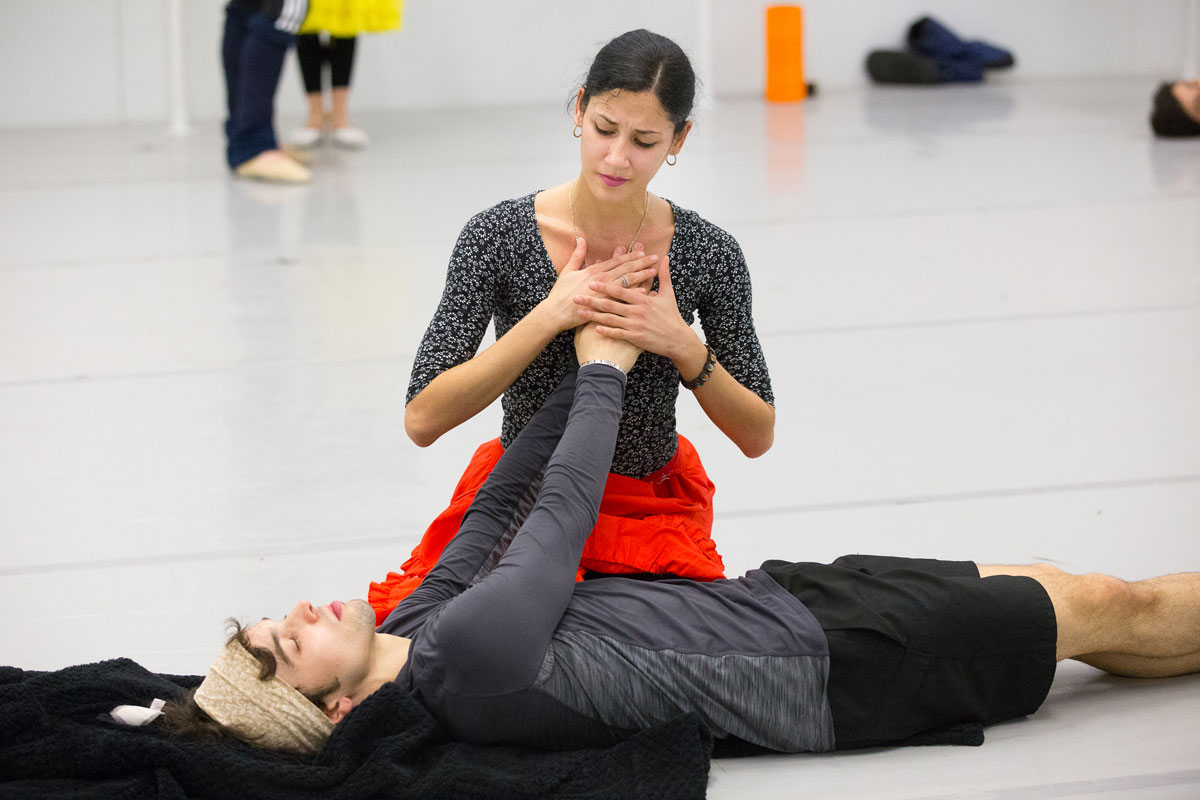 Through a translator, she told them she had an uncle in Miami, and hours later, two officers flew her to Florida. After some confusion, her parents were contacted, gave permission for her to stay in the United States, and she was reunited with her uncle.

Her ballet training was suspended for several months, though, because there was no money for classes.

“Etienne has a very great respect for Mayara and great love for her and he shows it in everything he does.”
Angel Corella

All that changed when she met Díaz. He was also born in Cuba. His father, an anesthesiologist, was offered a job in Brazil. He was then able to take Díaz, then 7 and in need of a good school; his brother Eddy Tovar, 14, a talented ballet student who would soon have to enter the Cuban military; and their mother.

At 14, Díaz moved with his mother, by then divorced, to Florida, where Eddy and their sister, Zoica Tovar, were dancing with the Orlando Ballet. Díaz was dreaming of a soccer career — but reality hit the next year at tryouts for the high school team.

"My coach — I'll never forget — he said, 'Oh, you're so good and you come from Brazil. But you're very slow,'" Díaz said. His sister suggested that to improve his speed, he take up ballet. 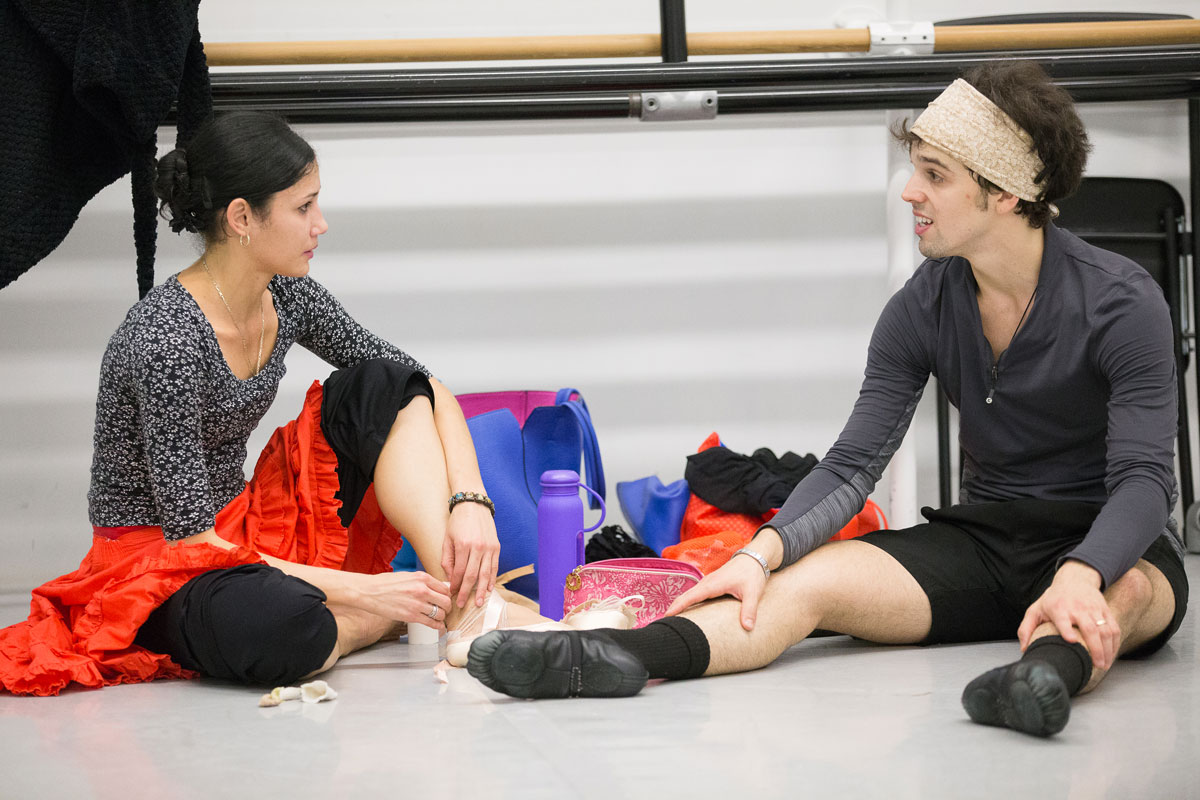 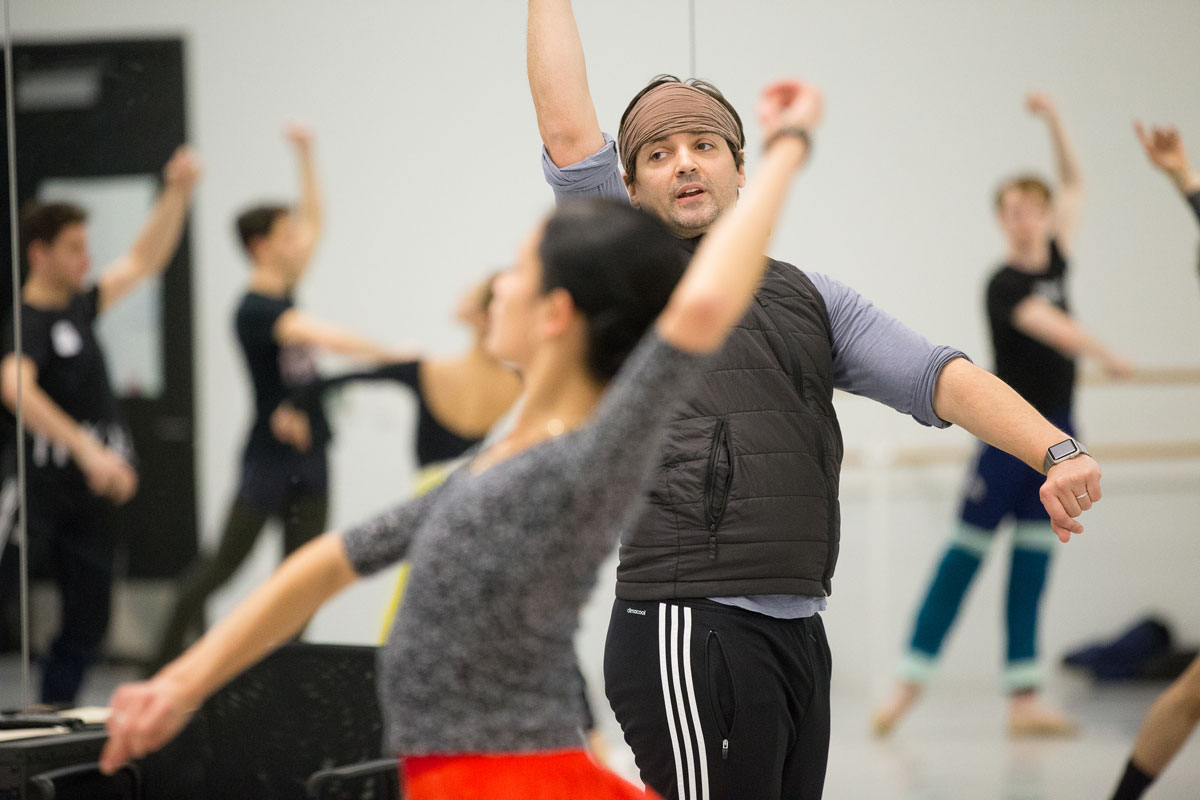 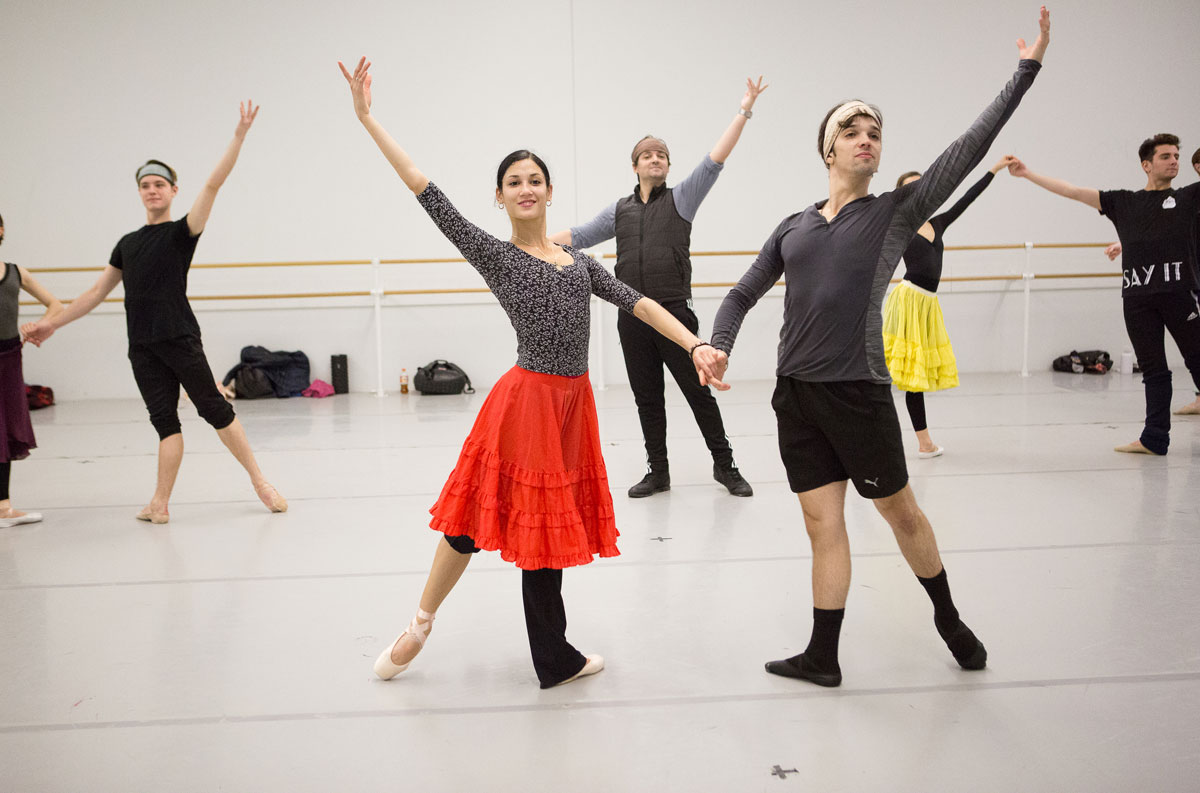 Mayara Piñeiro and Etienne Díaz chat as they get ready and then rehearse in the studio with Angel Corella and other dancers. (JESSICA GRIFFIN / Staff Photographer)

A few years later, he received a contract from the National Opera of Bucharest. While he was making plans to go, his mother, then working in the wardrobe department of the Orlando Ballet, asked for his help one day. A girl had come in, asking in Spanish for training she could not pay for. Mayara was her name.

He took Piñeiro to the small studio where he was keeping in shape. Its owners offered to train her free. Once she began to get in shape, they sent a video to Romania, and soon Piñeiro, too, had a contract in Bucharest.

From there, they joined Balletto de Sud in Italy, and then moved to the Milwaukee Ballet, to be closer to Cuba. Visits are allowed, and they plan to wed there.

In 2014, they met Corella at a summer program in Hartford, Conn. He was doing Don Quixote with a group of students. He chose Díaz for Basilio and invited the couple to join him in Philadelphia, where he'd be starting as artistic director in September.

"The repertoire here that we dance is just unbelievable," Díaz said of the Pennsylvania Ballet. "We do everything. And that's the reason why we moved from company to company, because we were looking for that."

Piñeiro and Díaz are one of five pairs chosen to dance the leads in Corella's Don Quixote, a rare opportunity for them to dance together.

"I think that's also going to help the chemistry," Corella said. "And it's funny because usually couples, they hate dancing together. They're so comfortable with each other that they just start yelling and screaming in rehearsals."

But Piñeiro and Díaz are different, he said. "They're actually very, very nice together. I think Etienne has a very great respect for Mayara and great love for her and he shows it in everything he does. He listens to everything she has to say. And it's actually nice to see that, because not a lot of men are willing to do anything to make the girl comfortable."

Díaz agreed. "I always love dancing with her from the beginning." 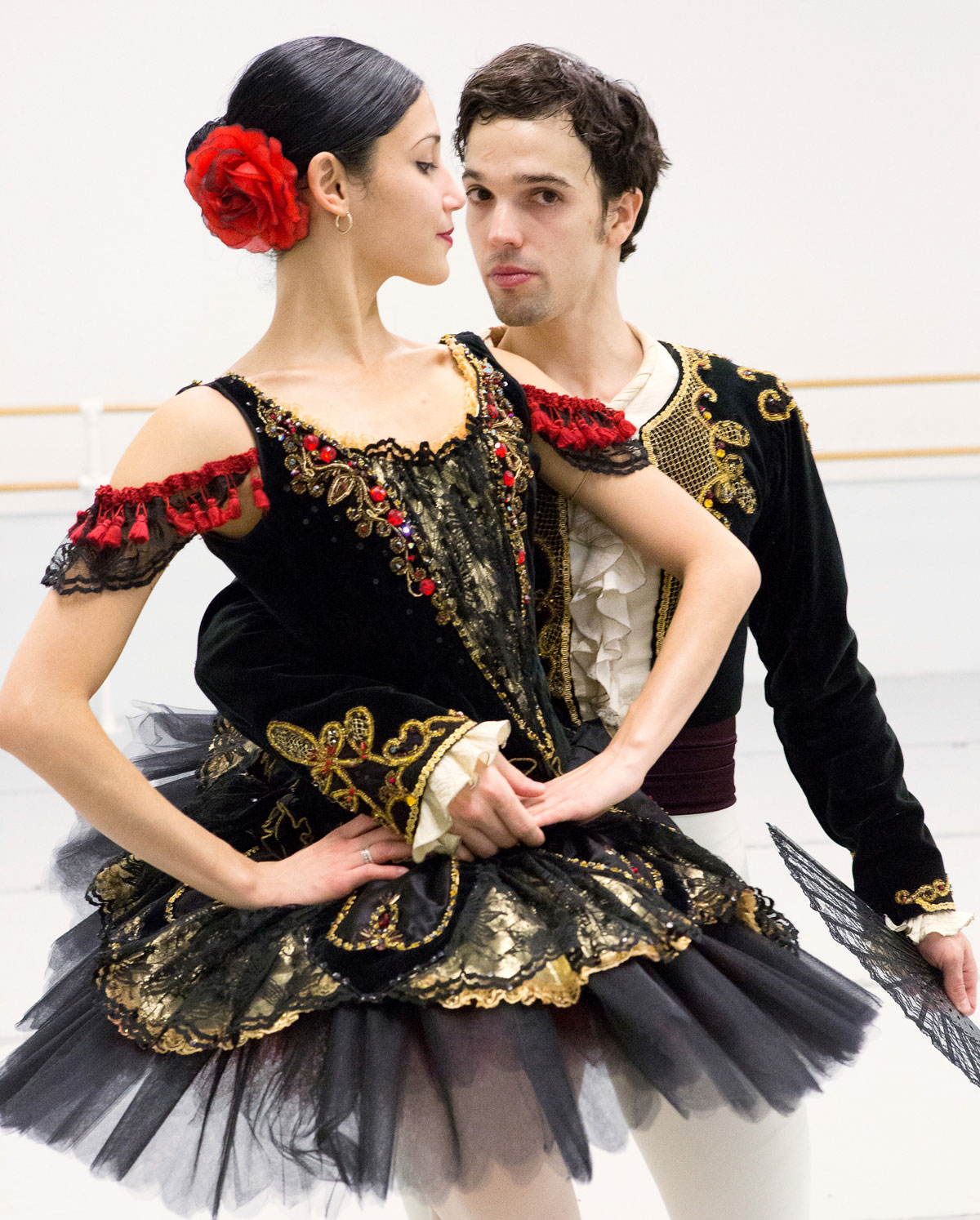