All aboard: author Colson Whitehead a hit in Lower Merion

In the four months since his novel The Underground Railroad was published, Colson Whitehead has seen it chosen by Oprah's Book Club, become and remain a bestseller, and win the 2016 National Book Award for fiction.

"It's been life-changing," he said Sunday during his One Book One Lower Merion standing-room-only session at the township building in Ardmore. "So despite my best efforts, I've been in a good mood lately." 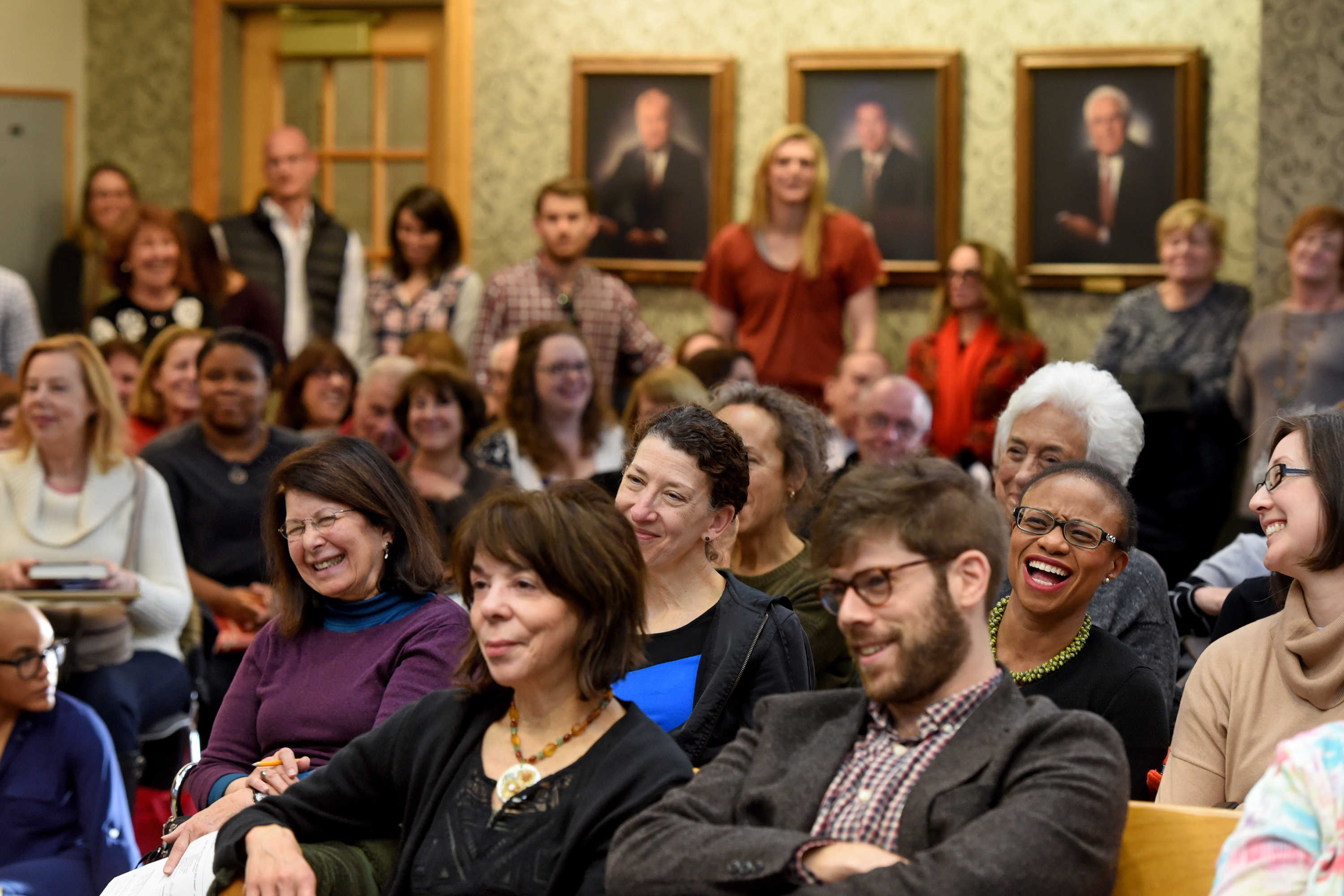 Instead of running away from pre-Civil War plantations in the Deep South and hiding in Underground Railroad "stations" in abolitionists' houses, Whitehead's fictional slaves ride an actual train on their danger-filled escape to freedom.

But the horrors of slavery depicted in the novel are real and graphic, based on Whitehead's researching slave narratives collected by the Federal Writers' Project of the Works Progress Administration in the mid-1930s.

Whitehead, 43, said he was a younger man in 2000 when he first imagined writing the novel, "but I thought if I wrote it back then, I'd probably screw it up."

When the idea resurfaced a couple of years ago, he asked his wife's opinion. "Sometimes in a marriage," he deadpanned, "you have to make conversation."

Whitehead said his wife liked the Underground Railroad idea better than his only other one, which was "writing about a middle-aged writer in Brooklyn going through a midlife crisis."

Encouraged, he bounced the idea off his therapist. "Wednesday is my shrink day," Whitehead said, "so I went to my shrink. He said, 'What are you? Crazy?' "

When the audience laughter died down, Whitehead said that seriously, he finally decided to write The Underground Railroad because "maybe you should write the book you're scared of instead of the book you know you can do." He said he wrote it "to pay tribute to my ancestors. My family didn't come here on a study visa. They came [on] slave ships."

The hardest part of the writing, Whitehead said, was researching the atrocities that slaves suffered and realizing he'd have to put his heroine, the teenage slave Cora, through those horrors.

When he'd written the first 100 pages and was sure he wouldn't be influenced by the movie 12 Years a Slave, he tried to watch it but stopped after an hour. Writing about the atrocities is one thing, Whitehead said, but seeing human beings reenact them was too much.

More recently, when Whitehead visited the International Slavery Museum in Liverpool, England, his host asked if he wanted to see the visual presentation of life aboard a slave ship in the Middle Passage room. Hearing screams coming from the room, Whitehead told his host, "I don't. Really." 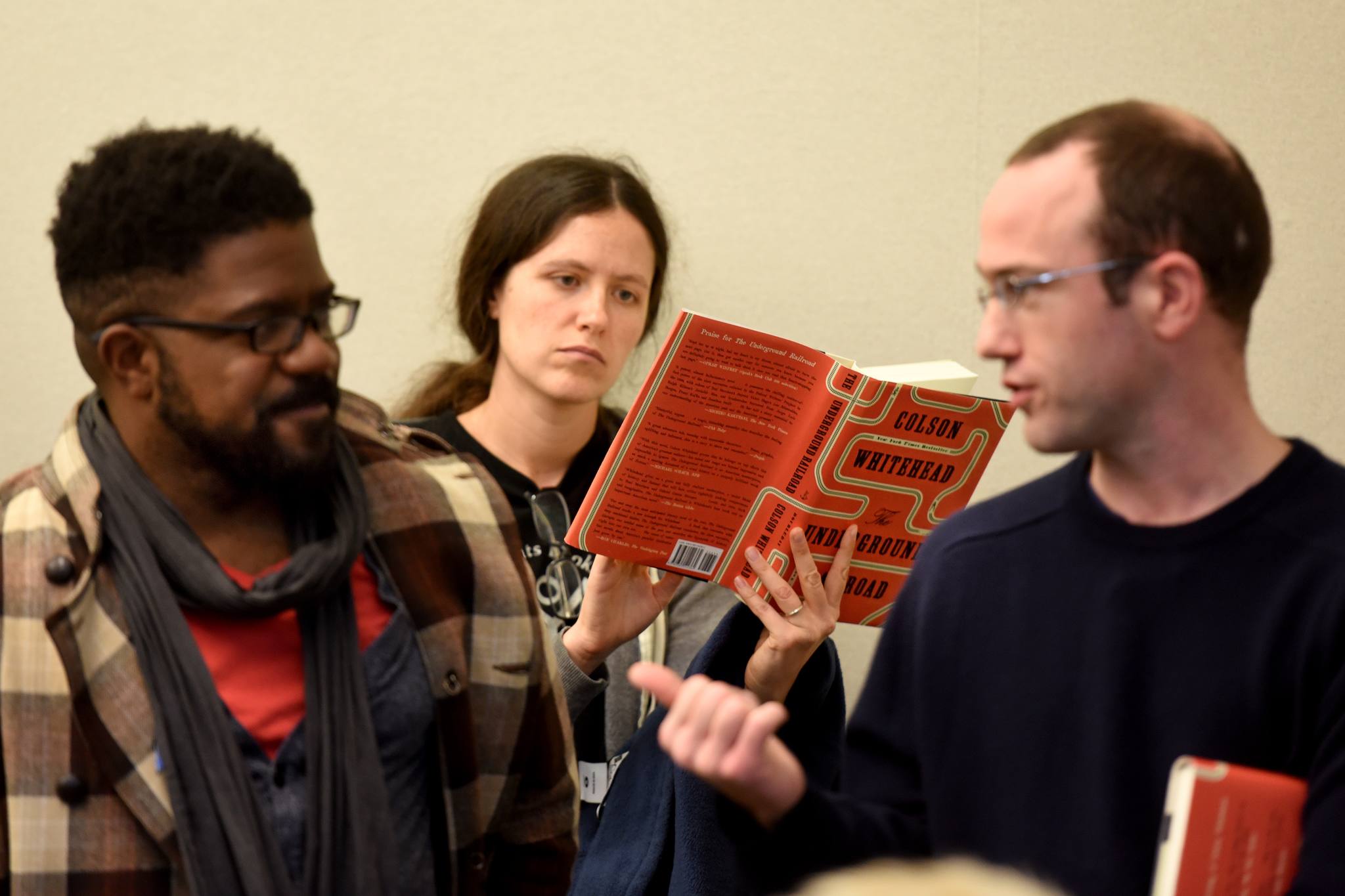 An audience member asked Whitehead if he had ever met President Obama, who had praised The Underground Railroad as "a terrific book, powerful." No, Whitehead said, but he'd fantasized about contacting Obama, asking him to come over for some ribs, and promising, "I'll make some healthy sides for Michelle."

Whitehead was interviewed Sunday by Connie Ragsdale, president of Historic Strawberry Mansion, the abolitionist William Lewis' North Philadelphia home, which she said "may or may not have been part of the Underground Railroad . . . but people back then knew if they needed a safe place to hide, they could come there."

After the session, Saundra Brown and her daughter Candace from Bryn Mawr waited patiently in the long line of autograph seekers, then took photos of each other chatting with Whitehead as he signed their copies of his book.

Mother and daughter said they related Cora's struggles to the struggles they knew about in their own family's history.

Brown said she was moved by "how Cora continued to fight and how she finally triumphed." 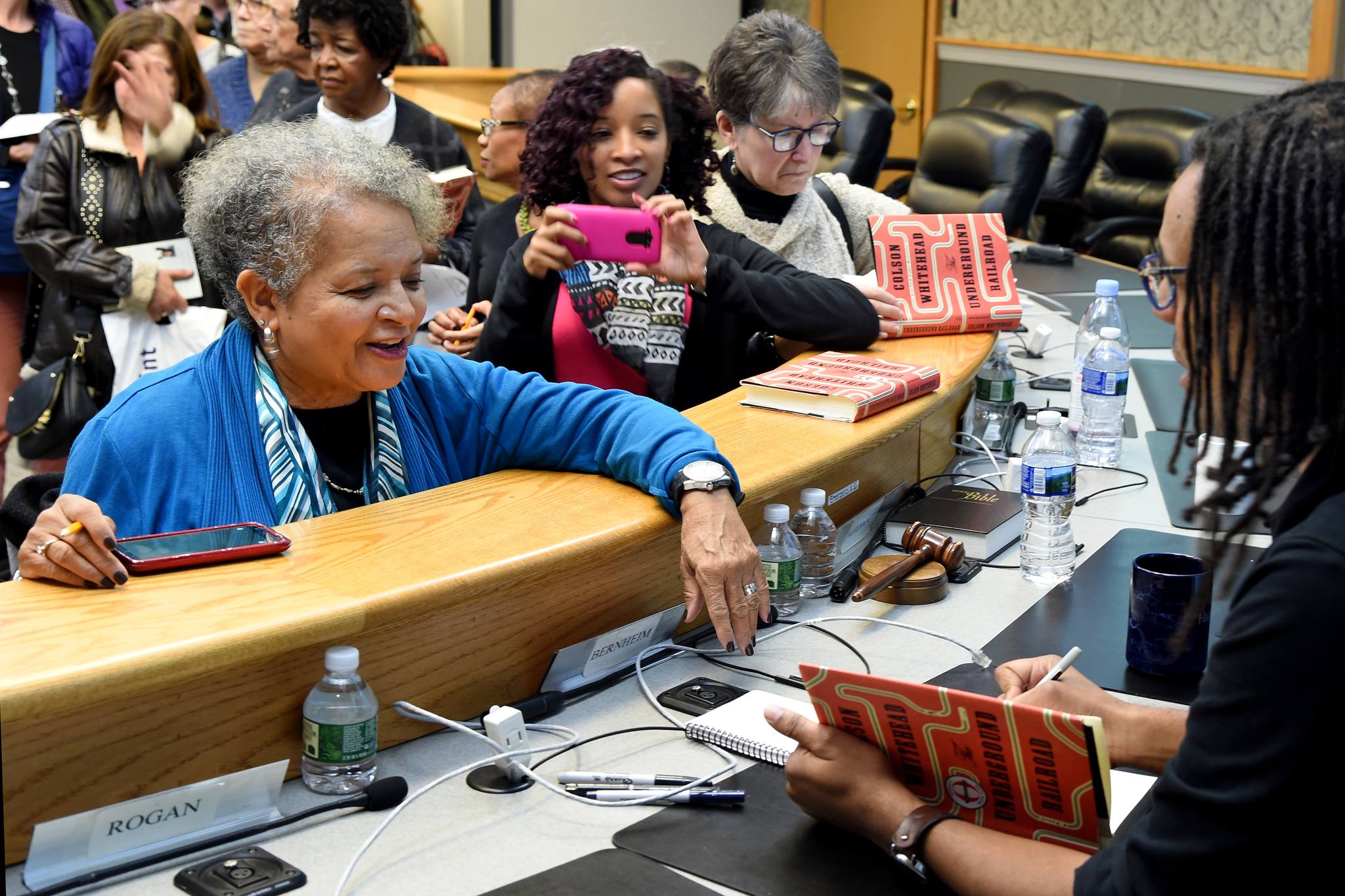