WASHINGTON —  As of Saturday, Donald Trump has been president of the United States for 100 days.

It's a period of time that has clearly humbled Trump — in his own uniquely Trump way — and also humbled the political establishment. It's caused all of us to continually rethink everything we thought we knew about American politics, in real time, and attempt to adjust.

Yes, 100 days is an arbitrary line, but it's also as good a time as any to step back and reflect on what we and President Trump have been through so far. And given Trump's 100th day falls on a weekend, we thought some light reading was in order.

Below are some winners and losers, with the losers up first.

The first 100 days weren't good for Trump, objectively. And judging by his comments abou this learning curve, he knows it. He has one signature accomplishment in confirming Supreme Court Justice Neil M. Gorsuch. But he has no significant legislative victories; three of his big executive orders have been halted by the courts; and his approval rating at 100 days is the lowest of any president in the modern era, by double digits. To top it all off, this was a president who promised to do huge things and do them quickly — now he's breaking promises almost weekly.

To pitch Trump's first 100 days as a success, the White House has resorted to citing highly misleading statistics and even bragging about how many executive orders Trump has signed — executive orders that Trump could sign thousands of if he wanted to and that he referred to in the past as the sign of a weak president. That just about says it all. 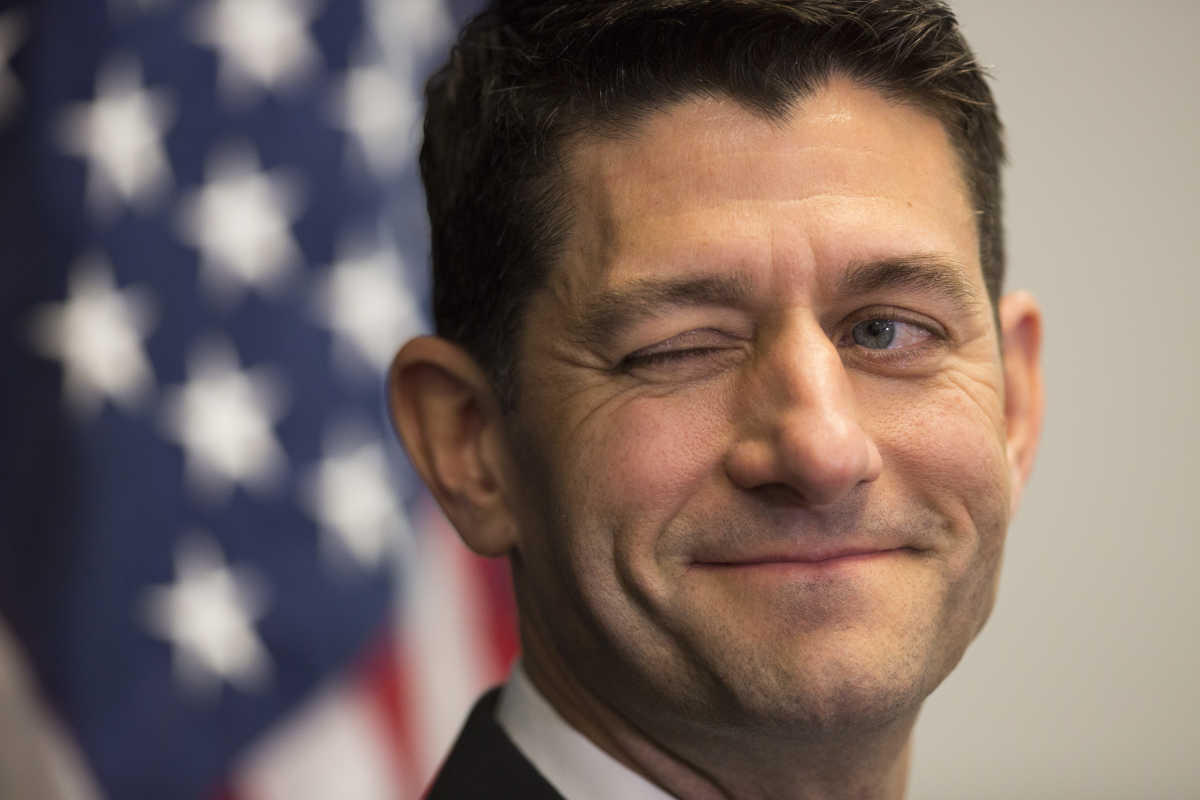 evan vucci / AP
Speaker of the House Rep. Paul Ryan winks during a news conference after a GOP caucus meeting on Capitol Hill on Wednesday.

The House speaker from Wisconsin, once a Trump skeptic, has certainly been along for the ride over the first 100 days. He has a reputation as a serious policy wonk and was hailed as the one Republican who could unite the party when he agreed to become speaker. Both of those perceived talents have been seriously called into doubt. Ryan's efforts to pass a health-care bill never seemed close to succeeding, and the decision to try to rekindle that failed bill in recent weeks looks like a strange one right now.

It seems as though Ryan is allowing Trump to set the agenda and is doing his best to be a team player. But he's not looking like the skilled and serious politician who came into the speakership with such high hopes. Oh, and he's even more unpopular than Trump, with 29 percent approving of him and 54 percent disapproving, according to Pew.

Being powerless is not fun. And as Democrats try to pick up the pieces after a disastrous 2016 election — and face a historically grim picture in state governments across the country — they're fighting over how to move forward. Sen. Bernie Sanders (I., Vt.) questioned the progressivism of Georgia special election House candidate Jon Ossoff. Democratic National Committee Chairman Tom Perez suggested that all Democrats had to support abortion rights. Sanders and Sen. Elizabeth Warren (D., Mass.) criticized former president Barack Obama for taking $400,000 for a recent Wall Street speech. And progressives complained about the lack of party help in a surprisingly close Kansas special election. Democrats have long had a reputation for being an unwieldy political party; without a true leader right now, they're confirming our stereotypes.

Remember when Trump was the guy playing up his claimed opposition to the Iraq War and promising to get us out of foreign conflicts so we could focus on "America first"? That same president has now launched unprecedented strikes against the Syrian government, put Iran "on notice," and engaged in a war of words with North Korea while warning about the very real possibility of a "major, major conflict" there. When Trump struck Syria, he almost seemed mesmerized by the power at his fingertips, recounting how he launched the missiles over dessert ("the most beautiful piece of chocolate cake") with Chinese President Xi Jinping.

Whatever you think of Trump's posture toward adversaries, it's the kind of talk that could one day mean Trump will have to put his military where his mouth is. And that's not really the non-interventionist foreign policy he ran on. 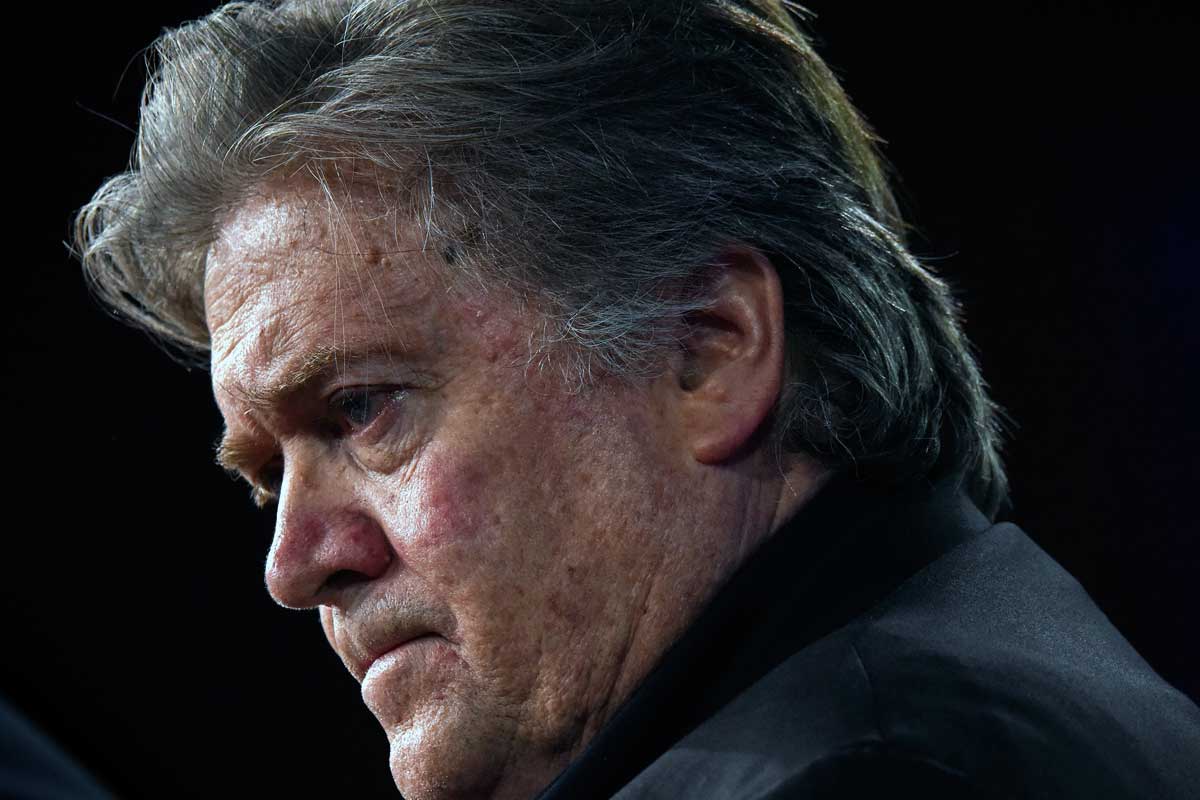 Bill O'LEARY / Washington Post
DWhite House strategist Stephen K. Bannon's nationalist politics and past embrace of the alt-right have made him a controversial and unloved figure.

There is plenty of legend and lore surrounding Bannon, the former Breitbart News executive who took over Trump's campaign in the general election and then ascended to the post of chief White House strategist. Bannon's nationalist politics and past embrace of the alt-right have made him a controversial and unloved figure — but one that Trump apparently relied upon and trusted. That's now no longer a given, after Trump delivered a rare public rebuke of Bannon and even questioned his importance in the 2016 election. "I like Steve, but you have to remember he was not involved in my campaign until very late," Trump told the New York Post earlier this month. (Ouch.) Bannon is still in the White House, but his role sure seems to be diminished, which was pretty unthinkable 100 days ago.

It turns out all that Trump's predecessor had to do to make Obamacare popular was to leave office and have Republicans prepare to repeal it! The Affordable Care Act has never polled better, with some surveys even showing a majority of Americans approve of it. Even more, the law has proven resilient in the face of GOP efforts to overhaul it. Republicans quickly gave up altogether on repealing it and are now trying to figure out how to replace it — with a somewhat similar, government-oriented alternative. But even that doesn't look likely to happen anytime soon, as both moderate and conservative Republicans balk.

The court returned to its nominal 5-4 conservative majority when Trump nominee Gorsuch was confirmed earlier this month. And in Gorsuch's wake lay the filibuster for Supreme Court nominees. Democrats, incensed by the treatment of Obama Supreme Court nominee Merrick Garland last year and itching for a fight, opted to try to stop Gorsuch, even though he was the kind of nominee that usually sails through confirmation. The result: The GOP simply continued what Democrats started in 2013 and rolled back the filibuster rules. Now, if a liberal justice retires anytime soon (as seems quite possible), Republicans will need only 50 votes to confirm a justice who could tip the court clearly in their favor for years to come. 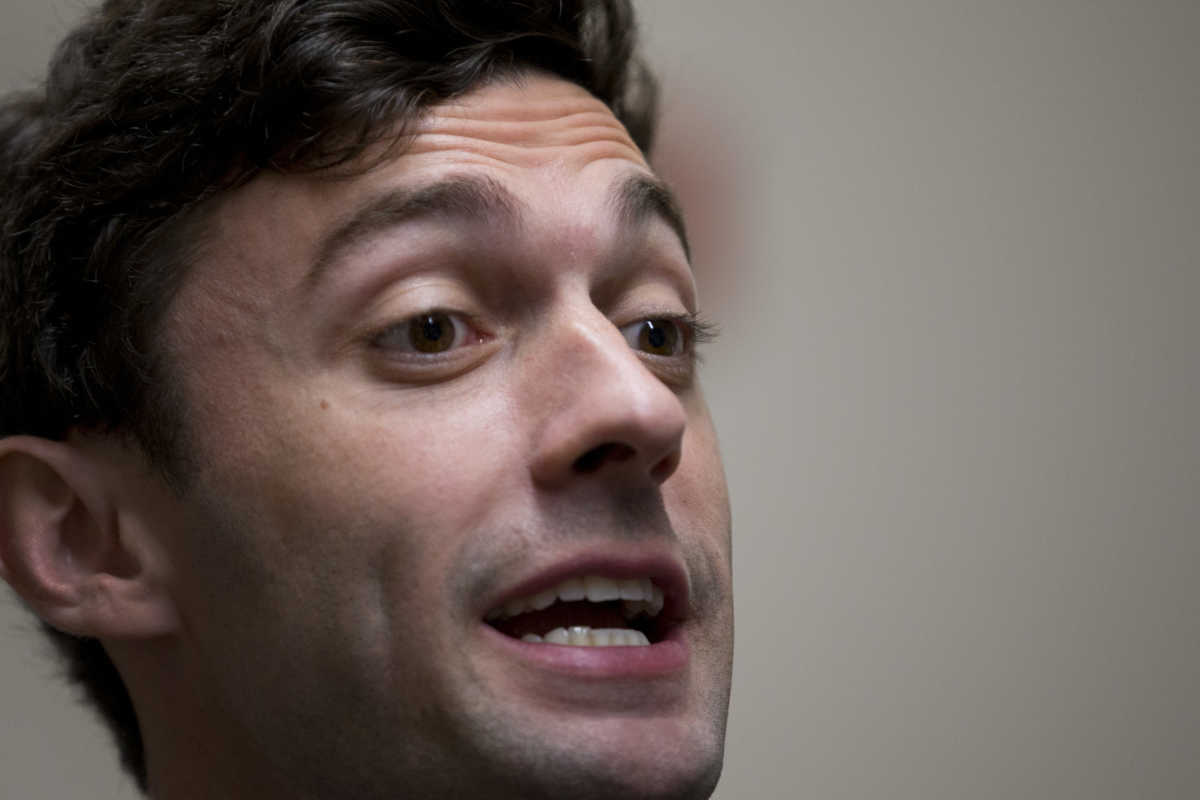 The minority party hasn't yet pulled off a big upset in a special election, but signs are pointing to an animated Democratic voting base and a real chance to seize upon Trump's historic unpopularity in the 2018 midterms. In Kansas, Democrats lost by just seven points in a district Trump carried by 27 points.

And in Georgia, even though Democrat Jon Ossoff didn't win the 6th District House seat outright and avoid a runoff, he approached 50 percent just like Hillary Clinton in a conservative district — one that Republicans who are not named Trump usually win with 60 percent-plus.

The Trump White House is marked by seemingly constant backbiting and infighting, with nobody knowing who will emerge as the most influential advisers. But for now, that appears to be Kushner, Trump's son-in-law, who has asserted power as the embattled Bannon has sunk. We have yet to see Kushner's reportedly more pragmatic, politically moderate worldview come through in Trump's policies, but for now he seems to have Trump's ear. And having Trump's ear means a lot.

Trump is unpopular, yes. He hasn't accomplished what he promised, yes. And things don't seem likely to get easier, either. But he's still in the game. And that's because he's got a base that just won't quit him. A Washington Post-ABC News poll last weekend showed just 2 percent of Trump voters thought he was a worse president than they expected, while 66 percent thought he was a better one. And 96 percent said they'd vote for him again.

Trump has broken his promises on all kinds of things that were important to his base, including prosecuting Clinton over her emails, repealing Obamacare, labeling China a currency manipulator, etc., etc. But while his overall approval rating is bad, having his base intact keeps him powerful in the Republican Party, and that means he can still get things done. Trump's ability to be a successful president in his next 100 days will be highly dependent upon how he leverages that.