Skip to content
Coming Up Short
MICHAEL ARES / Staff Photographer
833 Chestnut Street changed owners in 2015 for $161 million. The sale generated about $3 million in transfer taxes, less than half of the city's 4% rate.
In huge multimillion-dollar commercial real estate deals, Philadelphia is collecting far less than the taxes owed – that is, if any are paid at all.
By Jacob Adelman / Staff Writer, jadelman@phillynews.com

In many of Philadelphia's biggest real estate deals, the tax levied when a property changes hands isn't being paid in full — if at all.

Of 2015's five commercial real estate deals valued at more than $100 million, the transfer tax was paid on the full purchase price only once, according to an Inquirer analysis. The four times it was not cost Philadelphia and Pennsylvania as much as $12.1 million.

And 2016 is apparently no different. None of this year's first three $100 million-plus commercial real estate transactions involved payment of the real estate transfer tax — now 4 percent, but set to increase — against the full purchase price. Just those three instances cost the public as much as $16.3 million.

The apparent tax avoidance means the public is missing out on the full benefit of the city's booming commercial real estate market, which is seeing record-setting sale prices.

It's the kind of thing that can outrage citizens who see the perennially cash-strapped city raise taxes while failing to collect what's already owed, said David Thornburgh, president and chief executive of the government watchdog group Committee of Seventy.

"There are few things more annoying for average taxpayers than to hear about the ways in which people and companies seem to be avoiding taxes," he said. "You want to design tax policy so the rules are pretty clear and hard to manipulate."

There's nothing illegal about the methods that lighten these tax loads. In most cases, the transactions are structured so the transfer tax is paid against a property's assessed value, often much lower than its actual purchase price. In a few others, the transfer tax is avoided by having the seller retain some ownership, so the sale technically doesn't occur.

Philadelphia's Revenue Department is "aware that there are transactions where realty transfer tax is not paid and where it would appear appropriate to assess the tax," city spokesman Mike Dunn said in an email.

The department challenges deals that appear to be designed for tax avoidance, he said, resulting in billings of more than $10 million from July 1, 2008, to June 30, 2015.

But if a transaction adheres to the letter of the law, Dunn said, "the only response the city can make is to tighten the requirements."

The shopping center was purchased in part using shares in a mutual fund, with transfer taxes being paid against the property's assessed market value, according to records filed with the city.

The buyer, Cedar Quartermaster L.L.C., disputed the city's challenge in an appeal to Philadelphia's Tax Review Board, which issued a decision in a closed hearing in April, according to an official familiar with the board's proceedings who asked not to be identified.

Dunn declined to discuss why the city challenged the transaction or how the board ruled, citing confidentiality requirements. Cedar, based in New York, did not respond to a message seeking comment.

Tax-reduction methods are used at various levels of the commercial real estate market, though they're thought to be most prevalent at the high end, where tax savings can be the most pronounced. 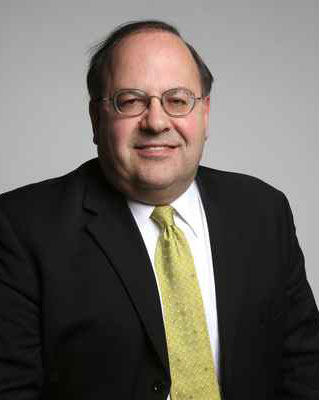 Many properties are logged on the city's tax rolls at values that vastly underestimate their actual worth, Domb said. As a result, buyers and sellers can engineer tax breaks by hiring shrewd lawyers to help them base transfer levies on the lower assessed values.

Correct those assessments and "you're going to shut that down," he said. "Game over."

The city's Office of Property Assessment is in the process of hiring outside experts to assist with the reassessment of commercial, industrial, and institutional properties starting in mid-2017, aided by a $500,000 earmark, Dunn said. Residential and vacant properties already have been reassessed.

In Pennsylvania, transfer taxes are set by municipalities, which add their own levies to a 1 percent fee charged statewide. Payment is generally divided evenly between buyer and seller.

Currently, Philadelphia charges 3 percent on top of the state levy, resulting in what is said to be the highest transfer tax of any major U.S. city. It's at least the highest among the 10 most populous U.S. cities, according to an Inquirer comparison.

Philadelphia's transfer tax has been as low as 1 percent and as high as 4.07 percent since its introduction in 1953. Levies on nonresidential sales accounted for about 30 percent of the $203.4 million in transfer taxes collected by the city during the fiscal year ended June 30, 2015, according to data from the City Controller's Office.

The city collected $236.3 million during the fiscal year that ended June 30, 2016, but the controller's office has not yet analyzed how much of that amount came from nonresidential deals.

The increased transfer tax will generate between $3.5 million and $7 million annually, depending on the health of the real estate market, according to the office of Council President Darrell Clarke, who proposed the legislation.

Yet boosting the already-high tax could encourage even more avoidance, a net negative for public coffers, said Robert Inman, a finance professor at the University of Pennsylvania's Wharton School.

"One of the principles of tax economics is that if the tax is high, people find a way of moving around it," he said. "And I think here the tax is already high." 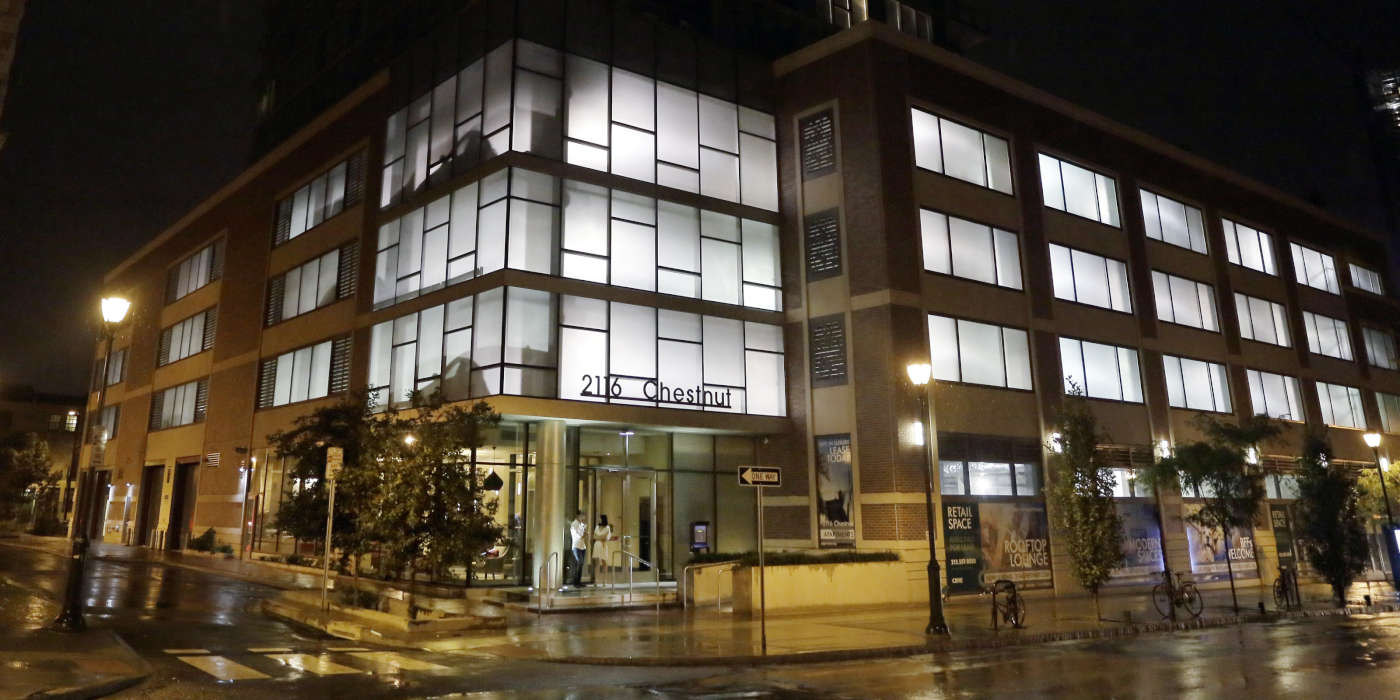 ELIZABETH ROBERTSON / Staff Photographer
Ownership of 2116 Chestnut St. changed for $160 million in 2015. Transfer taxes paid for the transaction were just under $3 million.

A spokeswoman for Clarke declined to comment on the tax's application to commercial transactions, saying the council president's office would have to look into the issue independently.

Most testimony on the increase before City Council focused on residential deals, where ownership of property typically passes directly from seller to buyer. The transfer tax is based on the amount of cash recorded on a deed as having changed hands in such a sale.

Large commercial properties often are not directly owned in that way, however. Instead, commercial landlords set up special subsidiary companies to hold property for them.

Commercial buyers and sellers can use that fact to lighten their tax loads by arranging for the property-owning subsidiary — rather than the property itself — to change hands.

In such cases, the transaction is recorded as a transfer of company stock, not a property deal, so there is no deed documenting an actual purchase price. That leaves the transfer tax to be based on the presumably lower assessed value.

Transfer taxes also can be avoided when sellers retain a stake of 11 percent or more in a property for four years or longer, in which case no deed is recorded at all at the time of sale and no tax is paid.

This method is common enough to have a name: an "89-11" transaction, so called for the typical division of ownership between buyer and seller. But it is used relatively seldom because it keeps sellers locked into investments longer than they might like.

DAVID MAIALETTI / Staff Photographer
The Icon apartments at 1616 Walnut Street was sold in 2015 through a 89-11 transaction, which means transfer taxes can be avoided when sellers retain a stake of 11 percent or more in a property for four years or longer.

There are business reasons, beyond tax savings, to structure deals in those ways, said Kevin Greenberg, an attorney with the Philadelphia firm Flaster/Greenberg who specializes in corporate and real estate law.

It is often easier, for example, to transfer a business entity than its underlying real estate when the property is leased to many tenants, all of whom would have to receive notice, he said.

Meanwhile, Greenberg said, state law exempts from the transfer tax sales of 89 percent or less of a real estate company in a three-year period, to keep tax considerations from hurting business activity.

Without the exemption, doctors, for example, would have to pay the transfer tax when they joined or left a medical group that owned a clinic.

"Like with any situation, sophisticated parties will adapt to the tax structures to get the most benefit," Greenberg said. "Depending on your perspective, that's either savvy business or abuse."

A look at 2016's first three $1 million-plus transactions shows how those methods have been used. 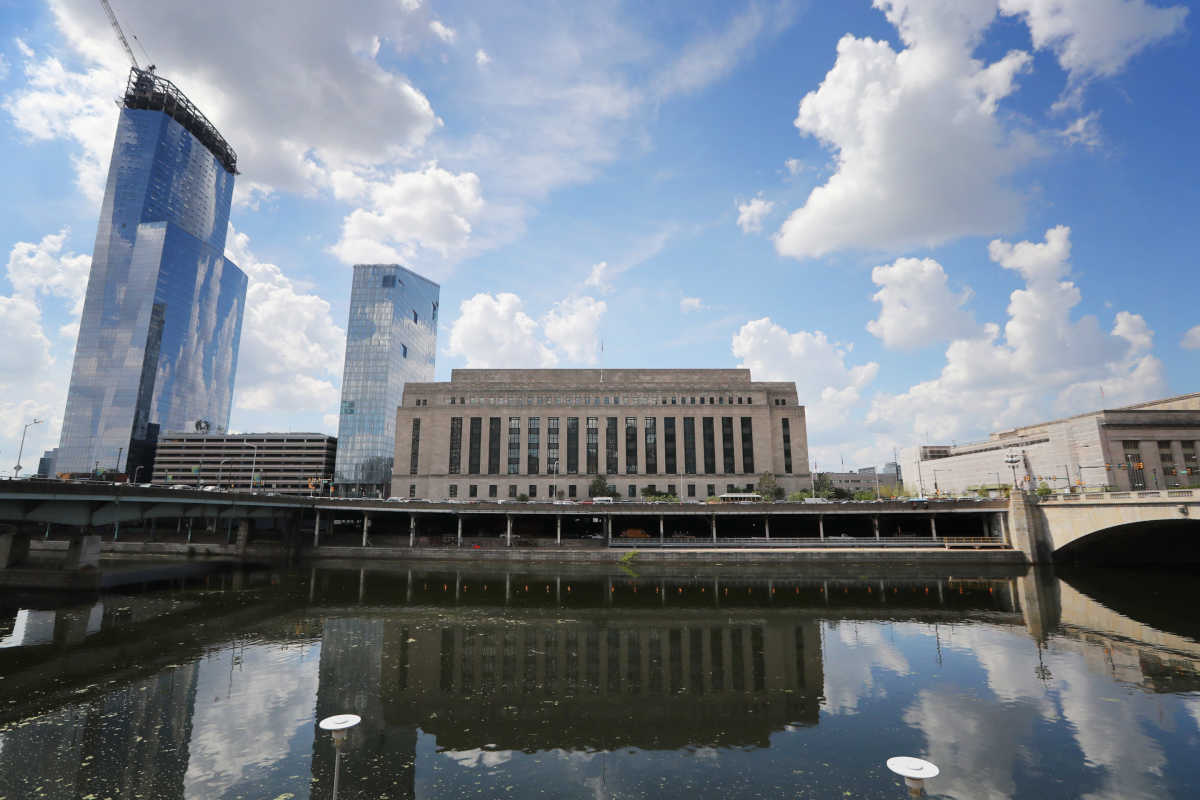 Instead of paying 4 percent of that price — which would have yielded $14.2 million — Brandywine Realty and Korea Investment were taxed against the property's $184.6 million market value, resulting in a $7.4 million levy, according to a review of documents filed with the city. 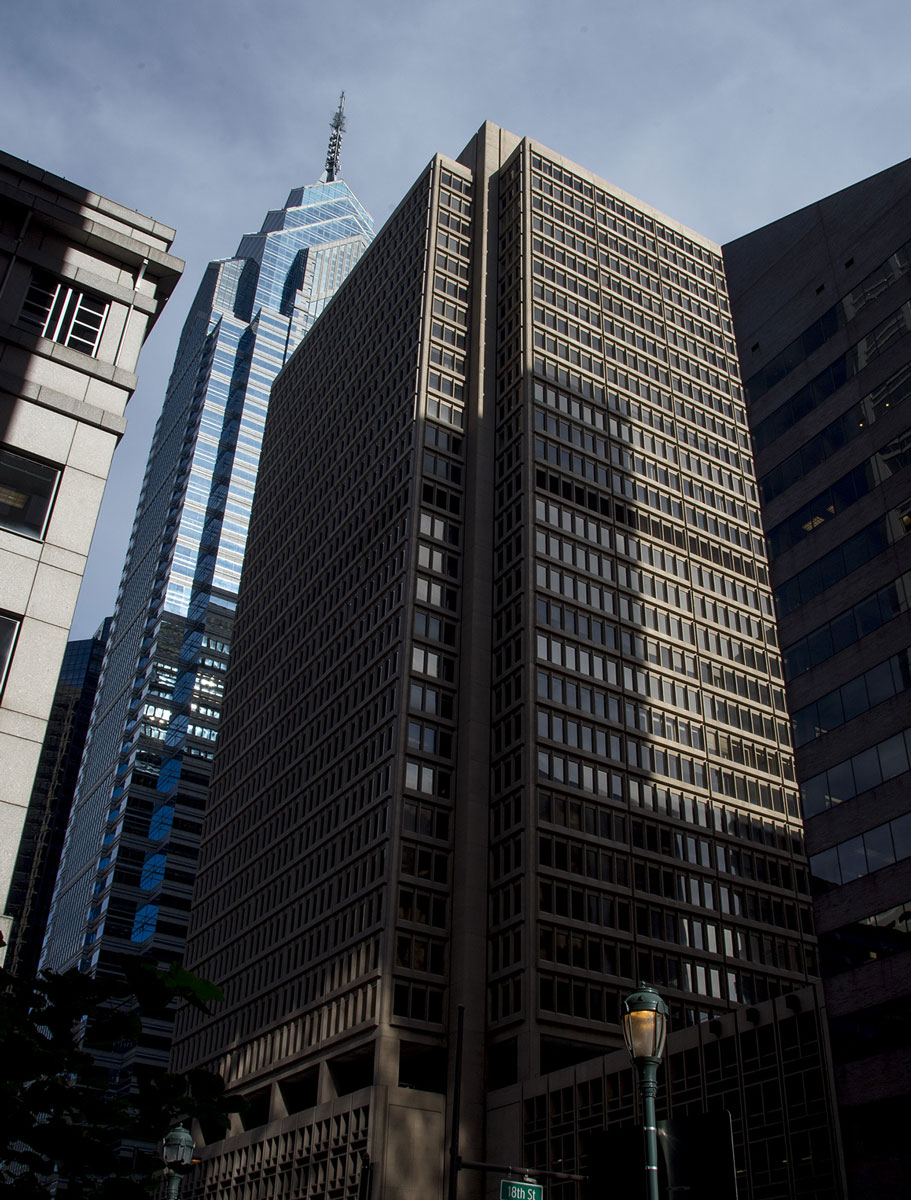 Brandywine chief executive Jerry Sweeney acknowledged in an email that no deed was recorded because what changed hands was a subsidiary business, not a property.

Another of 2016's biggest deals was Nightingale Group's sale to Shorenstein Properties of 1700 Market St., an office building that changed hands for $184 million, according to a person familiar with the transaction who asked not to be identified. A 4 percent levy against that price would have yielded $7.4 million.

Instead, a comprehensive search of city records found just $2.2 million in transfer tax collected during three Jan. 12 transactions that resulted in the property's sale. Andrew Neilly, a Shorenstein spokesman, had no comment on the transaction but did not dispute the Inquirer's calculations.

In a third big transaction — Washington-based MRP Realty's purchase of four Old City properties, including the historic Bourse Building — no deed was recorded. The deal valued the portfolio at $110 million, according to a release by law firm Post & Schell, which advised MRP in the deal. 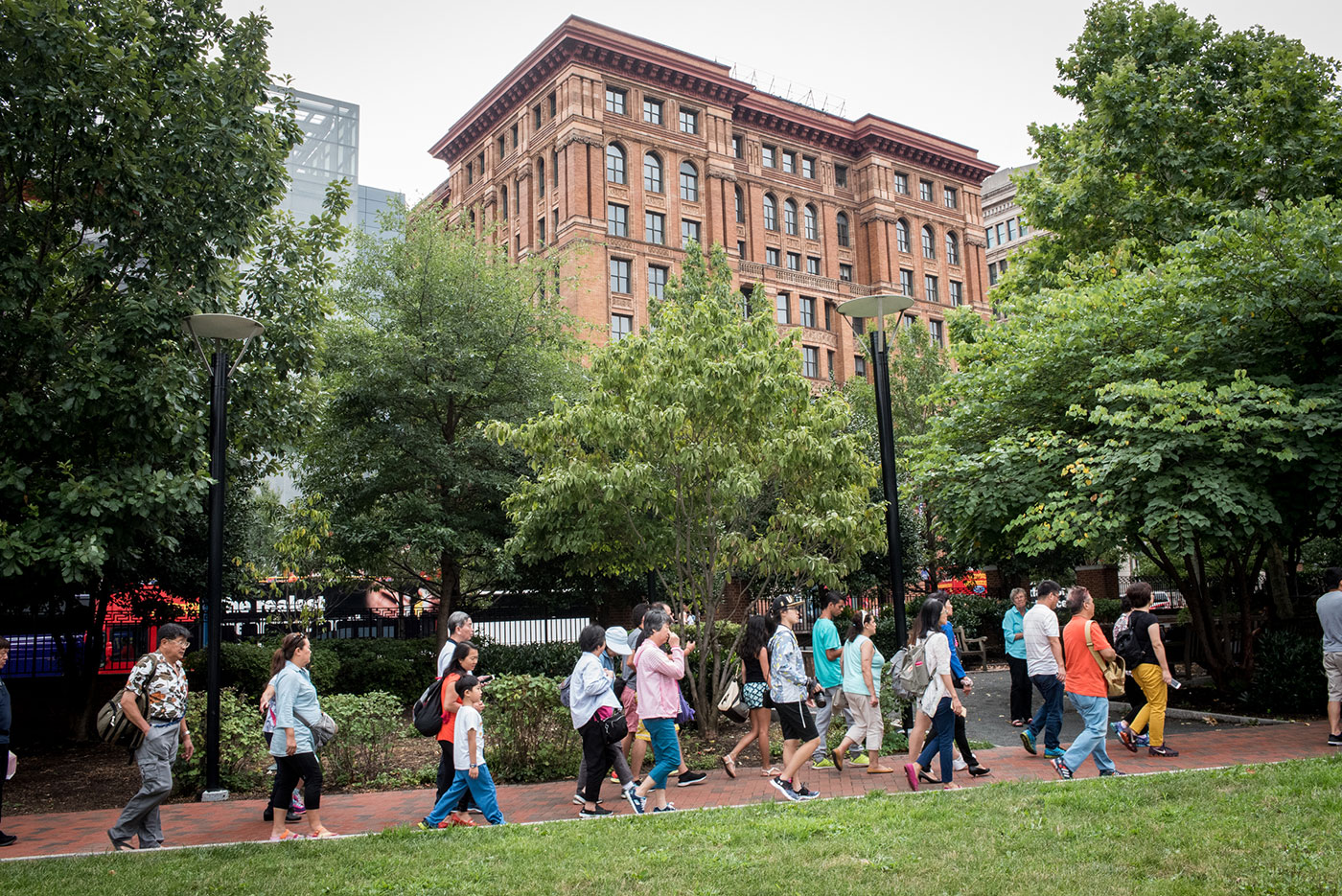 MICHAEL ARES / Staff Photographer
The iconic Bourse building, next to Independence National Historic Park, was part of a group of four Old City properties that changed hands in a deal valued at $110 million in 2016. No deed was recorded for the transaction.

MRP managing director Charley McGrath had no immediate comment about how the transaction was taxed, but he previously said seller Kaiserman Co. had kept a minority interest in the portfolio.

This year's instances of apparent tax avoidance represent nothing new.

Last year's five known sales involving more than $100 million each accounted for about $719.7 million in property transfers that would have yielded about $28.8 million in city and state transfer-tax receipts if taxed at 4 percent.

Instead, the records showed, only $16.5 million had been collected, an effective rate of 2.3 percent for those transactions.

All but one of last year's biggest deals that did not entail transfer taxes paid on purchase prices did so through the sale of property-owning entities rather than the real estate.

The exception was the acquisition of the Icon apartments at 1616 Walnut St. by Florham Park, N.J.'s Castle Rock Equity Group. In a release, Castle Rock said it paid $112 million for the 25-story art deco tower. But that sale price was never recorded.

Leo Addimando, managing partner of Philadelphia's Alterra Property Group, one of Icon's sellers, said the deal "fell under the 89-11 statute."

"There are a number of ways to effectuate a real estate transaction," Addimando said. "Some of them are more tax-effective than others."

DAVID SWANSON / Staff Photographer
United Plaza changed ownership in 2015 for $101 million. The city received a full 4% in transfer taxes for the transaction.