Saving lives may be reward enough for discovering a groundbreaking cancer treatment, but in Yael Mossé's case, there's an added bonus: a ride on a Rose Parade float.

Mossé  will hitch a ride during the 128th Rose Parade in Pasadena, Calif., on Jan. 2. The theme is  "Echoes of Success," honoring selfless contributions by inspirational figures.

But Mossé , a 20-year veteran  pediatric oncologist  at Children's Hospital of Philadelphia,  feels  a little nervous — and not because her favorite college football team, Penn State's Nittany Lions, will face off against the favored USC Trojans. She's just never been part of a parade before.

"This is a unique experience for me," Mossé, 45, of Penn Valley, says. "I prefer to stay under the radar. It's where I do my best work."

Mossé will be on the  Northwestern Mutual float, "Waves of Hope," alongside patients Emily, 38, and Edie Gilger, 7. Steve Guinan of Northwestern Mutual, which contributes funding to Mossé's research at CHOP, will also ride on the float.

The Gilgers,  mother and daughter  from South Carolina, have battled neuroblastoma, a form of cancer that mostly occurs in children. Mossé developed their treatment after identifying a genetic mutation that could be turned off with drugs that target the abnormality. Mom and daughter are currently in remission. With their Rose Parade appearance, the Gilgers and Mossé hope to put a face on research into childhood cancers, which affect one in every 330 U.S. children, according to ChildCancer.org.

"Research becomes real in the patient," says Mossé, who helped treat Alexandra Scott, the young namesake of the Alex's Lemonade Stand Foundation. "For me, that's what has happened through the Gilgers. It's no longer work that just happens in a laboratory. It's something that directly impacts the life of an individual, or, here, a family."

The Gilgers  came to Mossé in June 2011, two years after Edie was diagnosed with neuroblastoma on her adrenal glands at six months. Living in Virginia at the time, mother and daughter,  along with father Nick, 37, regularly made trips to Philadelphia for Edie's treatments. 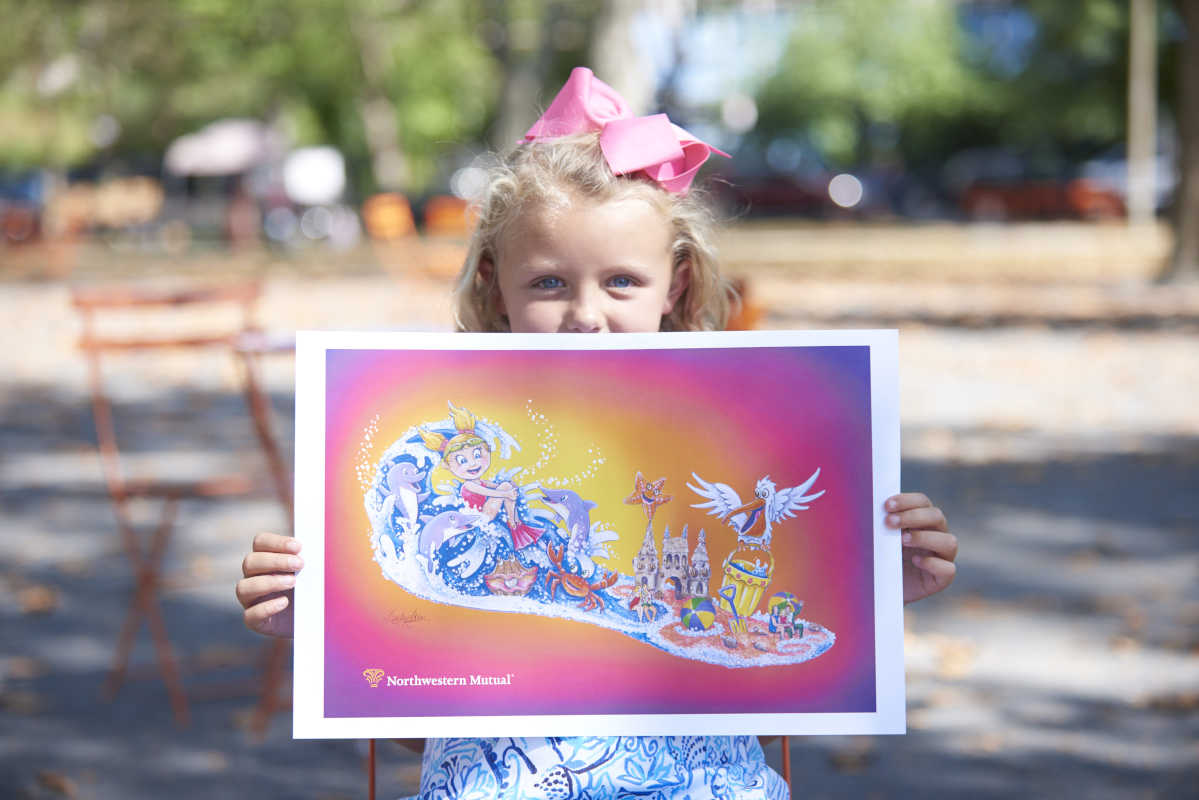 Despite multiple rounds of chemotherapy and several surgeries at the hospital of the University of Virginia, Edie's cancer stubbornly returned. But after a round of genetic testing, Mossé and the CHOP team discovered Edie was predisposed to develop neuroblastoma because of  a mutation in her body's ALK (anaplastic lymphoma kinase) gene.

"She had developed this not just from bad luck," Mossé says. "Cancer is really a disease of the mistake of DNA, and it happens for a reason."

Mossé's answer was to shut off that gene, therefore shutting down the genetic element of Edie's makeup that allowed the cancer to keep returning. Mossé and her team then targeted the ALK gene with a "smart drug" to turn it off, and by November 2011,  about a month after Edie started  taking the drug, her cancer went into remission. It remains in remission, and doctors recently stopped her medication after five years of treatment.

That "smart drug" treatment was not initially as effective on Emily, and Mossé found that using an on-off schedule for the drug helped improve results. A combination of drug treatments and surgery followed for about six months. Emily went into remission in December 2014 but still undergoes treatment.

Emily and Edie still regularly see Mossé at CHOP, and they make trips from South Carolina every three months for scans to determine whether any new neuroblastomas have grown. They'll  have to keep doing that because of the genetic nature of their neuroblastoma.

"They will be lifelong scans, so, while the the therapy has been effective, it is uncharted territory for what the future may bring," Mossé says.

She says that there is much more to be done, and that, with any luck, her Rose Parade appearance will help support her research by raising awareness. Mossé's lab at CHOP is now focusing on treating forms of neuroblastoma in which the ALK gene is abnormal only in the tumors it creates, rather than in the entire body.

"Learning more still adds to the complexity of cancer, but it gives us the tools to apply this information to better our patients," she says.

With an attitude like that to contend with, perhaps cancer is the one that ought to be nervous — parade or not.