The Pennsylvania Public Utilities Commission approved a settlement between Buckeye Partners LP, which operates the Laurel pipeline that crosses Pennsylvania, to operate the pipeline in both directions at different times. The pipeline was historically used by Philadelphia refineries to transport gasoline, diesel, and heating oil across Pennsylvania.

Philadelphia refiners and several large Western Pennsylvania retailers, including Sheetz Inc. and Giant Eagle stores, had fiercely resisted the change, but they agreed to the settlement after Philadelphia Energy Solutions closed its refining complex in South Philadelphia in June and declared bankruptcy. The refinery, the largest on the East Coast, was a major shipper on the pipeline.

The U.S. Bankruptcy Court in Delaware this week also approved the settlement.

Under the agreement, Buckeye can begin shipping fuel Oct. 1 from the Midwest as far east as its Eldorado terminal near Altoona. East Coast shippers will still have the ability to ship fuel on some days as far west as Pittsburgh.

In a statement Friday, Buckeye Partners thanked the PUC and said the settlement would ensure access to “more affordable fuels” to Pennsylvania consumers.

“We’re pleased to take one more step towards initiating bi-directional service and the increased supplies of American-made fuels it will provide from the Midwest,” the company said. 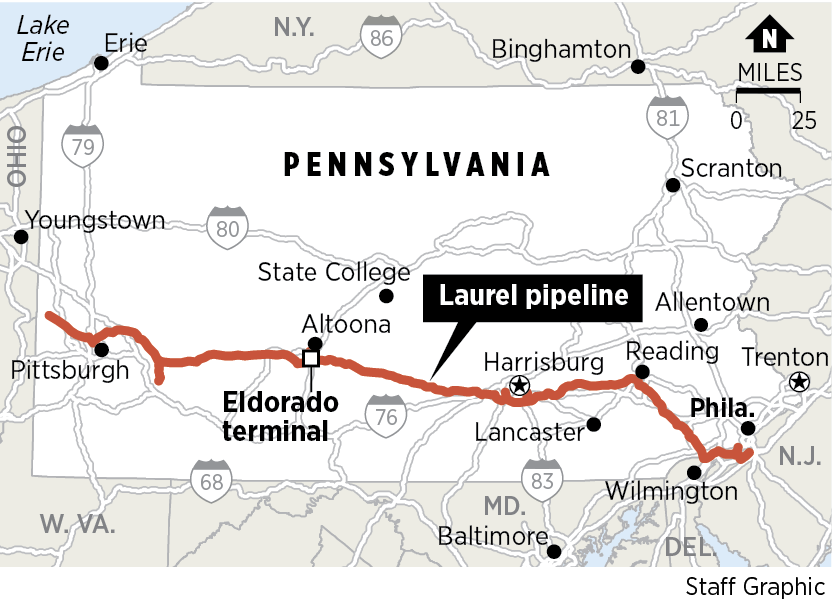