Go inside the Wanamaker Organ, the world’s largest playable instrument

A look at the inner workings of the maze of pipes and baffles and bellows and wires and wooden stairways hidden in the Macy's on Market Street.

Most Philadelphians don’t realize that the largest working musical instrument in the world is built into one of the city’s landmarks, the former John Wanamaker department store, now Macy’s, at 13th and Market streets.

The Wanamaker Grand Court Organ at Macy’s is a 7-story-high contraption bigger than most people’s houses, even rich people’s. The vast maze of pipes and baffles and bellows and wires and wooden stairways lies hidden behind what many of us have always thought was the Wanamaker Organ.

Sorry, folks. Those golden pipes that overlook the Grand Court are just decorations. It’s the massive contraption behind the scenes that makes the music.

We toured the works with Grand Court Organist Peter Richard Conte and Organ Curator Curt Mangel — and pored over historical documents and blueprints — to bring you this recreation.

The organ’s components are spread throughout the seven-floor Grand Court, mostly out of sight behind the walls. The organ’s pipes and components are grouped together in divisions by the tone they produce. The console on the second floor is wired to the various divisions.

Tap the red dots to learn more about the Wanamaker Organ's components. If you're on a mobile device, click here to get to the interactive version. 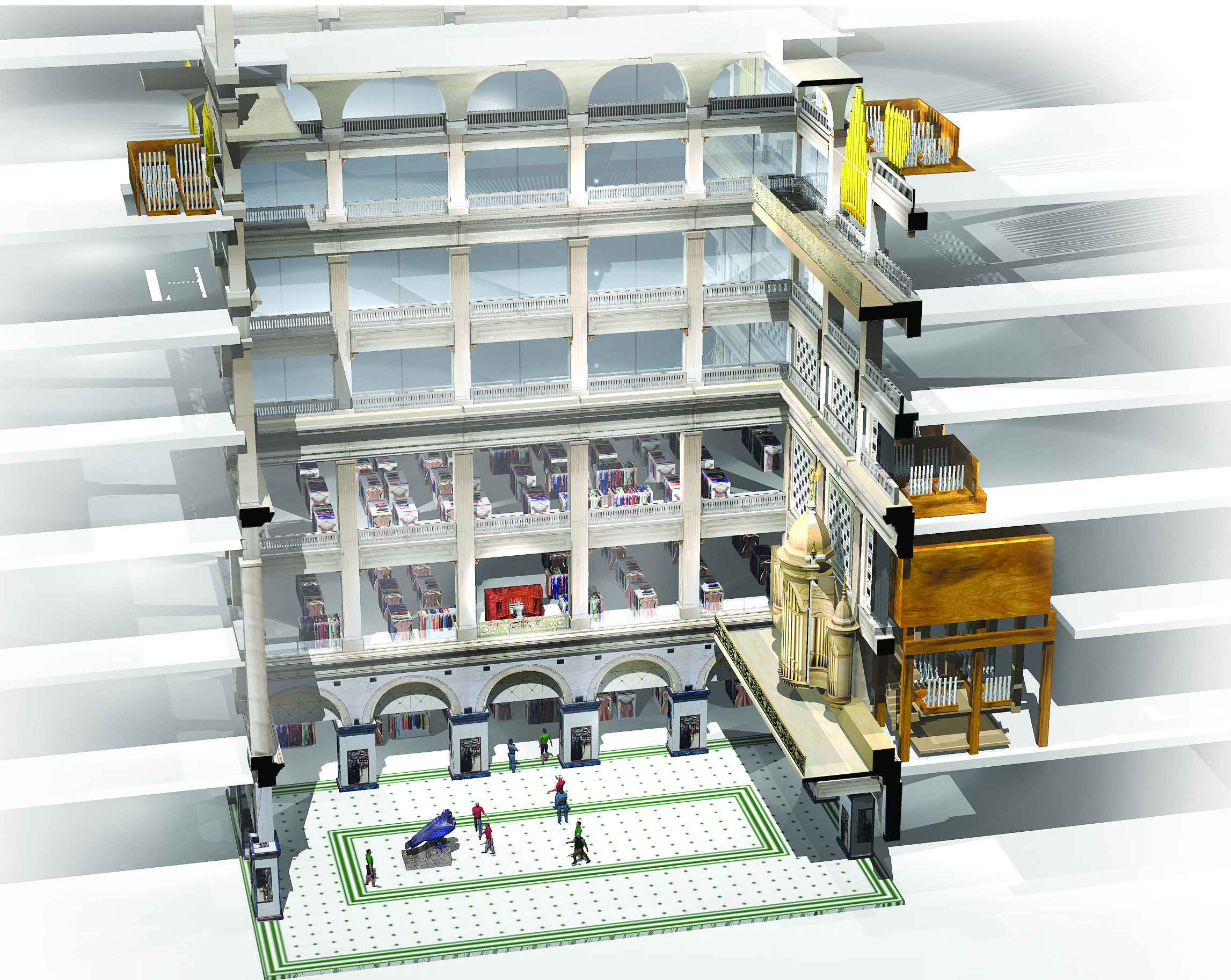 John Wanamaker opened Philadelphia’s first department store in 1879. His ambitious idea for a big store with multiple departments under one roof proved to be a business success, but he came to feel that it could be even better — for employees, customers and the bottom line — with organ music.

As luck would have it, there happened to be a department-store-worthy organ languishing in a warehouse in Missouri: a 10,000-pipe model built for the 1904 Louisiana Purchase Exposition in St. Louis that had fallen into the hands of creditors.

In a turn-of-the-century version of “Storage Wars,” Wanamaker bought it for the price of delinquent storage fees. In 1909, he shipped the organ to Philadelphia, installing his new whopper in the Grand Court of the Wanamaker Building.

But the organ wasn’t quite big enough. Wanamaker found the tone to be inadequate for the space.

The organ has been in use almost continuously since 1911. Macy’s bankrolled extensive renovations and upgrades for the instrument’s 100th anniversary.

Work for me at the organ

JS
Jon Snyder
Jon Snyder is a graphic designer and visual journalist at the Philadelphia Inquirer and Daily News.