An Inquirer review of city data found 18 municipal employees who left their jobs in 2017 and achieved something that seems illogical: By retiring, they guaranteed themselves a bigger paycheck each month than the base salary they earned going to work day after day.

After spending more than three decades keeping order inside Philadelphia’s jails, Joseph Macy has two words to describe his career as a corrections officer: “Not fun.” He often worked double shifts, missing his kids’ school plays, baseball games, and other family occasions. More than once, he was stabbed and attacked by inmates.

“I was away from my family and risked a lot to make it work, pay the bills,” said Macy, 60.

In the last decade of his career, his base salary was in the $40,000 range, but he often more than doubled it with overtime pay. When he retired in 2017, Macy had accumulated so much overtime that he received a lump-sum pension bonus of $338,845 and started collecting an annual pension of $77,473 — $30,000 more than his final salary.

Macy is far from an outlier. An Inquirer review of city pensions and payroll data found 17 other municipal employees — from water-treatment managers to social workers — who left their jobs in 2017 and achieved something that seems illogical: By retiring, they guaranteed themselves a bigger paycheck each month than the base salary they earned going to work day after day.

In fact, the newspaper’s analysis shows that two-thirds of the 401 full-time municipal workers who started collecting a pension in 2017 had their retirement checks significantly boosted by overtime — on average 22 percent of their pensions are a direct result of overtime they logged in their final years. Together, it could add at least $17 million to the city’s pension obligations in the ensuing decades, according to the analysis.

“When overtime for any one person constitutes 20 percent of annual compensation, it says something negative about either the budget or management system, let alone that being the average,” said Kenneth Kriz, director of the Institute for Illinois Public Finance at the University of Illinois at Springfield, and one of four experts who reviewed the Inquirer’s findings.

City officials contend the cost estimates in the Inquirer’s analysis are inflated. They note that retiring employees have paid into their pensions and that offering overtime for current workers enables them to hire fewer staffers, saving money on salaries and benefits. They also point out that a hybrid pension plan instituted for new workers in 2016 establishes a $65,000 cap on the yearly income that can be applied toward their pension calculation, reducing long-term costs.

The practice of allowing overtime to inflate retirement benefits is often called pension “spiking” — and it’s not a problem unique to Philadelphia. Many states and cities have tried to curb it in recent years. After the stock-market crash a decade ago sent state and local pension fund asset values plunging from $3.15 trillion to $2.17 trillion, several states moved to restrict or eliminate the use of overtime in pension calculations, according to a report published in December by the National Association of State Retirement Administrators.

“It’s a problem everywhere,” said Pennsylvania Auditor General Eugene DePasquale, who has been critical of municipalities that let workers include overtime earnings in their pension calculations. He was an advocate of a state law passed last year that says some commonwealth employees hired after Jan. 1 can only apply overtime equal to 10 percent of their base salary in figuring their pensions.

According to the Inquirer’s analysis, the overtime padding for Philadelphia retirees from 2017 is likely to cost the city’s already depleted pension fund $17.2 million more — or as much as $28 million, depending on stock-market returns — than if overtime had not been included in pension calculations. And that’s not counting the six-figure lump-sum pension bonuses many of those city workers were paid — and that were also inflated by overtime.

For its review, the Inquirer enlisted actuary and pension expert David McCarthy at the University of Georgia to determine the long-term costs of overtime. It also then shared the results and sought feedback from other experts, including Kriz and the American Academy of Actuaries.

The analysis applied to retirees among the city’s 18,000 blue-collar and white-collar union workers. It included some 2017 retirees who had jobs that did not qualify for overtime. It doesn’t include police and firefighters, who can earn overtime but whose labor contracts bar them from including it in pension calculations.

The Inquirer asked for the records after it learned last year that Joy Hurtt, a youth detention counselor whose base salary is $49,551, is in line for a $387,055 pension bonus payment and an annual pension of nearly $90,000 when she retires in 2021. Both numbers spiked because of the overtime Hurtt claimed, often doubling her salary.

The average pension of a city employee who retired in 2017 was boosted an average of 14 percent due to overtime, according to an Inquirer analysis of pension data. The chart below shows departments that had 5 or more retirees in 2017, and the median compensation and overtime used to determine an employee‚Äôs pension. 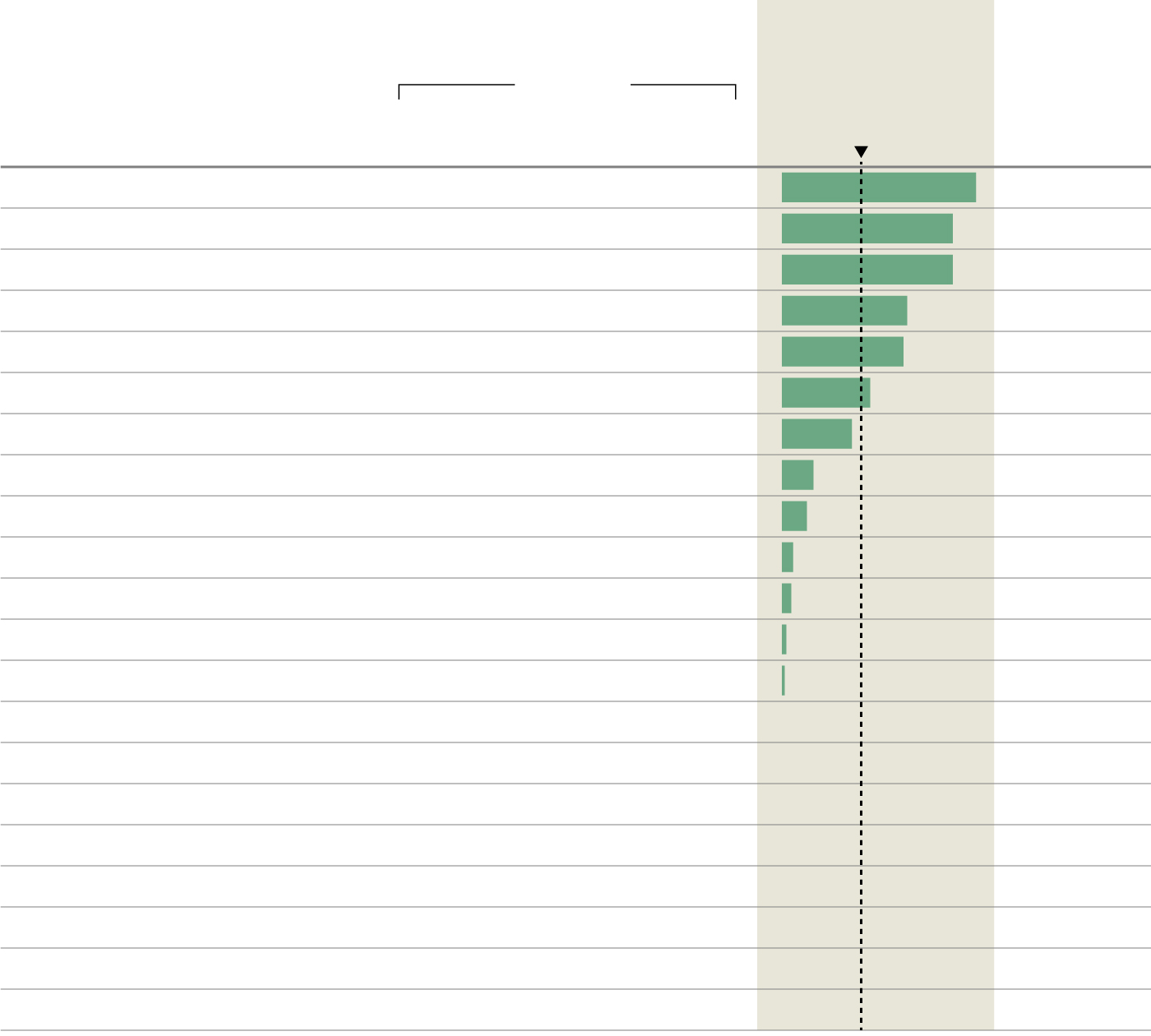 Hurtt and the 2017 retirees are representative of a decades-old system designed to maximize city employees’ retirement benefits. Their annual pensions are calculated using a worker’s years of service and the average income collected during his or her three highest pay years, including overtime pay. Union contracts require that overtime pay opportunities — typically 1.5 or two times the equivalent hourly wage — go first to volunteers by seniority, which helps workers closer to retirement pad their pensions.

Overtime pay also counts toward the Deferred Retirement Option Program (DROP), which allows employees to set a retirement date and accumulate a pension in an interest-bearing account — while also collecting a salary and any extra pay — for up to four years and then retire with the lump sum.

Retirees’ pensions are funded through a combination of contributions from employees, city and state taxpayers. They also include returns from the city’s pension funds investment — now projected to be 7.65 percent a year. If the fund’s investments don’t perform at that level, the costs rise.

If the pension fund were fully funded, the employee’s contributions — which range between 3 percent and 7 percent of their pay depending on their pension plan — would account for 40 percent of the city’s annual deposits to the fund. But the fund has such a huge deficit that taxpayers have to make up for the shortfall, contributing about 10 times what employees pay.

City officials say steps, such as the new $65,000 income cap and increased contributions from employees and the sales tax, have put the pension plan on track to be fully funded by 2033.

“One of the highest priorities we had in the last collective bargaining was to help the health of the pension fund, and I think by limiting the defined benefit portion, we’ve done that,” said finance director Rob Dubow.

For example, had Macy, the corrections officer, had the same work history under the city’s new plan, his annual pension would be about $46,800, or nearly $30,000 less than it is.

DePasquale, the state auditor general, called the city’s new cap “progress" but said it was "probably not the way I would go about it. …”

If Macy’s pension were calculated under a 10 percent cap rule similar to what the auditor has backed, it would be about $32,800, less than half what he is getting.

$1 million due to overtime from employees who retired in 2017. 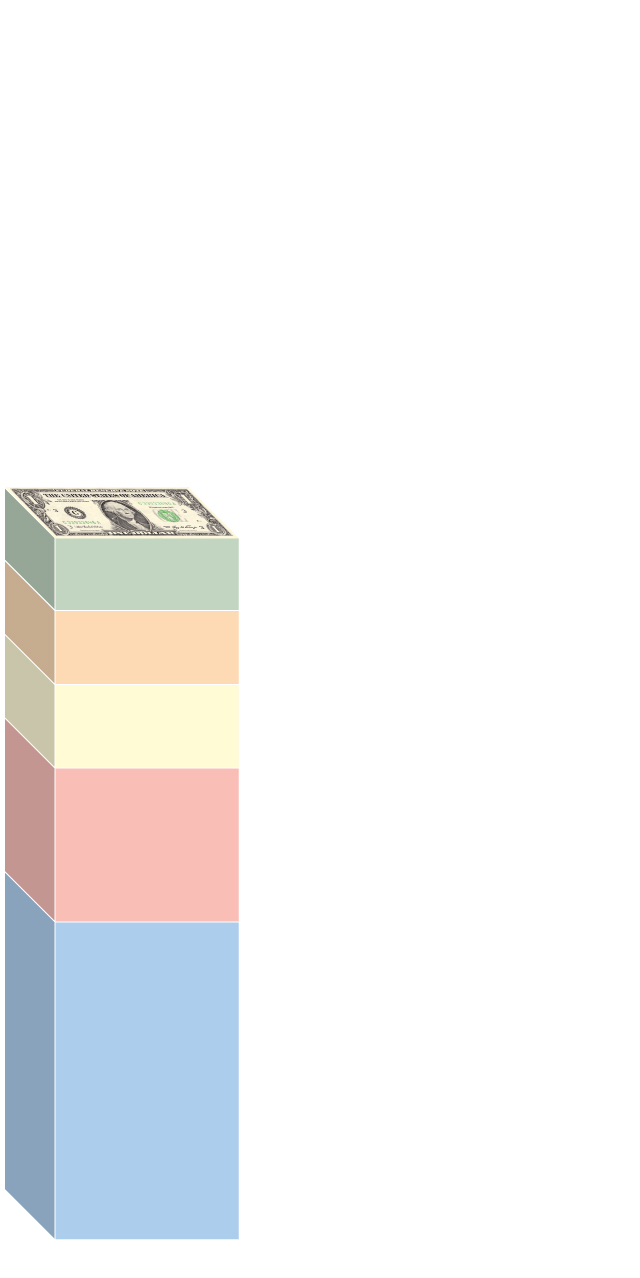 Five city departments have generated long-term pension costs of at least $1 million due to overtime from employees who retired in 2017.

If 2017 was a typical year — with overtime contributing to 14 percent of all municipal employees’ final average salary — then about $949 million of the $6.78 billion owed to present and future municipal retirees would be attributable to overtime, the Inquirer determined. Currently, the fund has less than half the money it needs to fulfill those pension promises, plus that of elected officials, police and firefighters, all of which total $12 billion.

McCarthy, the Georgia pension expert, said if a city has “a regular flow of overtime, it begs the question of whether this is the most effective way to manage.”

Still, he warned that it’s not a cost the city could simply eliminate. Because these are bargained benefits, he said, it would likely have to be replaced by higher salaries, tuition benefits, or other perks.

Most of the experts interviewed by the Inquirer said that while overtime does add costs to the pension fund, it is only part of the problem.

“When you have a $6 billion unfunded liability, you need to look at every cost. … [Overtime] is a cost and all of the cost drivers should be put on the table and discussed,” said City Controller Rebecca Rhynhart, who has raised concerns about the health of the city’s pension fund.

City officials say it’s a balancing act to decide when to pay overtime and when to hire new employees. Since Mayor Jim Kenney took office in 2016, the city has added nearly 1,000 workers. Overtime has also steadily increased each of those years.

City spokesperson Mike Dunn said factors beyond staffing contribute to the need to pay overtime, such as equipment issues, bad weather, or special events. He also noted that the city’s fiscal watchdog, the Pennsylvania Intergovernmental Cooperation Authority, said in its most recent quarterly report that the city is on track to spend less in overtime this fiscal year than it did the previous year, despite an increase in wages for employees, which drives up hourly overtime rates.

The 2017 retirees interviewed for this story said that they couldn't have supported their families on their base salaries. Overtime helped them make ends meet.

Gregory Picano, a police dispatcher for 34 years, said he wouldn’t have been able to retire without the overtime counting toward his pension. Without it, his annual retirement benefit would have been about $33,000 — or about half the $67,800 he was awarded, which is 50 percent higher than his final base salary. (Picano collects $53,700, with the rest going to his ex-wife.)

Picano, 61, also received a $292,775 DROP retirement payment. He said he used the money to remodel his home, a South Philadelphia house his mother purchased in the early 1970s.

Mark Meighan, a water plant treatment manager, retired in 2017 with an annual pension about $23,000 higher than his salary of $47,126. He said during his three decade-long career, he had been a “workaholic,” constantly clocking 70-hour weeks, in part to be able to provide for a disabled son. (His ex-wife receives $12,000 of his pension.)

Meighan, 58, of Grays Ferry, received an $80,000 DROP payment when he retired, but still criticized the program as a detriment to taxpayers and efficient services.

“It’s a scam,” he said of DROP. “Instead of training someone, you have these older guys racking up overtime and working side jobs.”

Macy, the corrections officer, said that officers in that job barely last; turnover is constant. He said often he was forced to work the overtime because they simply didn’t have enough staff to cover shifts.

“I feel like I earned every penny. I’ve been through a lot in those jails,” Macy said.

How we did the analysis
The Inquirer merged pension records of the 2017 retirees with a decade worth of payroll data that broke out salary, overtime pay, and total compensation. We excluded police and firefighters, who can’t include overtime in pension calculations; part-time workers; and employees of the quasi-government agencies who also get city pensions. Pension expert David McCarthy at the University of Georgia used the city’s investment discount rate and life-expectancy formulas to devise an annuity factor applicable to every retiree. That factor helps identify the estimated long-term cost of overtime in each retiree’s pension.
Our analysis used pension distributions after deductions, which can include taxes and court-ordered spousal support. It also is based on calendar-year payroll data; employees can opt instead to use their retirement date to determine a calendar year for the purpose of a pension calculation. The latter could cause overtime costs to be slightly higher than what our analysis showed.
Published