All he really needs this winter is a statement coat

Whether he's suited up for a black-tie holiday party or cozy New Year's Eve comfortable in cashmere and slacks, he'll want to complete his suave look with this.

A statement coat. The traditional, lighter-weight top coat and its heavier brother, the overcoat, are finishing off the well-dressed man's cold-weather look this winter. Collars are furry. Pockets are deep. Hues are dark. And no plaid is too bold.

Where does it come from?

The first coats, capelike cassocks, were introduced into men's wardrobes during the late 17th century. Even then, they defined a man's status - the more important he was, the more ornate his coat.

By the mid-1700s, however, men were wearing coats fitted closer to the body. The Brandenburg - an almost ankle-length style featuring a bell sleeve and frog buttons - was popular with nation builders and military men like George Washington and Napoleon Bonaparte, who wore it over waistcoats and knee-length breeches.

During the 1800s, menswear became less flamboyant, thanks in large part to British tastemaker Beau Brummell. The close friend of King George IV favored dark pants, a starched shirt, and cravat (the early tie) that he pulled together with a dark - think navy or olive green - overcoat. By the end of the 19th century, most men wore one of two overcoats: the Chesterfield that was three-quarter length with thin lapels, or the paletot, its double- breasted cousin. 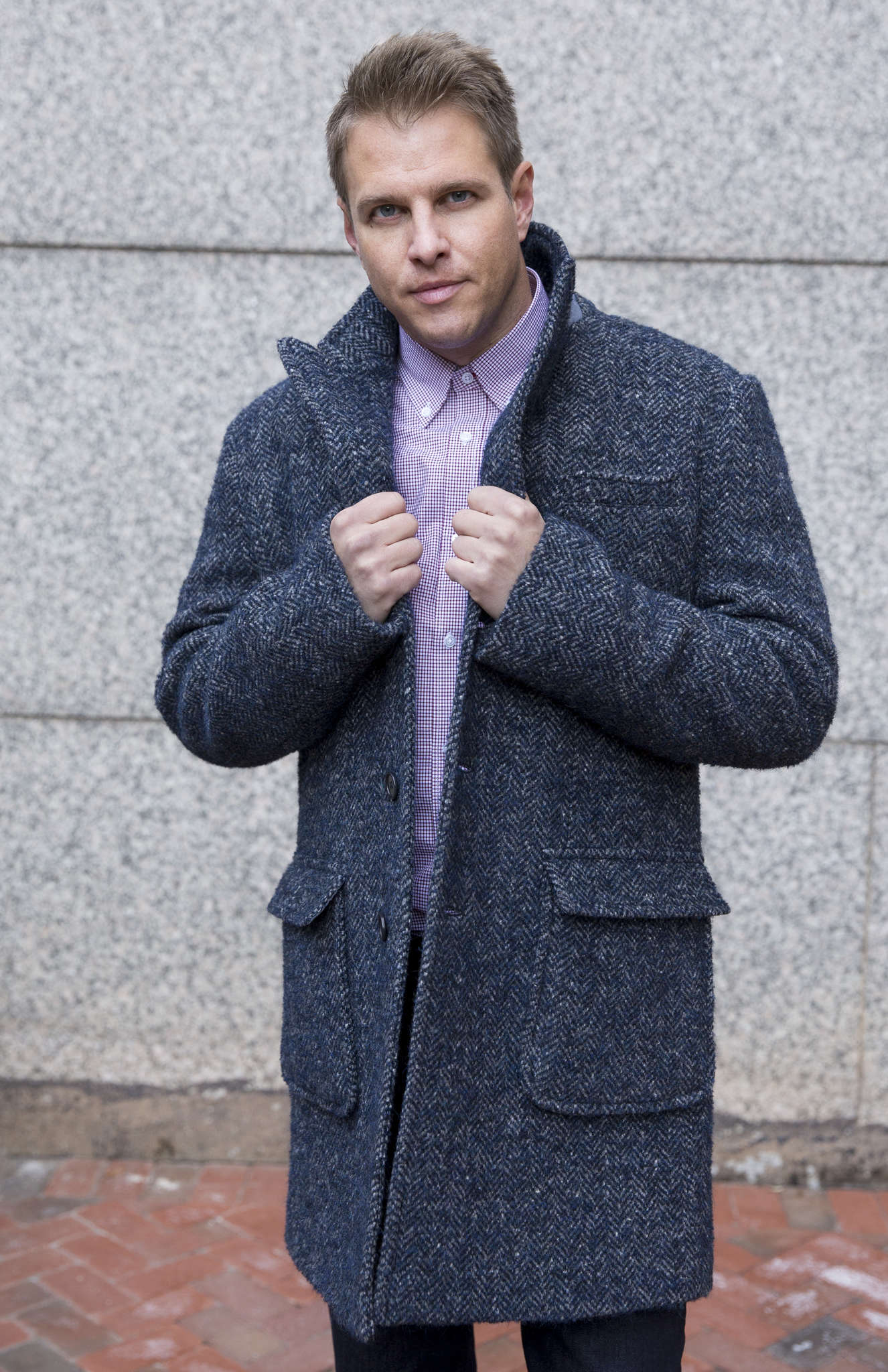 Casual alternatives to the overcoat - denim and varsity jackets and the leather bomber - surfaced in the 1950s. By the end of the '60s, overcoats were reserved for special-occasion wear. When the Member's Only jacket hit the fashion scene in the 1980s, some men were comfortable enough pairing them with their shirt-and-tie ensembles.

Starting in the 1990s, the everyday guy pretty much avoided the overcoat - until about three years ago. That was when a keen interest in custom suits trickled down from influencer to guy-next-door, and lumberjack coats didn't seem to cut it anymore.

Who is wearing it?

Fans of the Starz hit show Power have probably noticed that Ghost - played by handsome Omari Hardwick - is always wheeling and dealing in a different statement coat. Lucious Lyon on Empire wears his overcoat with cravats. And Daniel Craig's James Bond is something of a coat connoisseur. Lawyers, bankers, and your garden- variety entrepreneur likely has one in his closet, as does any man who just really wants to look good.

Would Elizabeth's guy wear one?

I hope he would. And my statement coat of choice for him would be chocolate brown with a fur collar.

Should you wear one?

Heck to the yes. There is one for every personality: camel for the quiet hunk, navy for the serious dude, and black-and-white windowpane plaid for that adventurous brother.

All coats are paired with blue jeans, Calvin Klein, $35;