Ask Aldo Ciccotelli to describe how he sees the transformation of America's health system, and he tells the tale of two diabetic patients. The middle-age professionals both suffered the same symptoms: frequent urination, fatigue, and thirst. 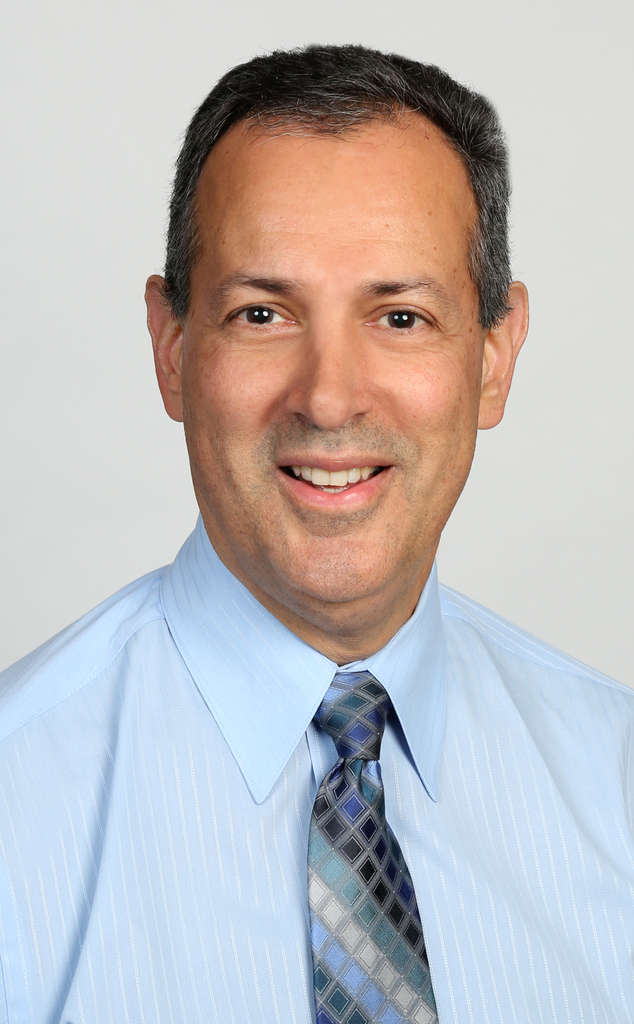 "Both were intelligent and well-educated," said Ciccotelli, a family physician who also is vice president and chief medical officer for Langhorne Physician Services at St. Mary Medical Center.

One patient "kept his appointments, took his medications, changed his diet, and started exercising. He saw a diabetes educator." Today, John Henry is thriving, enjoying his healthy new lifestyle. "I wanted to live," the Langhorne man says in describing his motivation to change.

The second patient ignored the doctor's advice. "She soon lost feeling in her legs, had one amputated, and went blind," Ciccotelli said. "Last year, she died."

The story epitomizes how some corners of America's health-care system are changing in the wake of health-care revamping. For decades, doctors have been paid to perform procedures, not practice prevention or improve care coordination. And too many patients have not understood the power they hold to improve their own health.

But a combination of factors - from the aging of the baby boomers to the explosion in health-care and insurance costs to the passage of the Affordable Care Act - is driving the health-care system and patients to assume more hands-on roles.

Nowhere is this more evident than in the management of chronic conditions such as diabetes, obesity, hypertension, and chronic heart failure, diseases that particularly affect seniors.

Driving the change is a monumental shift in how the Medicare system is demanding better outcomes by paying for performance. For instance, hospitals are being penalized if too many patients are readmitted too soon after discharge. Pennsylvania saw a 28 percent reduction in readmissions from 2010 to 2013, said Jean Moody-Williams, deputy director for the Center for Medicare and Medicaid Services' division devoted to quality.

Hospitals and health systems are experimenting with innovative programs to improve care for what once were dismissed as "lifestyle diseases." Some systems employ nurses or social workers to stay in touch with patients to answer their questions and to ensure they fill their prescriptions, make physician appointments, and follow their care plans.

Success requires enthusiastic buy-in from patients willing to tackle the hard work of changing habits - and who have found providers just as eager to work with them. Here are some Philadelphia-area patients and doctors who say the new model is working for them.

Saving their own lives: How they did it

Jacqueline Zakorchemny, 68, a retired advertising agency owner and married Downingtown resident, has battled high blood pressure since her 20s and obesity for decades. Ten years ago, she learned she was diabetic.

But she didn't take her health seriously until last year when her doctor warned her that oral diabetes medications weren't doing the job. Soon, she would need insulin injections.

"Shooting insulin for me was like hitting rock bottom," she says.

Zakorchemny is one of an estimated 96 million Americans living with chronic conditions, according to the federal Agency for Healthcare Research and Quality. Seventy-one cents of every U.S. health-care dollar goes to treat chronic conditions, which affect 80 percent of seniors.

At a Chester County Hospital diabetes education class, Zakorchemny finally had an epiphany.

"I wasn't overeating," she says. "But I was not eating healthy foods. I feel stupid that I didn't know this sooner."

She learned about carbohydrates and proteins and their effect on her diabetes, obesity, and health.

"They should teach this in school," she says.

Zakorchemny, who also has multiple sclerosis, had trouble exercising due to poor balance. But she changed her diet and started walking, dropping 25 pounds as her blood sugar numbers improved.

"I feel like getting on a soapbox to urge people like me to take these classes," she says, choking up with emotion. "They changed my life. I've been married for 44 years, and I have three grandchildren. I want to be around to see them grow up."

Frank Hanna's life-altering moment came with a bang. After slipping and falling on ice outside his Horsham home in 2005, Hanna, 68, whacked his head against a street curb, breaking three facial bones.

The next day, a physician discovered an enlarged heart and congestion in his lungs. Hanna was diagnosed with heart failure and COPD, an irreversible condition that causes difficulty breathing. Tests also revealed advanced prostate cancer. After intensive radiation and hormone treatment, the cancer was cured, but Hanna's overall health continued to spiral downward.

"They do the education and training, but you can't rely on them for everything," the former smoker says. "The rest is up to you."

The center also uses technology to monitor his heart, even when he's at home.

He stepped up his exercising and changed his diet, losing 30 pounds.

"I know I'm still limited," he says. "But I'm better than I was from 2005 to 2010. I used to get so out of breath, I'd lean on my grocery cart at the store to catch my breath. Now I can walk a few miles. I go to the library, the movies, and see my grandkids. I can't imagine anything better, barring a heart transplant."

"But when he made up his mind to turn things around, he was unstoppable," said Mather, who directs the heart-failure center. "No one gets more credit for his recovery than Frank Hanna."

Mather says better care coordination has made a big difference for Jefferson heart-failure patients. "This was once thought to be a death sentence, but we've seen a 31 percent to 49 percent improvement in mortality."

'I wanted to live' 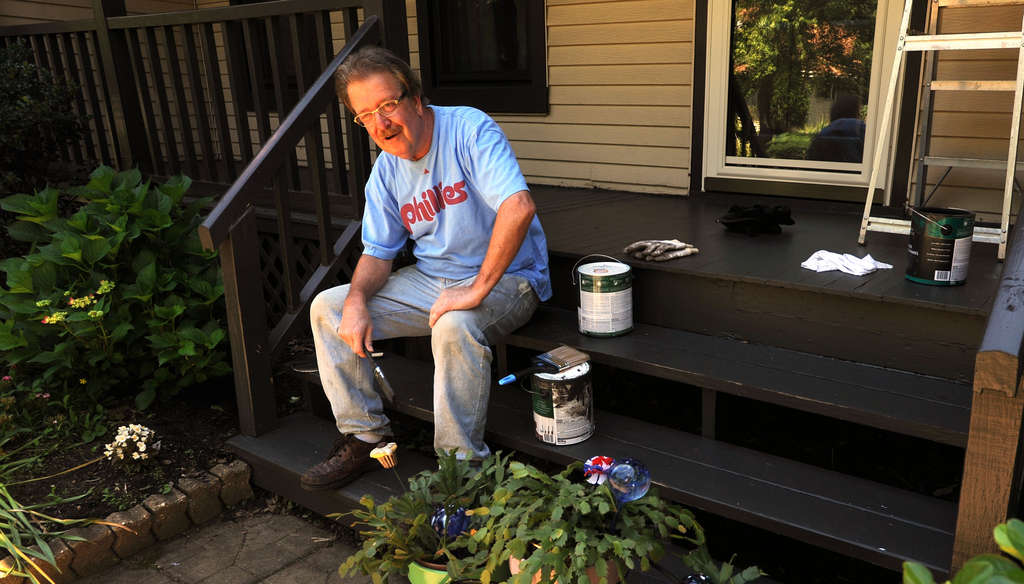 Diabetes has devastated Henry's family, killing his father at 48 and contributing to a brother's heart attack and a sister's amputated leg.

When they met, Ciccotelli asked Henry what he ate.

"I told him a bowl of Frosted Flakes for breakfast, a ham sandwich for lunch, and cheesesteak for dinner, with a bowl of ice cream for dessert and some Drambuie and a cigar as nightcaps," Henry said. "I lived like nothing was going to happen to me."

He says he should have known better.

"I thought doctors were for sick people and didn't take my health seriously until I was 53 and saw my numbers going sky high the wrong way," he said.

"Dr. Ciccotelli told me: 'You've got to change your life.' "

He did, starting with medication for diabetes, cholesterol, and blood pressure. He improved his diet, became a walker, and joined a health club, losing nearly 40 pounds.

What motivated him? "I worked hard and saved for my retirement," he said. "I wanted to live."

Ciccotelli says patients such as Henry remain in the minority, but he sees strong reasons for physicians and other providers to keep trying.

"The more we reach out, the more compliant they are. And they're more responsive if they develop relationships with our staff, who encourage and congratulate them."

The outreach goes beyond the traditional practice of medicine. "We ask if they're facing any other conflicts or social problems, issues ranging from divorce to losing their homes. All these factors can impact their health."

Ciccotelli says his entire team - the receptionist, medical assistants, nurses, and clinical case managers - is essential to the care of patients such as Henry. "It takes a team approach."

Marie Murphy, 83, was too busy taking care of her dying husband, Robert, to look after herself.

The retired teacher had returned to her Yardley home after blood tests at St. Mary Medical Center in Langhorne when she received an urgent call directing her back to the hospital.

She needed two blood transfusions due to a bleeding ulcer. While recovering, a nurse told her about the hospital's Living Independently for Elders (LIFE) center.

"Everything has changed" since then, she said.

The LIFE center, based on a national model, is a place to socialize and much more. Murphy is weighed each visit, her blood pressure is checked, and she eats a nutritious meal. She receives physical therapy to help recover from a broken hip, and staff regularly examine her medications for COPD and congestive heart failure.

"I've avoided the kinds of problems that I was hospitalized for, the things I neglected," Murphy said. "My quality of life is so much better. I probably wouldn't have taken care of myself and just faded away. But I realized that's not what Robert or God would have wanted."

As Murphy's case shows, care coordination is a large part of what the team offers. "Most patients come in with an average of 20 drugs, and many have suffered problems stemming from drug interactions," Drake said. "Our pharmacy is involved in everything, including falls, which can be related to drugs."

A 2015 Pennsylvania Department of Human Services study found that such programs (the state has 19 serving 5,000 people) saved Medicaid $29,000 for each participant who would otherwise be in a nursing home. LIFE, Drake said, has also dramatically reduced hospital readmissions and emergency-room visits.

'Vigilant about what I eat'

For Dawud Miller, 53, the move to overhaul health care has translated to fresh fruits and vegetables for his dinner table.

Maureen Krouse, a health-education specialist at Lankenau, said those who accept Food Bucks coupons also must meet with a health educator.

"Patients have been very excited and willing to try it," said Krouse, a dietitian. "Many have little access to fresh fruits and veggies. Most are seniors who come from medically underserved areas and are usually poor."

The program is jointly operated with the Philadelphia Department of Public Health and the nonprofit Food Trust.

Miller said Krouse taught him how to eat better, healthier meals, which has improved his diabetes and overall health.

"I've become much more vigilant about what I eat, and I've dropped a few pounds. I've benefited a lot from the nutritional education. . . . I owe her my life."

These articles were supported by the Journalists in Aging Fellows Program of the Gerontological Society of America and New America Media and sponsored by the John A. Hartford Foundation.

Posted: July 5, 2015 - 3:01 AM
Mark Taylor, For The Inquirer
The Inquirer Coronavirus Newsletter