Against the odds, emergency rooms are getting people into addiction treatment

Gina Marchetti walked into the emergency room to a familiar sight: a patient, just brought back from a heroin overdose by paramedics, sweaty and miserable and hooked up to machines. His mother, on her knees next to her son's bed at Crozer-Chester Medical Center, crying and begging him to get treatment.

"He had the blank stare on his face, saying, 'I don't need it, I don't need it' . . . and what flashed before my eyes was when it was me laying in that bed, it was my mom next to me," said Marchetti, whose sixth overdose four years ago nearly killed her — and launched her on a path to recovery as well as a career.

"That's what gives me the motivation to do every single thing in my power to help this person."

The young man has been in residential treatment for several months now.

In the Crozer-Keystone Health System in Delaware County, certified recovery specialists like Marchetti succeed about a third of the time.

But in much of the Philadelphia region and across the nation, the notion of using an ER visit to propel someone into addiction treatment remains a dream.

In what some call a "warm handoff," a patient is transferred directly from the ER into a treatment program without cooling off for days in the old neighborhood, around old using buddies, one fentanyl-tainted bag of heroin away from death.

The emergency room seems an ideal place to intervene. A revived patient has just experienced a potentially life-changing event. Hospitals have resources, including doctors and nurses who are passionate about saving lives.

It turns out not to be that easy. Treatment beds are in short supply almost everywhere, forcing a wait of several days even for those who would jump at the chance to get clean. Many people don't have insurance. Hard-to-change practices — some enshrined in regulations, others history and habit — may make a smooth transfer impossible even when everyone involved wants the same thing.

Federal law decrees that if a photo ID is missing — as it often is when a homeless person overdoses — admission to methadone maintenance programs be denied. Arranging temporary housing and taxi rides requires giving out a patient's name, and health-care providers are not allowed to do that.

"I can do a lot for someone who has diabetes or hypertension," said Priya Mammen, an emergency medicine physician at Philadelphia's Methodist and Thomas Jefferson University Hospitals. But for someone addicted to opioids and at grave risk of another overdose? "Physically being able to make an appointment or referring them happens very rarely," Mammen said.

Frustration drove her to join Mayor Kenney's opioid task force, which was convened in January and could release its final report this week. 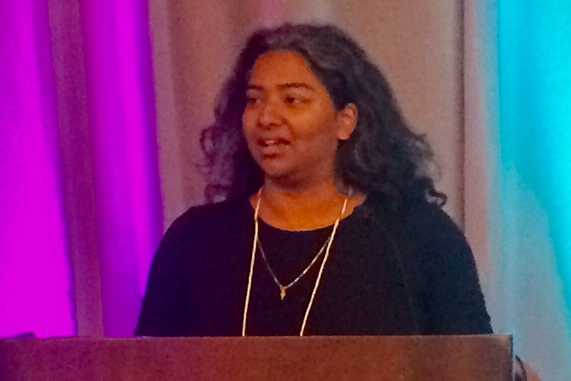 "We're right on the precipice of the whole system actually changing," Mammen said. Meanwhile, city emergency departments saw more than 6,400 patients who had overdosed last year, releasing nearly all of them after brief physical examinations.

While drug overdoses killed 907 people in 2016 in Philadelphia — 80 percent of them related to opioids — survivors generally suffer little medical harm and walk out.

Mammen recalled a colleague managing to hold one midnight arrival in the ER until dawn so she would not leave in the dark. She came back in an ambulance several hours later, but this time could not be resuscitated.

An epidemic, but also opportunity

Opioid-related overdose deaths quadrupled between 1999 and 2015 nationwide. But it wasn't until 2014 that New Jersey and Pennsylvania joined a handful of other states in allowing ambulance crews — and then the general public — to administer the emergency overdose-reversal medication naloxone, resulting in thousands of reported "saves." (Philadelphia EMTs have used naloxone for decades, but police started getting it only after the change in state law.)

Being revived is physically painful. Naloxone, sometimes sold as Narcan, blocks opioid receptors in the brain, ending the suppressed breathing response that can lead to death. It also throws the person into withdrawal.

Getting someone in that condition to even consider sobriety requires "language of the heart," said John Brogan, who set up a recovery specialists-in-the-ER program in Ocean County, N.J., even renting room in a church to house people until they could be admitted for treatment, and cajoling programs to offer scholarships. "We meet them where they're at. Without judgment."

Jared Brown is one of his success stories. He was in a coma for 12 days — the heroin turned out to be laced with rat poison. "Even as I was pulling the needle out, it felt like acid going into my body, getting closer to my heart. I pulled out my phone, dialed 9-1 . . . didn't get to the last 1," he said. His mother's boyfriend "heard me gurgling" hours later and completed the call.

Brogan showed up at the other end and they instantly connected over shared histories of drugs and surfing.

Brown had no insurance, but Brogan got him into a Florida detox center and 114 days of residential treatment in Texas. He was released last July and, at 28, is creating a new life in Austin, going to NA meetings and working for a rainwater harvesting company, which just promoted him to foreman. 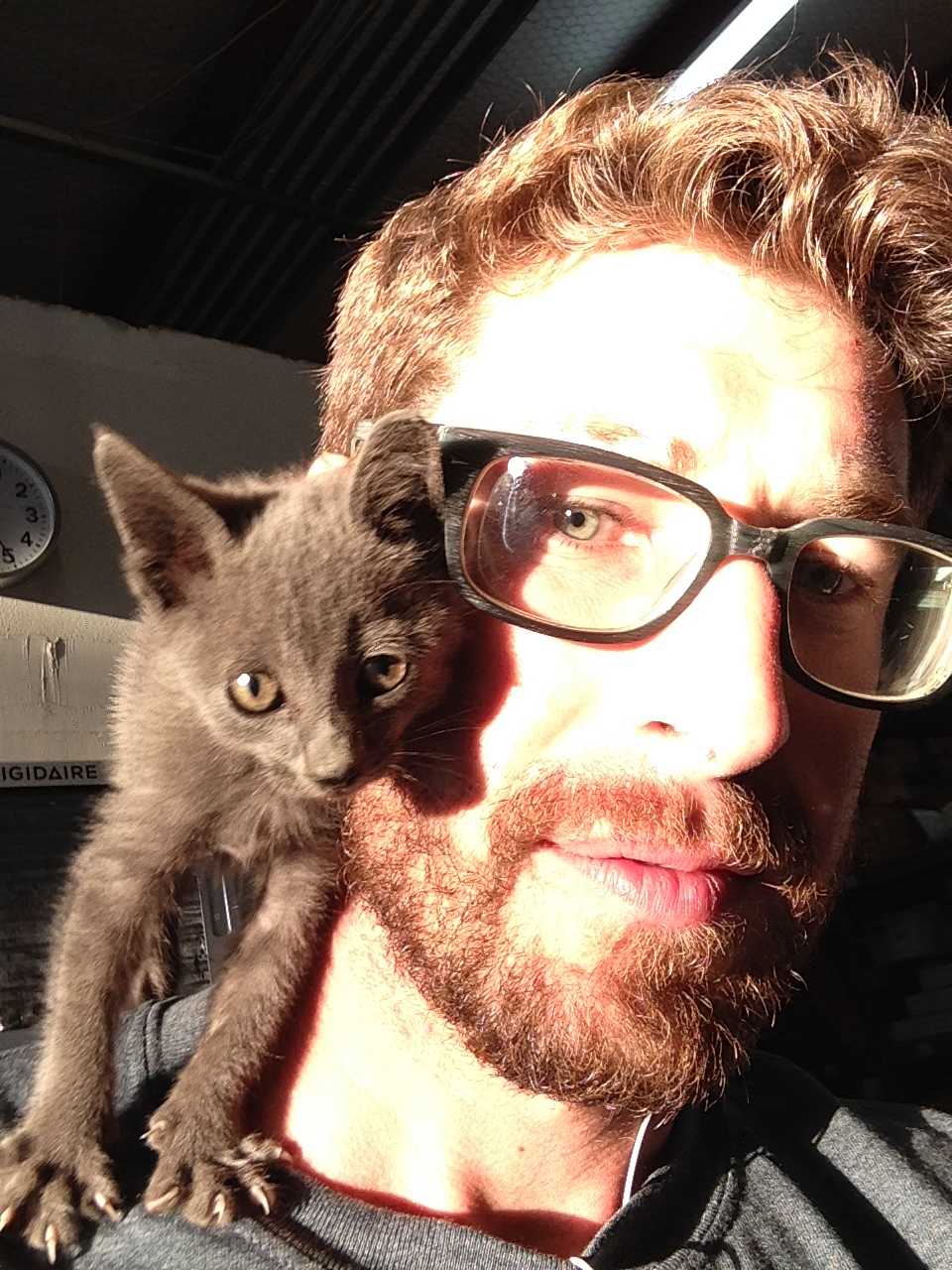 Jared Brown, 28, in Austin, Texas, where he is rebuilding his life (and that of a rescue cat) after nearly dying from heroin cut with rat poison at the Jersey Shore..

Officials in Camden County focused on emergency rooms after seeing overdoses spike several years ago. "We just had the objective of getting people into treatment," Freeholder Director Louis Cappelli Jr. said. The county has budgeted $300,000 this year to get people started, avoiding the potentially deadly delay of finding coverage for the uninsured.

Gov. Christie has been increasing funding to make "warm handoffs" possible, and dozens more Camden residents have made it from ERs to treatment without the county's help. In Pennsylvania, Gov. Wolf has increased spending, too.

Delaware County has among the first programs to get off the ground, a year ago, with a small team of recovery specialists ready to visit ERs when overdose cases came in. Four of the six hospital emergency rooms in the county are part of Crozer-Keystone, and the health system for decades has operated a large outpatient addiction treatment program out of the old Community Hospital. The system took over the recovery specialist team in October.

First Steps Treatment Center — a comprehensive, 52-bed residential facility — opened within the main Crozer-Chester Medical Center on March 22. Now, handling overdose patients is "a lot more seamless," said Sarah Falgowski, chief of adult psychiatry — a truly warm handoff, with emergency rooms, assessment, inpatient, outpatient, even transportation part of the same system. The recovery specialists have engaged with 447 patients in the last six months, and 167 of them, or 37 percent, have begun treatment. 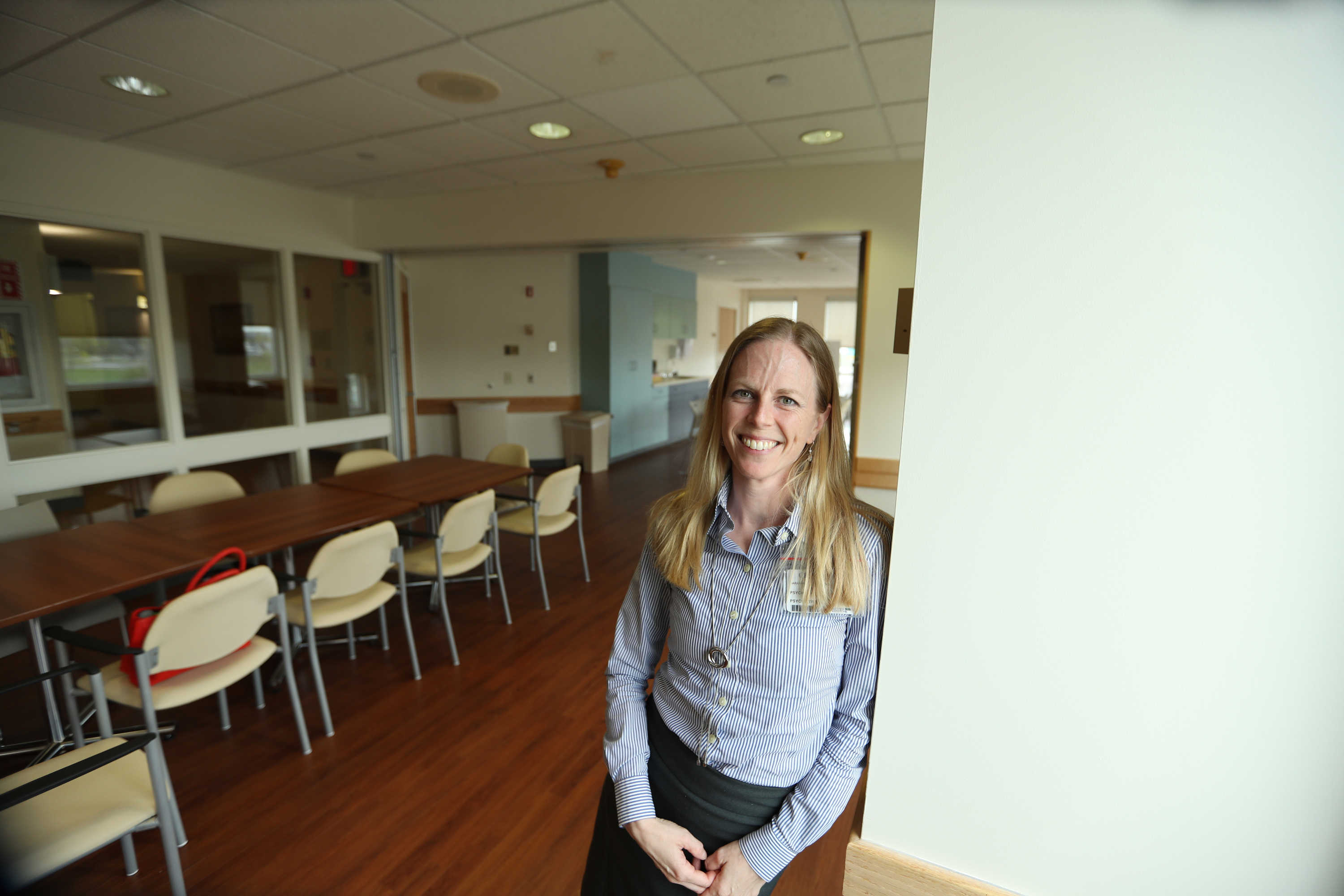 DAVID SWANSON / Staff Photographer
Psychiatrist Sarah Falgowski in First Steps Treatment Center, the 52-bed residential program that opened in March within Crozer-Chester Medical Center. It is already at capacity, but the health system recovery specialists who see people in the ER after an overdose can refer them anywhere.

The young man that Gina Marchetti remembers so well came in late one weekend night. She did not bring up treatment because that might have scared him. She sent his family out of the room. And then she talked about her own life: nine years using, six overdoses, fears of losing her 10-year-old daughter.

"He was going through the same experience that I was with the children and the criminal justice system," she said. Realizing he couldn't be a good father "kind of flipped the switch for him." He was admitted overnight.

And if he'd said no?

"We don't just give up," Marchetti said. "My hope is that one time when I call they will have that moment and just say: 'I can't live like this anymore. Let's do it.' "