Victor Colon didn't show up for Thanksgiving dinner with his family in Kensington, so his sister traveled from central Pennsylvania last weekend to drive the gritty streets of the Philly neighborhood hoping to see her big brother.

Instead, she saw an ambulance carry his body away.

"We were trying to reach out to him," said Edna Villafane. "But I guess the drug beat us."

Colon, 42, was one of nine people who died from apparent drug overdoses in and around Kensington over the weekend, authorities said Monday.

They died less than three weeks after the city had 50 overdose cases in a single day.

The weekend's fatal ODs happened in a 36-hour period from 8:35 a.m. Saturday to 8 p.m. Sunday, and most were in the 24th Police District, which covers parts of Kensington, Juniata Park, and Port Richmond, said Lt. John Stanford, police spokesman.

At this rate, Philadelphia is likely to reach 900 fatal drug overdoses this year, officials said. That would be more than triple the city's homicide rate.

Until the Medical Examiner's Office officially rules on causes of death for the nine people who died this weekend, the cases are being handled as sudden-death investigations, although Stanford said they all appear to be "related to narcotics use."

He said the department would not release the names of the victims, but police said they ranged in age from 24 to 42 and included both men and women.

Villafane said her brother, who lived with her mother in Kensington, was found in the bathroom of an acquaintance's house.

"He's been wandering around because of the shame he was carrying," she said. "He asked a neighbor if he could use the bathroom, and they let him in and that was that."

Villafane said her brother had a "heart of gold" and "was the best uncle." Although he didn't have children of his own, he enjoyed coaching Little League baseball and other sports. He recently had lost his job in retail, his sister said. 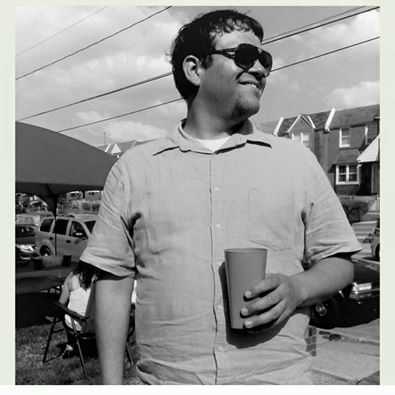 Victor Colon, 42, was among the nine people who died of drug overdose related deaths in Philadelphia over the weekend. Credit: FACEBOOK

Earlier this year, Colon underwent major surgery for a knee infection and was prescribed prescription pain pills, which is how his family believes he may have become addicted to heroin, Villafane said.

"That's what we're thinking, because we didn't expect any of this," she said.

Jose Benitez, executive director of Prevention Point Philadelphia, a nonprofit agency that provides needle-exchange and other health services to drug addicts, said the city typically has three overdoses a day, not all fatal.

Benitez said 50 overdoses were reported throughout the city Nov. 17, five of which were fatal. He said fentanyl-laced heroin is believed to have caused those overdoses and may have led to the latest ones as well.

On Nov. 18, the day after the overdose spike, Prevention Point handed out 75 kits containing the opioid antidote Naloxone, up from the usual four or five kits the agency gives out in a day, Benitez said.

According to an alert from the Philadelphia Department of Public Health, the Nov. 17 overdoses may have been associated with heroin batches labeled "Indian Creek," "Knock Out," "100% Quality," "Swine Flu," and "Scum Bag."

Stanford said police would investigate any possible connection between the Nov. 17 overdoses and those that occurred last weekend.

From Saturday morning to Sunday evening, nine people died from apparent drug overdoses in Kensington and North Philadelphia. At the current rate, the city is likely to reach 900 drug overdose fatalities this year, a 30 percent increase from 2015.

Click on the markers on the map for more details.

Roland Lamb, deputy commissioner for planning and innovation in the city's Department of Behavioral Health and Intellectual disAbility Services, said he had not seen anything like the recent spikes in overdoses since the 2006 fentanyl crisis.

"And this is going to eclipse that, I think," he said.

Lamb could not immediately provide statistics on the deadliest overdose weekends in recent Philadelphia history.

"I don't know for sure, but I'm really concerned by what we're hearing now," he said. "I'm very concerned."

According to Jeff Moran, spokesman for the Medical Examiner's Office, about a month ago officials projected that the city would have 840 drug overdose deaths in 2016.

Now, he said, the city likely will reach 900 fatal overdoses this year. If so, it would represent a 30 percent increase in overdose fatalities over last year.

When first responders encounter a spate of overdose deaths, generally the immediate suspicion is that a more potent drug has hit the streets, although that may not be readily apparent from blood tests, said Jeanmarie Perrone, an emergency physician and medical toxicologist at the Hospital of the University of Pennsylvania.

That is partly because some hospital labs may not be equipped to detect certain emerging opioids and also because the amounts of the drug in a user's system are so minute, she said.

In such cases, heroin may have been mixed with, or even entirely replaced by, any of several emerging opioids that are up to 1,000 times more potent, said Perrone, who also volunteers at Prevention Point.

The alternative opioids include fentanyl and its derivatives, and other imported substances that fall under the umbrella of "research chemicals," Perrone said.

Spreading the word about new, dangerous opioids is tricky because users may be more tempted to try them, said Perrone, who is also a professor at Penn's Perelman School of Medicine.

"It's a little bit of a double-edged sword," she said. "That's the scary part. That really makes the public health surveillance and the warnings about this very challenging."

In a statement released Monday about the overdose deaths, Mayor Kenney called Kensington the "epicenter of the city's opioid use" and said it was "almost certain" the city would see a "significant increase in drug overdose deaths this year."

According to Stanford, police officers were able to save four people in the 24th District with Naloxone over the weekend.

But there is no antidote for the pain experienced by those who lose loved ones to drug overdoses.

"It's just this heroin. This heroin. It's killing people slowly," Villafane said. "I don't think the meaning of brotherly love is here anymore."