After 1,000 Philly police shootings without charges, a family hopes its case will find justice

The last time a Philadelphia police officer was charged with shooting a civilian in the line of duty, Bill Clinton was in the White House and Lynne M. Abraham was only about halfway through her 19-year run as district attorney.

May 4 marks a year since Richard Ferretti, 52, was fatally shot by an undercover police officer near St. Joseph's University.

The incident was troubling from the start. Ferretti, who had multiple sclerosis, was unarmed and behind the wheel of his minivan when Officer Shannon Coolbaugh shot him four times. Police in a marked patrol car were trying to get Ferretti to pull over after a resident called 911 and described his slow loops around 63rd Street and Overbrook Avenue as suspicious.

Ferretti lived in the neighborhood with his girlfriend and was looking for a parking spot, according to his family, which hoped the case would be resolved quickly. It seemed they had fair reason to think it would be.

In November, District Attorney Seth Williams announced his office was adopting new protocols for investigations into police-involved shootings in a bid to be more transparent and trustworthy. The office also released data that showed it now resolved the probes on average in fewer than 60 days, a far cry from when investigations could drag for a year or longer.

But six months have passed, and Ferretti's relatives are still waiting for answers, still longing for a sense of justice they worry they'll never find.

Coolbaugh is "just going on with his life, I suppose," Lisa Newman, Ferretti's sister, said in November. "And my brother is in an urn on the fireplace."

Ken Rothweiler and Todd Schoenhaus, the family's attorneys, said they recently learned that the investigation was given to a grand jury.

The District Attorney's Office did not respond to questions from the Inquirer and Daily News about the grand jury investigation. Police Commissioner Richard Ross said it was not clear when the grand jury will announce its findings.

"We'll find out soon whether they'll indict the officer," Rothweiler said. "It seems pretty simple to me. What was the officer who shot and killed our client in fear of? They'll have to concoct some story that [Ferretti] made some subtle movement so they'd therefore be justified." 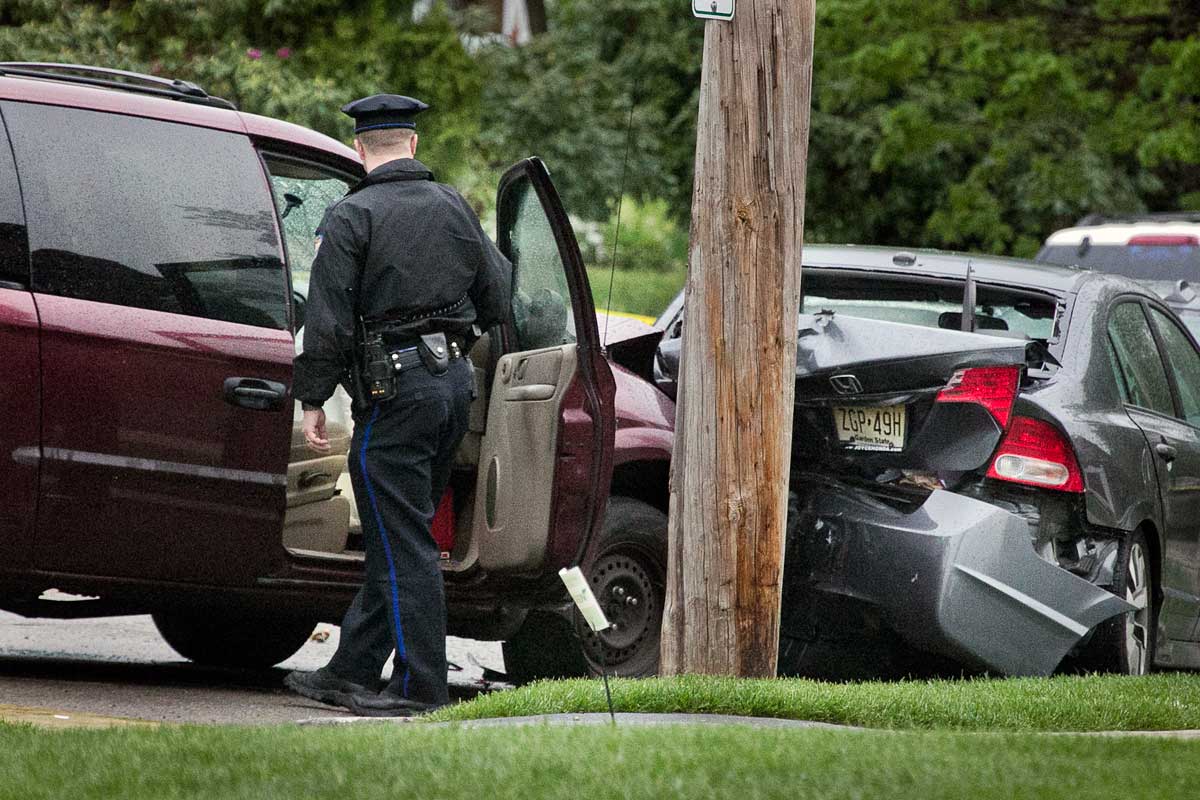 alejandro a. alvarez / File photo
The aftermath of the shooting May 4, 2016, near 63rd Street and Overbrook Avenue. Richard Ferretti was unarmed and searching for a parking spot when police deemed him suspicious.

Ferretti was returning home from a gas station when Coolbaugh and another undercover cop spotted his minivan. The officers called for a marked patrol car to assist them. The patrol car pulled behind Ferretti with its lights flashing; according to police, Ferretti kept driving.

The undercover cops tried to block Ferretti's path with their car. They jumped out of their vehicle and told Ferretti to turn off his engine. He didn't, and Coolbaugh opened fire -- even though, according to reports, neighbors heard Ferretti yell, "I'm stopping!"

The day after the shooting, Ross said he was concerned with the tactics Coolbaugh used; firing at a moving vehicle is forbidden under the department's use-of-force directive. Months later, Williams expressed remorse to Ferretti's family. "It took us getting involved for the family to hear something" from the district attorney, Schoenhaus said.

Williams' talk about quicker investigations rings hollow for Ferretti's family, but the case will also serve as a test of his vow to make the office's work more transparent.

In November, he said the office would release a detailed report within 60 days if it declines to press charges against an officer who shoots a civilian, and also share its investigative files with the victim's relatives and the news media. This mirrors a practice that's long been followed by top prosecutors in cities such as Boston and Denver.

But Williams didn't mention that the transparency protocol came with some restrictions.

The District Attorney's Office recently denied a request from the Inquirer and Daily News to review investigative files for completed probes into police-involved shootings for 2016.

Of the 14 people shot by officers last year, the District Attorney's Office closed four cases without bringing charges, all before Nov. 10. (Five people shot by police, including Ferretti, died from their wounds.)

Williams' spokesman, Cameron Kline, said last month that the protocol only applied to investigations that began after Nov. 10, when the district attorney made his announcement.

There's no such language to that effect, however, in the protocol itself. And the exemption seems to undercut the office's proclaimed devotion to transparency.

When pressed, First Assistant District Attorney Kathleen Martin, who has essentially been running the District Attorneys Office since Williams agreed last month to have his law license suspended amid a federal probe, said the office would share those investigative files for 2016 police shootings provided they were open and ongoing as of Nov. 10.

No cases yet fit that bill, she said.

Making closed investigative files available from earlier years  isn't possible, she argued, given all of the redactions that would have to be done. "Our hearts are in the right place," Martin said.

There's a simple reason why the transparency policy doesn't automatically apply to all of the office's investigative files, no matter the date: Criminal investigative files are exempted under the state's Right-to-Know Law, according to Erik Arneson, executive director of the state Office of Open Records.

"Since [the District Attorney's Office] is taking steps to release information that they're allowed to withhold, there's really not a way to force them to follow their own policy," he said, "other than public shaming."

While Philadelphia seems to be moving slowly to embrace this sort of accountability measure, it's been standard practice for 30 years in Denver, which averages five to 10 police shootings a year in a city with a population of 693,000.

Former Denver District Attorney Mitch Morrissey, whose tenure ended in January after 12 years, said the district attorney's office there follows a simple policy: If charges aren't filed against a police officer who shot a civilian, a letter outlining the evidence and the office's legal position is sent to the police chief and the media. Investigative files -- including recorded interviews with police and eyewitnesses -- can be reviewed in person at the office.

Morrissey said he tried to avoid putting police shooting cases in the hands of grand juries. "My problem with that is grand jury proceedings are all secret, so you couldn't release anything to the public," he said. "The idea is to be as open and transparent as possible."

Despite the open-door policy, Morrissey said, the office still faced criticism from activists for not arresting police officers. "Self-defense applies to cops, too," he said.

Suffolk County, which has a population of about 767,000, averages about one police shooting a year, said Jake Wark, the district attorney's spokesman. The office has been making its findings public since 2004, when a 21-year-old college student, Victoria Snelgrove, was killed by a pepper-spray ball fired by police as she stood among 80,000 Red Sox fans who took to the streets to celebrate the team's victory over the New York Yankees in the American League Championship Series.

"There was a feeling that if there's a trial, people get to see the evidence and get their questions answered," Wark said. "But in the absence of a trial, how do people know what happened? Releasing this information helps people understand what we do and how we do it. It was so well-received, we thought, 'Why just do it on high-profile cases? Let's do it for every single one.'"

The closest Philadelphians have come in the last 20 years to seeing a trial over an on-duty police shooting was Abraham's ill-fated attempt at putting Officer Christopher DiPasquale behind bars. Abraham twice filed manslaughter charges against DiPasquale in the fatal shooting of an unarmed 19-year-old, Donta Dawson, in 1998, one of 99 police shootings that year.

The charges were dismissed both times without the case being put in a jury's hands.