John Paladino, 73, and his wife Carole, 72, died early Saturday after a blast ripped through their home and pierced the morning calm of their Newfield neighborhood, sending debris flying for blocks and damaging nearby houses.

The house on the 300 block of Oakland Drive was reduced to rubble after the explosion, which neighbors described as a "huge ball of fire."

Sellitto said an investigation into how the explosion occurred is still underway, but she said the inquiry was not criminal in nature and there was no evidence of foul play.

Neighbors said the couple had a stove installed the day before the fatal blast, but Sellitto would not comment whether the installation might be related to the explosion. 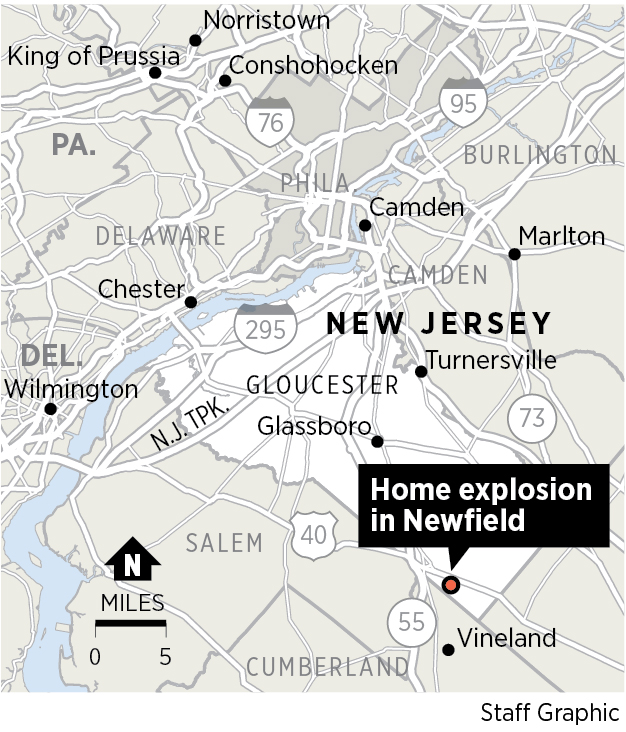 After the explosion, gas service was shut off for residents in the surrounding area, but was restored later in the day, she said.

John Paladino had served as president of the Newfield School Board, friends said, and he worked part-time at the DeMarco-Luisi Funeral Home in Vineland.

Carole Paladino was a retired school nurse who worked in Millville public schools. According to the Daily Journal, Carole received a Distinguished Service Award from the New Jersey State School Nurses Association in 2008. The couple had been married for 50 years.