The three lawyers had just come back from a paint-and-sip class and were sitting in a car that night, April 22, 2014, when gunfire interrupted their conversation.

Each said she thought she was watching a carjacking unfold just before 10 p.m. at Willows Avenue and 51st Street in West Philadelphia.

Fifteen feet away, a man in a backward baseball cap, hoodie, and khaki cargo shorts stood, arms outstretched, as he repeatedly emptied his gun into a Ford Taurus, said the women.

"It was a very still night," recalled one of them, Valerie Palazzo. "We were sitting there and talking and everything was really quiet and calm. Then, all a sudden, shots rang out." 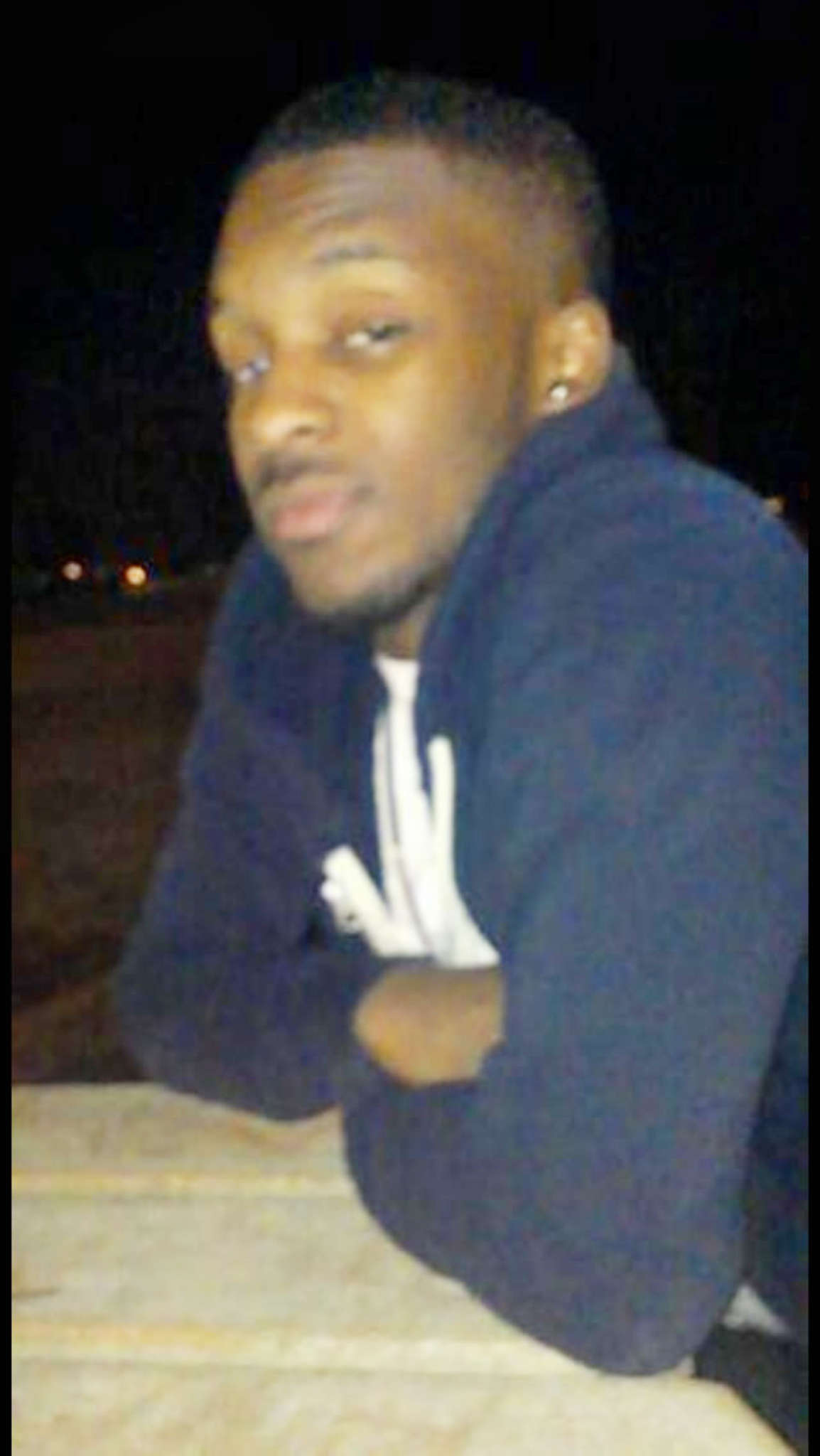 Two men riddled the car with 14 bullets, sending two slugs coursing through the leg and one through the cheek of the unarmed driver, a 20-year-old named Philippe Holland. The college student was working as a deliveryman and had just dropped off a cheeseburger.

What the three lawyers — friends since working together as public defenders —  did not know at the time was that the shooters in casual clothes were not robbers but undercover police officers, responding to a report of gunfire in the area.

That dawned on them in the frenzy after the shooting stopped, when they saw one of the men, Mitchell Farrell, standing around and talking with uniformed officers – and now wearing a badge around his neck.

He hadn't been wearing the badge during the shooting, they said. Neither he nor his partner had yelled, "Police."

The women were further alarmed, they said, when they told uniformed officers gathering at the scene that they had witnessed the shooting – and were shooed away. The next morning they called the Police Department and arranged to give statements.

"They just basically wanted us gone," Christlieb said. The third lawyer, Emma Reynolds, declined to be interviewed because she still works for the Public Defender's Office.

That case of mistaken identity, three years ago this week, resulted in a record $4.4 million payout – the largest settlement for a police shooting in Philadelphia history.

Plainclothes officers Mitchell Farrell and Kevin Hanvey could have been fired for nearly killing Holland. Then-Police Commissioner Charles H. Ramsey went to the hospital the next morning to apologize to Holland's mother, calling her son a good young man.

At the time, the Police Department said it was still evaluating how to punish the officers, who eventually were found to have violated a policy prohibiting officers from shooting at a moving car. The punishments available to Commissioner Richard Ross, Ramsey's successor, ranged from reprimands to terminations.

Just days after the announcement of the settlement this January, Ross chose to suspend the two officers, who had been collecting pay on administrative duty since the shooting. The department would not disclose how long the suspensions lasted, whether the officers had served them, or if they had filed grievances challenging the punishment.

"As a matter of course, we do not disclose that information for disciplinary cases that are internally generated," said a department spokesman, Capt. Sekou Kinebrew.

In mid-January, Farrell, 30, and Hanvey, 28, quietly returned to street duty.

The commissioner "imposed a penalty that was within the penalty range," Kinebrew said. "I think that's a subjective call for anyone to make."

That the officers were never prosecuted and remain on the force was not a surprise to critics of the city's handling of police officers who shoot people under questionable circumstances. There have been more than 430 officer-involved shootings between 2007 and 2016. The District Attorney's Office has never charged any on-duty officers involved, according to the Police Department's website. As of last week, Holland was still referred to as "the offender" on that site. The District Attorney's Office and the department's Use of Force Review Board are still reviewing the case, the site claimed, even though both have already rendered decisions. 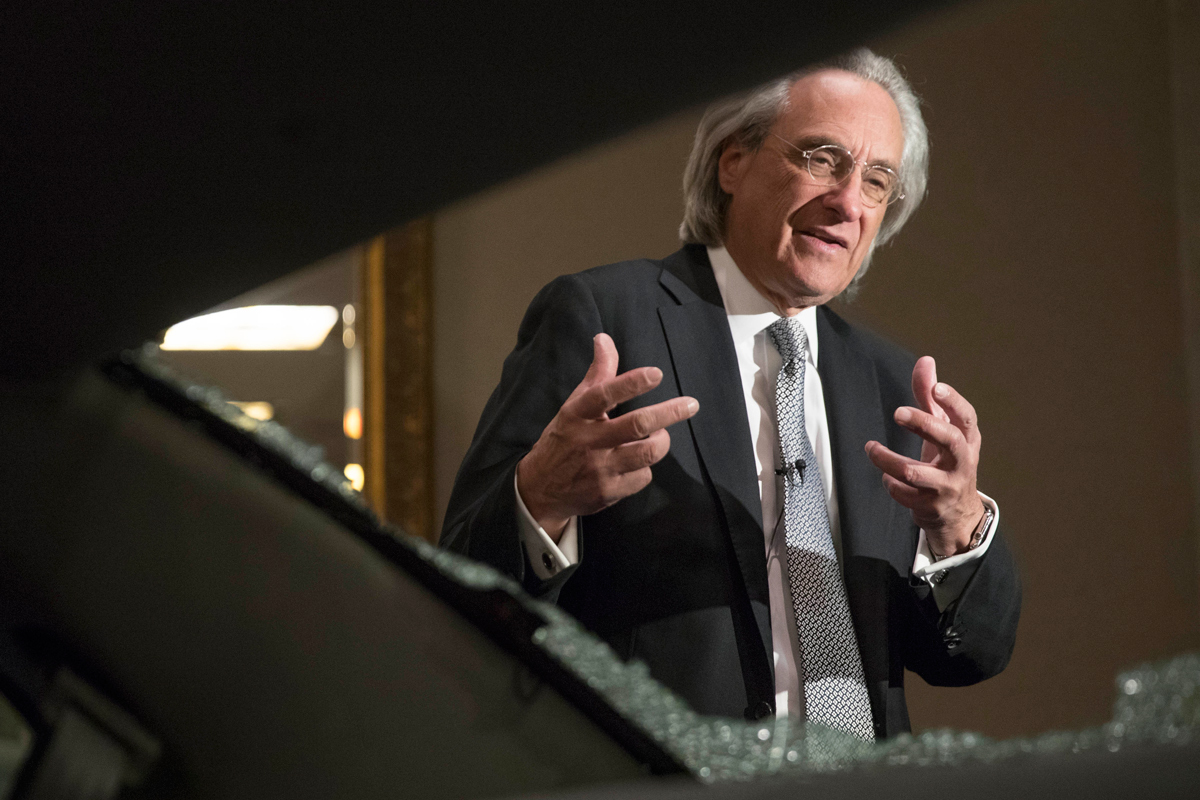 "It's astounding that in a case which the city has acknowledged culpability, paying $4.4 million and changing the training protocol for the entire police force, that there are absolutely no recriminations for either police officer," said Thomas Kline, the attorney who represented Holland in his civil lawsuit.

Added civil rights attorney Paul Hetznecker: "When it comes to investigating, disciplining, and terminating Philadelphia police officers engaged in the use of deadly force, the lack of accountability is long-standing and systemic. We cannot have the police in control of the investigation and adjudication of misconduct by its own officers."

Farrell and Hanvey are no longer partners and do not work as plainclothes officers, Kinebrew said. They are now assigned to patrol duty in the 18th District in West Philadelphia.

They had been on the force less than two years the night they shot Holland, a college student working two jobs. Hanvey declined to comment when reached by phone. Numbers listed for Farrell were disconnected. The head of the Fraternal Order of Police, John McNesby, did not return numerous phone calls.

The officers were responding to a report of gunshots when they stopped their unmarked car on 51st Street that night. Their account of what happened next differs starkly from that of witnesses to the shooting, who testified under oath in depositions last year and spoke this year with the Inquirer and Daily News.

Holly Danesi, 35, a tattoo artist, said Farrell and Hanvey stopped her on 51st Street and asked if she had heard any gunshots. Pointing toward 51st and Hatfield Streets, she said she believed they had come from around a store at that intersection.

In an interview with the Philadelphia Inquirer and Daily News, Danesi said the officers drove toward Willows Avenue and 51st  — the opposite direction. Moments later, she heard a barrage of gunfire.

Interviewed separately by Internal Affairs, Farrell and Hanvey said Holland was walking on 51st, near where Danesi had pointed, prompting them to get out of their car and try to stop him.

"He was the only guy walking, and we asked her, 'Is that where you heard the shots, from where he is walking from?' and she said, 'Yes,' " Hanvey told the Internal Affairs interviewer.

It appears, Kline said, that Farrell and Hanvey were trying to establish the legally required reasonable suspicion to stop Holland. But there's a problem: Danesi said she never saw Holland or any other man walking on 51st Street.

"To get right to the point, the statement given by Hanvey and Farrell is inaccurate," she told the newspapers this month after reading the officers' statements. "They approached me and asked which direction I heard the shots coming from, but they never turned their bodies around and neither officer pointed out a person walking down 51st Street, or any street for that matter.

"The question, 'Is it over there where he is coming from?' was never asked and therefore my alleged response of 'Yes,' was a fabrication," she added. Danesi's recollection matches the police statement she gave the morning after the shooting and the 2016 deposition she gave for Holland's two lawsuits against the officers and the city.

The woman who'd ordered the cheeseburger was also interviewed the day after the shooting.  She told a detective that 20 seconds after Holland left her porch she heard a burst of about 10 gunshots.  That would have left no time for him to have been around the corner on 51st Street.

But Internal Affairs did not conclude that Farrell and Hanvey lied. The report states: "It would appear that Philippe Holland was not the male the officers saw on 51st Street."

"This language leaves room that it could have been [Holland] or that it was reasonable for the officers to believe it was," said Kinebrew. 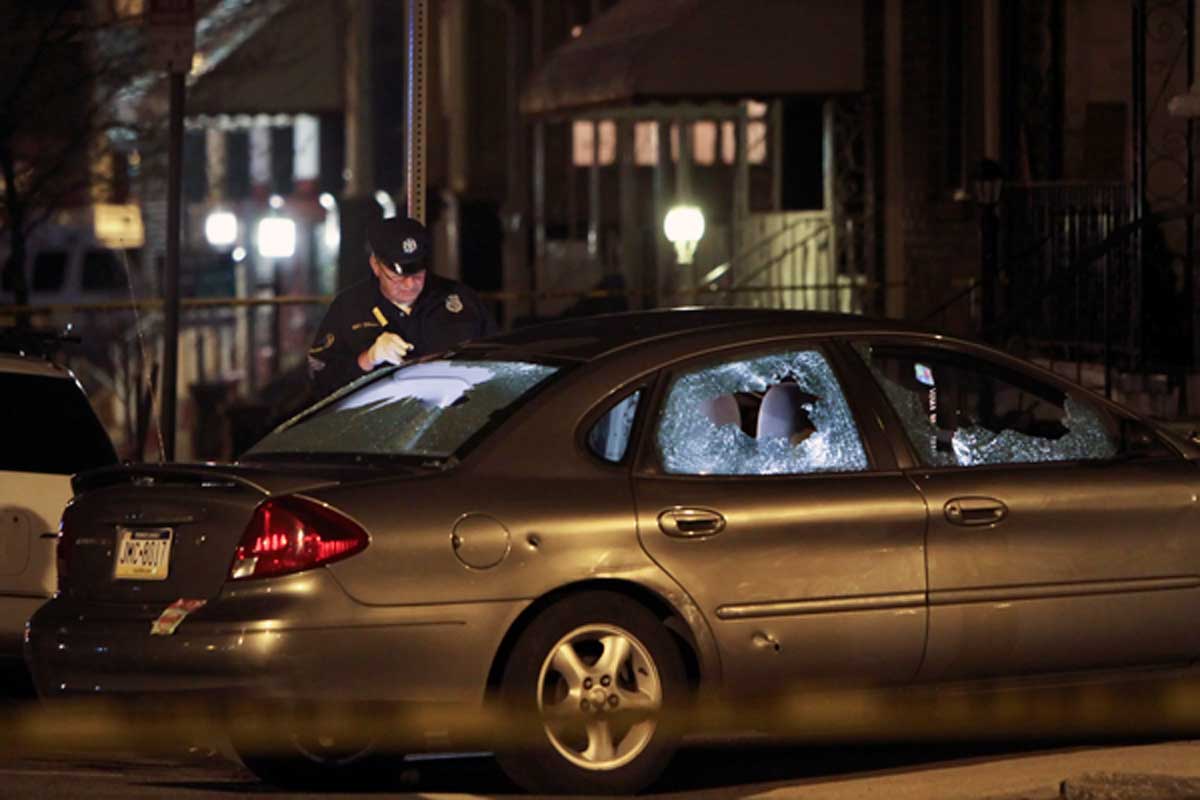 Holland also told investigators that he was never on 51st Street. Instead, he was parked on Willows Avenue, where he was delivering for his employer, Slices & More of Upper Darby. While still on the customer's porch, he spotted two shadowy figures stepping out of an unmarked car parked in the intersection at Willows Avenue and 51st Street.

Holland said he crossed the street and slipped into his Taurus from the passenger side, to avoid the "shadows." The former Delaware County Community College student said the two men approached his car, one on the sidewalk with a flashlight, the other in the street and holding a gun. He feared he was about to get robbed, he said. The officers were not wearing badges, he said, and did not identify themselves as police. He pulled the car out of its parking spot.

"As soon as I moved, I felt the bullet passing my leg," he said in an August 2016 deposition.

Holland, who through his attorney declined to be interviewed for this article, was also shot under his right eye. The bullet entered the orbital bone and penetrated his jaw. His eye was left disfigured.

Bullet fragments in his brain cannot be removed, said Kline, his attorney, adding that they are the source of seizures, which prohibit him from driving at times.

Christlieb, who worked as a public defender from 2005 to 2013, wondered about the soundness of a system that cleared the two officers to return to street duty while also paying the man they nearly killed such a large settlement. “The city clearly, from its own behavior, feels that something egregious happened here. I want to know why am I getting that mixed message?”

Kinebrew, the Police Department spokesman, noted that many reforms have resulted from the U.S. Justice Department's recent review of the department's use of deadly force, including the creation of the Officer Involved Shooting Investigations Unit.

After the district attorney declined to charge Farrell and Hanvey in September 2015, it took more than a year for the case to wend through the department's layers of review. In March 2016, the Internal Affairs Division referred the case to the Use of Force Review Board after finding that Farrell and Hanvey had violated the policy prohibiting officers from shooting at moving cars and placing themselves in jeopardy while attempting to stop a vehicle.

The board upheld that finding on Sept. 6 last year and passed the case to the Police Board of Inquiry – composed of officers of various ranks. On Jan. 3, the PBI found the officers "not guilty" of violating the policy.  On Jan. 10, the commissioner rejected that finding, punishing the officers with suspensions, Kinebrew said.

Announcing the settlement, a city news release called what happened to Holland "an unfortunate, regrettable series of events."

It's deeper than that, said Palazzo. "Probably a decision about this young man was made way too quickly in that exchange. ... That young man didn't need to be shot. He was doing nothing wrong."