Facebook fake-news writer: 'I think Donald Trump is in the White House because of me'

What do the Amish lobby, gay wedding vans and the ban of the national anthem have in common? For starters, they're all make-believe - and invented by the same man.

Paul Horner, the 38-year-old impresario of a Facebook fake-news empire, has made his living off viral news hoaxes for several years. He has twice convinced the Internet that he's British graffiti artist Banksy; he also published the very viral, very fake news of a Yelp vs. "South Park" lawsuit last year.

But in recent months, Horner has found the fake-news ecosystem growing more crowded, more political and vastly more influential: In March, Donald Trump's son Eric and his then-campaign manager, Corey Lewandowski, even tweeted links to one of Horner's faux-articles. His stories have also appeared as news on Google. 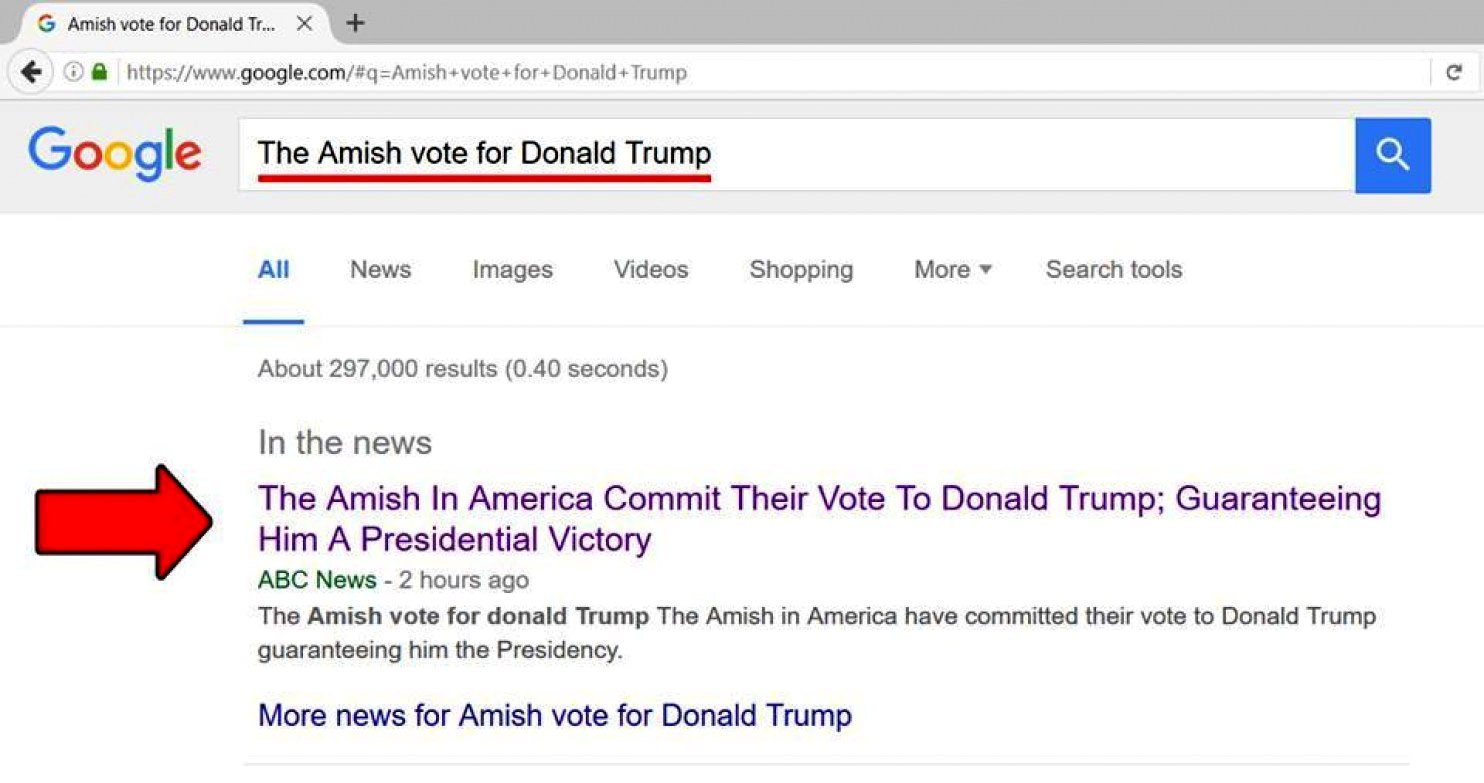 In light of concerns that stories like Horner's may have affected the presidential election, and in the wake of announcements that both Google and Facebook would take action against deceptive outlets, the Washington Post called Horner to discuss his perspective on fake news.

Question: You've been writing fake news for a while now - you're kind of like the OG Facebook news hoaxer. Well, I'd call it hoaxing or fake news. You'd call it parody or satire. How is that scene different now than it was three or five years ago? Why did something like your story about Obama invalidating the election results (almost 250,000 Facebook shares, as of this writing) go so viral?

Answer: Honestly, people are definitely dumber. They just keep passing stuff around. Nobody fact-checks anything anymore - I mean, that's how Trump got elected. He just said whatever he wanted, and people believed everything, and when the things he said turned out not to be true, people didn't care because they'd already accepted it. It's real scary. I've never seen anything like it.

Q: You mentioned Trump, and you've probably heard the argument, or the concern, that fake news somehow helped him get elected. What do you make of that?

A: My sites were picked up by Trump supporters all the time. I think Trump is in the White House because of me. His followers don't fact-check anything - they'll post everything, believe anything. His campaign manager posted my story about a protester getting paid $3,500 as fact. Like, I made that up. I posted a fake ad on Craigslist.

Q: Why? I mean - why would you even write that?

A: Just 'cause his supporters were under the belief that people were getting paid to protest at their rallies, and that's just insane. I've gone to Trump protests - trust me, no one needs to get paid to protest Trump. I just wanted to make fun of that insane belief, but it took off. They actually believed it.

I thought they'd fact-check it, and it'd make them look worse. I mean that's how this always works: Someone posts something I write, then they find out it's false, then they look like idiots. But Trump supporters - they just keep running with it! They never fact-check anything! Now he's in the White House. Looking back, instead of hurting the campaign, I think I helped it. And that feels (bad).

Q: I guess I'm curious, if you believed you might be having an unfair impact on the election - especially if that impact went against your own political beliefs - why didn't you stop? Why keep writing?

A: I didn't think it was possible for him to get elected president. I thought I was messing with the campaign, maybe I wasn't messing them up as much as I wanted - but I never thought he'd actually get elected. I didn't even think about it. In hindsight, everyone should've seen this coming - everyone assumed Hillary (Clinton) would just get in. But she didn't, and Trump is president.

Q: Speaking of Clinton - did you target fake news at her supporters? Or Gary Johnson's, for that matter? (Horner's Facebook picture shows him at a rally for Johnson.)

Q: Is that it? You posted on Facebook a couple weeks ago that you had a lot of ideas for satirizing Clinton and other figures, but that "no joke ... in doing this for six years, the people who clicked ads the most, like it's the cure for cancer, is right-wing Republicans." That makes it sound like you've found targeting conservatives is more profitable.

Q: But a Trump presidency is good for you from a business perspective, right?

A: It's great for anybody who does anything with satire - there's nothing you can't write about now that people won't believe. I can write the craziest thing about Trump, and people will believe it. I wrote a lot of crazy anti-Muslim stuff - like about Trump wanting to put badges on Muslims, or not allowing them in the airport, or making them stand in their own line - and people went along with it!

Q: Facebook and Google recently announced that they'd no longer let fake-news sites use their advertising platforms. I know you basically make your living from those services. How worried are you about this?

A: This whole Google AdSense thing is pretty scary. And all this Facebook stuff. I make most of my money from AdSense - like, you wouldn't believe how much money I make from it. Right now I make like $10,000 a month from AdSense.

I know ways of getting hooked up under different names and sites. So probably if they cracked down, I would try different things. I have at least 10 sites right now. If they crack down on a couple, I'll just use others. They could shut down advertising on all my sites, and I think I'd be OK. Plus, Facebook and AdSense make a lot of money from (advertising on fake news sites) for them to just get rid of it. They'd lose a lot of money.

But if it did really go away, that would suck. I don't know what I would do.

Q: Thinking about this less selfishly, though - it might be good if Facebook and Google took action, right? Because the effects you're describing are pretty scary.

A: Yeah, I mean - a lot of the sites people are talking about, they're just total BS sites. There's no creativity or purpose behind them. I'm glad they're getting rid of them. I don't like getting lumped in with Huzlers. I like getting lumped in with the Onion. The stuff I do - I spend more time on it. There's purpose and meaning behind it. I don't just write fake news just to write it.

So, yeah, I see a lot of the sites they're listing, and I'm like - good. There are so many horrible sites out there. I'm glad they're getting rid of those sites.

I just hope they don't get rid of mine, too.