Four Cabinet nominations that could blow up in Donald Trump's face

WASHINGTON - With a 52-to-48 Senate majority next month, Republicans will have power in numbers. But a handful of independent-minded GOP senators could arguably have even more power.

Just three Republicans could derail some of Donald Trump's critical Cabinet-level nominations, which need to be approved by a 51-vote majority of the U.S. Senate. (After Senate Democrats got rid of the filibuster in 2013 for nominations like these, they essentially took away their ability to block Trump's nominations, because a filibuster would have essentially translated into a 60-vote confirmation requirement.)

History suggests it's very rare for senators from the president's own party to block his Cabinet appointments. But it is a possibility for several of Trump's picks.

Here are four of Trump's nominations that could draw support from most Republicans - but resistance from a critical few: 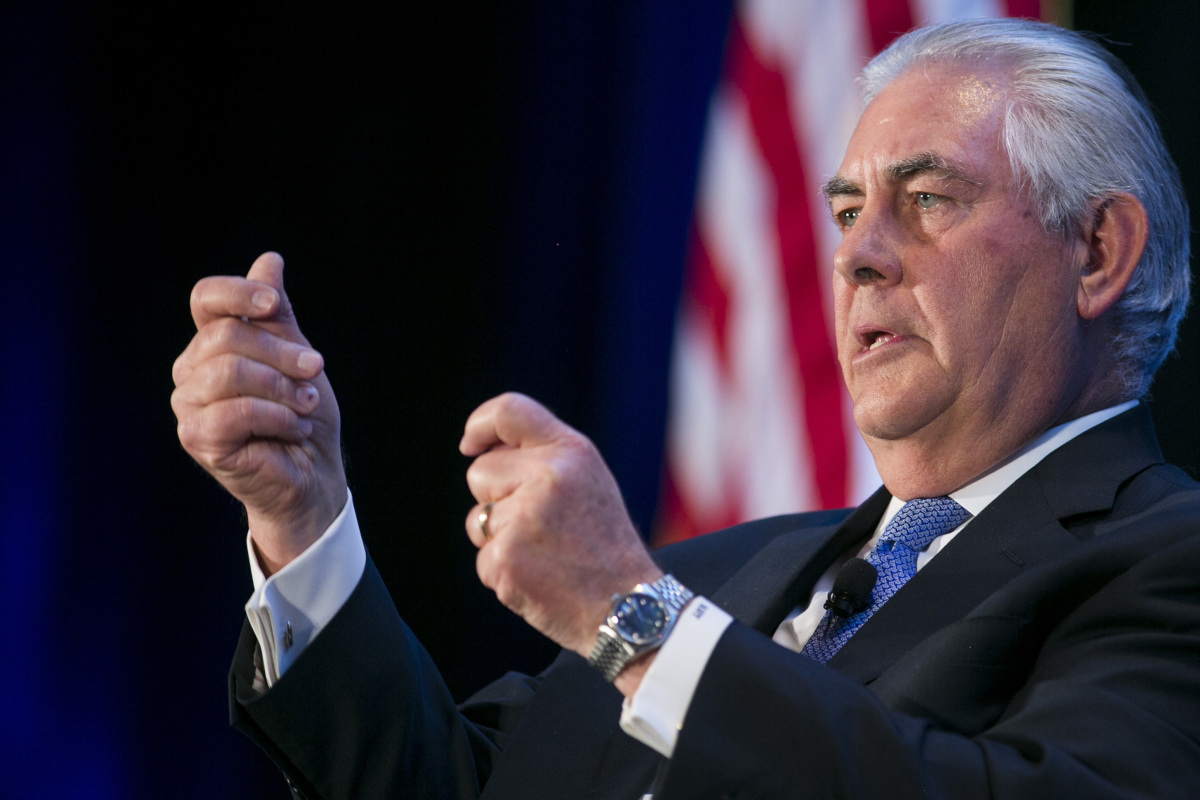 The background: The ExxonMobil chief executive was an unorthodox pick for the nation's top diplomatic job, one that The Washington Post reported came at the last minute via an offhand recommendation from a pair of high-profile former Bush administration officials (whose firm happens to work with ExxonMobil.)

Why it could blow up: Tillerson has extensive business ties to Russia and, specifically, to President Vladimir Putin. The two worked together to seal energy and drilling deals in the face of U.S. sanctions against Russia, and Tillerson even accepted an award from Moscow. German newspaper Suddeutsche Zeitung reported that Tillerson also ran a U.S.-Russian oil firm in the Bahamas, a tax haven (and reminiscent of the offshoring Trump has said he wants to crack down on.)

Watchdogs say it's problematic for any secretary of state to have such close financial and personal ties to any country, but the fact that it's Russia only heightens bipartisan concern in Washington that Trump is too friendly toward a nation that a decisive majority of U.S. political and intelligence leaders believe is more of a foe.

Whom to watch: Being tight with Putin is a red line for some high-profile Senate Republicans, including Marco Rubio, Fla., Jeff Flake, Ariz., and Rand Paul, Ky.They sit on the Senate Foreign Relations Committee, which will vote first on Tillerson. If just one or two vote against the nomination, that would swing the panel against the nod.

Rubio tweeted: Being a "friend of Vladimir" is not an attribute I am hoping for from a #SecretaryOfState - MR

The Post's Paul Kane tweeted: Tillerson has committee vote problem. Rubio, Rand, Flake all on SFRC and it's a 10-9 R/D split. He gets rejected in committee, that's it. https://t.co/7qFx6WRjuO

The background: Trump awarded one of his earliest Capitol Hill supporters with the nation's top law enforcement job. Sessions - a hard-line anti-immigration politician - has been in the Senate for two decades, after a stint as a U.S. attorney for Alabama.

Why his confirmation could blow up: There's precedent. In 1986, Ronald Reagan's administration nominated Sessions to serve as a federal judge, but his nomination ran into trouble when former colleagues accused Sessions of saying racially insensitive things, such as warning a black colleague to be careful about what he said "to white folks."

"I am not a racist," Session declared at the time. But the damage was done: The Republican-controlled Senate panel voted 10 to 8 to block his nomination. At the time, Sessions was only the second nominee in 50 years the Senate denied for a federal judgeship.

Here, too, a nominee's Achilles' heel threatens to make Trump himself more vulnerable; this time, it's criticism that the president-elect has ties to or is at least agreeable to the alt-right community.

Whom to watch: No Republican on the panel that will hold hearings on Sessions's nomination has expressed concern about Sessions (senatorial courtesy tends to come into play in these sorts of situations.) And if all Republicans hold together, a unified Democratic caucus wouldn't be able to stop Sessions.

But as Sessions learned all too well 30 years ago, events can change suddenly. Keep an eye on Sen. Chuck Grassley, R-Iowa, chairman of the Senate Judiciary Committee, for indication of any potential Republican mood swings.

Sessions appears to understand how quickly things can turn. Politico reports he's trying to do damage control from that hearing 30 years ago: "[T]he senator, in a lengthy nominee questionnaire delivered this month, practically depicts himself as a civil rights hero."

The background: Like Trump, the former Goldman Sachs executive and finance director of Trump's campaign has no former experience in government. Since leaving Wall Street, Mnuchin (pronounced mah-NEW-chin) has been a big-money backer of some Hollywood extravaganzas, including "Suicide Squad."

Why his confirmation hearing could blow up: Wall Street. Specifically, his investment in a bank, then called IndyMac, that foreclosed on about 36,000 California homeowners during the housing crisis (despite receiving about $900 million in federal bailout money) and that has been accused of discrimination.

If Democrats want to make an example out of anyone in Trump's wealthy, Wall Street-heavy Cabinet lineup, Mnuchin's nomination could be the best option. After all, his job would be to manage the nation's finances in part by overseeing Wall Street.

Who to watch: So far, the Republicans we've heard talk about Mnuchin - notably, Sen. Orrin Hatch, Utah, the chairman of the Senate Finance Committee, which will review his nomination - have praised him.

But if Sens. Elizabeth Warren, D-Mass., Bernie Sanders, I-Vt., and Jeff Merkley, D-Ore., have their way, the GOP will be put on defense about Mnuchin's background. They have set up a website encouraging California residents to "share their personal stories of being impacted by the 'Foreclosure King' Steve Mnuchin," and it's a safe bet that Democrats will be reading some of those stories at Mnuchin's hearing.

Interestingly, the Republican Party's official biography for Mnuchin - which noted his Tinseltown success, listing highlights of the successful action-heavy lineup from "RatPac-Dune Entertainment" - left out most of his Wall Street ties, including any mention of his top perch at Goldman Sachs. 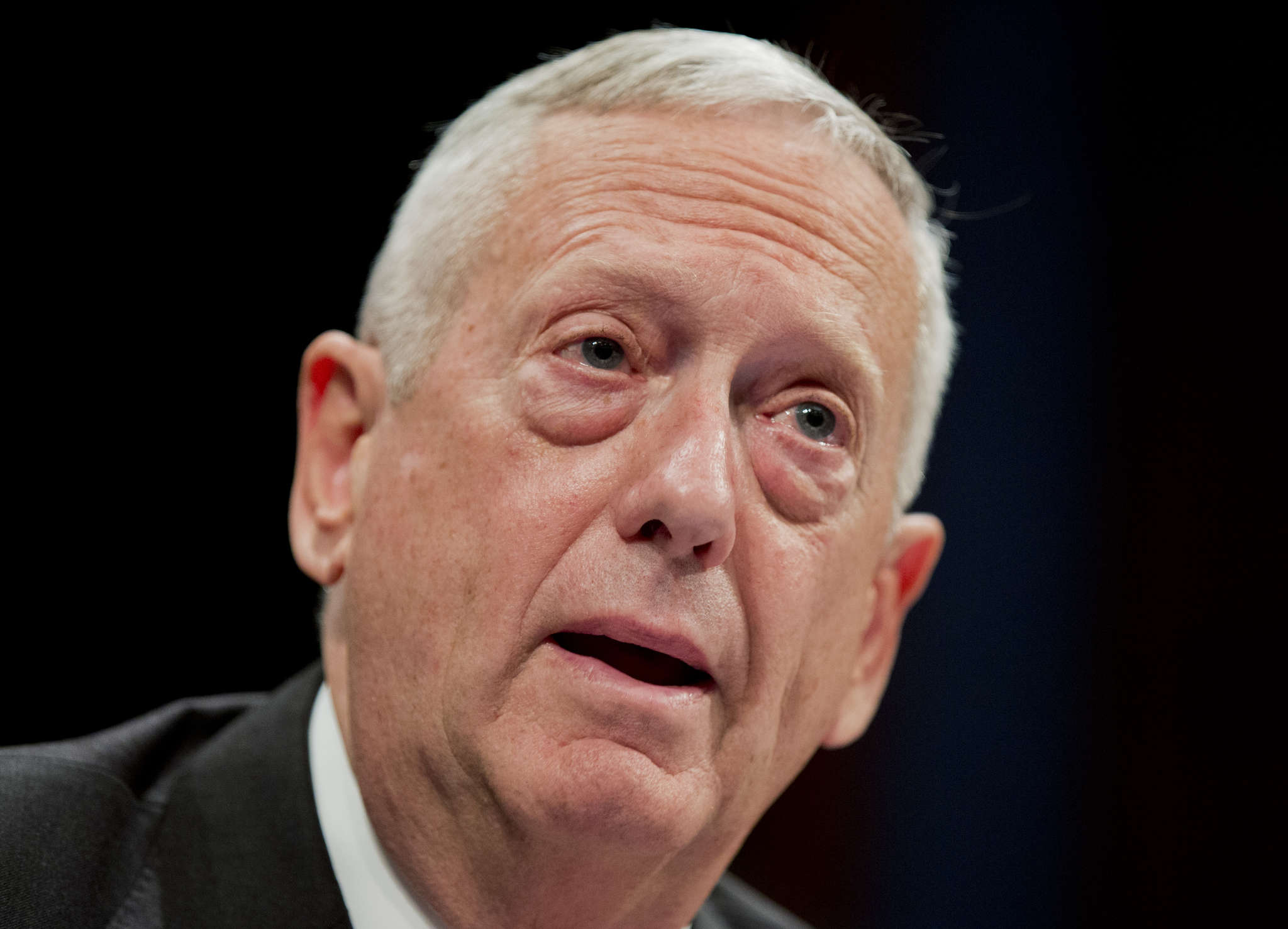 The background: In the Marines, retired Gen. James Mattis is a legend. His gritty, no-nonsense, hard-charging style earned him the battlefield nickname "Mad Dog," a high compliment in Marine culture and one that Trump apparently appreciates.

Trump tweeted: General James "Mad Dog" Mattis, who is being considered for Secretary of Defense, was very impressive yesterday. A true General's General!

How the confirmation hearing could blow up: Well, it's not even legal right now for Mattis to take the job. Congress has a 65-year-old law that defense secretaries can't have been on active duty in the previous seven years, a somewhat symbolic reminder from our government that the military serves to help civilians. Mattis retired in 2013.

That means both chambers of Congress must pass a law allowing a waiver for Mattis, then he has to be confirmed by the Senate.

Whom to watch: So far, Mattis has received praise from key GOP Senate leaders, including John McCain, Ariz., the chairman of the Armed Services Committee, which will review Mattis's nomination.

But there is scattered opposition. Sen. Kirsten Gillibrand, D-N.Y., said she'd oppose a waiver for Mattis on principle: "Civilian control of our military is a fundamental principle of American democracy, and I will not vote for an exception to this rule."

For now, it seems as if Gillibrand is in the minority on the Hill (in more ways than one.) But relying on Congress for any special favor is far from a fool-proof plan.