New Jersey's 2017 primary election will be held on Tuesday, June 6. Here's what you need to know about the races, candidates and getting to the polls.

Voters must be registered with a party to vote on primary day. In New Jersey, unaffiliated voters can declare Republican or Democrat on election day and vote in that party's primary.

The gubernatorial race is at the top of the ballot in New Jersey. New Jersey and Virginia are the only two states with statewide elections this year, so the races are being closely watched nationally as barometers of the impact of the Trump presidency and the strength of an anti-establishment wave. The candidates are seeking to succeed two-term Gov. Chris Christie, who concludes his tenure deeply unpopular in the wake of the George Washington Bridge lane closures scandal, his ties to President Trump and his own presidential campaign.

A crowded field is vying to replace Christie. Four Democrats and two Republicans have polled highly enough to be invited to their party's primary debates. Read more here about the candidates and how they compare on the issues.

The leading Democratic candidates are:

Two other Democrats have entered the race but did not garner enough support for debate invitations. They are Mark Zinna, a councilman in Tenafly, and Bill Brennan, a political activist and former firefighter who filed a citizen's complaint against Christie, alleging official misconduct in the Bridgegate scheme.

Read more about the Democratic primary:

The two leading Republican candidates invited to debates are: 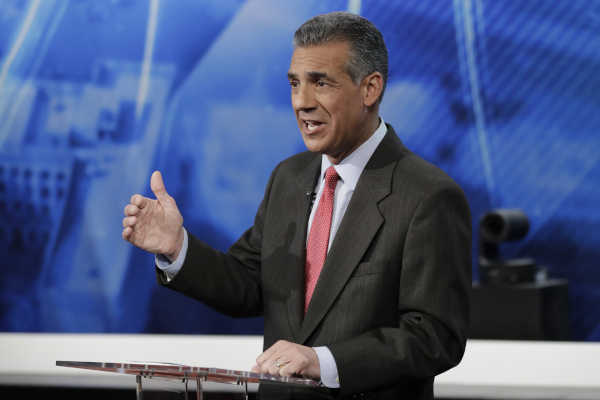 Three other GOP candidates are on the ballot but did not poll highly enough to get debate invitations. They are businessman Joseph Rudy Rullo, Nutley Township Commissioner Steve Rogers, and Hirsh Singh, an executive and engineer in the aerospace and defense industry.

Read more about the GOP primary:

The two primary winners will go on to face each other in the November general election.

Read more about the race for governor:

All 40 seats in New Jersey's State Senate are up for election. There are eight contested primaries this year, three on the Democratic side and five among Republicans.

In South Jersey, the candidates running unopposed in their primaries, who will face each other in the November general election, are:

Voters will also choose their party's nominees in the General Assembly, where all 80 seats – two in each of the 40 legislative districts – are on the ballot. Overall, there are 17 contested General Assembly races, 11 in Democratic primaries and six on the Republican side.

Locally contested primaries for the General Assembly are:

The South Jersey candidates who are uncontested in their primaries and will go on to the general election are:

Read more about the legislative races:

A variety of county and municipal races are also on the ballot. Voters will make their primary choices for positions that include county freeholders, mayors, city councils and township committees. Many primary races are uncontested and dominated by incumbents, but challengers have emerged in a handful of contests.

Sample ballots and full lists of races and candidates for South Jersey counties are available here:

In Camden, Mayor Dana Redd is not seeking a third term. Council President Francisco "Frank" Moran is the heavy favorite in the Democratic primary and seen as Redd's hand-picked successor. He faces primary challenges, however, from Raymond Lamboy, the chief executive of the Latin American Economic Development Association, and Theo Spencer, a businessman and former Board of Education member. No one filed to run as a Republican, leaving the Democratic winner poised for victory in November.

And in a handful of smaller South Jersey communities, party regulars and incumbents face challenges from newcomers. Read more about local races:

These are the candidates the Inquirer recommends:

Governor (Democrat): Phil Murphy
"He understands the issues, has a wealth of executive experience, and offers practical solutions to problems that should never have been allowed to fester this long."

Governor (Republican): Jack Ciattarelli
"An assemblyman since 2011, the former Somerset County freeholder and Raritan Borough councilman has learned the nuances of bipartisan compromise. As a certified public accountant, Ciattarelli understands the math behind the state's biggest problem: its finances."