But prosecutors have increasingly won election on just such promises of reform across the country in the last couple of years, thanks to a political sea change in voter attitudes toward crime and justice — and big infusions of outside cash from liberal billionaire George Soros.

The hedge-fund tycoon has spent about $10 million since 2015 to back progressive candidates for prosecutor in places as diverse as Chicago, Orlando, Houston, and Shreveport, La., through a network of affiliated super PACs, according to campaign-finance reports.

"Mr. Soros has been a longtime advocate of criminal justice reform and ending mass incarceration," his spokesman, Michael Vachon, said last week. "District attorneys have a tremendous amount of influence and leverage as change agents."

Philadelphia Justice and Safety spent $1.6 million in Soros' money pushing Krasner in the last three weeks of the campaign. A 2010 U.S. Supreme Court ruling allows independent expenditure groups to raise and spend unlimited amounts if they do not coordinate with candidates or their campaigns. 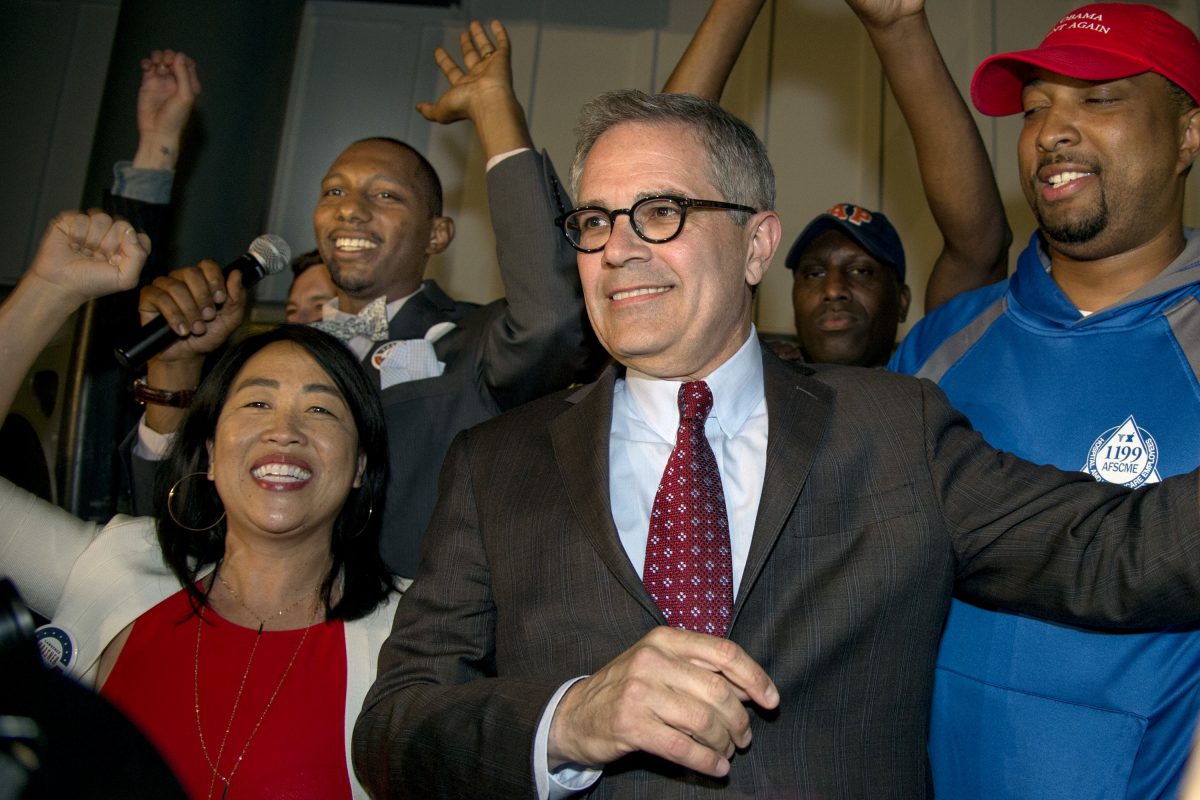 Big money can have an outsize impact in local down-ballot races for DA, which have tended to be low-key affairs despite the impact the office has on a community, political strategists say.

Soros' efforts, along with some allied labor unions, and racial-justice and progressive organizations, have supercharged campaigns for prosecutor in at least 16 jurisdictions over the last year. The activists are capitalizing on what polls show is increasing skepticism of the death penalty and mandatory minimum prison sentences, as well as outrage over police shootings of unarmed black people.

"The U.S. has the highest rate of incarceration in the world, and people are turning against that chest-beating mentality on crime, and the policies built during the war on drugs," said Joe Dinkin, national spokesman for the Working Families Party, a leftist group that nominates political candidates in states where it has ballot access. "Voters increasingly see the system as expensive, punitive, and a failure."

The Pennsylvania chapter of WFP was with Krasner from the start, before the Soros PAC's independent spending. Dinkin said the group helped Krasner with strategy and organizing, and knocked on 70,000 doors for the Democrat in the last three weeks of the race.

A coalition of liberal groups also got behind Aramis Ayala of Orlando last year, when she knocked off the incumbent state attorney for Orange and Osceola Counties as a reform candidate, stressing, in particular, the need to stop arresting large numbers of juvenile offenders. It did not hurt, of course, that the Florida version of the Justice and Safety political action committee dropped $1.4 million for TV ads in the final weeks of the campaign.

Jeff Ashton, the incumbent, said the money was a "hostile takeover of the criminal-justice system" by Soros. He could not compete.

Stephanie Porta, executive director of Organize Florida, said Ayala's victory was the result of "a lot of pieces coming together," including a broad desire among voters for change. But she acknowledged that the late money, along with smaller independent expenditures by her group and others, such as Color for Change, played a role.

"It really let people know there was an alternative candidate," Porta said. "Most people don't focus as much on down-ballot races. Aramis was able to cut through the noise."

When she took office earlier this year, Ayala announced a moratorium on seeking the death penalty. Florida Gov. Rick Scott, a Republican, transferred the upcoming trial of a man accused of killing his pregnant ex-girlfriend and a police officer to another state attorney's jurisdiction, prompting an uproar and a legal battle. Ayala had not explicitly campaigned against the death penalty, leading some to claim she misled voters. She did, however, say before the election that she was skeptical about the effectiveness of the penalty.

Overall in 2016, Soros spent money in 15 races around the country and his favored candidate won 12 of them. In Arizona, $2 million went to defeat county Sheriff Joe Arpaio, the tough-talking lawman famous for harsh tactics against illegal immigrants and for running an austere jail.

Democratic strategist Ken Snyder worked in the Philadelphia primary for former prosecutor Joe Khan, also a candidate promising criminal-justice reform, and he believes now that the Soros money was insurmountable. "It was like a python. It just suffocated the field," Snyder said, adding that the other campaigns didn't have as much flexibility the waged by Krasner, who knew he was getting air support and could concentrate resources elsewhere.

Joshua Marquis, an Oregon district attorney active in the national association of county prosecutors, said that big outside money drowns out other voices and risks politicizing an office that, while elected, needs to be apolitical in the administration of justice.

"No doubt he's sincere and believes he's doing God's work or some close equivalent, but Soros scares the hell out of me in the same way the Koch brothers scare me," said Marquis, a Democrat who supports the death penalty but has rarely sought it. "Anytime you get that much money coming in from people with no community ties, it distorts democracy."

But Dinkin, of the Working Families Party, said the money was not determinative. "The independent spending only amplified Krasner's platform," he said. "If his vision of transforming the criminal justice system wasn't resonating with voters, it wouldn't have mattered."

Sometimes, outside events drive a campaign and not outside spending, as Snyder discovered in the Cook County, Ill., Democratic primary last year.

Kim Foxx, an African American challenger who talked about cracking down on police abuses and diverting low-level drug offenders into treatment, knocked out two-term incumbent Anita Alvarez amid the furor over the 2014 officer-involved shooting of a black teenager, Laquan McDonald.

Alvarez decided not to prosecute the officers involved, and then a graphic video showing the killing — McDonald was shot 16 times as he walked along a street — was released late in 2015, just months before the vote.

"Anita got the blame, and she just went into freefall," said Snyder, who is based in Chicago and worked for Alvarez.

Another Soros PAC, Illinois Justice and Safety, spent $333,000 on behalf of Foxx, but the two candidates were evenly matched in spending. "There are events beyond your control," Snyder said.