A quick look at the weekend includes predicted postgame headlines and a Moses sighting.

The most troublesome story line for the Eagles is their depleted secondary going up against Drew Brees, who last year set the NFL's single-season completion record at 72.0 percent. This year, he's even better at 77.0. The guy doesn't need much of a window. Often overlooked, though, is that the Saints are second in the league in rushing attempts and their 17 rushing TDs are tops. Saints running back Alvin Kamara has 28 touchdowns in 25 career games. New Orleans has won eight in a row. This will be Carson Wentz's fourth start in a dome. He's 1-1 at Dallas (roof was closed each time) and lost in Detroit in 2016. In four games against New Orleans while he was with Detroit, Golden Tate had 31 catches for 440 yards and 5 TDs. Line: Saints by 8.5.

Postgame headline: See, this (4-6 record) is why you don't write a book after coaching just two years

The Cowboys are 0-3 against the Falcons under Jason Garrett, including a 20-point loss in Atlanta last season. The Falcons were gashed by Cleveland's Nick Chubb last week (176 yards) after giving up just 43 yards to Saquon Barkley and 17 to Adrian Peterson over their previous two games. So how well Ezekiel Elliott does is anybody's guess. Atlanta is converting 51.3 percent of third downs, second only to Indianapolis, and still has a losing record. Tells you how miserable the Falcons' depleted defense has been. Line: Falcons by 3.

Postgame headline: Dallas finally gets to play on a Super Bowl field

Wish CBS3 would give us this game instead of Pittsburgh-Jacksonville.  Tired of the Jags. Redskins safety D.J. Swearinger was cut by Houston coach Bill O'Brien during O'Brien's first season with the Texans. Swearinger, as the kids would say, roasted O'Brien on Instagram this past week. Houston star wide receiver DeAndre Hopkins had 5-53-0 in his only career game against Washington cornerback Josh Norman's team (Carolina, 2015). Line: Texans by 3.

Postgame headline: Injuries on O-line finally catch up to Redskins

This could be the week the Steelers settle some family business. The Le'Veon Bell saga ended on Tuesday, and on Sunday they can avenge their stunning playoff upset by the Jags. Now that Bell definitely is not playing this season, fantasy owners of James Conner might consider picking up backup Stevan Ridley as insurance. Conner was in concussion protocol after last week's emphatic win, but he is expected to play. Ridley would be the next man up. Line: Steelers by 5.5.

Postgame headline: Steelers do to Jags in rematch what Michigan did to Villanova three days earlier

Jason Pierre-Paul, who played eight seasons for the Giants, said he's been looking forward to this game all season. Oh, so he's the one. Pierre-Paul, 29, was traded to the Bucs in March. He has eight sacks. The Giants team has 10. Tampa Bay has lost three in a row and six of seven. Bucs coach Dirk Koetter is sticking with Ryan Fitzpatrick at quarterback. If Jameis Winston plays and gets hurt, Tampa would be obligated to pay him nearly $21 million next season. Line: Giants by 1.5.

The Bengals defense has given up an 500 yards of offense in three consecutive games, unprecedented in the Super Bowl era. So they whacked coordinator Teryl Austin. If this Ravens offense, especially if Joe Flacco (hip) can't play, hangs half-a-grand, then the Bengals are really in trouble. Robert Griffin III took all the snaps at practice Thursday because second-stringer Lamar Jackson was ill. Despite the problems on defense, Cincy still holds the final playoff spot. Nice league. Line: Ravens by 4 (tentative).

How's the Panthers defense feeling after giving up 52 to the Steelers in Week 10? "I'm a competitor," linebacker Thomas Davis said, "and I want to get that taste out of my mouth." The Panthers are just 1-3 on the road and would be winless if not for an epic collapse by the Eagles in Week 7. Opposing quarterbacks have a 116.8 passer rating against the Lions. Line: Panthers by 4.

Postgame headline: Matt Patricia's beard is gonna start to look like Charlton Heston's at the end of "The Ten Commandments" 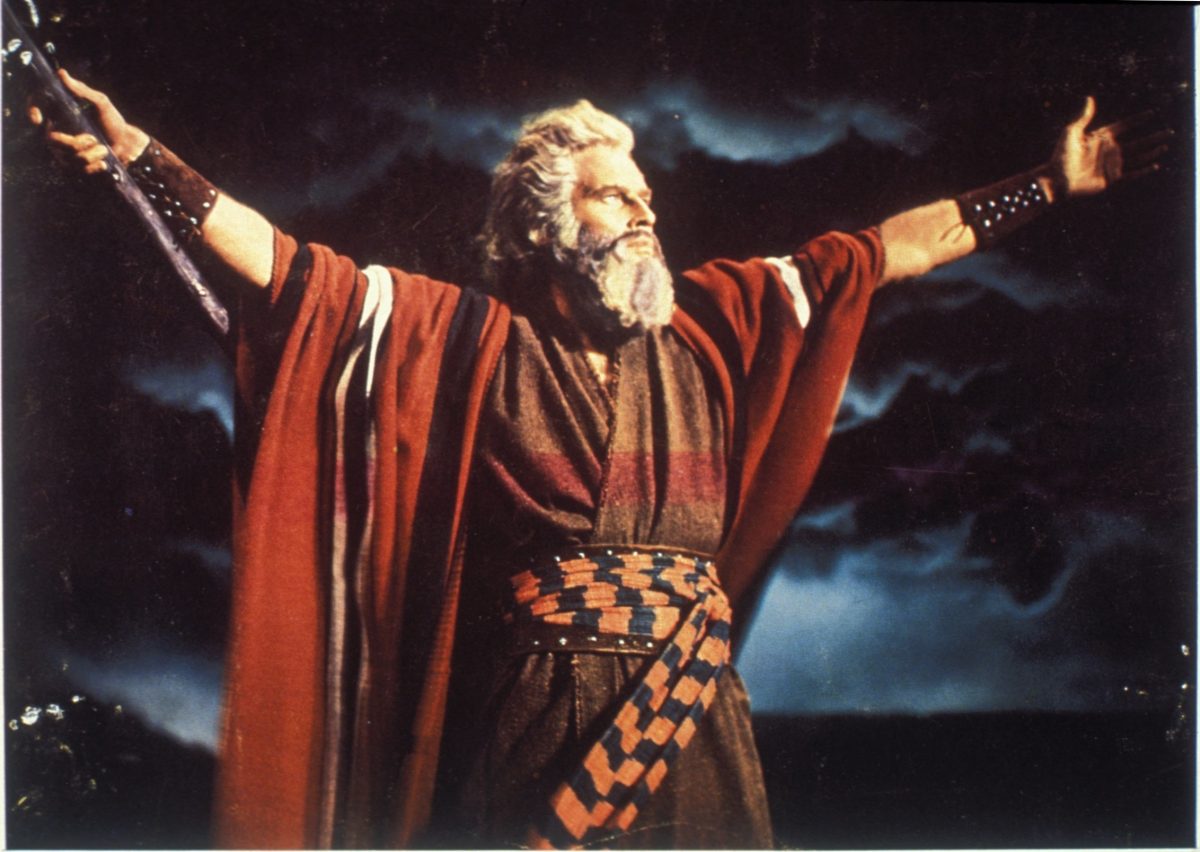 This guy is not the Lions coach. 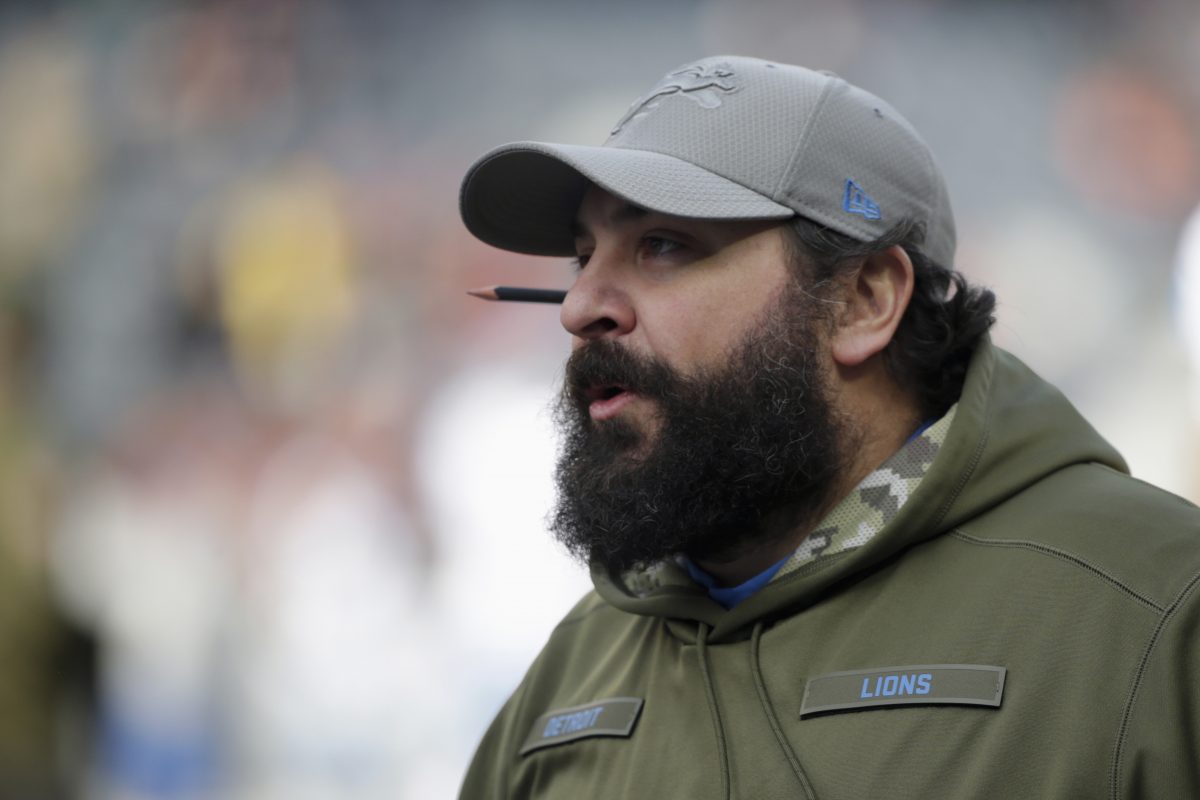 Andrew Luck has thrown at least three touchdown passes in six consecutive games, third-longest single-season streak in league history. Luck has mediocre numbers against the Titans (15 TDs, eight picks in nine games) except where it counts the most. The Titans are coming off an impressive win over the Patriots. The AFC South has become a pretty competitive division despite Jacksonville's struggles. Line: Colts by 2.

Von Miller, who has sacked Philip Rivers more than any other quarterback in his Hall of Fame career, says this is "the best Chargers team that I have played in my career." Miller, in his eighth season, never cared for Rivers much until they hung out a few times during Pro Bowl appearances. Broncos rookie Bradley Chubb has 6.5 sacks over his last four games. Rivers, who has at least two TD passes in nine straight games, has 21 for the season and just four picks. He's dramatically cut down his interceptions over the last two years. Chargers defensive lineman Joey Bosa (foot) is close to making his season debut. The Chargers have 15 sacks in the last four games without him. Line: Chargers by 7.

Postgame headline: Chargers make it seven in a row, could use another L.A. win on Monday night

Cardinals coach Steve Wilks tried to motivate his team with an old tactic: "I told the guys this morning that you can throw the [Raiders'] record out the window." The way Arizona's season is going, they'd probably get a $50 fine for littering. The Cardinals were not blown out by the Chiefs last week as running back David Johnson had his best game of the season (183 scrimmage yards, two TDs) under new offensive coordinator Byron Leftwich. The Raiders traded wide receiver Amari Cooper at the deadline and lost Martavis Bryant last week (knee), and Jordy Nelson (also knee) is questionable. Line: Cardinals by 5.

Postgame headline: Anybody got a number for Tim Brown?

The Bears have won three in a row and their defense is fourth in points allowed. The Vikings have won four of five with a defense that is fifth in scoring. "TV-wise, it's probably boring, you know?" Minnesota defensive tackle Sheldon Richardson predicted. "Guys don't want to sit there and watch an 8-7 game, but those games are fun for us." Not what NBC wanted to hear. The network flexed out Steelers-Jags for Vikings-Bears. Line: Bears by 3.

Postgame headline: Every time Cody Parkey hits a goalpost, an angel gets its wings

Poor field conditions — and a serious threat from the players — caused the game to be moved from Mexico City to Los Angeles. This is the fourth game since 1970 between teams that are 9-1 or better through 10 games. The over/under is 63.5, the highest in Vegas' recorded history. K.C.'s Patrick Mahomes leads the league with 31 touchdown passes and is looking for his fifth game in a row with 300-plus yards passing. Rams running back Todd Gurley has scored at least one touchdown in 13 consecutive games. Only Lenny Moore (18), LaDainian Tomlinson (18), and O.J. Simpson (14) have longer streaks in NFL history. Line: Rams by 3.5.

Postgame headline: Odds were about even on the president tweeting something inappropriate about Mexico during the game

The Associated Press contributed to this report.

Note: The Ravens-Bengals line is tentative because of Joe Flacco's hip injury.

Ed Barkowitz
General assignment sports writer who always hits on 16 when the dealer has a 10.