The remarks come response to a letter last month by State Sen. Larry Farnese in which the lawmaker called for a public vetting process before the sale to the Durst Organization of New York.

The Delaware River Waterfront Corp. is vowing that a riverside property that was a shipyard during William Penn’s time won’t be sold until its would-be buyer, the Durst Organization of New York, publicly shares its plans to protect and showcase the site’s buried archaeological treasures.

DRWC president Joe Forkin said Tuesday that “there will be a robust public process” involving community outreach and on-site educational programs before the sale of the so-called Vine Street Lot, between Vine and Callowhill Streets on North Christopher Columbus Boulevard, to Durst, which is under contract to acquire the land.

Forkin’s remarks were in response to a letter last month by State Sen. Larry Farnese (D., Phila.) in which the lawmaker called for a public vetting process before the sale to Durst, one of New York’s most established real estate companies, is completed. Farnese wrote his letter after members of the nonprofit West Shipyard Preservation Trust, which has long sought to have the site made into a historic attraction, asked him to intervene.

The property is directly across the street from the assemblage of piers — the sites of waterfront restaurants including Dave & Buster’s and Morgan’s Pier — that were acquired last year by Durst.

“DRWC looks forward to working with Durst and the public throughout this process,” said Forkin, whose group oversees development along central Philadelphia’s Delaware River waterfront. The public-engagement process will begin before Durst closes on the property and will continue as development progresses, he said.

At issue is the future of a property that entombs intact structures from its time as a shipyard starting in the late 17th century, including a slipway that was thought by archaeologists in a 1987 dig to be the only example of its kind on the East Coast.

The West Shipyard — named for founder James West — was later buried beneath landfill piled along the banks of the Delaware River as part of mid-19th-century land reclamation work aimed at enlarging the city’s wharves to support larger-scale port operations, according to West Shipyard Preservation Trust vice president John Scorsone.

Thanks to a train yard built at the site during this period, the port structures that lay underground remained undisturbed, even as much of the surrounding area was excavated over the next century for big infrastructure projects, such as the Benjamin Franklin Bridge and I-95, Scorsone said.

Last month, Durst and the DRWC announced that the New York company had been selected to acquire the property, which is now used for parking after years as a Hertz Corp. auto rental lot, following a July 2018 open call for development proposals.

In a news release announcing the deal, Durst said it would work with an archaeological team from the engineering firm AECOM to design a project that is “considerate of the archaeologically significant West Shipyard." It also said the project would connect with the nearby Wood Street Steps, the only surviving example of 10 passageways to the waterfront commissioned by William Penn in the early 1700s.

But West Shipyard Preservation Trust members, who had hoped to one day see the property redeveloped into an attraction akin to the Franklin Court historical site in Philadelphia’s Old City neighborhood, have said that they are skeptical of the developers’ and DRWC’s commitment. 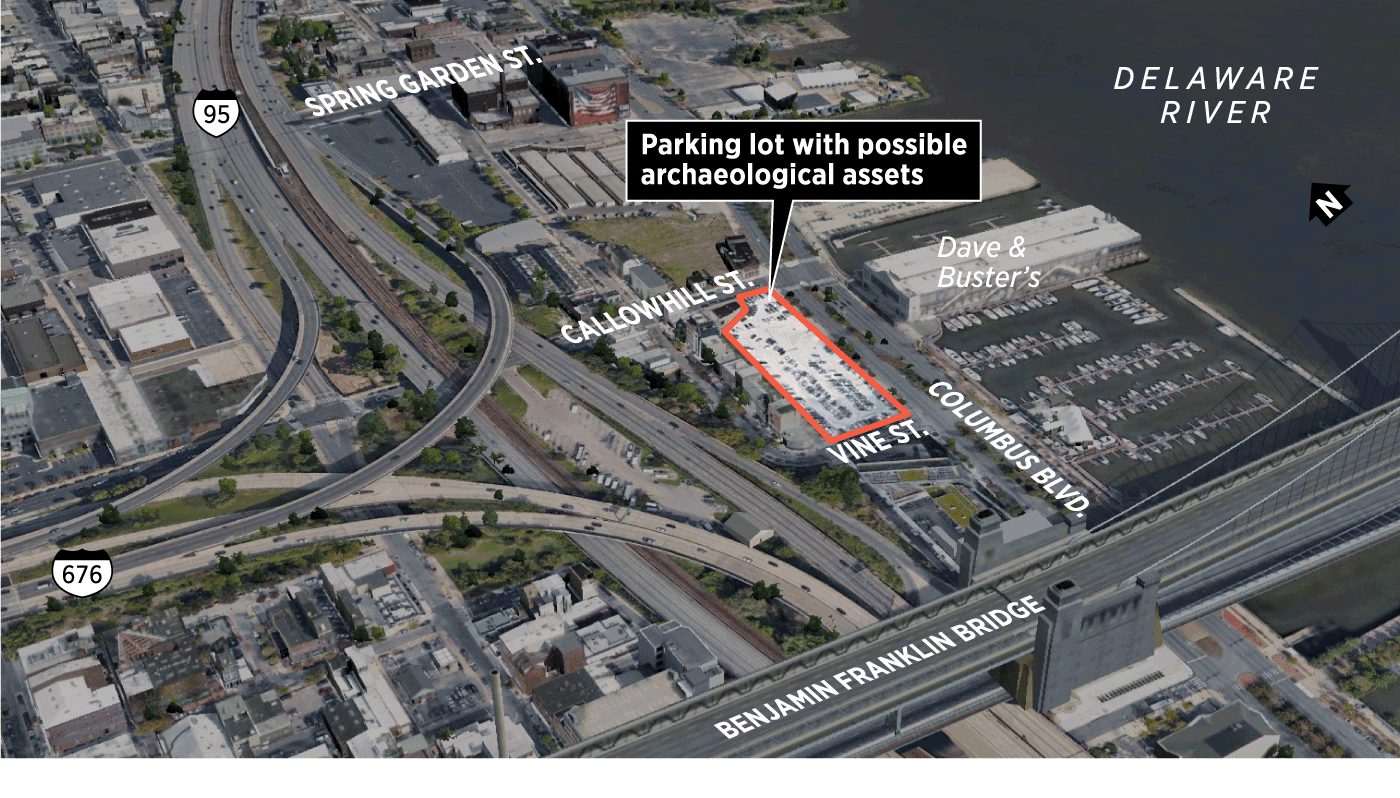 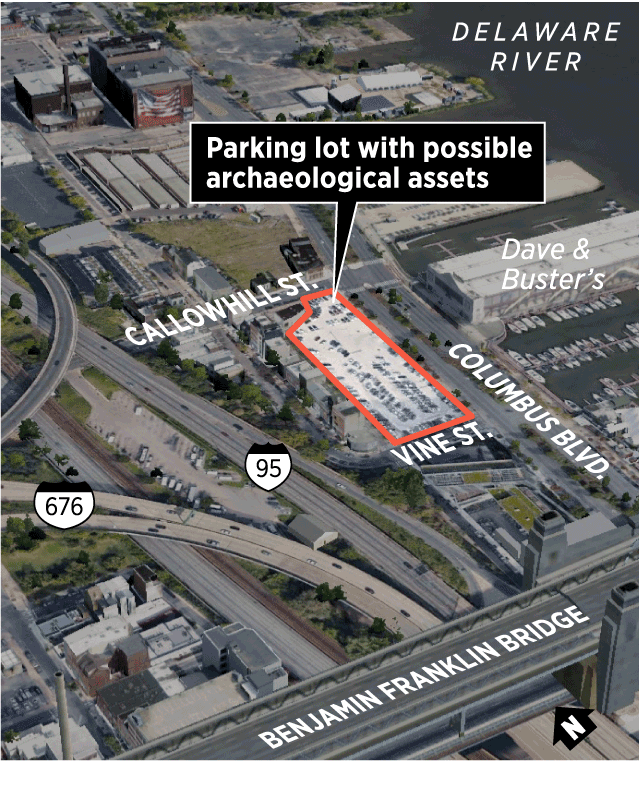 Scorsone said he had been assured by DRWC that his group would have a chance to discuss archaeological preservation plans in a public forum before any development agreements were struck and that members were blindsided by the announcement last month that Durst was already under contract for the land.

“Once it gets into private hands, there’s very little the public can do,” said Scorsone, who also represents the so-called Rivers Edge community surrounding the Vine Street Lot on the Central Delaware Advocacy Group, a coalition of river-adjacent neighborhood organizations.

After being contacted by the preservation group, Sen. Farnese wrote to DRWC chairman Alan Hoffman to ask that the city-government-affiliated nonprofit "not enter into a final agreement of sale to transfer this site without a public process that would ensure a favorable outcome for the site.”

Hugh Baird, a spokesman for Senate Democrats, said in an email Tuesday that Farnese has since received assurances from the DRWC that experts have been hired to ensure that historical assets are preserved and that public input would be sought during development.

Durst spokesman Anthony Campisi said in an email that AECOM is already working with the Philadelphia Historical Commission on an archaeological study of the site, with plans to dig five test trenches at the property to offer an early peek underground.

“This excavation will engender a plan that is sensitive to the site’s historic heritage and provides a wealth of new information for historical researchers,” Campisi said. “We are planning public presentations of our scope and findings as well as community site visits [before the deal closes] to educate the public and inform the development process.”

But Scorsone said such assurances — which have not been related directly to the preservation group — don’t lessen members’ concerns about DRWC’s actions.

“We are against them even entering into an agreement of sale for this property without first having a public process set up to determine if such a sale should even be considered,” he said.