N.J. again cracking down on distracted driving. In Pa., not so much.

As police officers and advocates nationwide mobilize for Distracted Driving Awareness Month, Pennsylvania and New Jersey are responding differently to the dangerous habit blamed for thousands of deaths and injuries each year.

This month, as police officers and advocates nationwide aim to spread awareness about distracted driving, New Jersey is in the midst of an annual three-week police crackdown, while Pennsylvania is reporting a 5 percent drop in tickets for distracted driving for 2018.

The states have responded differently to the dangerous habit blamed for thousands of deaths and injuries each year: The Garden State’s anti-texting blitz netted 28,000 cell-phone-using drivers in April 2017 and 2018 — which is triple the number of total distracted-driving citations written in Pennsylvania in those entire two years.

“Actions such as talking on a cell phone without a hands-free device and texting while driving substantially increase one’s probability of being involved in a crash,” said New Jersey State Police Col. Patrick Callahan.

Distracted driving caused 3,000 deaths in 2017, according to the most recent federal data, and was cited as a factor in tens of thousands of crashes. Sixteen states and D.C. have banned handheld phone use, including New Jersey. Almost all states have no-texting laws for all drivers, according to the National Conference of State Legislatures. 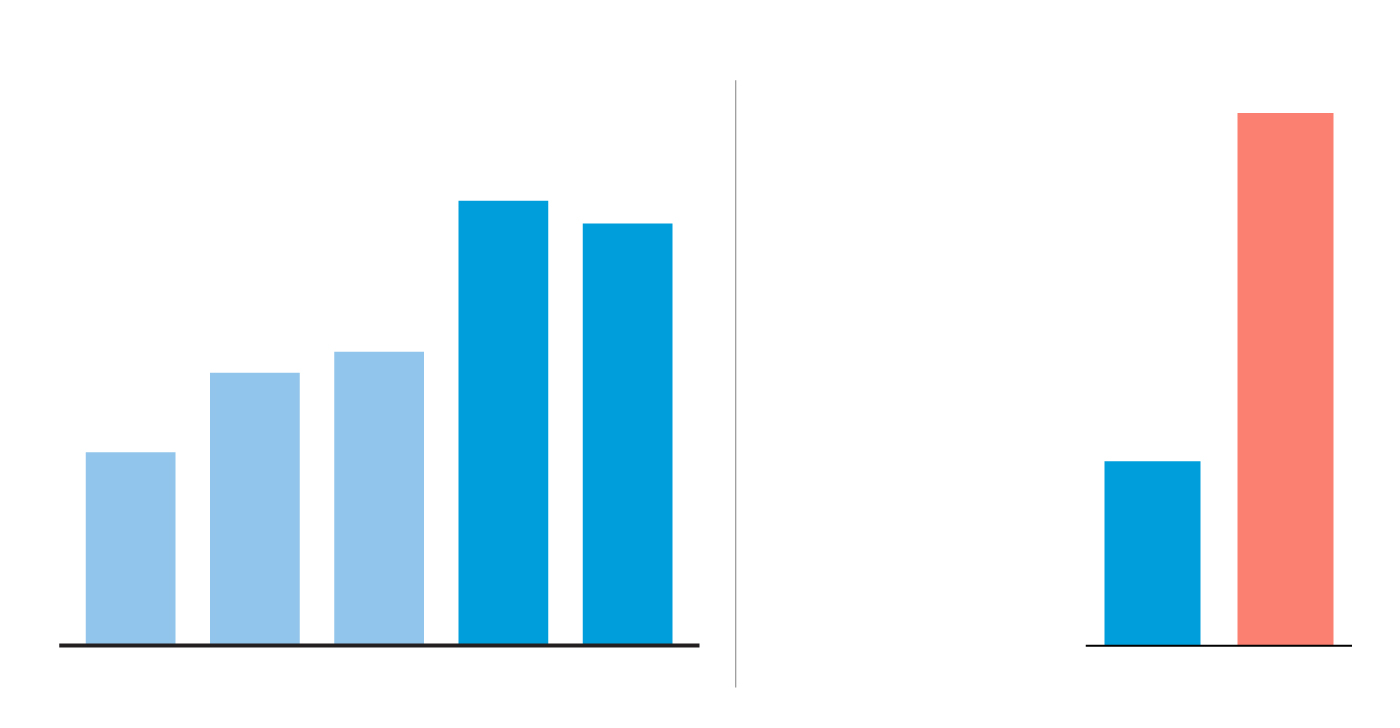 ... but that figure pales in comparison to the number of cell phone or texting citations written in New Jersey in two three-week crackdowns conducted in April 2017 and April 2018.

... but that figure pales in comparison to the number of cell phone or texting citations written in New Jersey in two three-week crackdowns conducted in April 2017 and April 2018.

New Jersey is one of four states — along with Connecticut, Maine, and Oregon — to receive federal grant money to combat distracted driving. Local and state police are setting up distracted-driving checkpoints, putting additional officers on the road, and other initiatives during a three-week initiative called U Drive. U Text. U Pay.

In Pennsylvania, texting and driving is commonplace on the roads, but not in the state’s ticketing logs. Last year, 4,793 citations — or about 13 a day — were given out statewide, according to data released last Monday by the Administrative Office of Pennsylvania Courts. That’s in a state with nine million licensed drivers, plus countless out-of-state motorists who use its roads. (The term “distracted driving” can refer to any type of distraction, not just phone use, but Pennsylvania’s numbers counted only citations for texting and headphone use.)

Still, the numbers of citations have more than doubled in the last five years; that’s because just 2,195 were written in 2014. Ticketing rose steadily until last year’s drop.

Pennsylvania State Police spokesperson Ryan Tarkowski said the new data showed a “positive trend.” About half of all distracted-driving tickets in Pennsylvania were written by state police, who focus on educating drivers in addition to enforcement, he said.

“Our guys would much rather not have people drive distracted and drive safely than ever write any kind of citation,” he said.

Police say the law’s provisions make it easy for people to get out of tickets, The Inquirer reported last year, because it prohibits only text-message-related activities — not other uses of the phone. And many drivers drop their phones if they notice a police car, making it hard for cops to prove that someone was texting.

Lawmakers in Pennsylvania have not advanced legislation requiring the use of hands-free devices in the car. Advocates and researchers have tried to find other ways to tackle the problem, even inventing apps to help people stay off the phone while driving.

PennDot and the state police both address distracted driving in initiatives and social media year-round, representatives said, but neither agency has plans to bolster the texting-specific campaigns.

“I can say that the law in Pennsylvania is clear,” he said. “If a police officer or a trooper sees you texting, you can get pulled over and get a ticket.”

Discouraging distracted driving is “embedded in everything we do,” said Robyn Briggs, a PennDot spokesperson. She said officials hope that knowing there’s an increased police presence during the aggressive driving initiative will encourage drivers to slow down and put down their phones.

“Distracted driving’s a big one. People aren’t paying attention. They’re on their phones, they’re looking down, they’re not looking at the road,” Briggs said. “We on the safety side here look at it as a top priority.”