Philadelphia City Council on Thursday approved a $5 billion spending plan for fiscal year 2020, an increase of $300 million from the current budget that officials said was necessary to cover spiking salary and benefits costs, as well as bolster antipoverty initiatives.

The hike means that the city’s general fund budget has grown by $1 billion, or 25 percent, since Mayor Jim Kenney took office in 2016.

The Kenney administration and several Council members defend the growth in spending, saying many of the increases are simply restorations of cuts made during the recession. Fixed costs such as pensions and health care have also gone up, together by nearly $200 million. Payroll has increased by more than $250 million, in part due to raises negotiated with labor unions. And Kenney has increased the city’s contribution to the School District by $122 million. 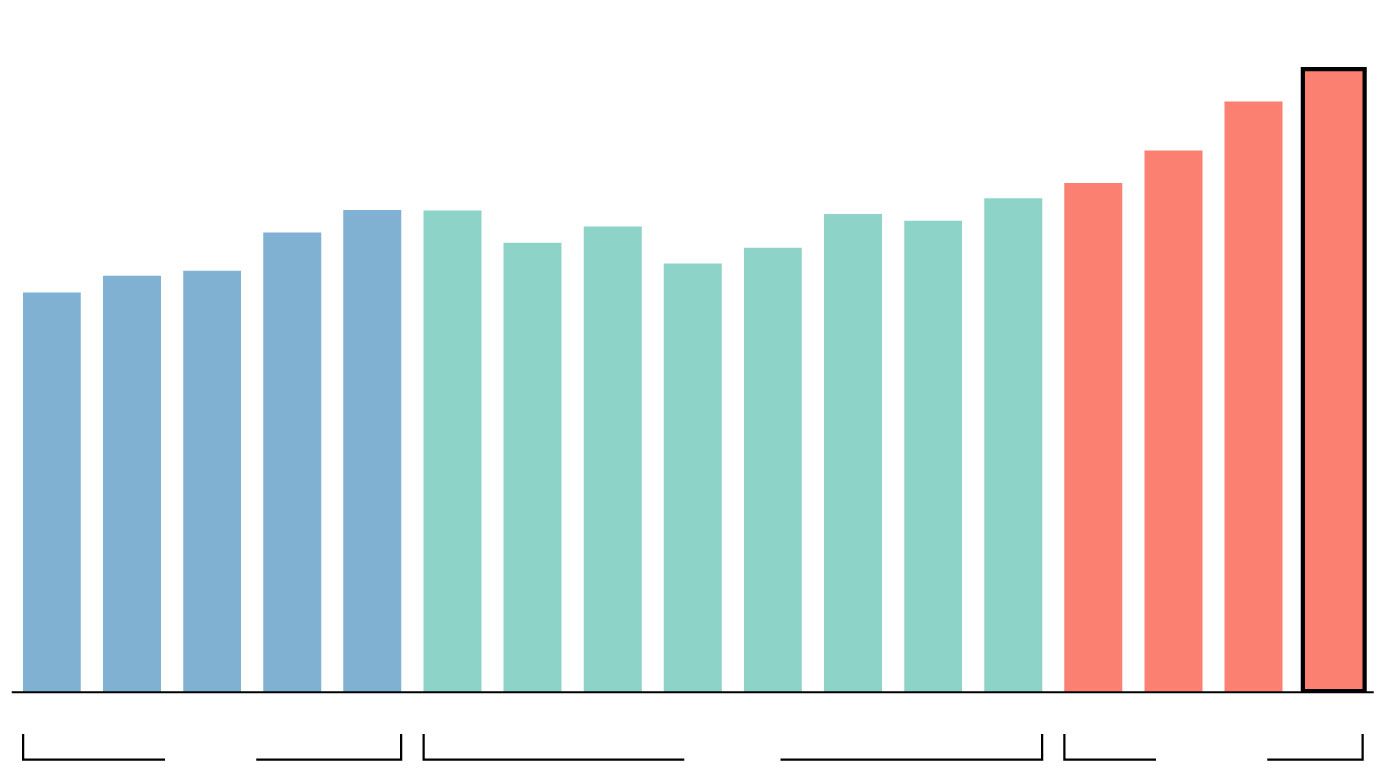 Amounts are in billions. 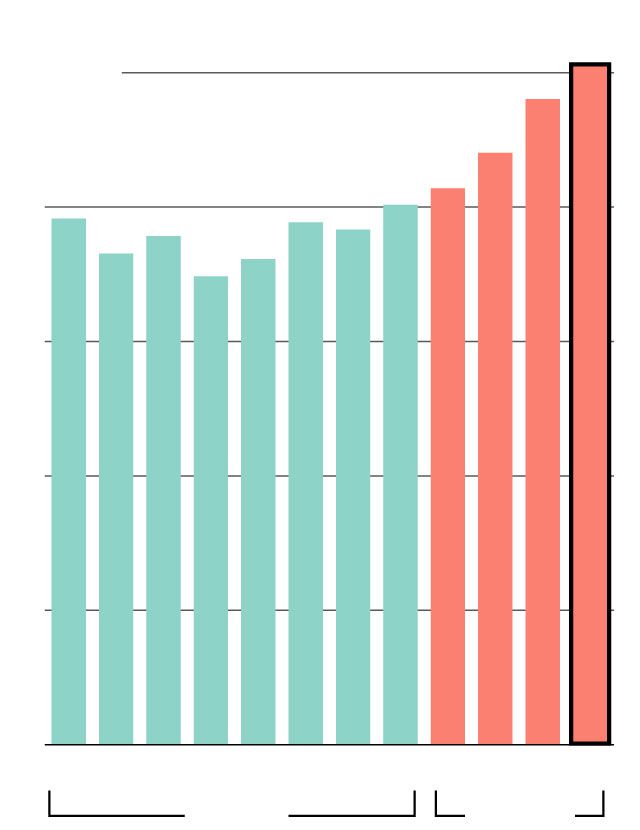 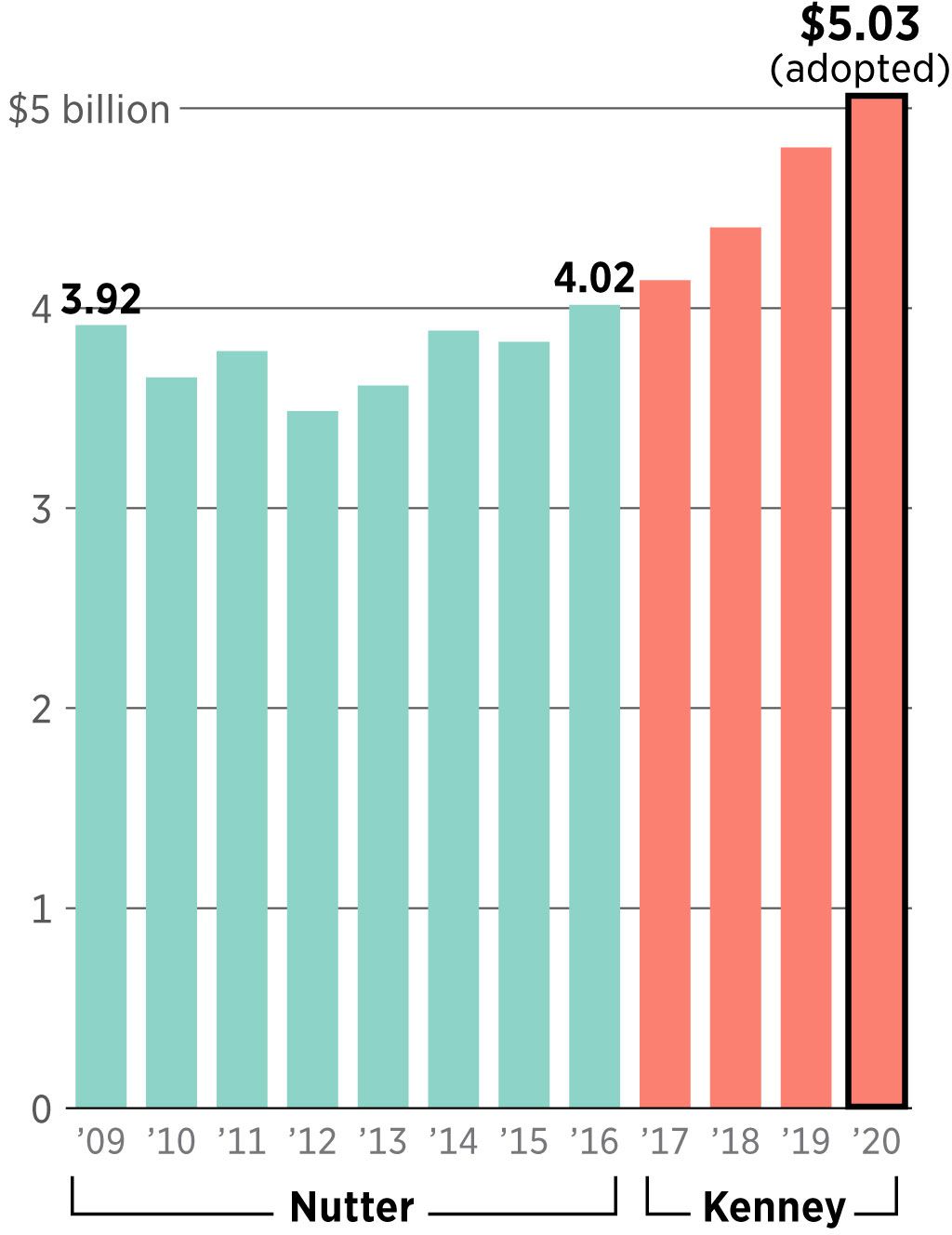 Council President Darrell L. Clarke, who in the first budget hearing in March was critical of the four-year surge in spending, said last week that it is needed to address poverty, echoing Finance Director Rob Dubow’s initial response to him.

“We are still No. 1 in big cities as it relates to the poverty rate. The simple reality is that we need to move the needle,” Clarke said. “So some of the things we talked about and actually put in the budget will address entry-level opportunities.”

Clarke cited the LandCare Reentry Program, which provides jobs and training to people returning to the workforce after prison. That program received a $1.9 million boost for fiscal year 2020, which starts July 1.

Councilman Allan Domb, a real estate mogul and Council’s fiscal hawk, said he doesn’t see any notable return — in areas like crime or poverty — on the increase in spending over the last four years.

“We need to better address quality-of-life issues,” Domb said. “To increase taxes on top of that really upsets the public, and they have a reason to be upset.”

Neither the administration nor Council proposed tax-rate increases this year, but property reassessments resulted in automatic property tax hikes for many.

Just before Council members voted, Republican Councilman David Oh introduced an amendment to cut the spending plan by $160.55 million, slashing fringe benefits and indemnities. It failed; the 2020 budget passed by 16-1.

In addition to the LandCare Reentry Program, run by the Planning and Development Department in a partnership with the Pennsylvania Horticultural Society, here are some of the other allocations negotiated between Council and the Kenney administration:

Councilwoman Maria QuiñonesSánchez said the spending increases are in part an effort to restore cuts made during the recession in 2009.

“This budget helps us get back to ... providing some basic services in the neighborhood,” she said. “People want better services, and we all thought poor funding is not adequate.”

The city’s budget was $3.9 billion in 2008, the year the housing bubble burst. Adjusted for inflation, that’s the equivalent of $4.65 billion in 2019. The budget approved Thursday is $375 million more than that.

The fiscal year 2020 budget is part of the Kenney administration’s five-year plan, which includes some larger initiatives:

In a statement, Kenney thanked Council for the approval of a budget he said “represents the priorities of the residents of Philadelphia.”

“This budget shows that my administration and City Council are addressing the biggest challenges facing Philadelphia,” he said.

Council also voted Thursday to increase the property-tax homestead exemption to $45,000, which would shave $70 off the typical homeowner’s tax bill.