The manhunt for Dejuan Robinson, sought for questioning in connection with two Delaware murders, continues after a chase left three officers hurt in a crash.

by Joseph A. Gambardello and Chris Palmer
Updated

The manhunt for a “person of interest” in two Delaware homicides wreaked havoc in Philadelphia on Wednesday , as three officers chasing the man by car were hurt during a crash on I-95, the suspect subsequently crashed his car into a SEPTA bus, and four schools were placed on lockdown while officers flooded the neighborhood in pursuit.

As of Thursday morning, 20-year-old Dejuan Robinson was still on the lam.

Capt. Sekou Kinebrew, a Philadelphia police spokesperson, said authorities in Delaware had been seeking to arrest Robinson over a probation violation for a gun case but that they also were seeking Robinson for questioning in connection with two murders. Kinebrew did not offer further details about those cases but said police were considering Robinson armed and dangerous.

Officers then launched a search on foot, by car, and in a police helicopter to look for him.

As a result, four schools were placed on lockdown: South Philadelphia High School, and A.S. Jenks, Bregy, and Fell elementary schools. School officials said Wednesday afternoon that they staggered dismissal times with the assistance of police. 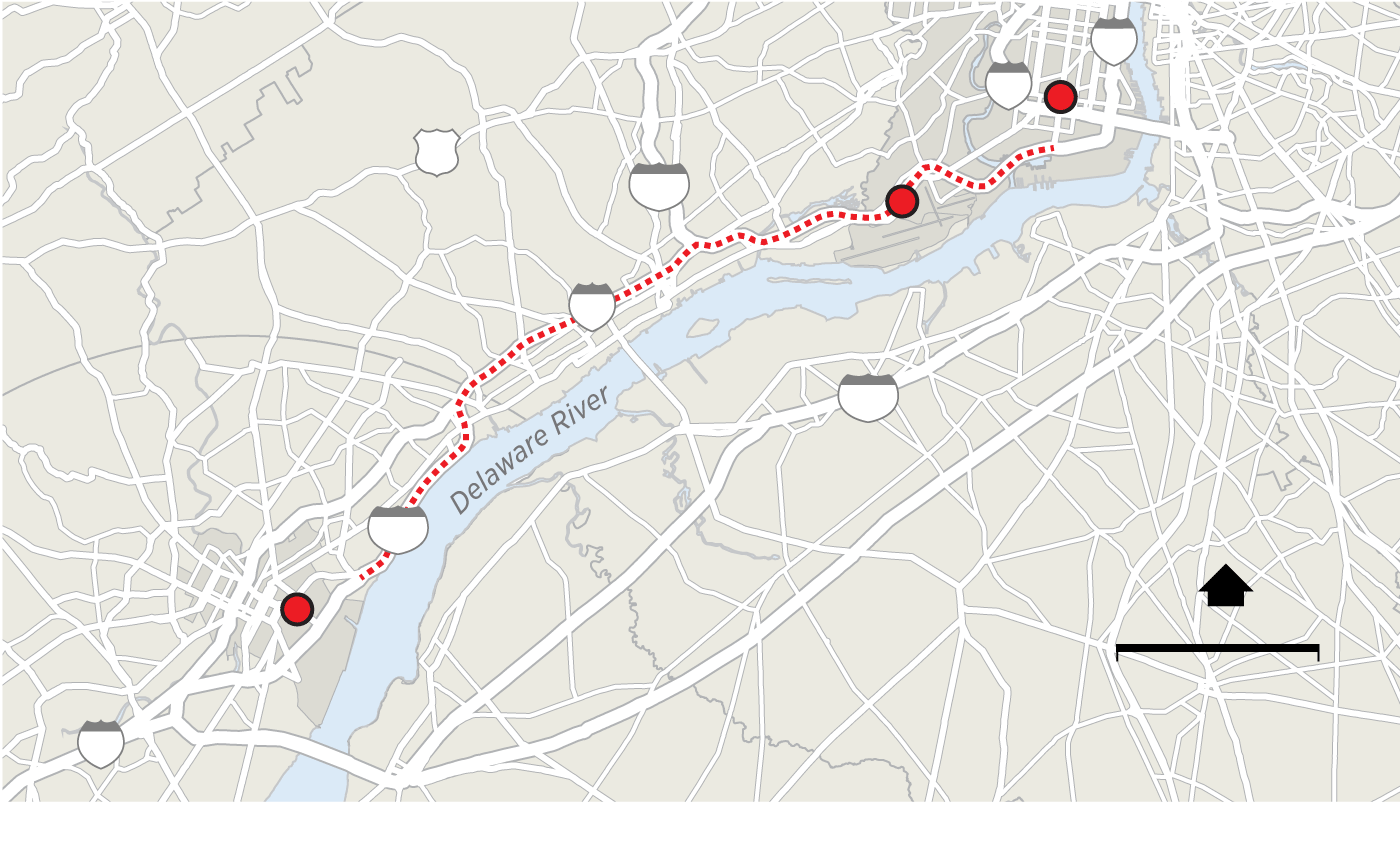 Suspect crashes his car into a SEPTA bus in South Philadelphia,

Suspect flees in car after police stop, starting police pursuit north on I-495 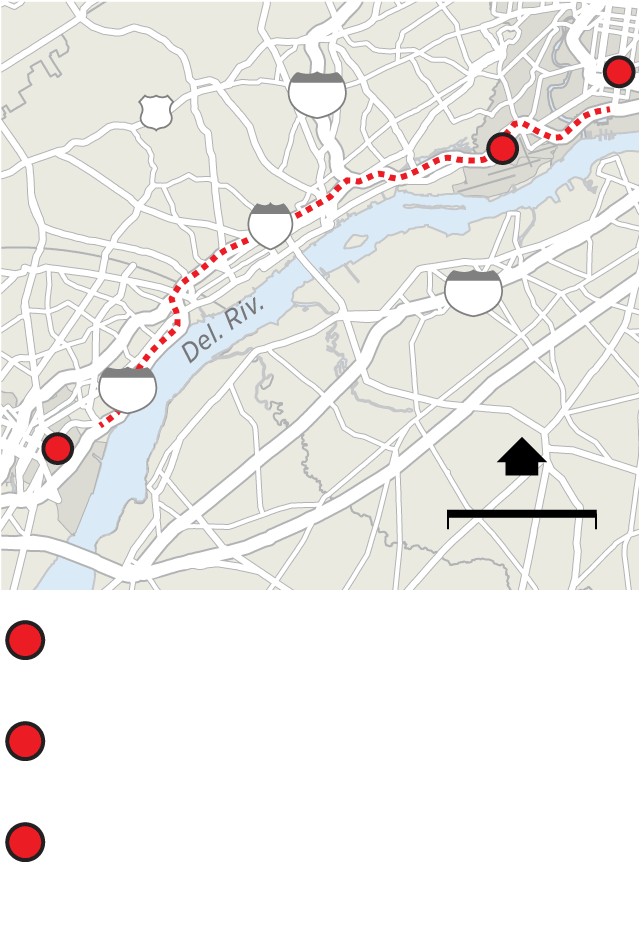 Suspect flees in car after police stop, starting police pursuit north on I-495

Suspect crashes his car into a SEPTA bus in South Philadelphia, flees on foot 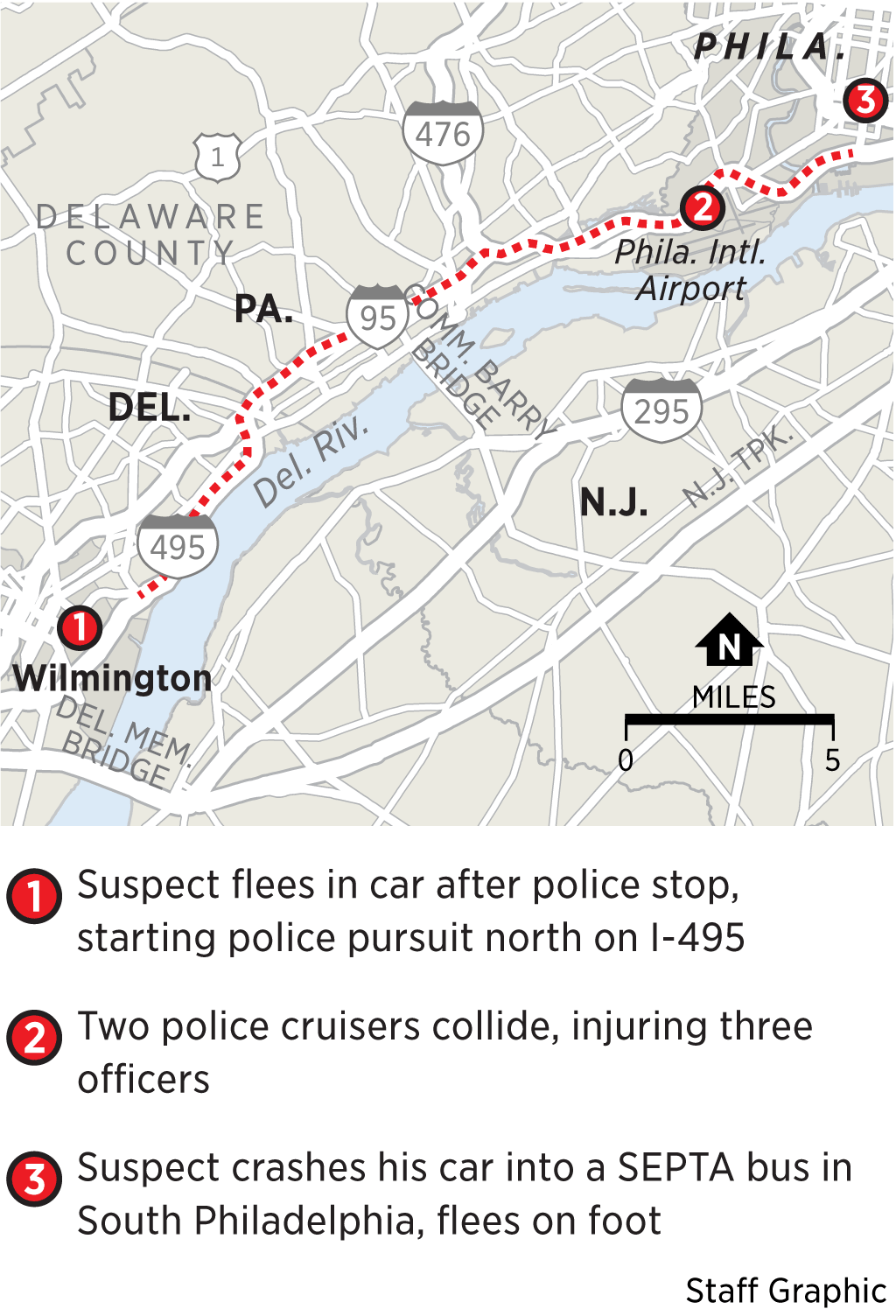 The chaos began in Wilmington around 11 a.m., authorities said, when police tried to pull over the a black Acura with Robinson inside in the area of East 12th Street and Rosemont Avenue. The car sped off, triggering the chase up I-495 and then north on I-95.

Pennsylvania State Police joined in the pursuit when the car entered Delaware County.

At Exit 13, near Philadelphia International Airport, a cruiser from each agency collided. State police said a trooper and two Wilmington officers suffered minor injuries in the crash, which closed the northbound lanes of the interstate for almost three hours. Wilmington police said the suspect caused the crash when he rammed another vehicle.

Kinebrew said police were not certain whether anyone was with Robinson in the car, but police also broadcast an alert for a man with no front teeth who may have been with him and was last seen on Seventh Street near Tasker Street.

Staff writer Kristen A. Graham contributed to this article.