The Phillies need the Philly edge, and Bryce Harper defines it.

From the outrageous hair to the fearsome pipes to the flamboyant bat flips, Bryce Harper brings the Phillies a combination of cockiness and cool the franchise hasn’t seen since the Dude.

The Phillies have acquired more accomplished stars, like Jim Thome, Roy Halladay, and Cliff Lee, twice. They have developed charismatic players: “Hollywood” Cole Hamels, MVPs Ryan Howard and Jimmy Rollins, Chase “World Bleeping Champions” Utley. But not since Lenny Dykstra and his shaggy collection of testosterone-rich miscreants went to the 1993 World Series have the Phils employed a player Harper’s degree of don’t-give-a-damn.

Which is a good thing. For years, the Phillies have been a little low-T. Consider Harper a $330 million Nugenix prescription. He’s Macho Row when he’s sitting by himself.

>>READ MORE: Gabe Kapler and Phillies players react to the Bryce Harper signing, ‘the sky’s the limit for him’

This will further amplify the Harper love: His 13-year deal reportedly contains no “out” clause, a trapdoor mechanism that, after a few seasons, allows players to bail on a deal if a team is struggling or if they believe they can sign a better deal. The Philadelphia region, madly in love with the idea of Harper coming to town, was driving itself insane at the thought of Harper hedging his bet.

Now, several reports say he never wanted one. He wanted to be a Phillie. Forever.

This is love, requited.

And the region is gaga. Over the moon. Deliriously happy.

Understandably so. It’s not every day you get The Guy. The Phillies needed The Guy.

They needed star power. Some atty-tude. Does Harper bring atty-tude?

Harper also brings a ton of talent: an NL MVP trophy won in 2015 with power, speed, a sharp eye and a strong arm. He might not be as valuable an all-around player as Manny Machado, the other jewel of free agency, who softly landed in San Diego last week, but that’s OK. Harper’s an excellent player, and besides, he looks the part: lantern-jawed, muscled and ripped, the most swoon-worthy Phillie since Dutch.

So did Machado, who also had earned two Gold Gloves at third base. So, no, Harper might not be better than Machado, but he’s a better fit. That matters.

Harper will sell tickets. He’ll sell jerseys. Harper, a Mormon, doesn’t drink booze, but he’ll sell lots of very expensive beers. Citizens Bank Park, once a standing-room-only party every night, has become a midsummer mausoleum. Harper will turn it back into an ATM for John Middleton and the other Phillies owners, as Thome and Howard once did.

And he’ll do it with a Philly edge. That matters, too. There is, after all, such a thing as being too nice in sports.

Utley was a good teammate, but he had little compassion for anyone after the first pitch. Tandem running backs LeGarrette Blount and Jay Ajayi did not fully subscribe to the Eagles’ touchy-feely ethos when the Birds won the Super Bowl two years ago. Moses Malone and Allen Iverson were stone-cold assassins, paid to win. Period.

And they didn’t call the Flyers the Broad Street Brotherhood.

It takes a little salt to cook.

Eagles franchise quarterback Carson Wentz has spent the past five weeks defending his abrasive personality. Sixers center Joel Embiid constantly pushes opponents around, then talks about it on the podium and on Twitter.

Harper fits right in. Until he wins a second MVP, or anchors a World Series run, his popularity rating will never be higher in Philadelphia -- if only because he once took a swing at Nationals teammate Jonathan Papelbon.

This signing sends several messages from the Phillies.

It tells the people who will fill those empty seats that the team is willing to spend mad cash to give them a chance at a parade like they had 11 years ago. It tells Major League Baseball that the rebuild is over and the contend is here. It tells other free agents: When we think we have a chance to win, we will push all of our chips into the middle of the table. It destroys the contention that that top players don’t want to play for an unconventional, analytics-driven manager like Gabe Kapler.

Here’s a look at how much money Bryce Harper could make over the next 13 seasons, on average, based on his performance so far in his major-league career: 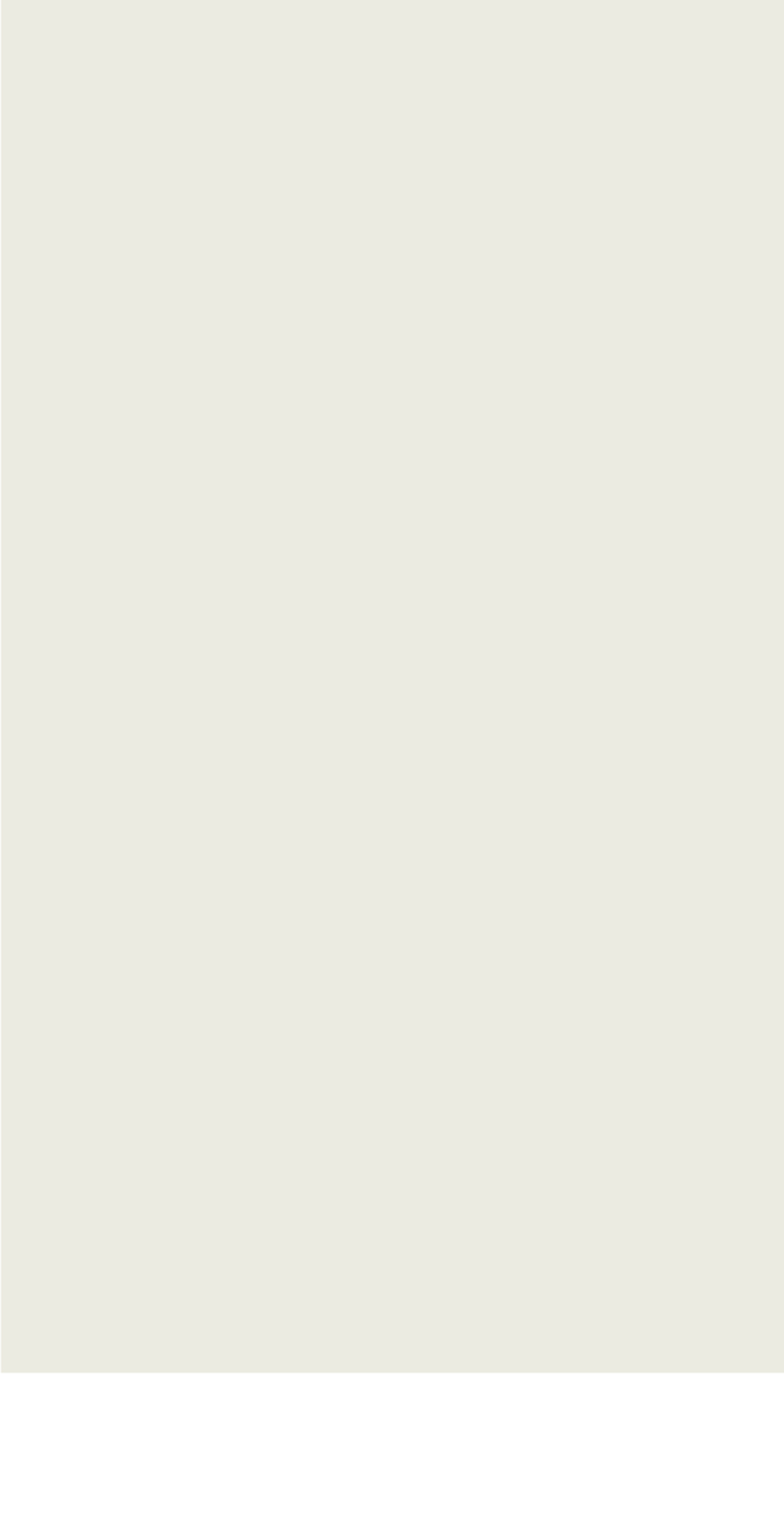 13 seasons, on average, based on his performance so far in his major-league career: 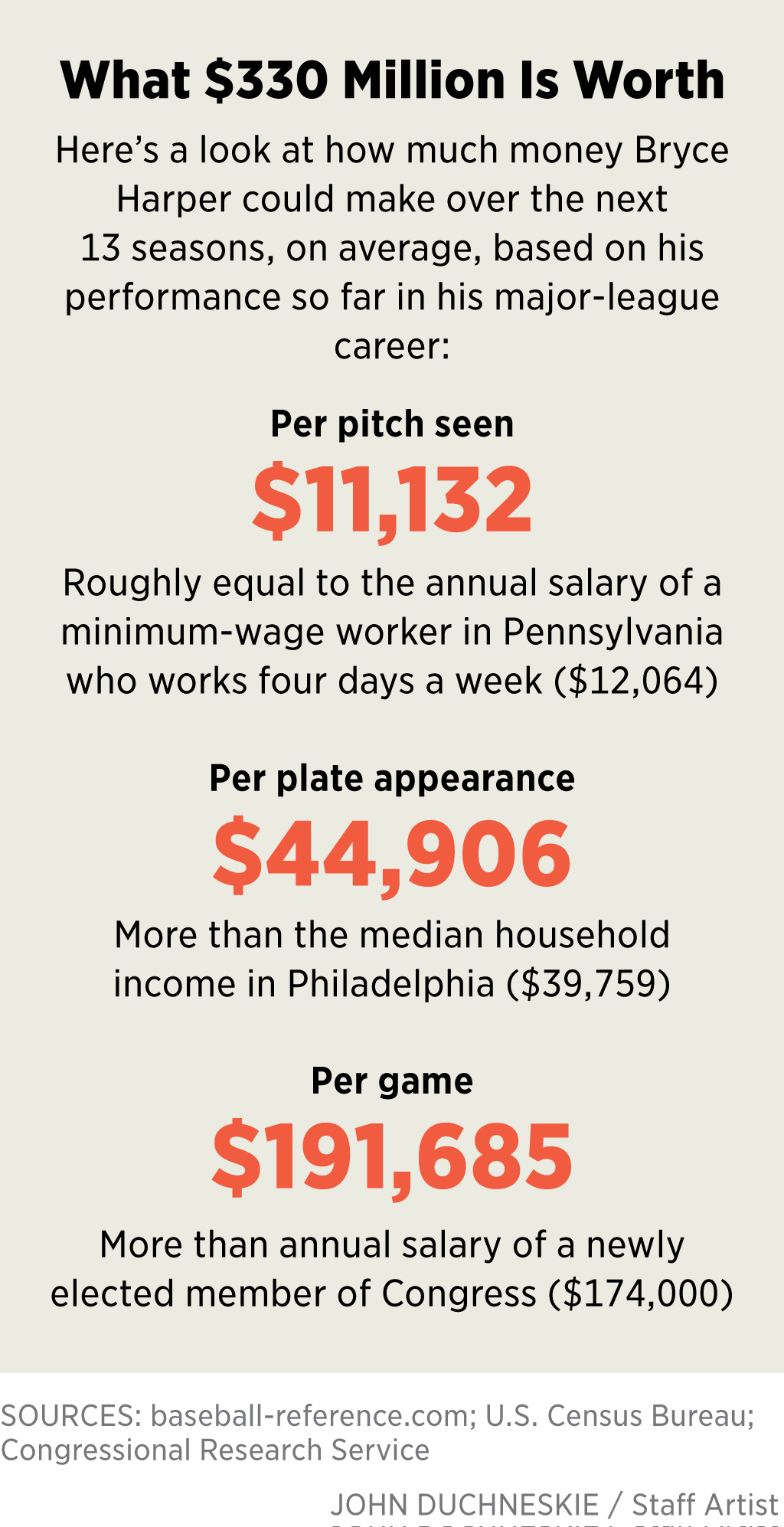 More than anything, it diminishes the idea that athletes with a choice won’t play in Philadelphia, where the fans and the press hold them accountable for every move they make.

It sends the message that athletes with a backbone and chutzpah will come. Because some players want the pressure. Some players crave it.

If they flip their hair, and they fling their bats, and they occasionally punch the closer, so be it.

Marcus Hayes
I write about sports and the issues that surround them.