Beyoncé rumors sparked interest in 500 Walnut. Get a first look at the ultra-luxury condo building

More than two dozen calls came to developer Tom Scannapieco's cellphone —  from across the city, the country, even from Zurich.

"Is it true?" the callers asked. "Did Beyoncé and Jay-Z really buy your penthouse?"

It was March 2015, and Scannapieco's highly anticipated 500 Walnut ultra-luxury condo building  — whose topping off was celebrated Thursday — was just breaking ground. Yet interest was already there: Five years earlier, he had broken Philadelphia's record for the most expensive residential transaction, selling the penthouse of 1706 Rittenhouse for $12.5 million. Already, buyers were covertly clamoring for a piece of his new project. Before holes were even in the ground, there were more than 20 reservations for the 35-unit building.

The rumors about Beyoncé and Jay-Z's $20 million penthouse purchase propelled 500 Walnut from Philadelphia curiosity to nationwide sensation. Such popular blogs as Barstool Sports and publications as large as the Wall Street Journal chronicled the gossip. 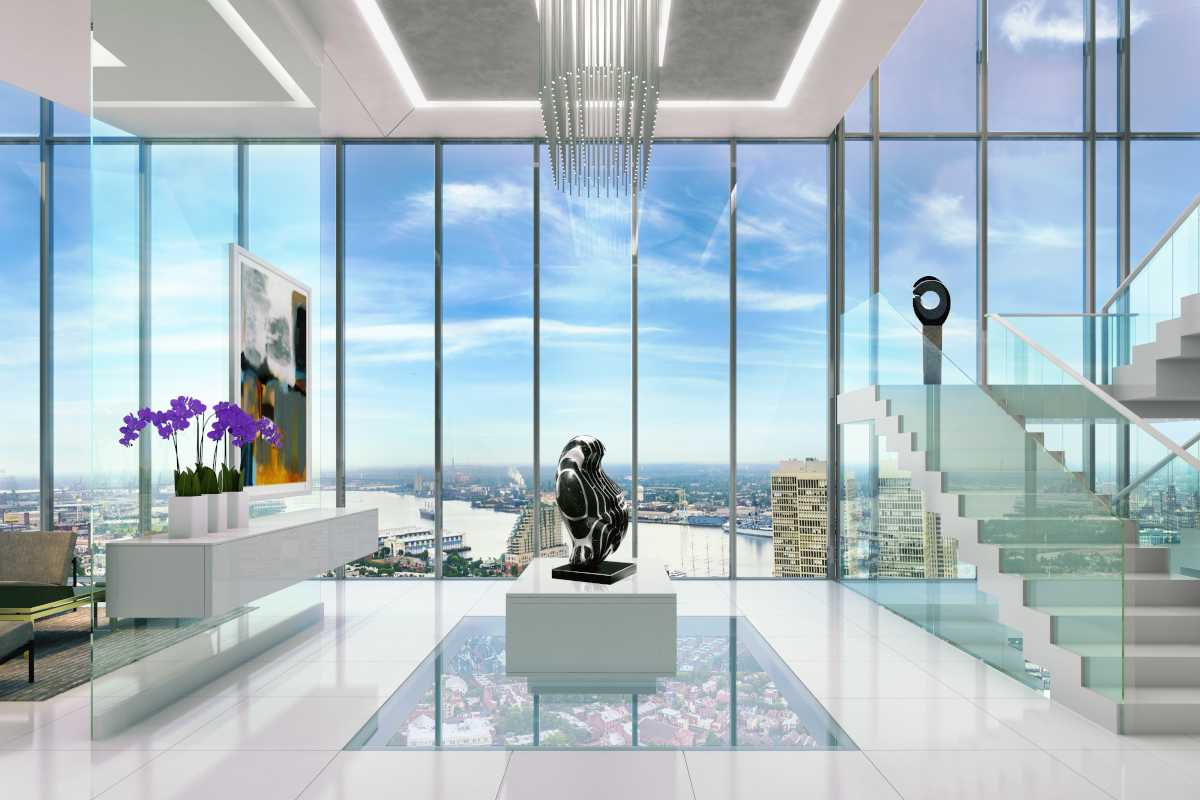 Cecil Baker + Partners
A rendering of the $17.85M penthouse at 500 Walnut. All units can be fully customized.

One would think the attention for a high-risk new building just getting underway would be good. There was just one small problem.

"You have to understand," Paula Celletti-Baron, vice president of sales and marketing at 500 Walnut, said recently. "Tom didn't know who Beyoncé was."

"I thought, 'Is this going to be a paparazzi building? Are Kim and Kanye going to buy Independence Hall?' " Celletti-Baron joked. "It was craziness."

In the end, the rumors proved untrue. Even so, Scannapieco has had success.

The penthouse at 500 Walnut, which sits just across the street from Independence Hall, is under agreement for $17.85 million, breaking the New Hope developer's own record -- as well as a city record -- for the most expensive Philadelphia sale. And even with the first resident not expected to move in until this summer, 500 Walnut has already sold out two-thirds of the building, totaling $118 million in sales. 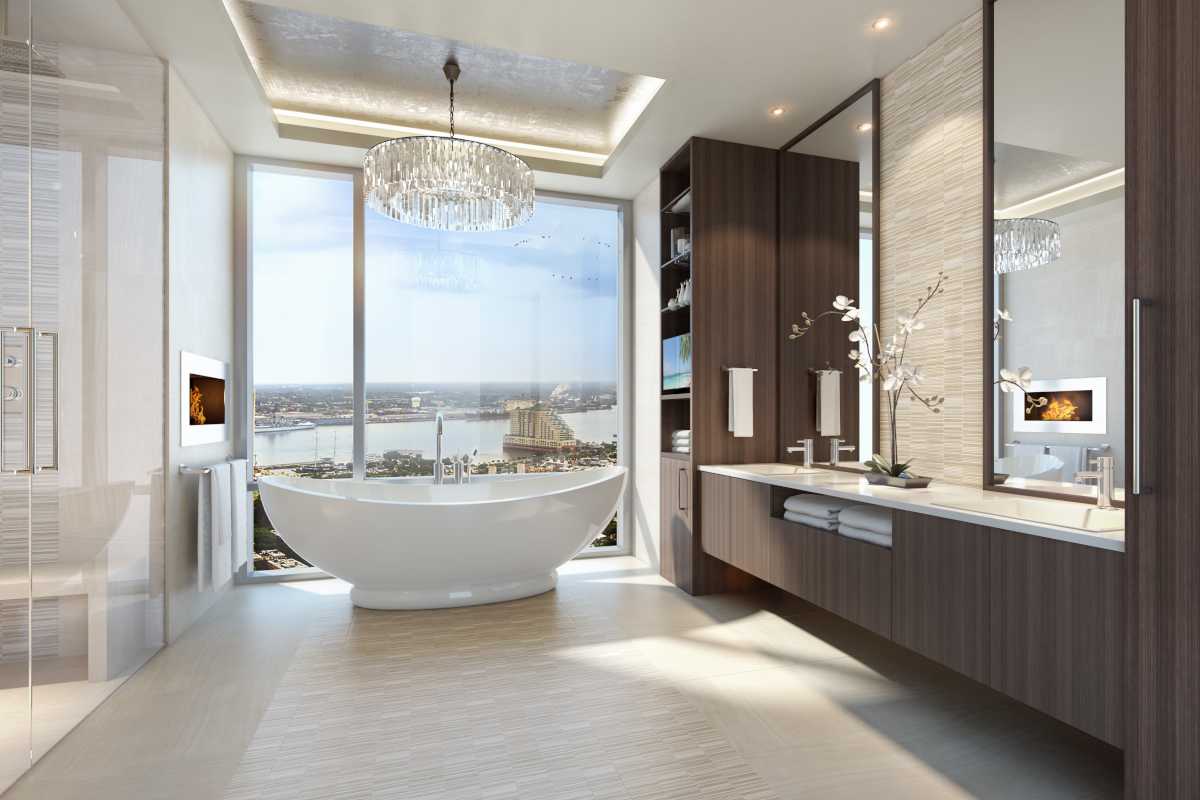 Cecil baker + partners
A rendering of a bathroom inside 500 Walnut. Many units have floor-to-ceiling windows.

On Thursday, at a ceremony that featured a fife-and-drum corps, and Mayor Kenney and other guests, Scannapieco and his team celebrated placement of the property's last structural beam.

It was a milestone for the 67-year-old Scannapieco's  second Philadelphia property in the last 14 years. After working in the Bucks County area, developing luxury townhouses and condos, he made his first foray into the Philadelphia market in 2003, purchasing land along Rittenhouse Square Street.

At the time, sales of luxury properties in the city — and certainly, ultra-luxury properties — were not a sure bet. Millionaires and billionaires still gravitated toward sprawling estates in the suburbs. Scannapieco and his team faced a big question: Would buyers choose to spend more than $3 million to live in Center City?

It turns out, they did, even amid the housing bust. The same week in 2008 that Scannapieco announced he was breaking ground on 1706 Rittenhouse, Lehman Bros. collapsed. And then Bear Stearns.

Yet the developer held firm on sale prices and eventually, even amid one of the worst economic downturns, buyers were willing to pay. The lowest-priced unit at 31-story 1706 Rittenhouse sold for just under $4 million, and the building totaled more than $110 million in sales. Resales have topped more than $1,500 per square foot.

Scannapieco and Celletti-Baron anticipate more than $180 million in sales for 500 Walnut. With just 35 units on 26 floors, they expect this building to sell out, too, with buyers lured by the intimacy of scale and the high-end amenities.

With plans for an entire amenity floor — the building is still under construction — 500 Walnut is expected to have a massage room, an indoor pool, a gym, a sauna, a library, and a rooftop space overlooking Independence National Historic Park.

The owner of the penthouse — whose identity remains undisclosed — gets a private rooftop. 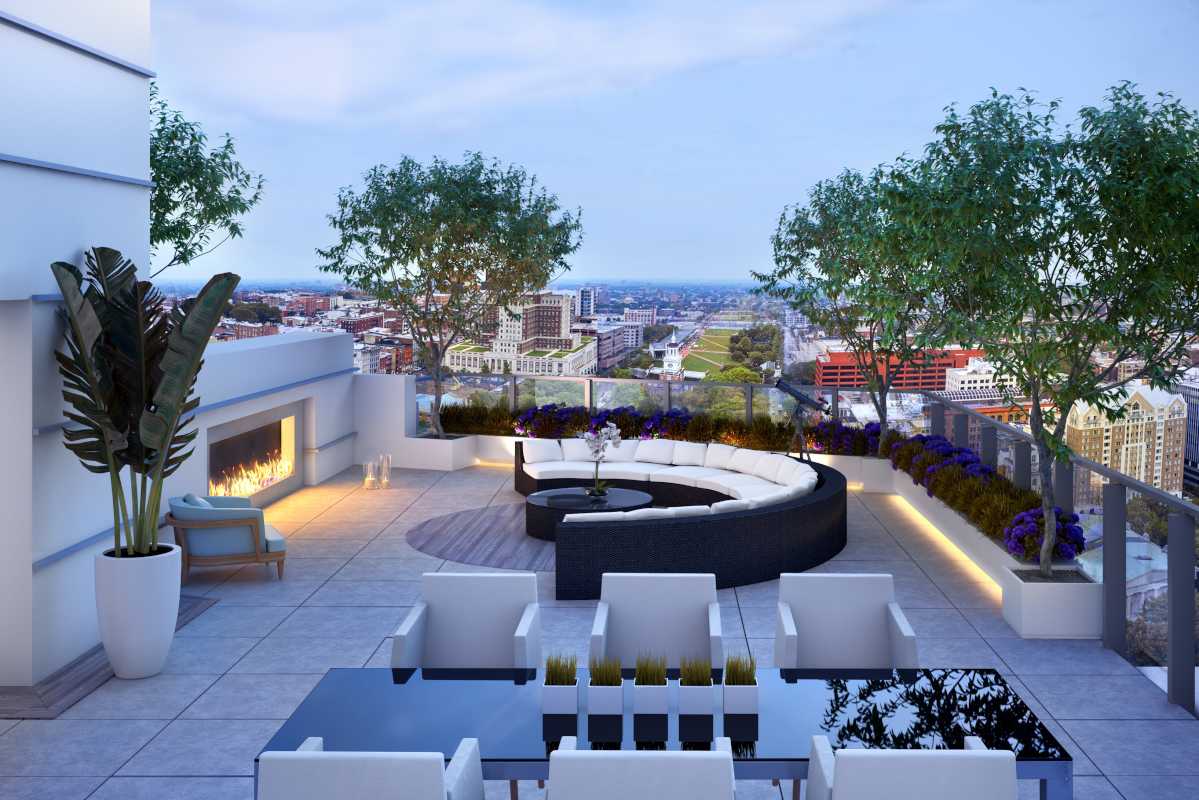 Cecil baker + Partners
The penthouse rooftop on the 26th floor is a private terrace for the undisclosed buyer.

Notably, the basement of the building will feature automated parking, with a wireless charging system for electric cars. Residents will simply park their cars on a platform. The technology — no valets — will take care of the rest.

"We never do what the market is doing," Celletti-Baron said. "We're always the pioneers going out, not afraid to take new steps for Philadelphia."