Uber gives subscriptions a test drive in the Philly region

This month, Uber began offering a significantly different way to use ride sharing in the region: a subscription service.

The pilot program offers rates almost too good to be true. Subscribers can get a ride anywhere within a 389-square-mile zone for no more than $4.49 on UberX. UberPool is even cheaper, at $2.49 a ride.

[This story has been updated to reflect the correct fare schedule]

"Compared to a one-way SEPTA price, it's almost cheaper," said Will Fulmer, of Bala Cynwyd, who frequently must travel from home to 30th Street Station to catch trains to New York. "It gives me a lot of flexibility."

That same UberX ride costs him as much as $19, depending on the time of day under the company's normal rates, he said.

Offering subscriptions echoes a public transportation payment model, where monthly fare packages are common. It also bears similarity to such services as Netflix, said Erick Guerra, a University of Pennsylvania assistant professor of urban planning, in which subscribers pay different rates for different levels of service.

He and other transportation experts are watching with fascination as ride-hailing app companies struggle to translate what is clearly a popular service into a profitable one. The San Francisco-based Uber is valued at as much as $69 billion, but the December issue of Wired, a tech magazine, reported that the company is operating in the red, with at least a $3 billion loss in 2016. Subscriptions, something Lyft has also tried, are the latest experiment in an industry still seeking stability.

"They're more at this moment a venture-capital bet," Guerra said. "They're not profitable. They don't have really a business plan to make them look profitable without some pretty far out things happening."

Uber is testing a flat-fare subscription service in Philadelphia and some suburban counties, where riders would pay an activation fee for a package of rides at a discounted rate. The zone does not cover Philadelphia International Airport. 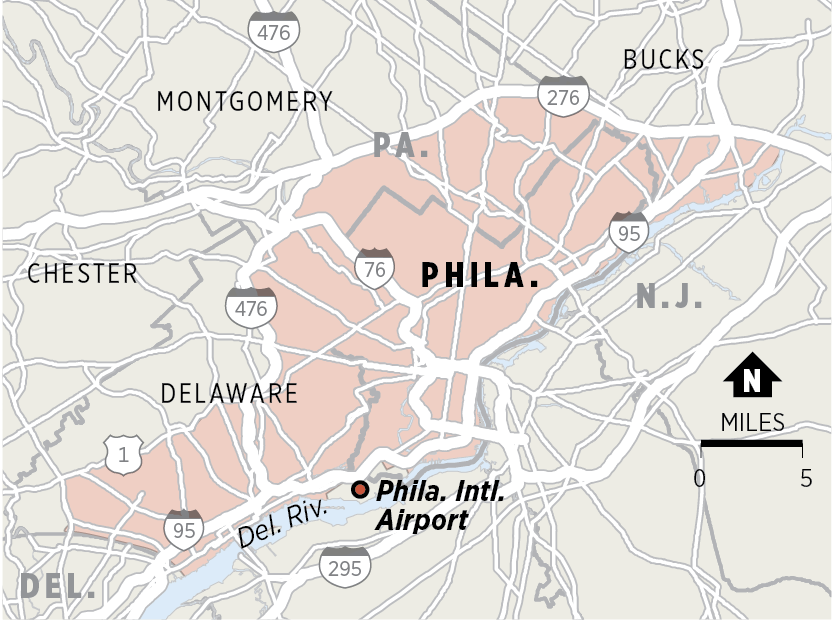 Anyone interested in getting in on Uber's February bargain is, well, too late. The company made it available to a limited number of users by email. Subscriptions, offering packages (with some restrictions, such as trips to Philadelphia International Airport) ranging from 10 rides for $5 to 40 rides for $20 over 30 days, plus a flat charge per ride, are available only this month. Uber won't say how many people are participating or how they were selected. The pilot, which was tried last year in Seattle, San Diego, San Francisco, and in Miami since summer 2016, came to Philadelphia because Uber does robust business here. Uber wouldn't say whether a subscription model could become permanent, saying only that it is "pleased with the strong response thus far."

Subscriptions encourage a habit of using a ride-share service and a commitment to use Uber, instead of competitors, experts said.

"They'll use it on a more regular basis," said Diana Mendes, a senior vice president at HNTB, a Kansas City infrastructure consultant, "instead of one-off sporadic."

The deep bargains that the subscriptions offer, though, are possible only because Uber is subsidizing the drivers the difference between regular rates and the subscription rate.

"To be perfectly honest, they're going to lose a lot of money on this," Guerra said.

"As transportation professionals, everyone is trying to determine how some of the emerging technologies fit into the overall transportation picture," said Rich Burnfield, SEPTA's deputy general manager and treasurer.

SEPTA officials believe the rise of ride-share services likely played a role in reducing ridership on the city transit's surface modes by more than 2 percent between 2015 and 2016. Most experts said ride-hailing apps have the potential to change mass transit, and in some cases replace it. Public transportation has advantages, though, such as unobstructed rights of way and the ability to consistently move lots of people at once, said Kyle Shelton, program manager at the Kinder Institute for Urban Research at Rice University. What's more likely than direct competition between ride-hailing apps and mass transit is that one will force the other to change, and cooperation is likely to become more common.

SEPTA made providing real-time information about buses, trains, and trolleys a priority in 2017, Burnfield said, in part because ride-hailing apps made it apparent how much travelers value being able to observe their ride's progress.

Last summer, SEPTA partnered with Uber for 14 weeks, when the ride-hailing company offered a 40 percent discount to anyone who used its app to travel to or from one of 11 suburban Regional Rail stations that were busy, had limited parking, or were under construction. The partnership is a solution for the common "first mile, last mile" mass-transit problem, bridging the gap between people's homes and transit. Uber hasn't provided raw ridership data to SEPTA, but told officials there was an increase in Uber rides to and from those stations over the 14 weeks the discount was available.

SEPTA views ride-hailing apps as both an ally and a possible obstacle. Joining forces with Uber in the 'burbs may make sense, and the authority is looking into replicating last summer's partnership again this year, but the opposite may be the case in the city. SEPTA officials expressed concern that ride-share service use could contribute to road congestion.

Uber takes the position that its business supplements public transportation, rather than competing with it.

In this region, Uber's subscription experimentation has already shown how ride-hailing apps could compete with mass transit. Fulmer lives on one of SEPTA's least-served routes, the Cynwyd line, where hours pass without a train during the day and service arrives only on 45 minute intervals even during rush hour. Using Uber instead isn't just a good deal, it makes more sense.

"To be able to grab a car, for whenever I need, is a hugely attractive option," he said.