Mummers fans, it's that time again: On Sunday morning, when most folks are sleeping off the night before, 10,000 men, women, and children will strut down Broad Street, thrilling fans of this 116-year-old tradition. A lot has changed since the parade's beginnings, so for veterans and newbies alike, we offer this quick guide to where to eat, where to stand, and what to do.

Need more Mummers? Here's a list of who will be strutting and when.

Where to watch if you’re in it for the music 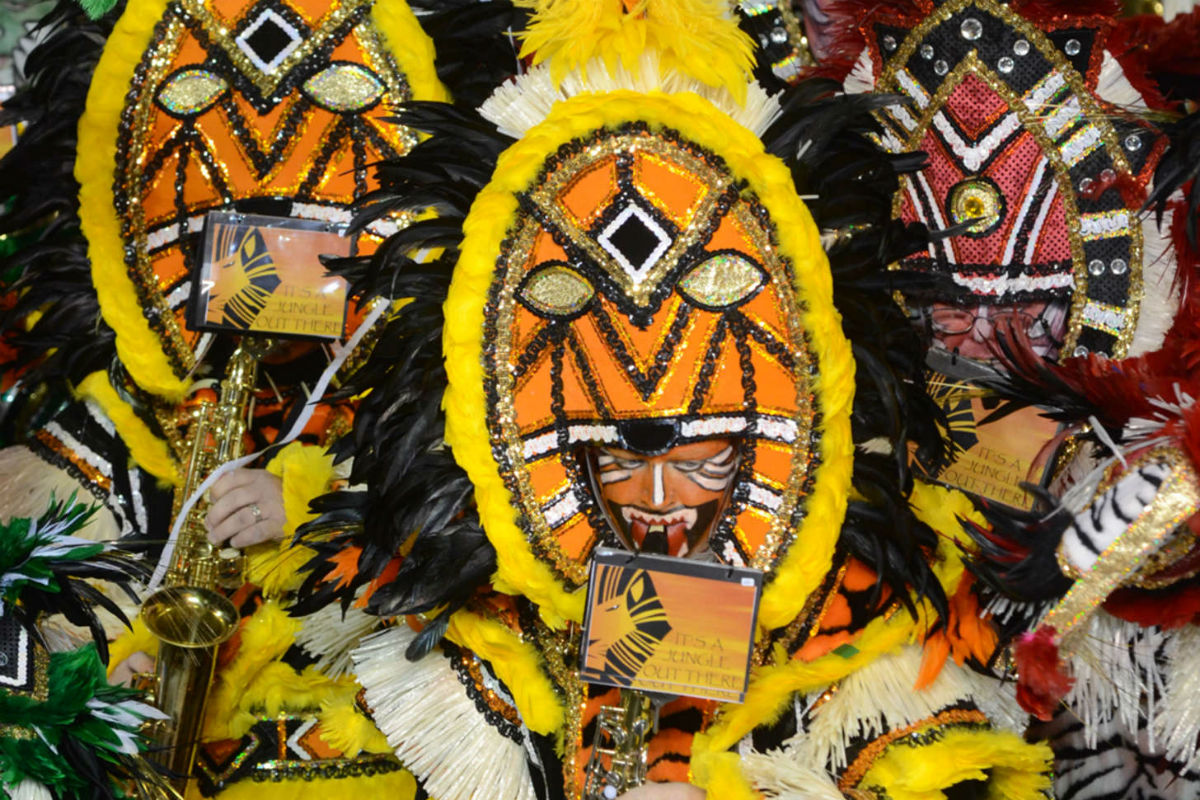 The string bands will perform their full routines four times during the parade. The first performance happens in the pre-parade staging area, 16th Street and JFK Boulevard. The other performances will take place at City Hall, where the judging stand is located; Broad and Sansom Streets, in front of the Union League; and Broad and Carpenter Streets, in front of the High School for the Creative and Performing Arts (CAPA).

Where to watch if you don’t like crowds (a.k.a. the best seat in the house)

ICYMI: The route changed with the 2015 parade. The Mummers now walk south on Broad Street, starting at City Hall and ending at Washington Avenue. If past parades are any indication, spectators will be most concentrated at the three performance stops along the route. A general rule is that the crowds thin as the parade moves south. If you want to keep things family-friendly as well, this is your best bet, as there is a heavy concentration of revelers closest to City Hall.

Forecasters are now saying New Year's Day will have mild temps, but stand outside for long enough in January, and you're bound to get a tad chilly. Plus, you might make a last-minute decision to hit up Two Street, the unofficial Mummers after-party that runs down Second Street in South Philly, and temps are sure to drop as the sun goes down. If you dressed to impress instead of dressing to ward off frostbite, visit The North Face store (1515 Walnut St.), which opens at 11 a.m.

Where to buy a hot beverage

Wawa fans rejoiced when the chain opened its store at Broad and Walnut Streets (201 S. Broad St.) in September 2015, and it's the gift that keeps on giving, offering its usual warm-beverage options. Other chains that will be open along the route include Starbucks (341 S. Broad St.) and Dunkin' Donuts (809 S. Broad St.). North of the route, consider Capriccio at Cafe Cret (16th Street and Ben Franklin Parkway), which opens at 8 a.m. South of the route, try Benna's West, 1444 S. Broad St., which will be open from 8 a.m. to 4 p.m.

Where to take shelter when the kids start complaining

The Kimmel Center hosts its 12th annual New Year's Day family celebration. Duck inside the free event, from 10 a.m. to 5 p.m.,  and enjoy music while the kids make crafts and visit the hot chocolate bar. Or try the warming station at CAPA, where you'll also find food trucks, a Jumbotron showing the parade, and a DJ.

Where to find a no-strings-attached bathroom

The city will have about 200 portable toilets scattered along the parade route. CAPA also has public restrooms.

Where to buy beer or wine to join in the festivities

Latimer Deli (255 S. 15th St.), which opens at 8 a.m., sells six-packs of beer, and Jet Wine Bar (1525 South St.) sells wine by the bottle to go starting at 11 a.m. Just remember: The city's laws against drinking in the street are still enforced, as are the laws against public drunkenness, public urination, and general jerkiness. So keep it classy, Philadelphia.