Where once the image of the typical vegan was a woman with a fondness for sprouted seeds and swirling hippie skirts, or perhaps a green-juice-swigging supermodel, a wider swath of Americans (read: the male-identified) is embracing the animal-free lifestyle.

In fact, a Vegetarian Resource Group poll in 2011 found that more men reported never eating animal products (3 percent of men polled vs. 2 percent of women), and that demographic shift is evident at some of the area's restaurants offering plant-based options.

At HipCityVeg, where the menu reimagines vegan versions of such fast-food lunch staples as burgers and chicken sandwiches, the lunchtime crowd is predominantly men in suits. That wasn't always the way, says owner Nicole Marquis.

"At first, we mostly had women, and that's who I imagined the business appealing to, thirtysomething professionals who are interested in health and wellness. But when word got around and more men tasted what we were offering, they found they liked our food."

Add male bloggers, cookbook authors, and food personalities proudly flaunting nutritional yeast and beet pepperoni, and it seems like a veritable culture shift. A 2015 study in the journal Appetite showed participants did not associate veganism with lower levels of masculinity, and the author concluded veganism was becoming more widely accepted as a mainstream diet for all. 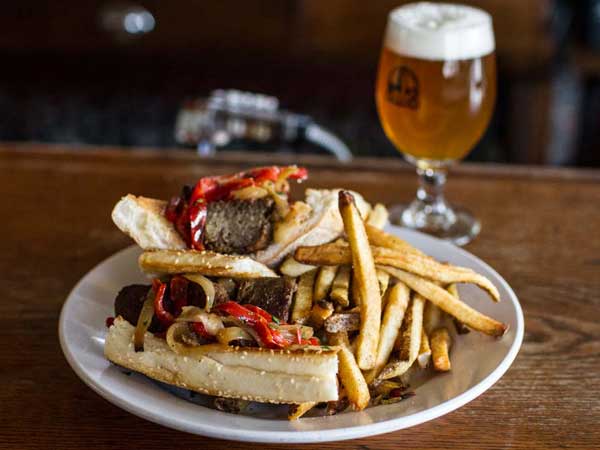 "We're seeing more families coming in and eating vegan dishes," says Jesse Kimball, chef of Memphis Taproom, which has long made vegan bar food a priority on its menu. "It used to be the punk-rock vegans, but now there are people with their kids. We see same-sex couples and transgender people, too. It's just a lot more widespread now across the board."

Vedge and V Street owner Rich Landau reports that he now sees about 60 percent men coming in - as opposed to the random boyfriends accompanying skinny vegan women he used to see years ago at his previous restaurant Horizons.

"I don't like to generalize, but I do think it's fair to say that meatless diets don't have the same perception they had 10 or 15 years ago," says Landau's business partner and wife, Kate Jacoby. "People care much more about the quality of their food in general, in having a cleaner lifestyle, and leaving less of an environmental footprint."

Perhaps the best-known member of the male-vegan brigade is former President Bill Clinton, who adopted the diet in 2010 for health reasons and who now credits it with keeping him alive. Today's power-brokers of Silicon Valley, Wall Street, and even Market Street recognize that money and prestige can go farther with longevity. Other examples of prominent male vegans are Steve Wynne, Olympian Carl Lewis, and Michael Dorn of Star Trek fame.

Of course, veganism has become more broadly appealing as the food itself has evolved. Chefs have developed clever workarounds that don't involve prepackaged tempeh loaf, and adhering to the diet doesn't require the (real or perceived) sacrifice of pleasure it once did.

"Dude food," like bacon, nachos, and pizza can all be re-created more than passably without animal products, albeit with a longer list of ingredients. 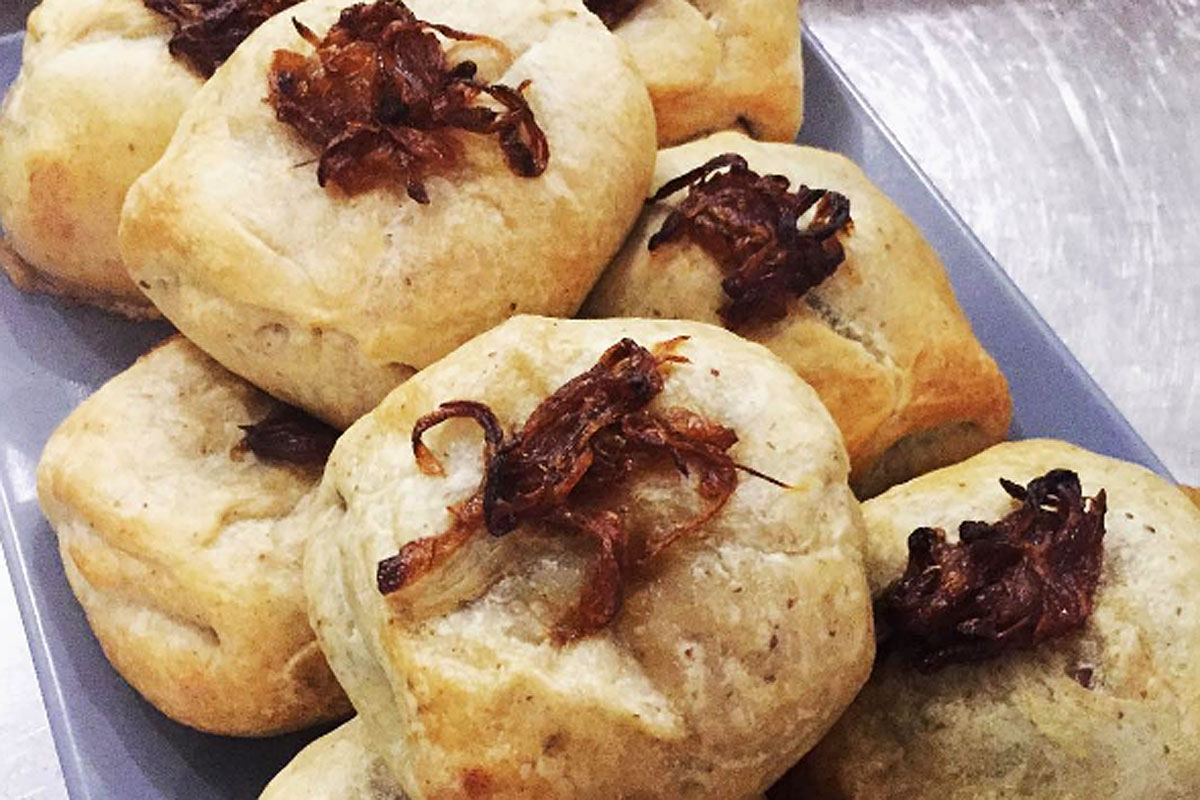 "Veganism can itself be considered a cuisine these days. The seriousness about it has also meant that more chefs are paying attention," says Rachel Klein, owner of Miss Rachel's Pantry. "As far as customers go, we see more bodybuilder types and more quote-unquote normal guys than we used to, and, because I serve vegan versions of Jewish food, I see some older Jewish men, too." Then again, Klein adds, the kind of food she makes - potato knishes, sloppy joes, chocolate cake - "isn't challenging anyone's manhood."

With the face of veganism changing, so, too, is the notion that it's an exclusive club for the holier than thou. Even if your decision is about having better skin or clearer arteries, the impact on the Earth and its animals is the same. "People are not as strict or as judgmental about veganism as they used to be," Jacoby says. "That makes it feel much more inclusive, and we're not scaring off people. We're inviting everyone in."

At Passyunk Avenue's Adobe Cafe, the gender makeup of people ordering seitan tacos is holding steady at 50-50, says bartender Jessica Eirich, but it's a broader swath of people all the time. "It's not just about animal rights. It's people avoiding dairy. It's people looking to eat clean, and it's not just hipsters anymore."

In a city like Philadelphia, where vegan ice cream, pizza, and doughnuts are easily accessed, there's nothing fringey about this lifestyle. Still, even as attitudes change, vegans in the food industry see work yet to be done. Klein says that 65 percent of her customers are women and that there may still be some stigma for men. "I had a construction worker come in and request we put his cake in a non-pink box," she says.

And though real men might be open to tofu quiche, some food still seems hopelessly gendered. "I do see that stereotype living on with salad," Marquis says. "When I walk into a salad joint, there's usually a line of women and no men to be found."

For the cheese sauce:

1 cup raw cashews, (soaked in water for at least 2 hours, or up to overnight, and drained)

2. Make the cheese sauce: Place the carrots in a small saucepan and add water to cover. Bring the water to a boil and cook the carrots for 5 minutes, or until just fork-tender. Drain.

4. Make the dip: Stir the marinara sauce, onion, and spinach into the cheese sauce until fully combined. Spoon the mixture into the prepared dish and smooth it out, and sprinkle the top evenly with the crushed corn chips.

5. Bake for 25 to 30 minutes, uncovered, watching closely toward the end of the cooking time to make sure the corn chip topping doesn't burn. Garnish with green onion. Serve immediately with tortilla chips.

- From The Oh She Glows Cookbook by Angela Liddon

For the burger patties:

Salt and black pepper to taste

1. Make the pickled red cabbage a day in advance. Chop the cabbage into quarters and cut out the core of each. Shred using a large box grater, or use a knife to make very thin slices. Place the shredded cabbage in a large colander and sprinkle salt over it. Toss to combine; leave the colander in the sink for 10 minutes to drain excess water.

2. After 10 minutes, quickly rinse off the salt and use a clean kitchen towel to pat the cabbage dry. In a large airtight container, mix the red wine vinegar, apple cider vinegar, sugar, allspice, cloves, and bay leaves. Add the cabbage and stir to combine. Cover and chill 24 hours. Take out the allspice berries, cloves, and bay leaves before using. Leftovers can be kept chilled up to 1 month.

3. To make the burgers, preheat the oven to 400 F. Line a baking sheet with parchment paper or a silicone baking mat.

4. Combine farro, lentils, and quinoa flour in a bowl. Use your hands to mash them until they start holding together in clumps.

6. Divide mixture into 8 equal parts, shape into patties, and place on the baking sheet. Bake for 20 to 30 minutes until firm, flipping once halfway through to ensure even cooking,

7. Before turning off the oven, place the burger buns on the oven rack for 2 minutes to heat them. Remove and spread a layer of barbecue sauce on both halves of each bun. Place a few pieces of lettuce on the bottom bun and add the burger patty. Top with bacon, cheese, and some pickled red cabbage. Top with the other half of the bun. Serve warm.

- From But I Could Never Go Vegan! by Kristy Turner

1 cup packed dates, pitted before measuring, plus more as needed

1 lemon, zested and juiced, plus more juice as needed

1. Add the dates to the bowl of a food processor or blender and blend until small bits remain, or the mixture forms a ball. Remove and set aside.

2. Add walnuts and salt to the bowl of the food processor and process into meal. Add the dates back in, small chunks at a time, and process until a loose dough forms - it should stick together when squeezed between your fingers. If too dry, add a few more dates. If too wet, add more walnut meal.

3. Line an 8-x-8-inch baking dish with parchment paper and add the crust. Spread it in an even layer and press it down with your hands for a uniformly flat crust. Place in the freezer to set.

5. Blend on high until pureed, creamy and smooth. If there is trouble blending, add a bit more liquid (coconut milk or olive oil) to help the process along. Scrape down the sides as needed. Taste and adjust the flavors as needed.

6. Remove the crust from the freezer and pour the cashew mixture over it. Tap to remove air bubbles and smooth the top with a spoon. Loosely cover with plastic wrap and return to the freezer to harden, 3-4 hours.

7. In the meantime, prepare the strawberry topping. Add the strawberries, maple syrup, cornstarch, and a bit of water to a small saucepan over medium heat. Cook for 2-3 minutes, then reduce the heat and begin mashing the strawberries with a spoon to break them into smaller pieces. Cook 3-4 minutes more, then turn off heat to let cool and thicken, stirring occasionally. Transfer to a small bowl and cover. Refrigerate and cool completely.

8. Spread the chilled strawberry topping over the hardened cheesecake (or serve separately), slice into bars, and serve.

- From The Minimalist Baker's Everyday Cooking by Dana Shultz