Jimmy Kimmel's son's heart defect could have been found before birth

Jimmy Kimmel was in tears Monday night as he described how his newborn son, Billy, needed emergency open-heart surgery within hours of birth on April 21.

"He appeared to be a normal, healthy baby until about three hours after he was born," Kimmel told his talk show audience.

But the infant's skin started to turn purple, and before long doctors at Cedars-Sinai Medical Center diagnosed him with tetralogy of Fallot — a cluster of four heart defects, from the Greek prefix for the number four.

The U.S. Centers for Disease Control and Prevention estimates that about 1,700 babies are born each year with this set of defects — roughly one in 2,500 births.

Kimmel's son had an especially severe form. The star of ABC's Jimmy Kimmel Live! said his son's pulmonary artery was "completely blocked." In most children with tetralogy of Fallot, the vessel is merely narrower than normal.

The boy is home and doing fine after surgery at Children's Hospital Los Angeles, Kimmel told the audience. But the condition could have been diagnosed during pregnancy, potentially making the process easier, said Howard Weber, professor of pediatrics at the Penn State College of Medicine. 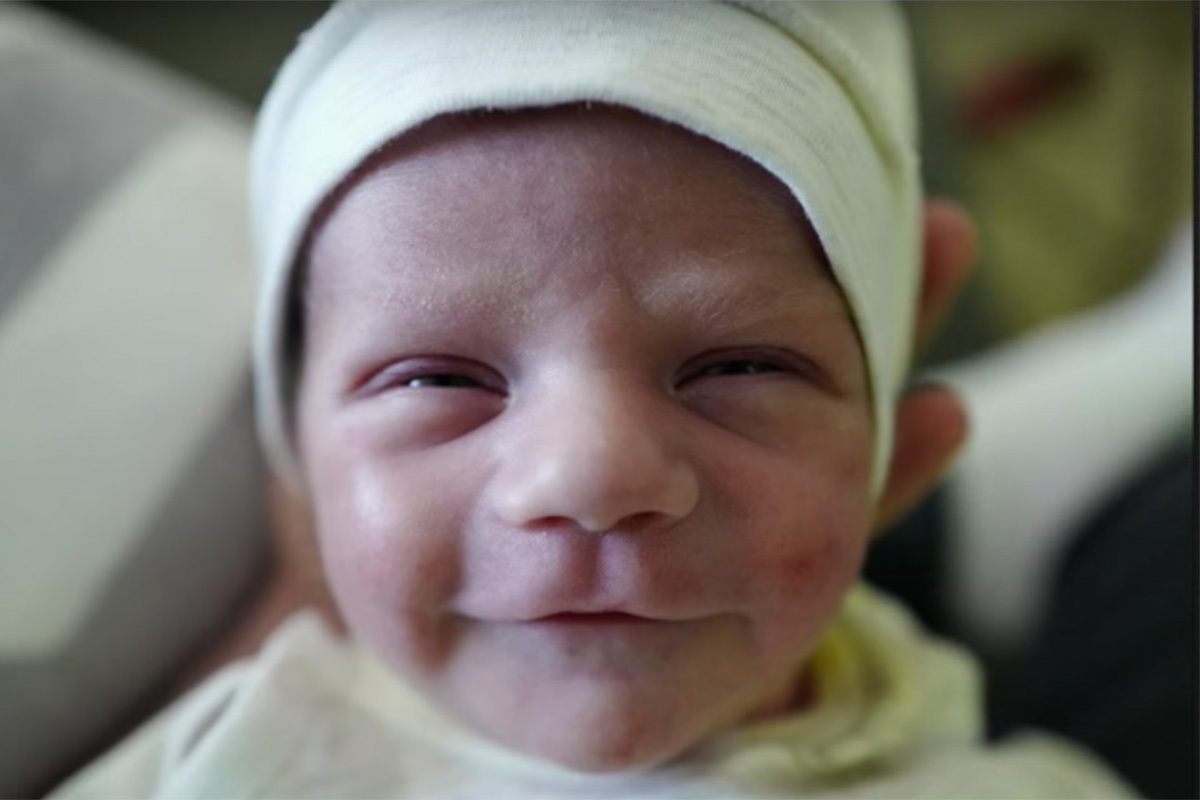 "There wouldn't have been all this rush and urgency," Weber said. "That's the nice thing about prenatal diagnosis. It's a smooth transition. You don't have people going crazy trying to figure out what's wrong."

The condition can be caught during pregnancy via ultrasound, but often is missed unless practitioners are looking for it, said Weber, director of interventional pediatric cardiology at Penn State Children's Hospital.

Jack Rychik, director of the fetal heart program at Children's Hospital of Philadelphia, was even more emphatic.

"This is exactly the sort of thing that should be identified before birth," Rychik said.

When doctors diagnose tetralogy of Fallot during pregnancy, not only can surgeons be prepared to operate if needed, but parents have time for training and education, Rychik said.

"When you know about it ahead of time, you don't skip a beat," Rychik said.

At CHOP, researchers also are studying prenatal interventions that may improve developmental outcomes later in life for children born with heart defects.

Typically in such children, doctors would administer drugs called prostaglandins to keep open a vessel called the ductus arteriosus, which normally closes after birth, Rychik and Weber said. Keeping it open artificially allows the blood to remain oxygenated until surgery is performed, avoiding the low oxygen levels that would lead to purplish skin, they said.

In patients whose pulmonary artery is blocked or abnormally small, a condition called pulmonary atresia, the surgical fix involves cutting open the undersize vessel along its length and adding a patch to widen it, Weber said.

Both physicians stressed that they had no first-hand knowledge of Billy's medical history, only what his father disclosed on TV.

In order to diagnose such a problem during pregnancy, the sonographer would have to look at blood flow through two ventricular "outflow tracts" — one leading to the lungs, the other to the body, Rychik said. The guidelines of several medical societies call for sonographers to check for proper flow through these vessels, which can be done at a regular 20-week ultrasound, Rychik said.

After describing the ordeal, Kimmel finished with a plea for politicians to maintain health insurance for patients with pre-existing conditions. That provision was a key feature of the Affordable Care Act, commonly known as Obamacare. Republicans have sought to replace the law, but there is bipartisan support for covering pre-existing conditions in some fashion.

"If your baby is going to die, and it doesn't have to, it shouldn't matter how much money you make," Kimmel said.