How Philly goes after the poor for child support, keeping families apart

After 12 years with an abusive partner -- 12 years of black eyes and broken fingers, a shattered wrist and a busted nose -- Carmen Rivera came to a realization: "It was either me leaving, or I was going to be dead."

So she fled, leaving behind their two children temporarily and giving up all her possessions. But starting over was even harder than she had feared. "You don't know how many times I wanted to go back," she said.

She knew the children's father might fight for custody. But she didn't anticipate that, after a volley of allegations, her children would end up in foster care for a year and a half. And she had no idea that the city -- instead of helping her get on her feet -- would sue her for child support.

"I was in tears," said Rivera of the meeting with a city-contracted lawyer, who told her she had no choice but to pay $11,000 in arrears and $300 per month in the future.

In fact, that reflects standard practice in Philadelphia, whose Department of Human Services (DHS) removes children from their homes at a rate much higher than in most big U.S. cities and collects nearly $2 million per year in child support from working parents.

While some children are removed because of abuse, advocates say many others are removed for reasons directly related to poverty.

"We have clients who the main barrier for them in reunifying with their child is they can't find affordable housing," said Kathleen Creamer, managing attorney of the family advocacy unit at Community Legal Services. "Then they get a job, they're working toward getting housing, and DHS sues them for children support, not just for now, but for the entire time their child has been in foster care."

In some cases, this prevents parents from bringing their children home, she said. In other cases, "we see reunifications completely destabilized by child-support enforcement."

DHS collects child support from parents in a range of circumstances, including those whose children are incarcerated in juvenile facilities (termed delinquency cases), and those whose kids are removed from their homes into foster care or other alternative housing situations (dependency cases).

Philadelphia may soon cease collections in delinquency cases, following research and advocacy by the Juvenile Law Center, students at Temple University, and the nonprofit Youth Sentencing and Reentry Project. Heather Keafer, a DHS spokesperson, said the agency hopes to receive state approval to end the practice, possibly as soon as April 1.  In the interim, DHS has set a March 31 end date for its contract with Steven Kaplan, a politically connected lawyer who made $316,000 annually pursuing child-support cases against working-poor parents; the process will now be handled by another contractor, Revenue Collection Bureau, which already has a contract with the Revenue Department.

City Council has also taken up the cause and will hold a hearing on costs and fees in the juvenile-justice system Friday morning.

But what that means for parents like Rivera is unclear. The city collects almost four times as much in dependency cases ($1.98 million in fiscal 2016) as it does in delinquency cases ($551,261). That reflects the sheer numbers of children in foster care: 5,735 in Philadelphia as of September 2015. The city's rate of removal is nearly three times higher than New York's.

Keafer said DHS was "re-examining child-support collection in dependency cases" and bolstering support services for families so few children will need to be removed.

But, she added, "we must follow established court guidelines, which determine child support, as well as federal and state law." 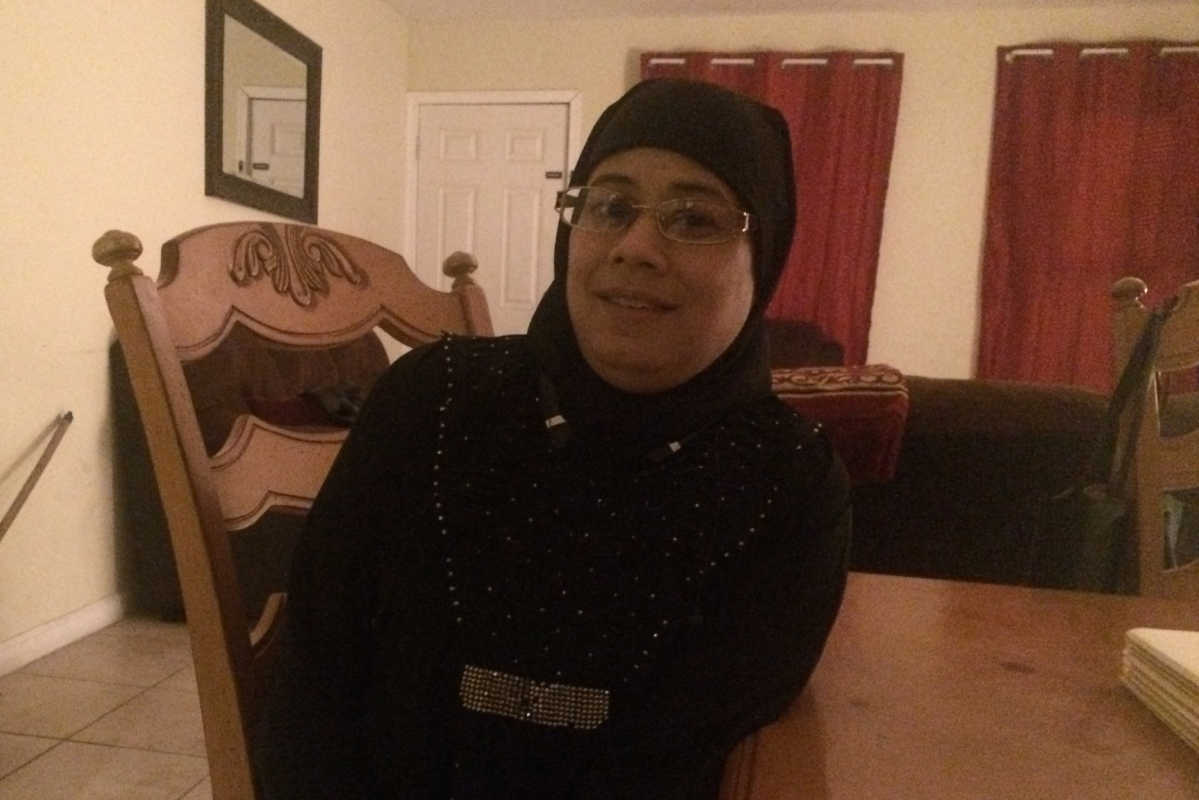 Samantha Melamed / Staff
Carmen Rivera at home in North Philadelphia. After more than a year in foster care -- which cost her thousands of dollars in child support -- her son has been allowed to stay with her.

The federal government, Creamer noted, provides money to support low-income children in foster care and also imposes two requirements on every local DHS. One requirement is to make "reasonable efforts" to help families reunify. The other is to seek child support "where appropriate."

Officially, inadequate housing is the reason for just 5 percent of child removals in Philadelphia. But Creamer says that the majority of children in foster care here come from poor families, and that "neglect" is a common reason DHS lists for removal.

"Neglect is highly correlated with poverty," she said. Think children not eating enough, or not having clean clothes because their parents don't have a washing machine. "We know anecdotally that poverty is driving kids into foster care, and it's keeping kids in foster care."

She said that the manner in which the city seeks child support often makes matters worse. Kaplan, acting on behalf of DHS, has often sought child support -- backdated to the time the child was removed -- only after children have been out of the house for six months or a year and parents have accrued thousands of dollars in child-support debt.

That is particularly problematic for families that, under federal law, have only a brief window in which to reunify.

"After 15 months, DHS is mandated to file a petition to terminate parental rights," Creamer said. "Sometimes we'll have clients who are making a ton of progress, and we're at month nine or at month 12, we're getting ready to reunify, and then this obstacle is put in their way."

Kaplan, who created the collection program in 1998, has defended the practice, noting that only working parents must pay child support.

But Daniel Hatcher, a University of Baltimore law professor who wrote about how this practice plays out around the country in his 2016 book, The Poverty Industry, said "child support" is a misnomer. The money collected goes not to the child in question, but into a general fund. States often spend more on enforcement than they end up collecting.

Hatcher says that under federal law, local agencies have the power to turn it around.

"I think states could read that 'where appropriate' clause very broadly, and never refer cases [for collection] unless reunification is no longer a goal," he said. "Or have an assumption that they're not going to refer unless they can show that it is appropriate -- to flip the burden. That kind of flip in mindset they could do right now."

Karriemah Harris, 36, called DHS in the summer of 2015. She was desperate: "My daughter was rebelling, running away. So I went to DHS and asked them to place her somewhere," she said. She wanted her daughter, then 11, to be safe and to receive behavioral-health treatment.

Harris, a mental-health counselor who lives in Germantown, said the situation quickly spiraled out of her control. Instead of a few months in a residential treatment center, her daughter spent about 15 months cycling through foster homes. In April 2016, Harris learned she had to pay child support: by then, she was more than $3,000 in arrears, plus $400 per month in the future. Between the child support and the lawyer she hired to fight it, Harris said, the action pushed her financial situation from precarious to unmanageable.

"Sometimes I couldn't pay my utilities or water bill. I couldn't eat," she said. Ultimately, "I had to file bankruptcy."

As Harris discovered, there is little help for parents fighting child-support actions.

Susan Pearlstein, a lawyer with Philadelphia Legal Assistance, said her office would work with parents facing child-support actions by DHS as part of a new initiative.

But that represents a reversal, as PLA and other legal aid organizations have been turning away parents seeking help for years.

"Because of our lack of resources and lack of funding, about seven years ago we stopped seeing child-support defendants. Then, about three years ago we stopped seeing child-support plaintiffs, as well," Pearlstein said. "So if you are seeking assistance with child support in Philadelphia and you can't afford an attorney, there really [was] no place for you to go."

That left parents like Rivera to meet with Kaplan one on one. She said he told her if she did not agree to pay the $11,000 in back child support and a reduced $300 per month, she would be on the hook for $1,100 per month. She agreed. As a result, her wages were garnished and so was her tax return -- nearly $8,000 she had been counting on to secure a car and better housing.

Her son is home with her now; her daughter chose to live with her father. Rivera rents a house in a crime-ridden part of North Philadelphia. Her front window is broken. "This neighborhood is horrible," she said. It's what she can afford.

When a reporter visited her home, she was telling her son about a new video game she had bought for him. It's one thing she'll splurge on. "I buy him any video game he wants, just to keep him in the house," Rivera said after he disappeared upstairs. She worries for his safety when he's out on the street.

She may be in debt, but at least she no longer fears that she's in constant danger in her own home.

"The first step is safety. I can sleep at night."

We Recommend
Renovating a house together can challenge a relationship. Compromise is key.
Terri Akman, For The Inquirer
Enjoying a home and family, as planned
Anndee Hochman, For The Inquirer
Designs from Philly-area residents part of the Kolam Project, which welcomes first South Indian vice president
Lini S. Kadaba, For The Inquirer
Pennridge School District was sued over a bus driver who sexually abused a special-needs student
Maddie Hanna
Dear Abby | Dad objects to sharing his part in daughter’s wedding
Dear Abby
Working is in the blood of this 85-year-old who once retired for five whole days
Marc Narducci
Inquirer Morning Newsletter