Of all the crimes that federal prosecutors have sought to lay at the feet of Thomas Woewiyu – the 72-year-old Delaware County man on trial in Philadelphia for purportedly hiding his past as a top lieutenant to Liberian warlord Charles Taylor – his alleged involvement with conscription of children most closely ties him to the worst excesses of that brutal conflict.

He stared off into the distance as he spoke, his rheumy eyes nearly blind from a combat injury sustained when he was 12.

He raised what remained of his right hand – a twisted, fingerless stump of flesh – and swore to tell the truth, the whole truth, and nothing but the truth.

And as he unbuttoned his shirt to show a jury the war wounds that still plague him, the former Liberian child soldier named Iven identified the man whose army he blamed for putting a gun in his small hands 25 years ago, hoping to make him a killer.

"They called his name," Iven said, nodding toward the man at the defendant's table. "Chief Tom Woewiyu."

Of all the crimes that federal prosecutors have sought to lay at the feet of Woewiyu – the 72-year-old Collingdale, Delaware County, man on trial in Philadelphia for purportedly hiding his past as a top lieutenant to Liberian warlord Charles Taylor – his alleged involvement with the conscription of children during that country's first civil war in the 1990s most closely ties him to the worst excesses of that protracted and brutal conflict.

Since the trial began last week, Woewiyu has sought to distance himself from many of the documented atrocities committed by Taylor's regime during a war that left more than 200,000 of the West African nation's civilians dead. But Iven, now 37, and other former child soldiers flown from Liberia to testify this week have put him at the very center of their experiences during the fighting. 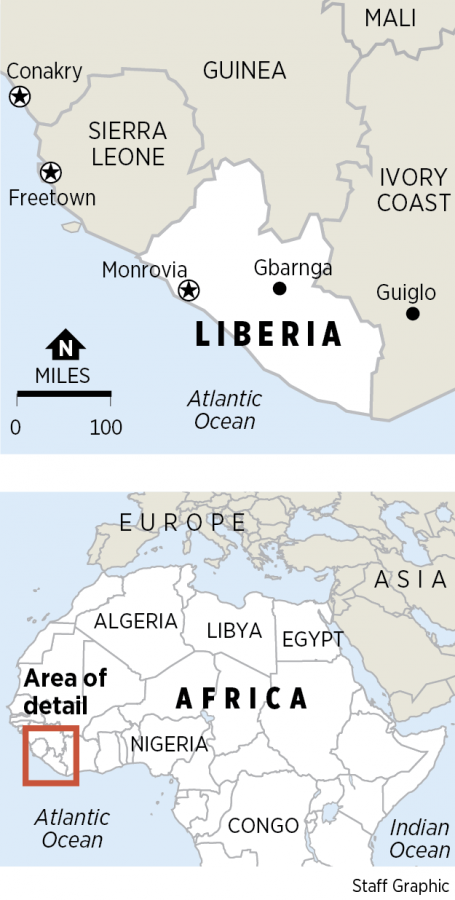 Nearly all described encounters with the man they knew as Taylor’s defense minister — then in his 40s, dressed in camouflage, and traveling with a coterie of his own junior commandos as bodyguards.

His visits, they said, came days before they were handed AK-47s, machetes, or rocket launchers, and sent to the front lines to fight. The young recruits were forced to sing songs and stand at attention to herald his arrival. Woewiyu, they said, greeted them with a particularly grim brand of motivational speech.

"He gave the command that no one should make an attempt to escape," one former child soldier testified Thursday. "If anyone escaped, that person should be executed."

Others recalled Woewiyu reacting with stern bluster to a room full of sobbing young conscripts, some no older than 10.

"You are not better than the soldiers behind me," he told them, according to statements they gave prosecutors. "You have to defend your country."

Iven's older sister, Janet, teared up as she recalled the 1992 day her brother was ripped from her arms. Like the other witnesses quoted in this story, her full name is being withheld by the Inquirer and Daily News at the request of activists who say the witnesses may face potential reprisals.

Already forced by the war to flee their home, Janet and Iven had been eking out a meager living selling scavenged plantains and cassava root at a village market.

"I saw a group of people coming," Janet told jurors. "People were running. Everybody was frightened. The soldiers were in the market catching little boys."

Amid the chaos, young combatants carrying automatic rifles – most no older than her brother – surrounded Iven and dragged him from her side, she said. They loaded him and the other children into a truck heading off into the bush.

"I cried and cried and cried," she recalled. "We started to run behind the car. Iven, too, was crying … [He] was in the back of the car calling to me."

Janet had heard stories of these types of raids and knew that many of those taken that day might never return from the front. The day Iven was abducted, she and several others from the village headed to a nearby outpost to plead with Woewiyu for his release.

"We were yelling, 'Help us. Please let our children go,'" she told jurors. "He turned around and just looked at us. Not a single word. He didn't care. "

Taylor's army, the National Patriotic Front of Liberia (NPFL), was hardly alone in conscripting child combatants during the multi-faction tribal war that erupted after Liberian President Samuel Doe's execution in 1990. But its use of them was particularly widespread and notorious.

They were prized for their malleability and tendency to follow the lead of adult commanders as well as for their fearlessness in battle, born of a youthful sense of invulnerability.

Assigned to a specialized Small Boys Unit, they would be sent to makeshift training facilities – often in repurposed schoolhouses – and taught how to field-strip weapons or take cover from enemy fire. Many, high on drugs provided by commanders, were sent to serve as guards at checkpoints that dotted the Liberian countryside.

British journalist Mark Stucke testified Monday that while reporting during the war he encountered several child soldiers — half-naked, strung out, and screaming malevolently from the bush. Other witnesses, scheduled to testify later in what is expected to be a three-week trial, say that they saw children cutting the ears of civilian captives or stabbing conscripted workers in the back with bayonets.

Taylor — who went on to become Liberia's president, only to later face a war crimes tribunal at the Hague — denied that any of the children fighting for him had been forced into combat. And Woewiyu, his chief spokesman, took that line in response to international outrage during a 1992 interview with the BBC.

"The AK-47 weighs maybe 10 to 15 pounds," he said in a clip played for jurors last week. "If this young fellow feels like, if he doesn't fight he will be dead anyway, he comes forward to do what he has to do."

In court, Woewiyu has adopted a less confrontational tone. His lawyers have not sought to deny the childhood experiences of men like Iven, but instead have questioned what those ordeals have to do with their client's case.

Although much of Woewiyu's trial has served as a referendum on his conduct during the war, he is charged only with immigration crimes related to lies that prosecutors say he told to U.S. authorities about his role in Taylor's army. Woewiyu contends he never tried to hide his association with Taylor, describing his failure to mention it on his 2006 application for U.S. citizenship as an oversight.

But for Janet, the thought of her kid brother being sent into combat was too much to bear. Fearful she would never see him again, she refused to stray far from the base where her pleas to Woewiyu had fallen on deaf ears. Each afternoon, she testified, she ran out to the road whenever she heard military trucks approaching, desperate for any news.

Five days after Iven's abduction, a convoy came bearing reports of an enemy ambush and, terrified that her brother was among the dead, she ran frantically from room to room at a nearby hospital calling his name.

To both her horror and immense relief, she told jurors Thursday, she eventually heard a familiar voice calling back.

"I'm here. I'm lying down here. I'm dying. Come for me," Iven recalled himself shouting once he heard his sister's cries.

He had been nearly blinded by an enemy rocket that exploded on top of his convoy days after he was taken. The blast sent shrapnel into his eyes and ripped off most of his right hand.

Iven was left disfigured and would remain hospitalized for months. But even in the face of her brother's serious injuries, Janet, through tears, recalled feeling an overwhelming sense of relief.

Her child soldier had returned from the front lines alive.