How dangerous is childbirth in the Philadelphia area? Here are the rates of severe complications.

In Southeastern Pennsylvania, the severe complication rate ranged from a low of .3 percent at Paoli Hospital and Einstein Medical Center in East Norriton, to a high of 3.3 percent at Thomas Jefferson University Hospital in Center City.

Every year in this country, about 700 women die during or soon after giving birth, making this the most dangerous nation in the developed world to have a baby.

Far more women – 50,000 – narrowly survive childbirth. And women who are poor or African American are at greatest risk of life-threatening complications such as hemorrhage or stroke.

Here in the Philadelphia region, the severe complication rate for 2014 through 2017 ranged from a low of 0.3 percent at Paoli Hospital. Bryn Mawr Hospital, and Einstein Medical Center in East Norriton, to a high of 3.3 percent at Thomas Jefferson University Hospital in Center City.

Experts caution that these rates alone aren’t enough to judge the quality of hospital care, but until now, the public had no way to even know what the rates are.

Calling it “the secret number maternity hospitals don’t want you to know, USA Today last week published the severe complication rates for all maternity hospitals in 13 states, including Pennsylvania. Investigative journalists used hospital billing data and the formula created by the U.S. Centers for Disease Control and Prevention to calculate overall rates, plus those for African American women and low-income (Medicaid) patients.

The median (midpoint) rate of severe complications for the 13 states was 1.4 percent. Pennsylvania’s median rate was lower, 1.1 percent.

USAToday estimated how often women giving birth experience serious complications in each Pennsylvania maternity hospital. The newspaper used hospital billing data for 2014 through 2017 from the Pennsylvania Health Care Cost Containment Council, and calculation methods created by the U.S. Centers for Disease Control and Prevention. Rates for black and low-income mothers were calculated separately to reveal disparities. The rates are not adjusted to account for the severity of patient case mix at each hospital. “N.C.” means there were too few black or low-income mothers for a reliable calculation. 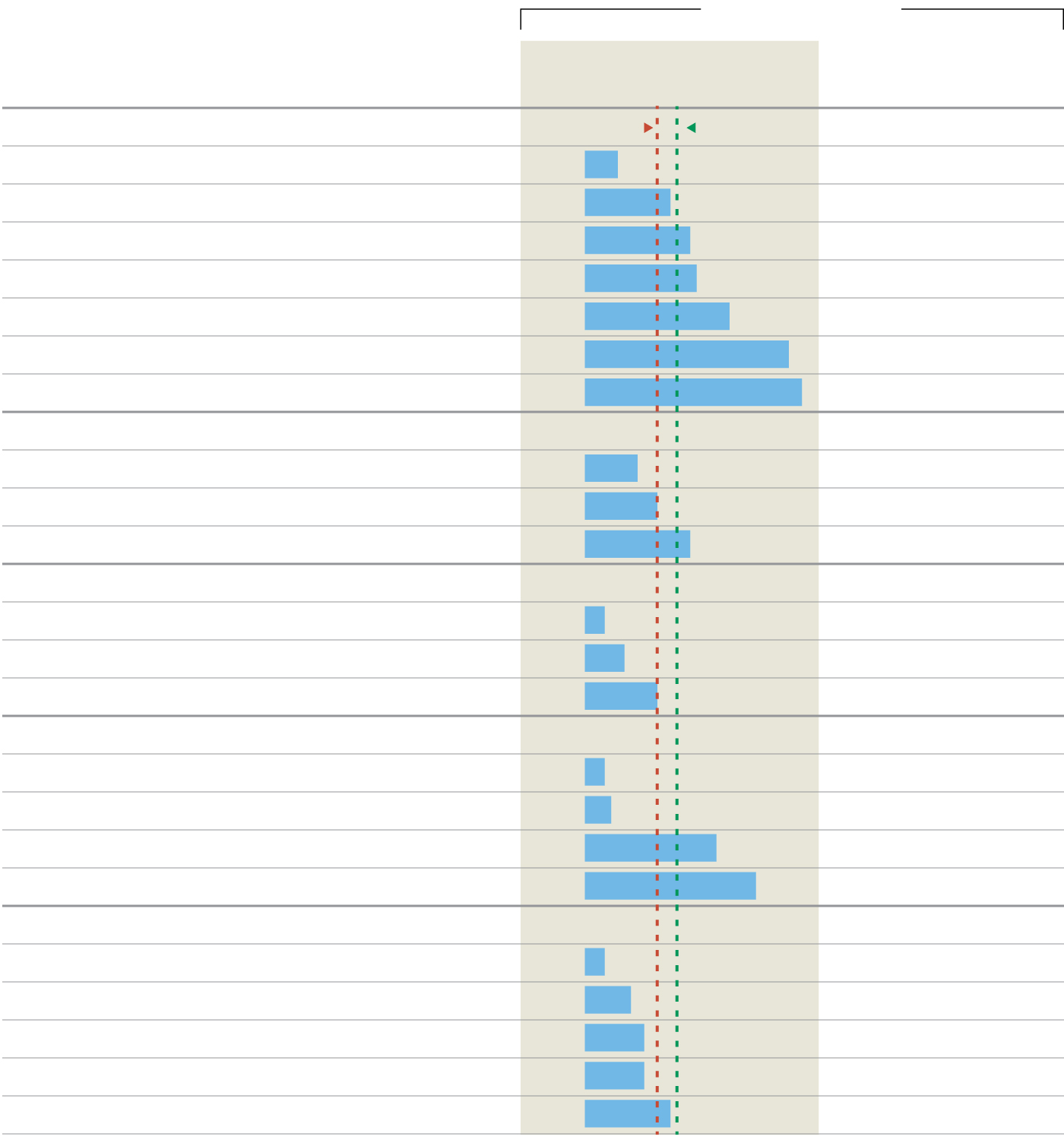 Hospital of the University of Pa.

This heartbreaking aspect of childbirth has come under scrutiny by the media and medical authorities in recent years because this country’s maternal mortality rate has been rising for at least two decades. Meanwhile, tennis legend Serena Williams and pop star Beyoncé, who both suffered life-threatening complications giving birth, have brought new visibility to the heightened risk that black women — even those of great wealth — face in the delivery room.

Even at Philadelphia area hospitals with complication rates well above the median, specialists applauded the investigation, while cautioning that the CDC’s severe maternal morbidity rate was created to study state and national trends, not to compare hospitals one-on-one. As USAToday noted, “A high rate alone doesn’t mean a hospital provided bad maternity care and a low rate doesn’t mean the hospital is the safest place to give birth.”

But with that caveat, local rates offer a window into a health-care field that is full of medical, racial, and socioeconomic complexities.

Einstein Medical Center’s main hospital on Old York Road has the lowest overall severe complication rate of city maternity hospitals, 0.5 percent. Most of Einstein’s maternity patients are African American or low income, or both, but there is no significant disparity between their rates and the overall rate.

“Our numbers are fantastic and we’re very proud of that,” said David Jaspan, chair of obstetrics-gynecology at Einstein. “I think it’s a matter of creating teams and approaches and putting the right resources where they need to be.”

For example, Jaspan said, if a woman has dangerously high blood pressure, Einstein clinicians immediately prescribe and give medication to bring it down — a nationally recommended protocol that not all hospitals follow.

“In some institutions, the nurse checks the blood pressure, then has to page the doctor, who has to call back, so there’s a communication delay,” Jaspan said.

Compared with white women in the U.S., black women are three to four times more likely to die in childbirth, and twice as likely to suffer severe complications. To some degree, this reflects their higher rates of poverty, and of health problems such as diabetes, obesity, and hypertension.

But there is a growing consensus that hospitals use racial and economic factors as excuses for lapses. “Hospitals blame moms when childbirth goes wrong,” USA Today says.

At Temple University Hospital, where 84 percent of maternity patients are low income, the complication rate for all women and poor women is the same — 1.7 percent.

Temple has adopted best-practice protocols developed by leading maternity-care collaboratives, said Wadia Mulla, the hospital’s director of obstetrics and maternal-fetal medicine. For example, a calibrated plastic drape is used to catch blood lost during a vaginal delivery. A woman who loses 500 cubic centimeters — equal to about two cups — is automatically treated for a presumed hemorrhage, even if the cause and severity are not immediately clear. Hemorrhage causes a severe drop in the mother’s blood pressure and may lead to shock and death if not promptly treated.

“Traditionally,” Mulla said, “physicians and hospital systems would say, ‘Childbirth is a happy time.’ The idea was that morbidity was rare because most young women are healthy. But over the last 10 years, ACOG [the American College of Obstetricians and Gynecologists] has discussed the fact that, wait, a lot of our patients are not healthy.”

Two centers with comparatively high levels of severe complications — the Hospital of the University of Pennsylvania (HUP) and Thomas Jefferson University Hospital — illustrate a limitation of the severe maternal morbidity rate: It is not “risk-adjusted,” meaning it does not take into account whether the maternity unit has a disproportionate number of very high-risk patients.

Both HUP and Jefferson accept referrals of pregnant women with heart failure, kidney problems, cancer, and other high-risk factors that not all hospitals are willing to take on, as well as transfers of women who develop emergencies during deliveries at other hospitals.

Because Jefferson is known for its substance-abuse treatment program, about 10 percent of its maternity patients are struggling with addiction — another risk factor for serious complications.

“We take the sickest of the sick,” said Vincenzo Berghella, director of maternal-fetal medicine at Jefferson, where the severe complication rate is 3.3 percent. “We’re not blaming the patients at all. We want to see them. And the vast majority have wonderful outcomes.”

Sindhu Srinivas, director of obstetrical services at HUP, where the rate is 2.2 percent, said clinicians are constantly looking for ways to prevent crises. For example, they recognized that many new moms with high blood pressure were having emergency readmissions to the hospital days after going home, yet the women weren’t coming back for scheduled appointments.

HUP developed Heartsafe Motherhood: Women are sent home with blood-pressure cuffs, then they get phone text reminders to check their blood pressure and text back the results.

“It has almost eliminated readmissions,” Srinivas said. “It went from 5 percent to 1 percent.”