Who is Johnny Doc, Philadelphia’s most powerful union leader?

John “Johnny Doc” Dougherty is the most powerful pol in Pennsylvania who’s never won an election. Despite investing more than $1 million in a 2008 run for state Senate, Dougherty lost so badly that his political foes in South Philly felt emboldened to chant “Doc is dead!”

The grave-dancing proved to be premature. The man who’s led Local 98 of the International Brotherhood of Electrical Workers in Philadelphia for a quarter-century has only grown more powerful, amassing unrivaled influence across the state. What follows is a glimpse of who Doc is and the power he wields. 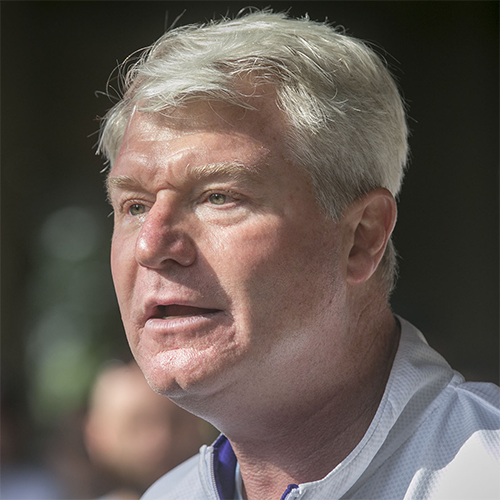 Jump to a section to see how Johnny Doc has influenced Philly.

He has rats and drones and a flair for street theater.

Dougherty has always cast himself as an in-your-face champion for Philadelphia’s union members. Under his leadership, countless Philadelphians have seen Local 98’s inflatable rats at picket lines at nonunion building sites across the city. Dougherty has also upgraded his tech. There’s an eye-catching Rat-mobile — which Dougherty promised to send to Jersey Shore towns to hector “fat cats who abuse workers” — and a drone that a union spokesman said was meant to be used to spy on construction sites for undocumented employees, a move that infuriated advocates for immigrant communities.

He has a rep for intimidation and violence.
Inquirer Morning Newsletter

The non-union construction site just down the block from Dougherty’s home was a sore spot. The union leader and a worker traded insults and then punches over, of all things, a Local 98 decal on a truck. Then ... nothing. Dougherty, as he had so many times before, got into and then out of trouble. There was an investigation, but no charges as the city viewed images from surveillance video of the bloody punch-up. Dougherty and his union also had emerged relatively unscathed from investigations by the Philadelphia Board of Ethics and, previously, a federal probe into his personal finances.

He is behind Pennsylvania’s new congressional districts.

Dougherty’s most consequential power move came in 2015, when he leveraged Local 98’s financial might to help his younger brother, Kevin Dougherty, get elected to the Pennsylvania Supreme Court, flipping it to Democratic control. “My dad thinks judges are like the ultimate,” he once explained. Last year, the court struck down the state’s existing congressional map for being unconstitutionally gerrymandered to benefit Republicans, and imposed a new map just before a crucial May primary. Pennsylvania’s 18 congressional seats are now evenly divided between Republican and Democrats; previously, Republicans held 13 of those seats.

He helped elect two of the last three Philadelphia mayors.

Dougherty took over Local 98 in 1993. His political breakthrough came six years later, when he backed then-City Council President John Street for mayor in 1999. Dougherty reaped the rewards — power and position for him and his allies — for helping Street win two terms. Mayor Michael Nutter, an intractable foe, faced Local 98’s lingering wrath for eight years. With Nutter’s second term ending in 2015, Dougherty convened a caucus of union leaders to handpick the next mayor. Jim Kenney, then a councilman, was anointed and, with union help, won the election.

Philadelphia, like many big cities, was watching its population dwindle. Long proud neighborhoods decayed into vacant houses and empty lots. But the building trades unions, led by Local 98, pushed for a key incentive to lure back residents — a 10-year tax abatement on new construction. The program was such a success that now some in City Hall question whether it is necessary anymore. Dougherty has fought back attempts to end or limit the tax break.

Dougherty helped push Mayor Kenney’s sweetened-beverage tax, a.k.a. the soda tax, through City Council. It is both Kenney’s largest first-term achievement and most controversial accomplishment. For Local 98, the tax means more work, with funding flowing to renovation projects for city properties. It is also the next battleground in local politics, with a small army of potential City Council candidates picking a side and then expecting support from the soda industry or soda-tax proponents.