Environmental center to connect its 340 acres to Schuylkill River Trail

The Schuylkill Center, which borders the Schuylkill River Trail, remains largely hidden from sight by hikers, bikers and runners because there is no direct connection. That will soon change.

It might seem a natural fit for the Schuylkill Center for Environmental Education, the largest privately owned open space in Philadelphia, to connect its 340 acres to the nearby Schuylkill River Trail. But the center, which borders the trail, remains largely hidden from hikers, bikers, and runners because there is no direct connection. That will soon change.

The center announced Thursday it would start building a link in June that should be completed by fall. 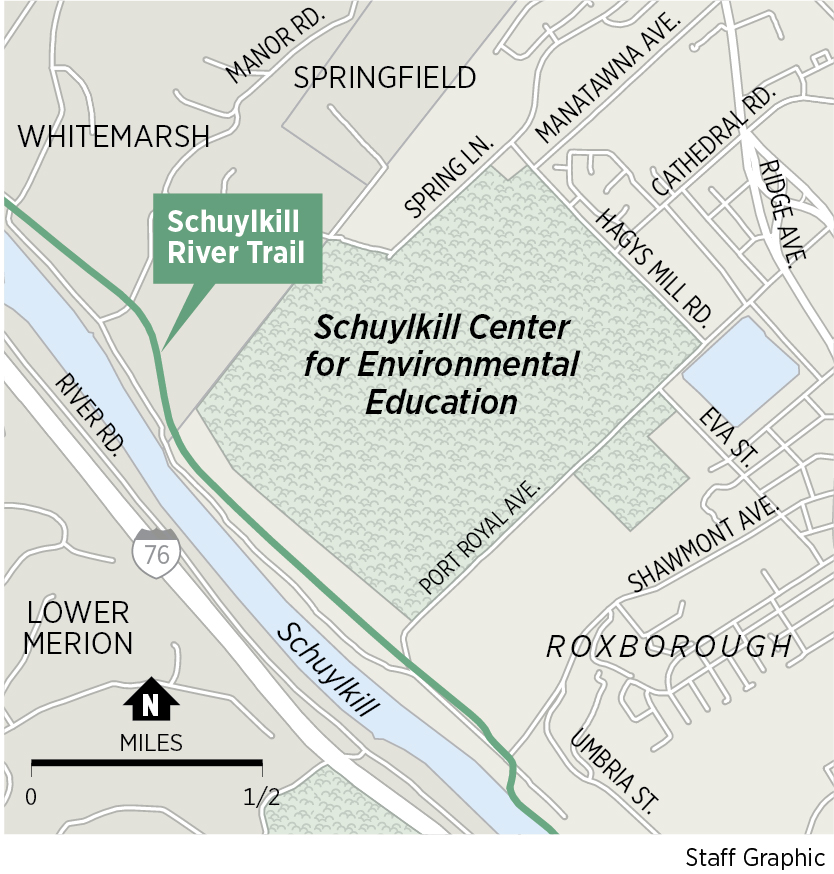 “All these thousands of people go by the bottom of our property and don’t know that we’re here,” said Mike Weilbacher, executive director of the center.  He said the concept began to take shape about three years ago.

He said trail users will be able to access "a surprisingly rare view in the city of Philadelphia" when the connector is complete, providing an overlook to a stream that originates on the center's property and flows into the Schuylkill.

A metal fence on the center's property currently blocks the view. That fence will be torn down and replaced with one that doesn't impede the sight line.

"We're revealing and telling the story of a beautiful stream and forested glen to the river trail users," Weilbacher said.

The Schuylkill Center is situated off Hagy's Mill Road in the northwestern part of Philadelphia, just above Roxborough.  The center's grounds feature woods, meadows, ponds, and wetlands, as well as four miles of hiking trails. It hosts public programs and is home to laboratories, classrooms, and an interactive children's exhibit.

The Schuylkill River Trail is currently about 60 miles long, with a projected total length of 130 miles. A 30-mile unbroken stretch now runs from Center City to Parkerford, not far from Pottstown.

The new connector is being paid for with funding from the William Penn Foundation, and the project will join the center's own four miles of trails to the larger river trail. The connector will also provide a second entrance to the center, and a bike rack, provided by REI, will be installed at the junction of the river trail, as well as a welcome kiosk. Bikes are prohibited on the center's trails, though hiking is encouraged.

"By creatively establishing a direct physical link to the trail, the center will be able to connect with thousands of people on the trail to increase their awareness of the Schuylkill River and its important role in the Delaware River watershed," said Andrew Johnson, director of the William Penn Foundation Watershed Protection Program.

Frank Kummer
I cover regional environmental issues, including climate change, from the Poconos to Philly and its suburbs, through to the New Jersey Shore.