In 2011, activist Wali Rahman ran for mayor of Philadelphia, and a central message in his longshot campaign was that the police had become too large a presence in the city.

On Friday, Rahman was arrested and accused of vandalizing a 10-foot-tall tribute to the most famous cop in city history — the bronze Center City statue of former Commissioner and Mayor Frank L. Rizzo.

Police said Rahman, 40, of Germantown, spray-painted Black Power onto Rizzo's chest and arm around 11 p.m. Thursday. Video of the act recorded by Fox29 cameras was used to identify Rahman, who got 3.6 percent of the vote in the 2011 mayoral contest.

In addition to allegedly spray-painting the statue, Rahman is accused of writing "The Black community should be their own Police" on the steps beneath the statue at Thomas Paine Plaza across from City Hall.

The statue has become the focus of renewed criticism in the aftermath of last weekend's violence in Charlottesville, Va. Protesters and some city officials have said it represents an era in which a tough-talking, law-and-order mayor  discriminated against minorities and homosexuals. On Wednesday evening, thousands of demonstrators surrounded the statue and called for its removal. A man was ticketed for throwing eggs at it earlier that day.

The future of the statue remains unclear. Mayor Kenney reiterated Friday that its fate should be discussed but that the time and forum for that discussion hasn't been decided. "We'll probably have a better idea next week," he said when pressed by reporters at an afternoon event. 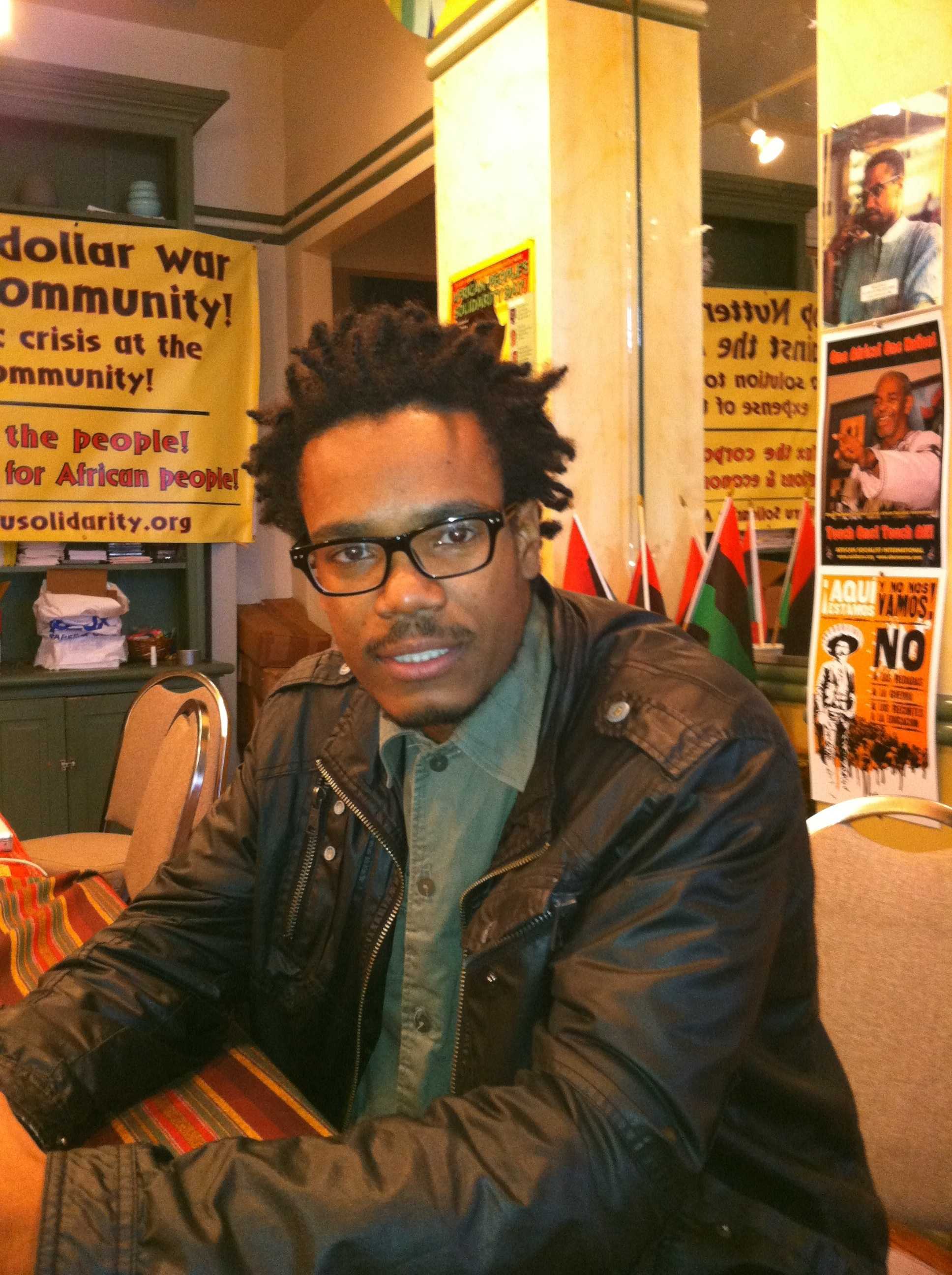 Wali Rahman, 40, of Germantown, was charged.

Rahman, who could not be reached for comment Friday, appeared to post about the spray-painting on his Facebook page less than an hour after police said the crime occurred.

He was arrested around 6 a.m., according to a police source, and later charged with criminal mischief, possession of an instrument of crime, and two related counts.

It was not immediately clear whether Rahman had retained an attorney, and police said they were not certain of Rahman's bail status Friday afternoon.

The paint had been washed clean by city workers early Friday.

Police had been stationed near the statue in the aftermath of Wednesday's protests, but the vandalism came during an unguarded moment Thursday night after barricades around the statue had been taken down. Kenney said Friday that he didn't know whether police had decided to stop monitoring the plaza or simply missed the vandalism. A police spokesman declined to comment.

"Honestly, our police are really busy, and have very serious things to do within the community," Kenney said. "We have neighborhoods that are ravaged with real problems, and I'd rather have them doing that than guarding a statue."

In 2009, Rahman was arrested for scuffling with police while protesting then-Mayor Michael A. Nutter's City Hall budget address, an arrest that he later told a TV interviewer he believed was unfair. He was sentenced to two years' probation and anger management classes, according to court records.

Video of the Rizzo statue defacing was captured by local news cameras and later posted on Twitter:

Here you go @6abc @briantaff6abc (No, I did not film this..it was already posted on social media. smh) pic.twitter.com/S0MgmlsoK2

In an interview this week, former City Councilman Frank Rizzo said his father was an advocate for all law-abiding Philadelphians. Many former police officers contacted him Tuesday, he said, worried that the statue was at risk. The thing about his father was, above all, "he loved this city," Rizzo said — so much so that he died in his campaign office July 16, 1991, running to be elected again as mayor.

The former councilman said he once encountered an African American woman paying her respects to the statue. The woman had walked into the mayor's office seeking help for her son, who was spinning out of control. Mayor Rizzo telephoned him and told him to come to City Hall. He got him a job that day. "She said, 'He helped me out, and saved my son's life.' "

But Councilwoman Helen Gym said on Twitter that the statue should go.

All around the country, we're fighting to remove the monuments to slavery & racism. Philly, we have work to do. Take the Rizzo statue down.