"Suffice it to say things are unresolved."

After going a full week without seeing a single cartoon make it into the newspaper, Pittsburgh Post-Gazette cartoonist Rob Rogers got a cartoon about trade and the city's steel industry out to readers Tuesday.

But his cartoons soon again disappeared from the publication. Rogers, who has seen his work killed at an increasing pace since Keith Burris took over as the newspaper's editorial director in March, announced that he was taking a short vacation scheduled to last though Monday.

"Suffice it to say things are unresolved," Rogers said in an interview with the Inquirer and Daily News. "I am still employed at this point. I'm waiting each day to hear something."

Rogers, a Philadelphia native who at one time contributed cartoons to the Inquirer, has been the Post-Gazette's staff cartoonist since 1993. (Editor's note: Tornoe is also a cartoonist, but hasn't worked with Rogers.) In that time, the left-leaning cartoonist has skewered all sorts of politicians, both Democrat and Republican. Under previous editors, Rogers said, he's seen one or two cartoons killed a year, usually in instances that involved controversial subjects or issues could make readers uncomfortable.

"Pittsburgh is a big Catholic city, so there were definitely a few pedophile priests cartoons that were very controversial, and [my bosses] were sensitive to," Rogers said. "You could sort-of see what the reasoning was there."

But since Burris took over in March, Rogers has seen 19 cartoons or ideas spiked, most involving criticism of President Trump. What Rogers says has confused him the most are the non-Trump cartoons that have been killed, such as one he drew about the NFL's decision to ban players from protesting racial injustice during the national anthem.

Burris did not respond to multiple requests to comment, but he did issue a brief statement to Pittsburgh CBS affiliate KDKA that read, "It's really a personnel matter which we are working hard to fix."

Burris added: "We have great respect for Rob and understand his importance to the community."

One killed cartoon that baffled Rogers was a panel poking fun at Roseanne Barr, who blamed a racist message she sent on Twitter in part on taking Ambien. Rogers' cartoon featured a man in a doctor's office dressed in Ku Klux Klan robes also blaming the popular sleep aid.

"Why didn't the Ambien cartoon run? It makes no sense. And that particular cartoon was a cartoon that I drew after my original idea, which compared Trump to Roseanne, was killed." Rogers said. He said he had been trying to work with Burris to figure out a way to get his cartoons back in the newspaper.

Instead, the paper ran a different Roseanne cartoon drawn by Kirk Walters, the staff cartoonist of the Post-Gazette's sister newspaper, the Toledo Blade.

Burris, who stoked controversy in January by writing a editorial defending Trump's criticism of immigrants from "s–hole countries," was made the editorial director by publisher John Robinson Block. Rogers said he had worked under Block for nearly 25 years without problem until the past few months.

"[Block] was championing me and my cartoons for decades, and managed to match two offers I had from other papers to keep me in Pittsburgh," Rogers said.

Block did not respond to multiple requests for comment, but did tell the Washington Post in a statement: "This is an internal, personnel matter we are working hard to resolve. It has little to do with politics, ideology or Donald Trump. It has mostly to do with working together and the editing process."

Block has been an outspoken supporter of Trump in recent years. In 2016, both Block and Burris spent time on Trump's private plane at the Toledo Express Airport following a campaign rally, according to the Toledo Blade.

"It doesn't take much to connect the dots between the absence of Rob's left-leaning cartoons and the recent arrival of a Trump-supporting editorial page editor," the American Association of Editorial Cartoonists said in a statement. "The editorial pages are a public forum, not a members-only private resort in Florida."

Rogers said the outpouring of support from readers has been overwhelming. Even Pittsburgh Mayor Bill Peduto, a frequent target in Rogers' cartoons, offered his support in a statement on Twitter (while also pointing out he's not particularly fond of how Rogers draws him).

"Readers are also writing letters to the editor, which they're not publishing. But some of them have been c'd to me by the people writing the letters," Rogers said. "You think you're working in a bubble, and you don't get to watch when someone opens the paper and enjoys the cartoon. But you never imagine how many people are actually following and looking."

Rogers said he was hopeful he and the newspaper where he's spent the bulk of his career could find a way to move forward.

"I just want to do my job. I get excited about the possibility of drawing another cartoon and afflicting the comfortable and speaking truth to power," Rogers said. "I just want to get back to doing that. That's what I'm hoping they'll let me do. And if not, then I'll have to find another way to do it."

In addition to the two cartoons above, here are the eight other cartoons drawn by Rogers that have been spiked since March. All have been reprinted here with Rogers' permission: 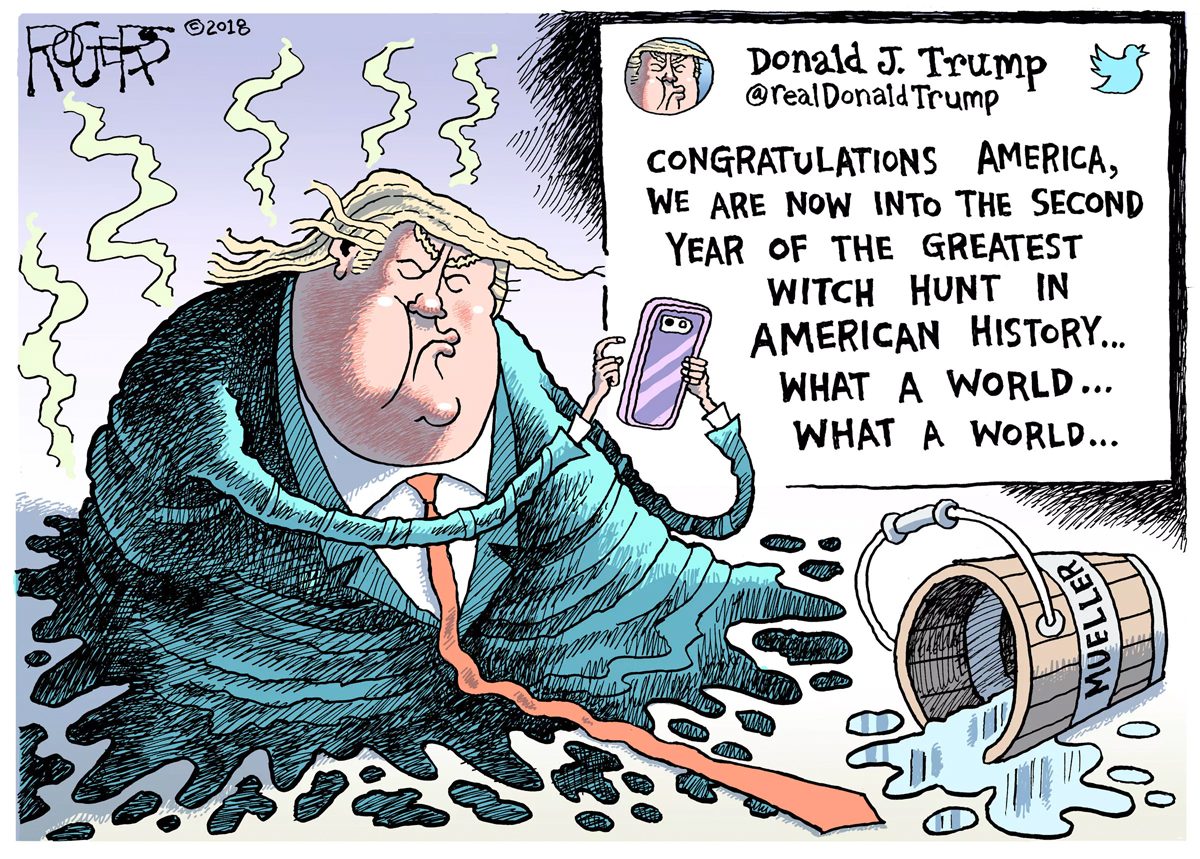 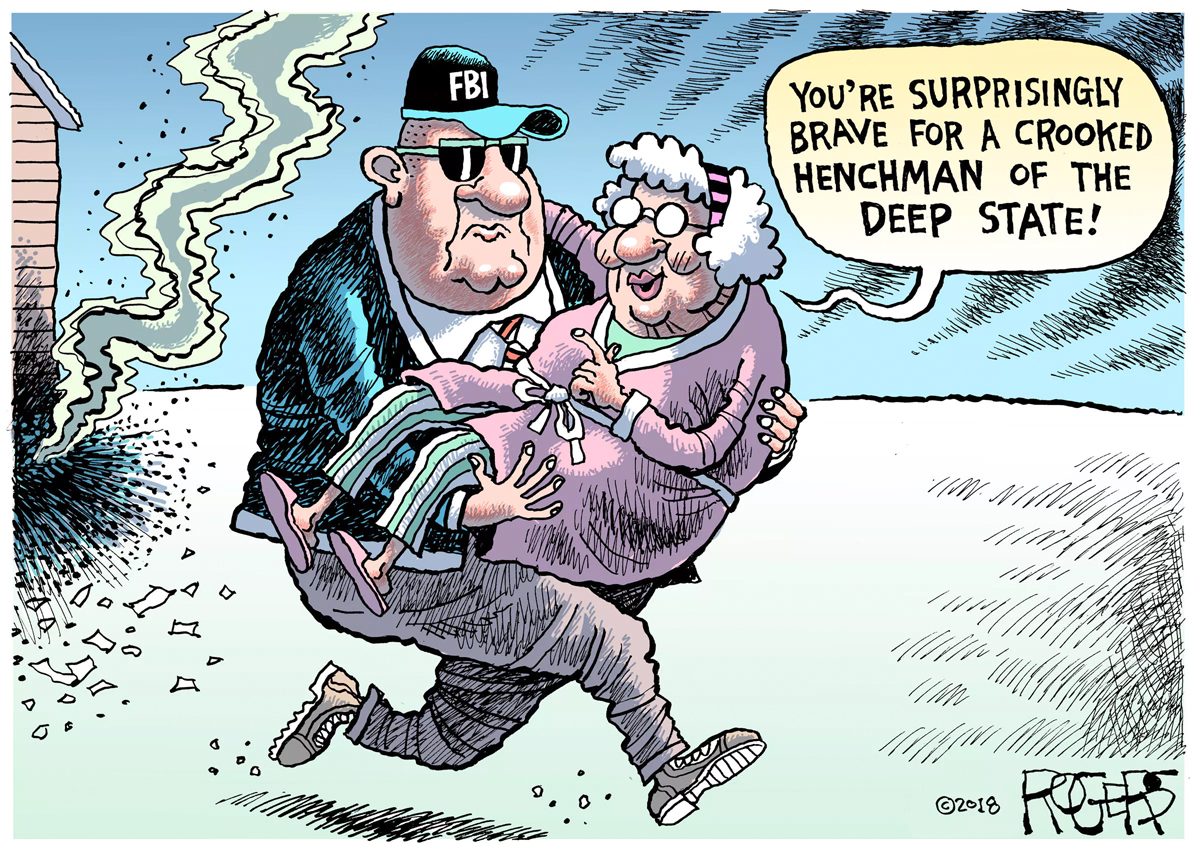 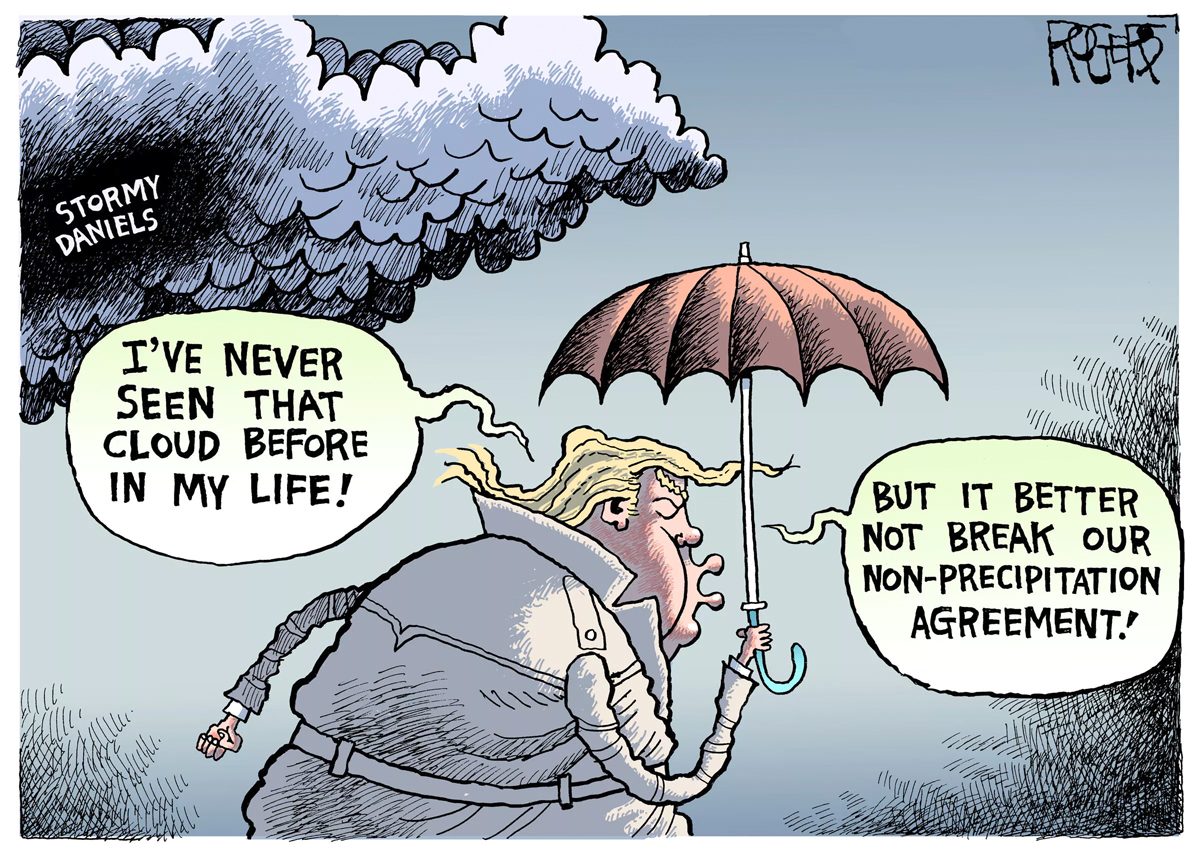 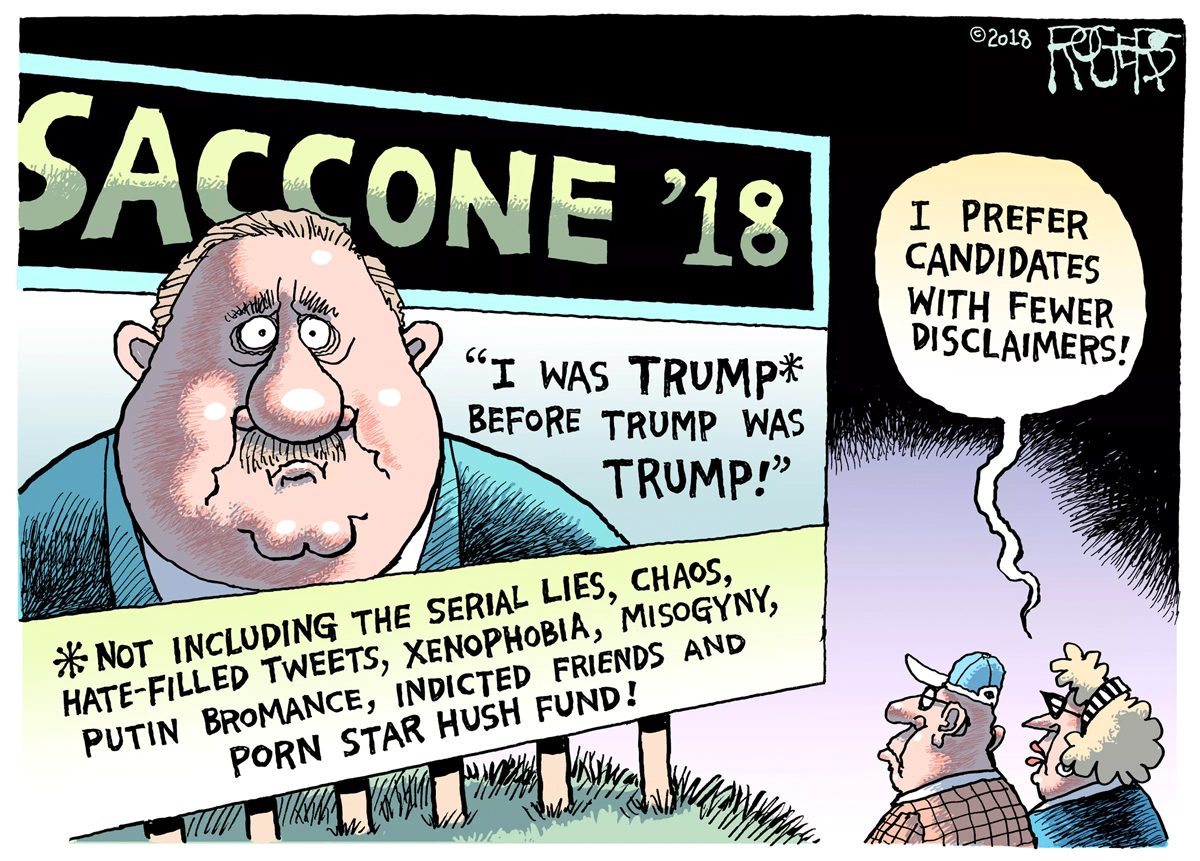 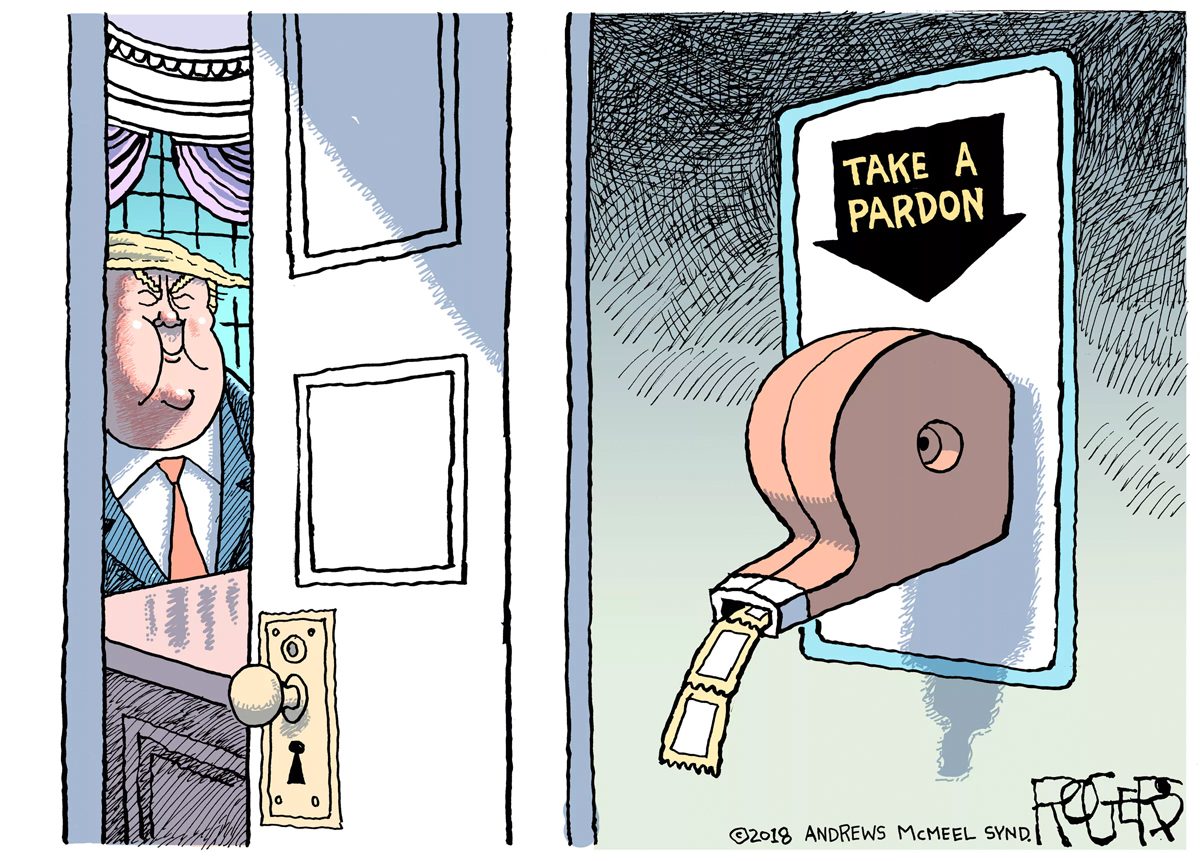 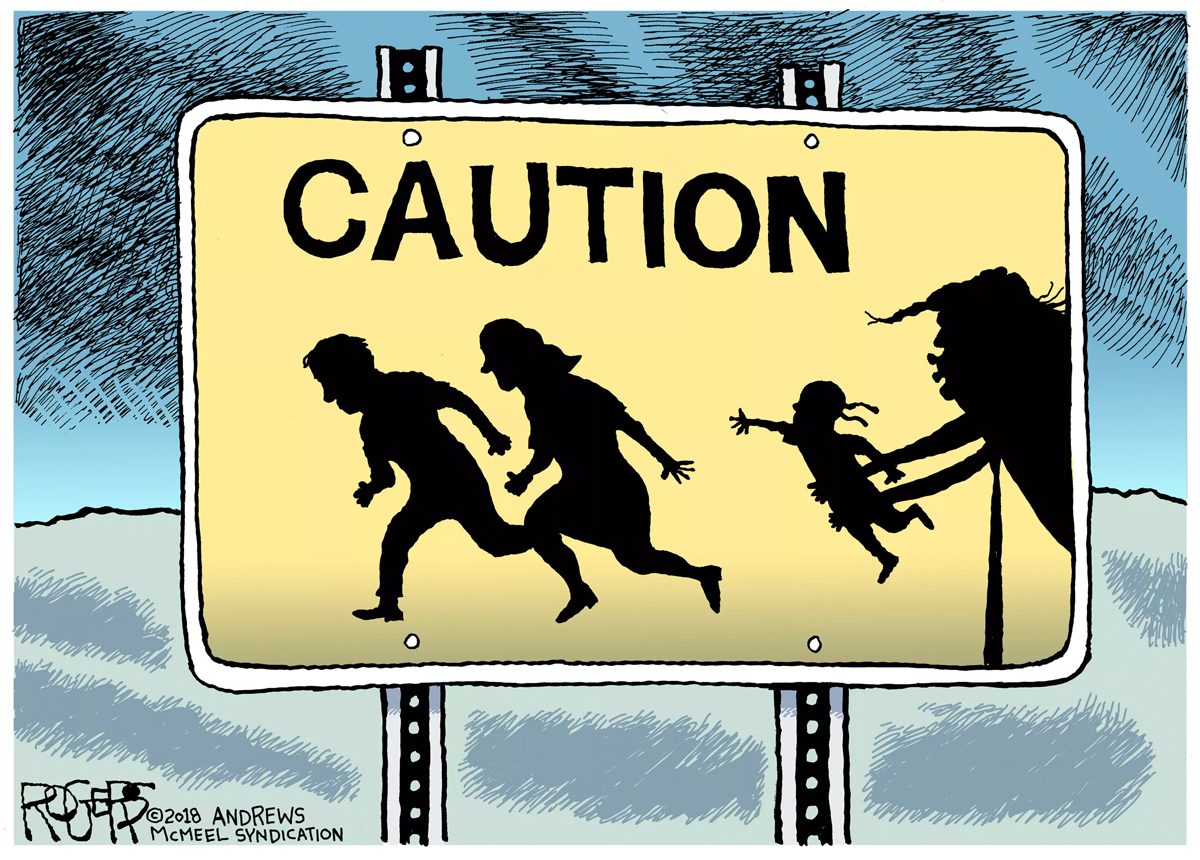 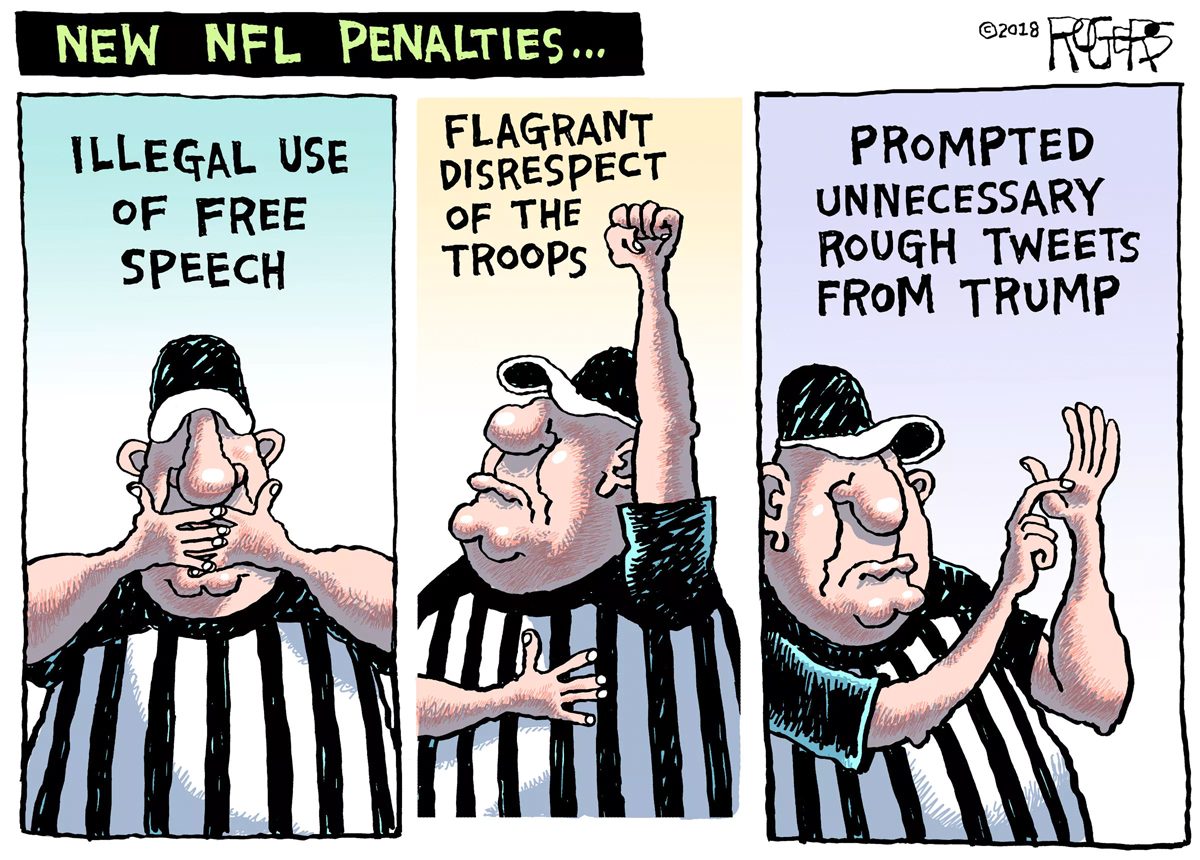 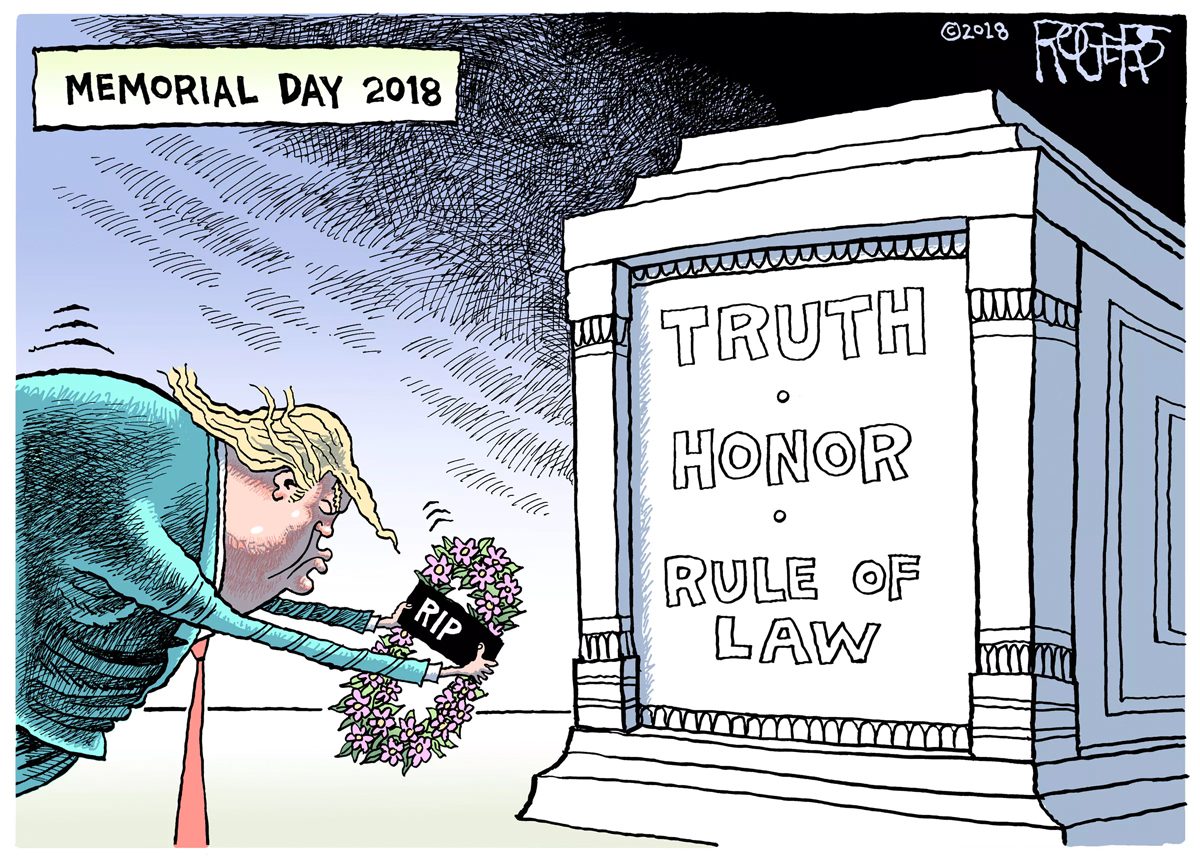 Rob Tornoe
I cover COVID-19, the media, and national stories that have interest in Philly. I also draw cartoons.