George H.W. Bush, the 41st president of the United States and father of the 43rd, died Friday at his home in Houston. His passing has prompted nationwide reflection on his single-term presidency, his most controversial decisions, and his service legacy. Like many other commentators, cartoonists are celebrating Bush especially for his reputation of decency and his family life.

A big piece of Bush’s legacy was “volunteerism,” or his promotion of America’s service volunteers who he said improved the country as “a thousand points of light … spread like stars throughout the nation.” 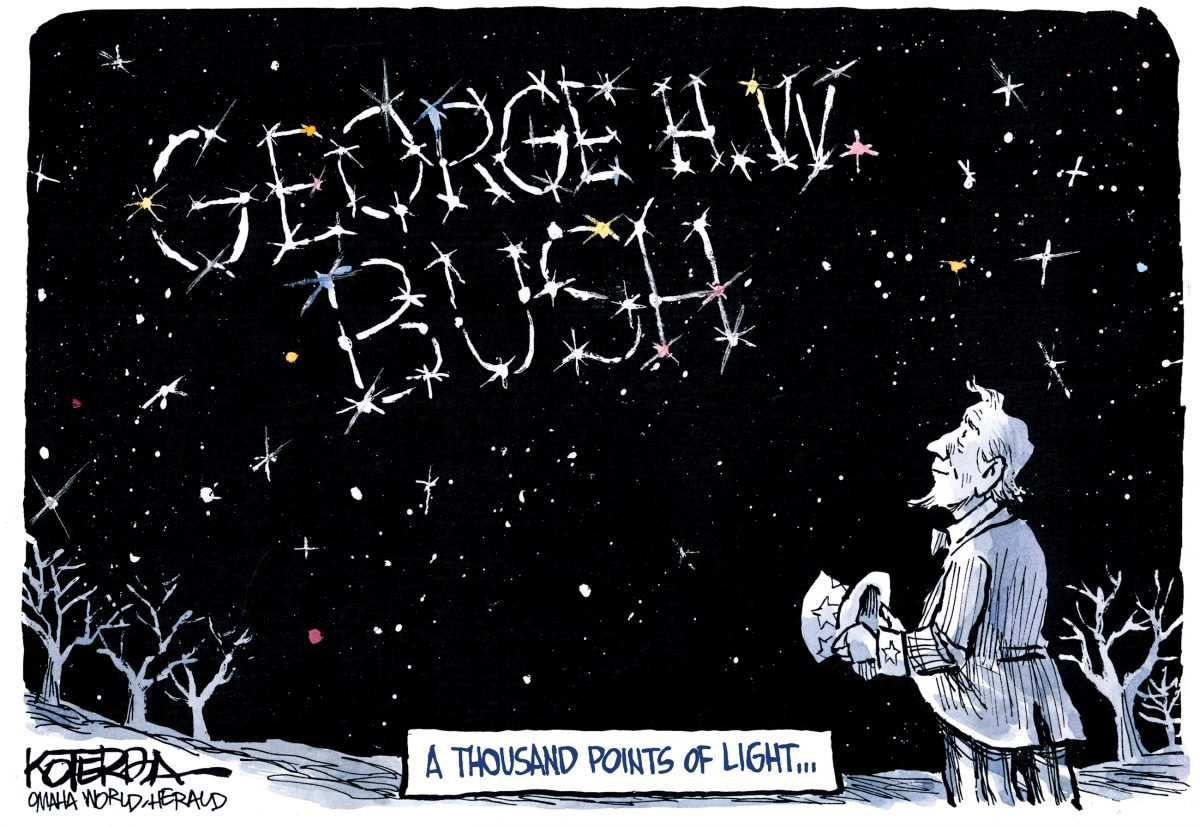 Tom Brokaw called him "the last president of the Greatest Generation," a reference to those who grew up during the Great Depression and fought World War II, or whose labor helped win it.

An officer and a gentleman

Bush served in World War II and became an officer in the Naval Reserve just shy of his 19th birthday, making him one of the Navy's youngest flying officers.

When a young Barbara Pierce first met her future husband George, she "thought he was the most beautiful creature [she] had ever laid eyes on." They raised six children together, and Barbara passed away in April.