The evidence is scattered around the workroom behind MIO Culture's tiny storefront: A box of cardboard models — a toy airplane, a votive holder — contains the results of a brainstorming session on potential reuses for factory discards. Prototypes of the three-dimensional drop-ceiling tiles MIO debuted in May hang overhead. And pink and blue color chips, tossed across the table, are new-this-season hues for the company's popular modular partition system, Nomad.

These seemingly disparate items all aim to transform consumer culture by infusing it with what owner Jaime Salm calls "green desire." In other words, by designing such irresistible sustainable products, he hopes to tempt people away from making irresponsible choices.

Salm first experienced green euphoria when tackling his senior project at University of the Arts. The goal was to transform waste into something valuable, so he made a series of bowls and stools from Fibrid, a molded paper used for packaging and disposable planters. After a visual merchandiser at Anthropologie commissioned Fibrid signs, Salm figured he could hang his own shingle. He bought Business Plans for Dummies, picked a company name and brought his brother on board to manage the business end.

MIO's breakthrough came in 2004 with the modular wallpaper called V2 — but only after some trial and error. Version 1, launched in 2003, caught the eye of a buyer at wall-coverings company Wolf-Gordon, but a meeting with a higher-up was brutal. "When we left, we were dejected," says Salm, "but in our notes we had the blueprint to make it better." They poured all their money into the second version, which was touted in the New York Times and Better Homes & Gardens, and featured in the HGTV show I Want That. It promptly went into back order.

"Originally I was driven by materials and processes," says Salm, "I was very experimental and not driven by the marketplace." When he discovered an 88-year-old Philadelphia millinery called S&S Hat Co., he was inspired to collaborate with the factory, using the original wooden hat blocks dating to the 1800s to debut innovative 100 percent felt pendant and table lamps using fluorescent bulbs. MIO and S&S followed up with SoftBowls, three styles of molded-wool bowls that are essentially upside-down hats.

Recently he's taken his design thinking deeper by better matching consumer behavior and demand with materials. "After getting feedback and photos from customers of how they're using our wallpaper or lamp," he says, "I realized, 'OK, customization is what they're after.' Customization is the future."

Why "MIO Culture": MIO, which means "my" in Spanish (Salm is a native Colombian), transcends language barriers and is easy to apply graphically to products. And "culture" denotes the existence of a philosophy behind the brand. "You need to be about a concept," Salm says. "If you're just designing stuff, that's not exciting."

Home base: In a former fortune cookie factory, sandwiched between a tofu factory and an industrial kitchen supplier for the Chinese American market.

Salm's home decor philosophy: Keep it sparse and uncluttered. He's got nothing on the walls, no TV, and no Internet connection in the apartment he shares with his brother, Isaac.

On managing sibling scuff-ups: "Keep in mind that even when you have disagreements, you're always pulling in the same direction."

Party philosophy: Impromptu and DIY — Salm has been known to blow up an inflatable kiddie pool for pool parties at MIO's HQ and also holds movie screenings, projecting films onto the warehouse wall. (Check his website for coming events.)

You can also see MIO designs at: Most Neiman Marcus stores, and on the set of Rigoletto at a French opera house.

THE TWO PRODUCTS: (left to right) 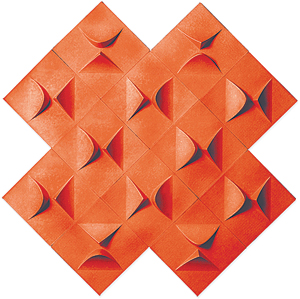 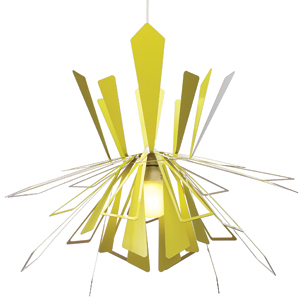 Caroline Tiger is a design writer in Philadelphia. Visit her blog at design-phan.com.